Can a Vehicle be Impounded for Excessive Window Tint?

Once the officers determined that it would be necessary to impound the vehicle, they were authorized to inventory the contents of the vehicle prior to towing it. And Officer Davis’ bodycam footage of the inventory search establishes that the inventory was being properly conducted when he discovered the pistol that was loose in the front compartment.

Columbus Police Officer Matt Dover and Officer Chris Davis were working community response duty in Columbus on Saturday March 9, 2019, around 6 p.m., and were driving on South Ohio Avenue driving west on Sycamore Street, they saw a legally parked white car and could hear LOUD music emanating from it.  A male later identified as Mr. Darayl Hall-Johnson, was standing next to the car. 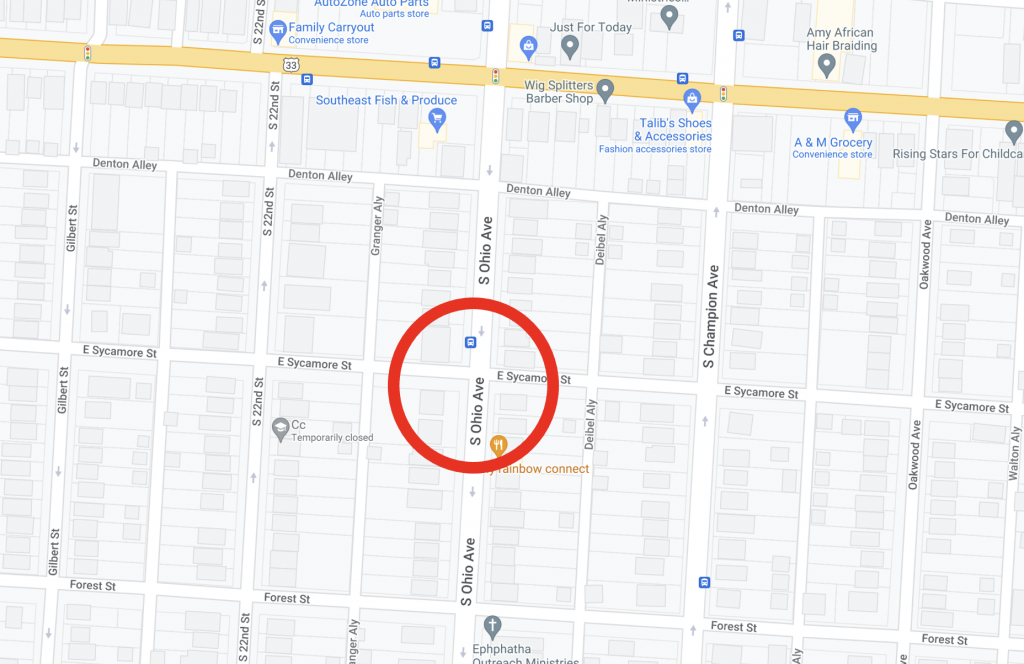 Officers Dover and Davis observed and heard the loud music emanating from Mr. Hall-Johnson’s car at the intersection of South Ohio Street and Sycamore Street on the Southeast side of Columbus.  What happened next led to an arrest and appeal.  Were the officers lawful when they impounded Mr. Hall-Johnson’s car?

Officer Dover radioed a request to another officer to bring a tint meter to the scene, but that officer did not arrive for approximately eleven minutes. The interaction between the officers and Mr. Hall-Johnson was captured on body worn cameras.

Mr. Hall-Johnson is directed to stand near the cruiser under the watch of Officer Davis during this delay.Ultimately, the second cruiser arrived with the tint meter and gave it to Officer Dover, who approached Mr. Hall-Johnson’s car, opened the driver side door, measured the tint level of the door in front of Mr. Hall-Johnson, and reported that it is a prohibited level of tint.

Mr. Hall-Johnson was subsequently charged with improper handling of a firearm and thereafter filed a motion to suppress the fruits of the search, arguing that the officers conducted an illegal stop and search of his vehicle.

Officer Dover later testified that “[W]hen we looked for where the loud music was, we saw the car had dark window tint and we couldn’t see really what was going on inside the car, basically shadows moving around.”.

Q: In the meantime, I just want to make sure I understand. To your knowledge, if there’s an equipment violation, towing the car is always what CPD would advise that you do?

Officer Dover: I mean, it depends on the totality of the circumstances, like always; but there’s no we’re always going to tow the car, unless there’s no ops and there’s no legal driver.

Q: What makes this one, in the totality of the circumstances, more than a window tint ticket?

Officer Dover: Well, the window tint is at 50 percent. It’s hard to see out, especially this day when it was raining and cloudy, and he said he was going to drive back two and a half hours to wherever Ohio. I think it was north Ohio.

Q: Uh-huh. When you talk about equipment violations and the totality of the circumstances, the prosecuting attorney asked you about it and you said it’s an officer safety issue, correct?

Q: Just for the record, there’s nothing illegal except for the window tint violation, right up until an administrative search is done pursuant to towing, correct?

Officer Dover: Like illegal in the vehicle, other than loud noise?

Q: Okay. And your belief with regard to the towing policy is that any equipment violation, except for the license violation, is sufficient to tow and do an inventory search of a vehicle, correct?

Q: Sure. When you see somebody shuffling around inside a car with illegal window tint, you said based on your training and experience, that might be something illegal.

Officer Dover: I don’t believe so. I think I said I believed the window tint to be illegal because I couldn’t see him moving around in the car.

Q: Tell me what about the illegal window tint, in your assignment that day, made him somebody that you wanted to interact with, where you might not react to a minor misdemeanor.

Officer Dover: Well, we — again, we heard the loud noise, the loud music. We stopped to see who it was. We saw the window tint, and before we could finish running the license plate, the defendant jumped out of the car.

Q: All right. And you heard your partner say at 18:05:14, before the window tintometer got there, “We should impound his vehicle,” correct?

Officer Dover: Yes, but I did not hear that the defendant admitted to illegal window tint.

Q: Okay. In your mind, this wasn’t worthy of towing because you hadn’t heard the admission. You needed to see the meter give a read-out, right?

Q: Okay. When you looked at the car, you didn’t see reasonable suspicion, probable cause, whatever word we’re using. You didn’t see enough to tow the car at this point?

Officer Dover: No. I had reasonable suspicion that the tint was illegal, but I didn’t have probable cause.

Following the hearing, the trial court took the motion under advisement, and ultimately issued a written decision denying the motion:  Regarding the search of the Defendant’s vehicle, this Court finds the inventory search to also have been a proper exercise of the officers’ lawful impoundment of an unsafe vehicle. An inventory search is “a well-defined exception to the warrant requirement.” An inventory search of a vehicle and its contents does not violate the Fourth Amendment when the vehicle is lawfully impounded by police and the search is conducted according to standard procedure.

A tint of 35% on a vehicle’s windows means that 65% of light is blocked from going into the vehicle. Such darkness, according to Officer Dover’s training and experience, makes it difficult for the operator of a motor vehicle to effectively see through the windows, especially at night. Officer Dover testified that the encounter with Mr. Hall-Johnson took place at around 6:00 in the evening and the weather was rainy and cloudy, making driving with the tinted windows even more unsafe than usual. Additionally, illegally tinted windows present a hazard to law enforcement officers, as they are unable to see the activities of a driver and occupants while approaching a vehicle during a traffic stop.

Finally, the officers were concerned that Mr. Hall-Johnson’s was not from the area and that he did not display a willingness to correct the violation in the near future, as he informed the officers that his vehicle had possessed the illegal windows for at least a year.  Given the equipment violation on the defendant’s vehicle and the determination that it was unsafe to operate, the officers were legally authorized to impound the vehicle pursuant to C.C.C. 2107.01 and the subsequent inventory search was conducted according to standard procedure. As such, the inventory search of the defendant’s vehicle was proper and not in violation of the Fourth Amendment.  Mr. Hall-Johnson subsequently entered a no contest plea, was found guilty, and was sentenced to a two-year community control sanction according to law.

The question in this case is whether the detention of Mr. Hall-Johnson and the subsequent impoundment and inventory search of his vehicle was warranted under Terry v. Ohio, 392 U.S. 1 (1968).  Mr. Hall-Johnson’s tint was dark enough for them to develop a reasonable suspicion that it was illegal, giving the officers cause to investigate further and call for a tint meter. As Officer Dover correctly testified at the suppression hearing, at that point “I had reasonable suspicion that the tint was illegal, but I didn’t have probable cause.”

Mr. Hall-Johnson next contends that “[E]ven if the officers had reasonable suspicion to stop [him], they unlawfully impounded and inventoried his vehicle.”.

[O]nce the officers confirmed that the window tint level of Mr. Hall-Johnson’s vehicle was illegal, they were authorized to tow Mr. Hall-Johnson’s vehicle. Officer Dover’s testimony established that even though patrol officers have some discretion whether or not to tow a vehicle, that the officers properly considered the weather and the length of the drive ahead of Hall Johnson in concluding that it would be unsafe for him to drive the vehicle with that tint level.

Once the officers determined that it would be necessary to impound the vehicle, they were authorized to inventory the contents of the vehicle prior to towing it. And Officer Davis’ bodycam footage of the inventory search establishes that the inventory was being properly conducted when he discovered the pistol that was loose in the front compartment.

We therefore conclude that the trial court’s analysis of the approach, stop, and seizure of Mr. Hall-Johnson’s vehicle was correct, and that the subsequent inventory search of the vehicle was lawful. Mr. Hall-Johnson has not shown that the officers in this case acted in violation of the Fourth Amendment, and we accordingly overrule his single assignment of error and affirm the judgment of the Franklin County Court of Common Pleas.

This case was decided by the Tenth District Appellate Court and is only binding in Franklin County, Ohio.