Is a Verbal Pat Down Objectively Reasonable?

[W]e find the [verbal] pat down was beyond the pale of reasonableness. 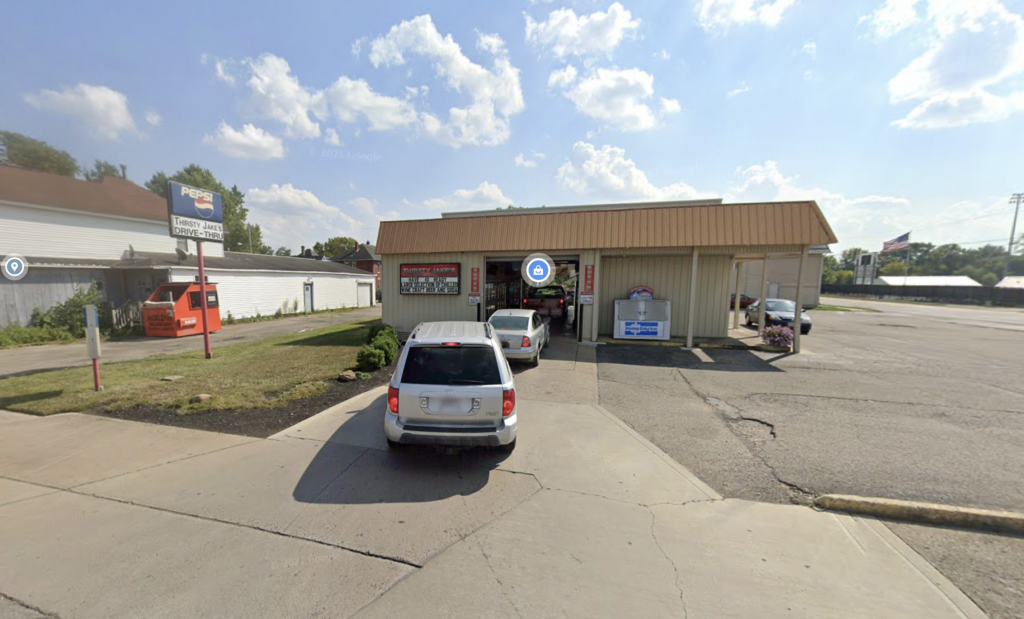 Detectives had Thirsty Jake’s under surveillance when Ms. Megan Barcus and her recidivist car occupant Mr. Jeremy Garcia were observed. The events that followed led to an arrest and appeal.

Detective #2 was conducting drug surveillance at Thirsty Jake’s. He heard Det. #1’s radio call and observed Ms. Barcus and Mr. Garcia leaving in Ms. Barcus’s vehicle. He followed the vehicle until it stopped. He observed Mr. Garcia exit the vehicle and enter a garage. There were numerous complaints that the garage was being used for drug trafficking – the first of many coincidences in this case. Mr. Garcia exited the garage and returned to the vehicle. Det. #2 observed the vehicle drive away and negotiate a turn without signaling. Det. #2 was familiar with both Ms. Barcus and Mr. Garcia from past interactions. He knew Mr. Garcia was on parole at the time and Ms. Barcus did not have a driver’s license. He stopped the vehicle. Det. #2 stated his job duty was drug interdiction and not traffic control. He testified “[H]e was concerned about guns in most stops he conducts, and that he would treat it differently than a regular traffic stop.” He further testified “[H]e was familiar with Mr. Garcia, that he was concerned about his possession of a firearm, and that he would desire to pat him down immediately.”

State’s Exhibit 1 is a video of the stop from a cruiser camera. It does not contain audio between the parties. At 9:48, the vehicle is stopped. At 9:48/9:49, an officer approaches the vehicle, speaks to Ms. Barcus who was driving, and then Ms. Barcus and Mr. Garcia exit the vehicle. Ms. Barcus is wearing a short crop top and a tight pair of pants with a belt. Her midriff is exposed and her waistband is in plain view. At 9:50, a pat down was conducted of Mr. Garcia. It lasted approximately thirty seconds. No weapons or contraband were found. He was not placed under arrest. At 9:51, a limited pat down was conducted of Ms. Barcus. An officer pats down the two front pockets of Ms. Barcus’s pants with the front of his hands. It lasted approximately six seconds. Immediately thereafter Ms. Barcus pulls a lighter from her front pocket to light her cigarette. Ms. Barcus and Mr. Garcia were then directed to lean against the hood of the police cruiser. Their backs are to the camera. At 9:54, a thorough search of the vehicle was conducted pursuant to consent. At 10:00, the officer searching the trunk finds a jacket therein. Ms. Barcus asks for her jacket because it was chilly out. After searching the pockets, the officer hands Ms. Barcus the jacket which she puts on.

Adult Parole Authority Detective #3 supervises Mr. Garcia on post release control. She was called to the scene and appears at 10:00. At 10:04, Det. #3 pats down Ms. Barcus. The trial court noted “[Detective #3] testified the defendant was not on supervision, nor did she have a warrant for the defendant. She patted her down for officer safety.” Det. #3 “testified the earlier patdown had been done with the back of a hand, whereas she did an actual patdown.” The trial court noted Det. #3 “[B]elieved the item she felt was a gun or a knife, and she asked the defendant to lift up her shirt near her belt buckle when she could see the buckle and noticed the contraband … [Detective #3] testified that she saw a bag by her belt buckle which looked like methamphetamine”.

The video of the pat down (State’s Exhibit 1) is of little value. At first Ms. Barcus is facing the hood of the police cruiser with Det. #3 standing behind her conducting a very thorough pat down. Ms. Barcus is then turned around with her back to the camera, facing Det. #3, and the pat down continues until Det. #3 holds up a bag containing a white substance. It is unclear whether Det. #3 places her hand down Ms. Barcus’s pants, but it does appear she is reaching down to retrieve something. The pat down lasts for a full minute.

State’s Exhibit 2 is a video from a second police cruiser, but the cruiser is parked in front of Ms. Barcus’s vehicle. Ms. Barcus is behind her vehicle and not in view. The exhibit is of importance because it includes audio of the encounter; however, it is difficult to understand some of the audio due to road noise. The audio at no time indicates Ms. Barcus was placed under arrest or placed in handcuffs prior to the pat down by Det. #3. The audio reveals the pat down included the removal of Ms. Barcus’s shoes.

Ms. Barcus filed a Motion to Suppress her methamphetamine and on August 25, 2021 the trial court denied her motion.  She plead no contest and sentenced her to a term to three to four and a half to prison.  Ms. Barcus filed an appeal to the Fifth District Appellate Court.

The trial court found “[S]ufficient reasonable suspicion of probable cause to stop the defendant for a turn signal violation, as well as operating a vehicle without a driver’s license.” In her appellate brief, Ms. Barcus concurs the stop was reasonable. Having the parties exit the vehicle was not a violation of their Fourth Amendment rights, as “a police officer may order a motorist to get out of a car, which has been properly stopped for a traffic violation, even without suspicion of criminal activity.” State v. Evans, 67 Ohio St.3d 405, 407, 618 N.E.2d 162 (1993), citing Pennsylvania v. Mimms, 434 U.S. 106, 98 S.Ct. 330, 54 L.Ed.2d 331 (1977).

Det. #2 was familiar with Mr. Garcia, knew that he was on parole, and had just observed him exit a garage wherein complained drug trafficking was occurring. Det. #2 expressed his concern about Mr. Garcia’s possession of a firearm; however, no one expressed similar concerns about Ms. Barcus. There is nothing in the record before us to indicate the officers had a “reasonable suspicion” that Ms. Barcus was “armed and dangerous.” It appears Ms. Barcus was patted down because of her association with Mr. Garcia. As stated by the United States Supreme Court in Ybarra v. Illinois, 444 U.S. 85, 91, 100 S.Ct. 338, 62 L.Ed.2d 238 (1979), “[A] person’s mere propinquity to others independently suspected of criminal activity does not, without more, give rise to probable cause to search that person.”

Even in accepting the first cursory pat down of Ms. Barcus as reasonable for being in the company of Mr. Garcia when he entered and exited the garage, a suspected place for drug trafficking, the second pat down of Ms. Barcus was improper as it was not supported by reasonable suspicion. There is no indication in the record that Ms. Barcus was a known criminal, involved in drugs and/or firearms, or was armed and dangerous. There was no testimony of furtive movements between Ms. Barcus and Mr. Garcia. Nothing was found in the search of Ms. Barcus’s vehicle. While consent was given to search the vehicle, no one is claiming Ms. Barcus consented to the search of her person. Ms. Barcus was never placed under arrest or placed in handcuffs prior to the pat down. In fact, during the fifteen minutes between Ms. Barcus exiting the vehicle and her pat down by Det. #3, Ms. Barcus and Mr. Garcia stood around smoking cigarettes and talking and laughing with an officer while another officer searched the vehicle. Ms. Barcus was pulled over for a turn signal violation and driving under a suspended license, yet she was subjected to a thorough pat down search without any reasonable suspicion that she was armed and dangerous or any articulable facts of criminal activity. In fact, her pat down was far more intrusive and aggressive (a full minute) than the pat down of Mr. Garcia (thirty seconds) who Det. #2 was concerned with.

Further, in its August 25, 2021 judgment entry at 3, the trial court found “[T]he methamphetamine was found in plain view of the defendant upon being asked to raise her shirt because of a hard item located under her shirt near her belt buckle.” Ms. Barcus did not have to raise her shirt because she was wearing a short crop top. Her midriff was exposed and the waistband of her pants was clearly visible. If the bag of methamphetamine was in plain view, it would have been in plain view to the other officers on the scene prior to Det. #3’s arrival.

Upon review, we find the pat down was beyond the pale of reasonableness. The trial court erred in denying the motion to suppress.  The sole assignment of error is granted.

Does your agency train on the Verbal Pat Down Doctrine?