What is in Bandit’s Paper Bag?

A Felony of Course … But Which One?

On Monday November 27, 1978, a confidential reliable informant who had previously proved to be reliable telephoned Detective Marcum of the District of Columbia Police Department and told him that an individual known as “Bandit” was selling narcotics kept in the trunk of a car parked at 439 Ridge Street. The informant stated that he had just observed “Bandit” complete a sale and that “Bandit” had told him that additional narcotics were in the trunk. The informant provided Det. Marcum a detailed description of “Bandit” and stated that the car was a “purplish maroon” Chevrolet Malibu with District of Columbia license plates. 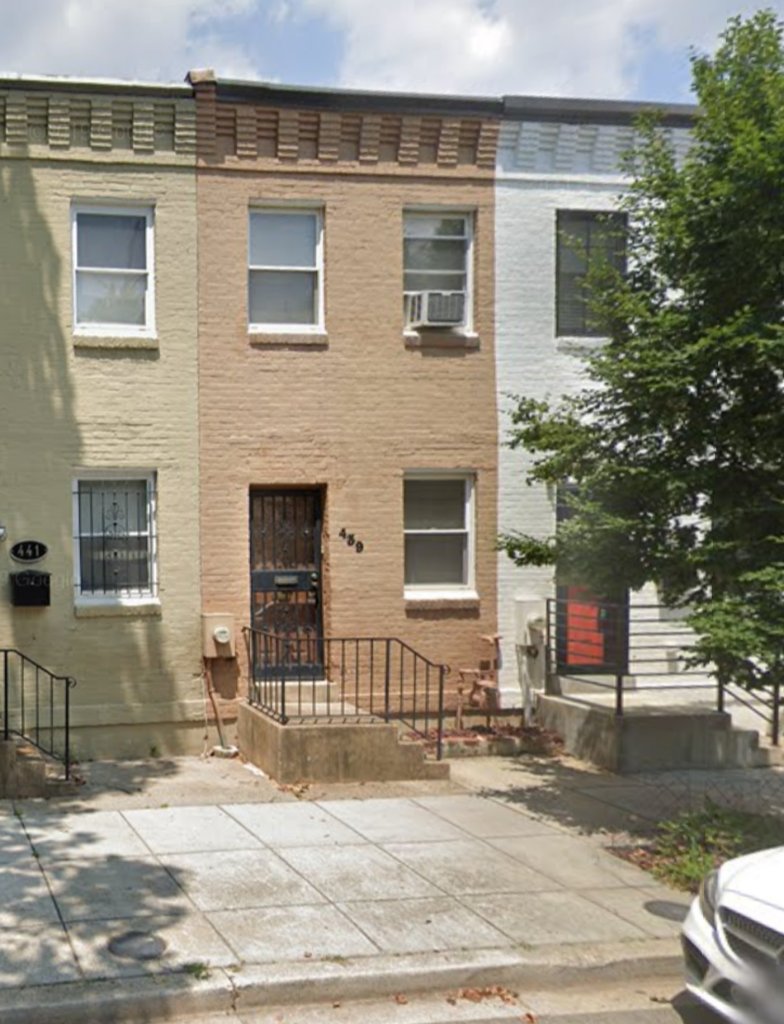 A maroon Chevrolet Malibu was parked here in front of 439 Ridge Street, Washington D.C. where the confidential reliable informant told law enforcement the car containing heroin would be parked.

Accompanied by Det. Cassidy and Sgt. Gonzales, Det. Marcum immediately drove to the area and found a maroon Malibu parked in front of 439 Ridge Street. A license check disclosed that the car was registered to Albert Ross; a computer check on Ross revealed that he fit the informant’s description and used the alias “Bandit.” In two passes through the neighborhood the officers did not observe anyone matching the informant’s description. To avoid alerting persons on the street, they left the area.

The officers returned five minutes later and observed the maroon Malibu turning off Ridge Street onto Fourth Street. They pulled alongside the Malibu and observed that the driver matched the informant’s description and stopped the car. Det. Marcum and Det. Cassidy told the driver later identified as Mr. Albert Ross, to get out of the vehicle. While they searched Mr. Ross, Sgt. Gonzales discovered a bullet on the car’s front seat. He searched the interior of the car and found a pistol in the glove compartment. Ross then was arrested and handcuffed. Det. Cassidy took Ross’ keys and opened the trunk, where he found a closed brown paper bag. He opened the bag and discovered a number of glassine bags containing a white powder. Cassidy replaced the bag, closed the trunk, and drove the car to headquarters.

At the police station Det. Cassidy thoroughly searched the car. In addition to the “lunch-type” brown paper bag, Det. Cassidy found in the trunk a zippered red leather pouch. He unzipped the pouch and discovered $ 3,200 in cash. The police laboratory later determined that the powder in the paper bag was heroin.

Mr. Ross aka Bandit was convicted of Possession of Heroin with Intent to Distribute in Federal District Court.  His conviction was overturned by the Court of Appeals for the District of Columbia Circuit.  The District of Columbia appealed, and the U.S. Supreme Court held “If probable cause justifies the search of a lawfully stopped vehicle, it justifies the search of every part of the vehicle and its contents that may conceal the object of the search.” Id at 825.

“We have made a somewhat extended reference to these statutes to show that the guaranty of freedom from unreasonable searches and seizures by the Fourth Amendment has been construed, practically since the beginning of the government, as recognizing a necessary difference between a search of a store, dwelling house, or other structure in respect of which a proper official warrant readily may be obtained and a search of a ship, motor boat, wagon, or automobile for contraband goods, where it is not practicable to secure a warrant, because the vehicle can be quickly moved out of the locality or jurisdiction in which the warrant must be sought.” Id at 153. [emphasis added]

Information for this article was obtained from: