Wh(r)en is it lawful to stop a vehicle?

U.S. Supreme Court holds law enforcement may use the pre-text of a traffic violation to stop a vehicle for entirely different criminal investigation.

The early 1990’s was the height of the crack epidemic in Washington D.C.  So much so that Washington D.C. Mayor Marion Barry was arrested for possession of crack cocaine on January 18, 1990 during a sting operation.  In June 1993, the same month as the traffic stop that led to this case, there were ten homicides in a thirty-six-hour period see Keith A. Harrison, Violent 36 Hours Leaves 10 Slain Across District, Wash. Post, June 24, 1993, at D1. The crack epidemic was systemic, so Metro focused on drug arrests to reduce the number of homicides.  There was one cocaine arrest that clarified the landscape of using traffic violations as pre-text to investigate other crimes.

On the evening of Thursday June 10, 1993 co-conspirators James Brown and Michael Whren were arrested by the Washington D.C. Metropolitan Police Department [hereinafter Metro] for Intent with to Distribute 50 grams or more of crack cocaine.  Vice Officers Homer Littlejohn and Efrain Soto were on patrol and observed a red Nissan Pathfinder with temporary tags [interesting how so many appellate cases involve vehicles with temporary tags] fail to use signal at the intersection of Ely Place and 37th Place as it made a turn.  The Pathfinder, driven by James Brown, sat at the stop sign for approximately twenty seconds as both the passenger, later identified as Michael Whren, both looked down into the lap of Mr. Whren. 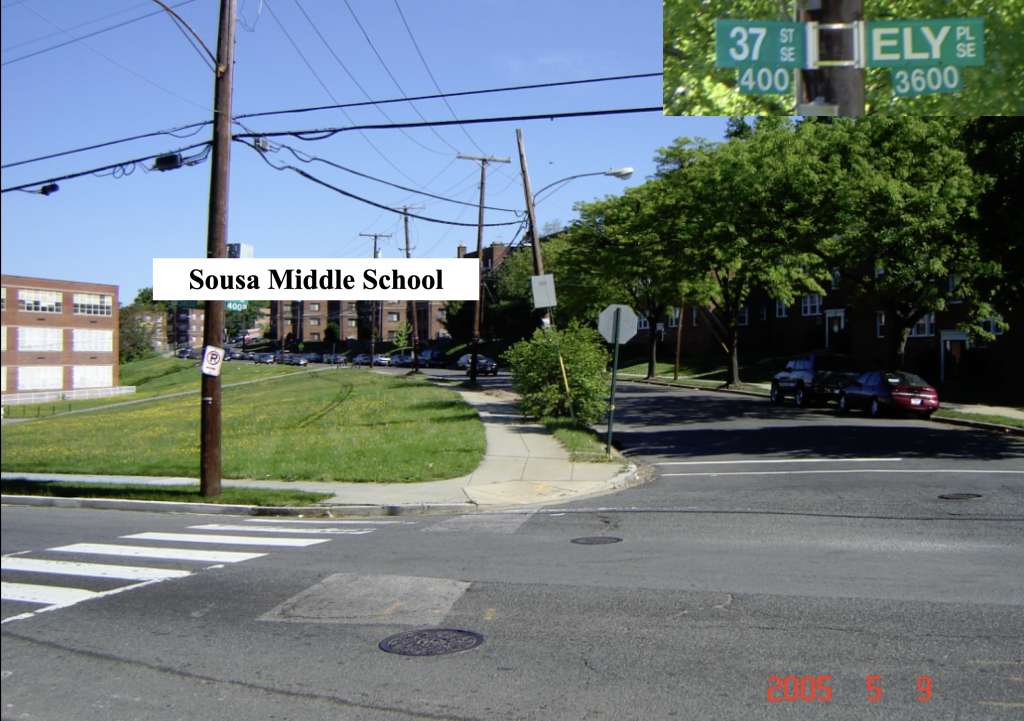 At 37th and Ely Place is the intersection where Mr. Brown failed to signal.  Since the arrest was near a school it enhanced the penalty of the drug charges. I had the opportunity to visit this intersection about nine years after the case was decided.

The officers followed the Pathfinder to the intersection of Ely Place and Minnesota Avenue.  The officers got out of their unmarked cars and walked up to the Pathfinder as it waited for the red light to cycle.  As they approached and identified themselves as Metro PD, Officer Soto observed Mr. Whren holding a baggie in each hand that contained suspected crack cocaine.  Officer Soto yelled “C.S.A.!” which was an acronym for the Controlled Substance Act.  Mr. Whren retorted “Pull Off! Pull Off!!”.  The officers converged on the interior of the car and arrested both Mr. Brown and Mr. Whren. During a vehicle inventory the officers recovered two tin foils containing marijuana laced with PCP, a bag of chunky white rocks and a large white rock of crack cocaine from the hidden compartment on the passenger side door, numerous unused ziplock bags, a portable phone and personal papers.  The Pathfinder was like an ice cream truck … except for narcotics. 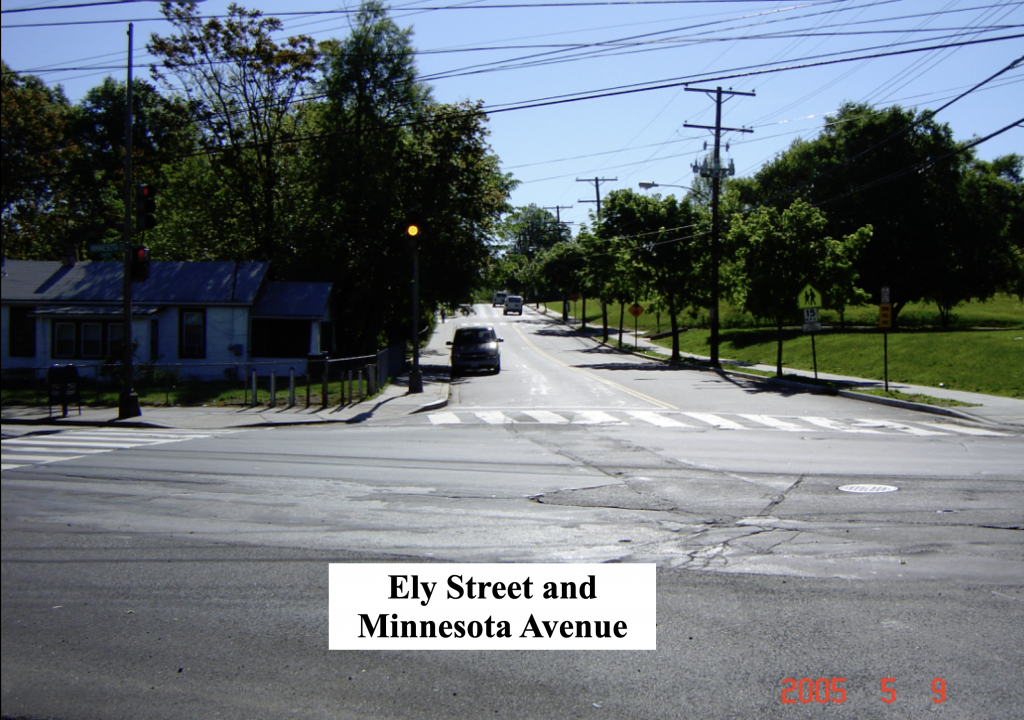 Though not seen in this photograph there is a traffic light at this intersection.  As Mr. Brown waited for the light to cycle Metro Officers Littlejohn and Soto got out of there unmarked cars and arrested co-conspirators Mr. Brown and Mr. Whren.

Co-conspirators James Brown and Michael Whren were tried, convicted and sentenced to 14 years in prison each.  They appealed on the grounds that they were unlawfully stopped in violation of the Fourth Amendment Unreasonable Search and Seizure and the Fourteenth Amendment Equal Protection Clause.  The latter, because the officers racially profiled Mr. Brown and Mr. Whren as both were black.  The U.S. Supreme Court held “[T]he District Court found that the officers had probable cause to believe that petitioners had violated the traffic code.  That rendered the stop reasonable under the Fourth Amendment.”.  Id at 819. Part of Mr. Brown’s and Mr. Whren’s argument was that the officers had violated Metro policy that stated in pertinent part, plain clothes officers may conduct traffic stops “[O]nly in the case of a violation that is grave as to pose an immediate threat to the safety of others.”.  Clearly there was nothing in the context of the traffic stop that was an immediate threat to the safety others, so policy was violated.  But that was not the foundation of the court’s analysis nor should it have been.

Also not relevant were the officers’ motivation for the stop, now called the pre-text.  The officers clearly did not stop the car for the turn signal violation.  The defense wanted the U.S. Supreme Court to overturn the case based on Fourteenth Amendment, Equal Protection Clause.  The co-conspirators’ defense team wanted the court to establish a Would Have test – this traffic stop and ALL traffic stops would be valid ONLY if under the same circumstance a reasonable officer would have made the stop absent an impermissible purpose to circumscribe police discretion and attempt to curtail pretextual stops based on race.  Had the court adopted the Would Have test it would overload courts across the land to determine the officer’s motivation which of course has nothing to do with lawfulness or constitutionality of a traffic stop.

Fun Fact:  The Whren traffic stop and Whren U.S. Supreme Court decision occurred on June 10th.  On June 10, 1968 the U.S. Supreme Court decided THE most important legal case in criminal procedure history – Terry v. U.S. 392 U.S. 1 (1968).  It was happenstance that the stop occurred on the anniversary of Terry but I believe that the court has fashioned May 15th, Police Memorial Day and June 10th, the Terry anniversary as special decision days for law enforcement decisions.

Does your agency have regular training on the traffic code and vehicle stops?