[B]ecause the agent [deputy] was actively pursuing an alternate investigation, one untainted by any illegality and took place prior to the misconduct, the methamphetamine should not have been suppressed.

On Sunday October 21, 2018, Clermont County Sheriff’s Deputy Robert Bailey was doing “drug interdiction work,” and was parked near the intersection of Inez Avenue and Airport Road in Tate Township. The deputy described the “general area” as a “high drug area.

While parked near the intersection, Deputy Bailey observed a vehicle commit two traffic violations during its turn at the intersection’s stop sign. Specifically, the driver failed to timely use his turn signal and the vehicle had a loud exhaust system hanging from the bottom of the vehicle. Deputy Bailey stated he made several traffic stops throughout his shift that day, and that it was common for him to initiate traffic stops due to such traffic violations, regardless of whether the violations occurred in high traffic areas or not. 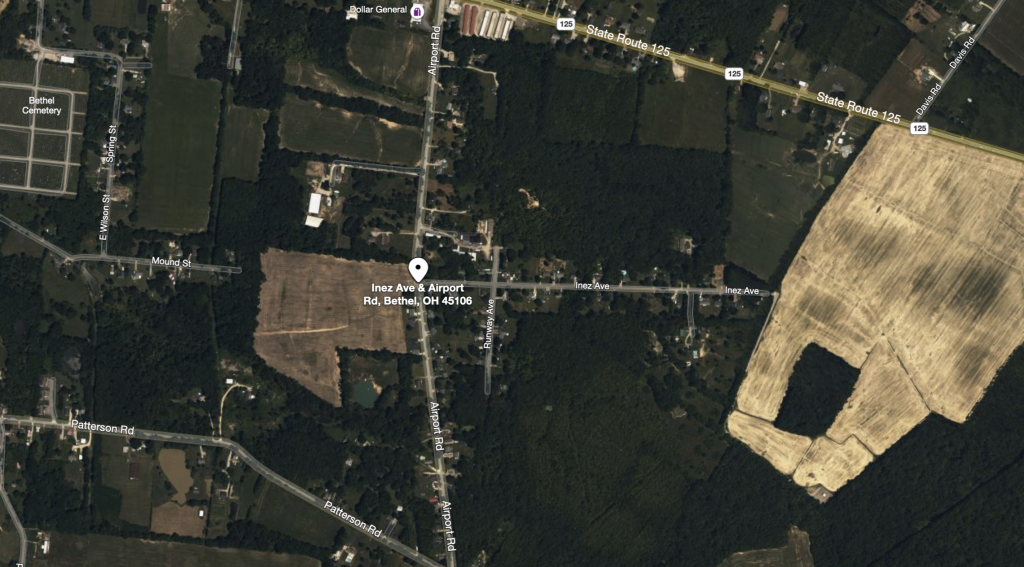 The driver of the vehicle Mr. Maffey and is methamphetamine were passengers, failed to use his turn signal at the intersection of Inez Avenue and Airport Road in Tate Township, Ohio.

After observing the traffic violations, Deputy Bailey initiated a traffic stop at 5:01 p.m. The deputy then retrieved the driver’s identification, and noticed the passenger, later identified as Mr. Michael Maffey, was not wearing a seatbelt. At that point, Deputy Bailey asked Mr. Maffey for his identification, to which Mr. Maffey responded that his name was Michael Davis and his date of birth was March 29, 1960, but he could not recall his social security number. Spoiler alert – Mr. ‘Davis’ was lying.  Deputy Bailey testified “it appeared to [him] * * * that [Maffey] was being reluctant or misleading about his – – who he was and his identification.” Specifically, Deputy Bailey was suspicious of Mr. Maffey’s response because, in his experience, “somebody that age usually knows their Social Security number.”

At that point, Deputy Bailey radioed the department’s communication center to”run” the information provided by Mr. Maffey and the driver. The purpose of radioing in the information was to check the driving status of the driver and to conduct a routine warrant check on the driver and Mr. Maffey. While the communication center was running the information, Deputy Bailey deployed his canine, Mox, for a free air sniff around the exterior of the vehicle. According to Deputy Bailey, Mox started at the front driver-side headlight and worked counterclockwise around the vehicle. During the canine sniff, Deputy Bailey observed that “[a]s [Mox] started rounding the passenger side – the rear passenger side of the vehicle, his respiration increased, there’s a change of behavior, he bracketed to a point where he centralized where an odor of illegal narcotics was emitting from the vehicle, and he gave a positive alert for the odor of narcotics inside of that vehicle at that point.” Deputy Bailey testified Mox’s positive alert indicated there was an odor of illegal narcotics inside the vehicle. 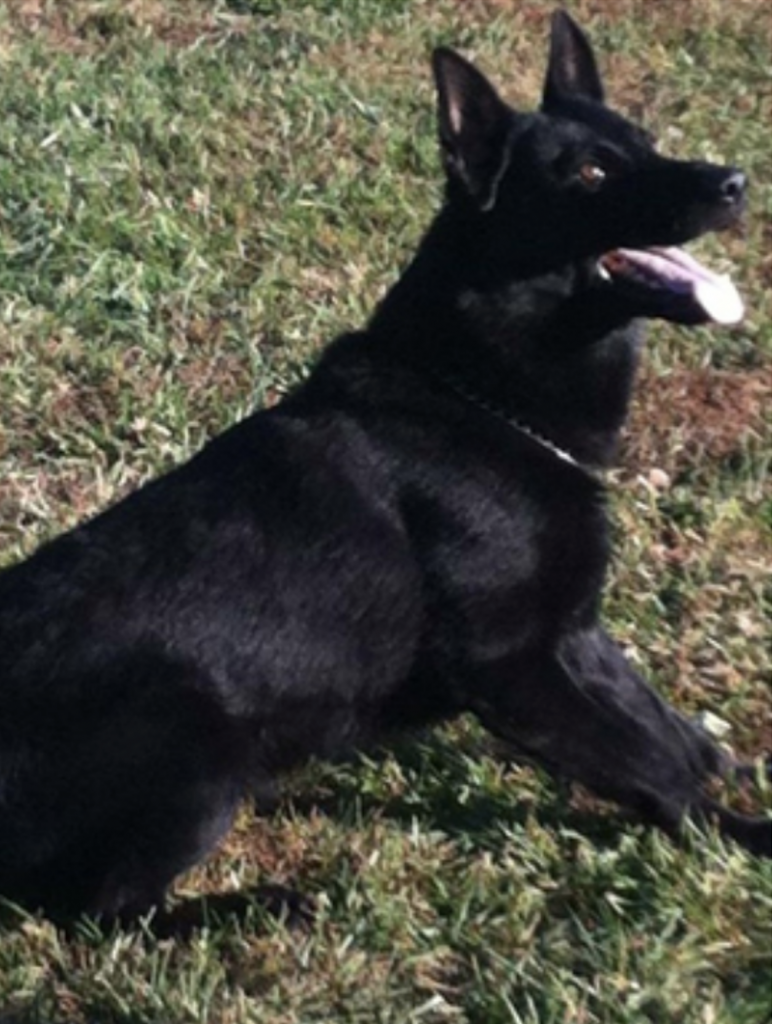 After observing Mox’s positive alert, Deputy Bailey secured Mox in his vehicle and returned to Mr. Maffey and the driver. At that point, dispatch informed the deputy that it could not find any information under the name and date of birth provided by Mr. Maffey. According to Deputy Bailey, this heightened his suspicion that Mr. Maffey provided him with false information.

At that point, the deputy removed Mr. Maffey from the vehicle and placed him in handcuffs. Mr. Maffey was not under arrest at that time but was secured for officer safety. Deputy Bailey explained that, on a prior occasion, he encountered a similar situation where a suspect provided false information to him during a traffic stop and then fled the scene. Deputy Bailey and another deputy engaged in a chase of the suspect, who ultimately stabbed both deputies. That incident, in addition to the fact that the deputy was dealing with Mr. Maffey and the driver by himself, led to the securing Mr. Maffey in handcuffs. For more on handcuffing suspects during an investigative detention see Can a Law Enforcement Officer Handcuff a Suspect During Investigative Detention?.

Deputy Bailey then removed the driver from the vehicle and conducted a pat down for weapons. After removing the driver from the vehicle, the deputy conducted a search of the interior of the vehicle, wherein he discovered a cigarette pack above the passenger-side visor.  The cigarette pack contained a crystal substance, which later tested positive for methamphetamine. According to Deputy Bailey, he would have found the cigarette pack regardless of whether Mr. Maffey informed him of the contraband or not.  Around the time Deputy Bailey discovered the methamphetamine, another deputy arrived on the scene and transported Mr. Maffey to the Clermont County jail.

After consideration of written closing arguments, the trial court granted Mr. Maffey’s motion to suppress, and suppressed the statements made by Mr. Maffey after the pat down, as well as the methamphetamine found in the vehicle after Mr. Maffey’s statements were made. In its decision, the trial court found that Deputy Bailey’s decision to conduct a pat down of Mr. Maffey was reasonable and justified, given the totality of the circumstances, both as a search for drugs and weapons, but concluded Deputy Bailey’s examination of the identification card exceeded the limited scope of a warrantless search of the person as set forth in Terry v. Ohio, 392 U.S. 1 (1968). The trial court also concluded the Inevitable Discovery Doctrine did not apply in this case, as the state failed to prove the deputy was actively pursuing an alternative line of investigation prior to the misconduct.

The State of Ohio/Clermont County Prosecutor’s Office appealed and the Twelfth District Appellate Court reversed the trial court on the basis that Mr. Maffey’s methamphetamine would inevitably be discovered as it held “[B]ecause the agent [deputy] was actively pursuing an alternate investigation, one untainted by any illegality and took place prior to the misconduct, the methamphetamine should not have been suppressed.”.

Does your agency train on Inevitable Discovery Doctrine?