In the early morning hours of Tuesday December 10, 1973 Vermillion, South Dakota Police Officer William Herrick issued a vehicle a parking ticket in violation of a city code that prohibited parking between 2a – 6a in downtown Vermillion on a blue Chevrolet located at 10 West Main Street, Vermillion, South Dakota. At 10a, a meter maid issued a second citation for a parking meter violation and notified Officer Robert ‘Bob’ Frank who requested a tow truck.

Mr. Donald Opperman’s blue Chevrolet was parked unlawfully here at 10 West Main Street, Vermillion, South Dakota.  At the time it was parked in front of the Dallas Jewelry store.  On December 10, 1973 the actions of Officer Robert Frank led to a gift for every law enforcement officer in the United States.

At Officer Frank’s direction the tow truck operator, Mr. Terry Hughes unlocked the car with a tool.  A watch which was seen on the dashboard was secured by the officer and then he opened the glove box to find a baggie of marijuana, which was less than one ounce.  Mr. Donald R. Opperman, the registered owner, was charged with possession of marijuana, tried and convicted. 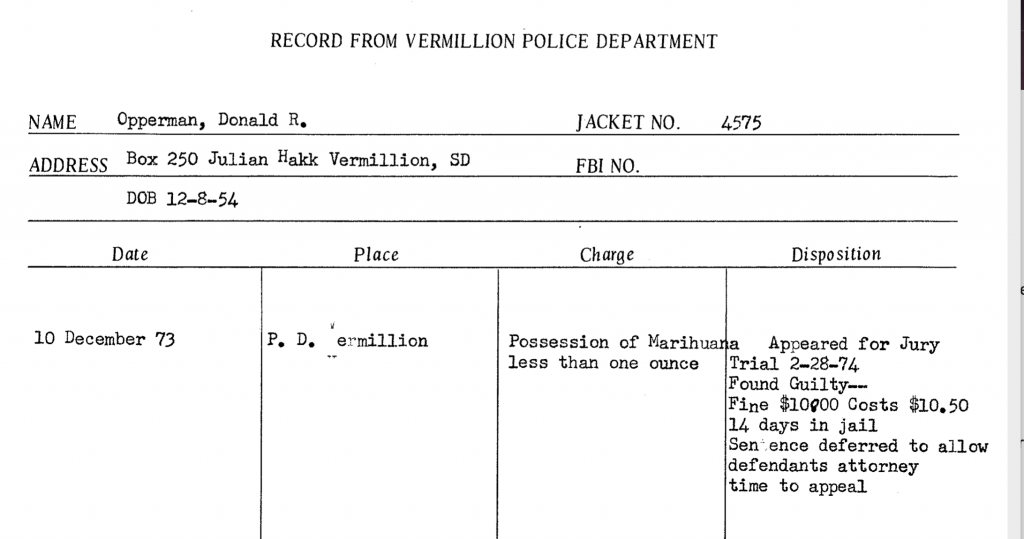 Does your agency train on the Vehicle Impounds and department policy?