Today is the 59th Anniversary of Mapp v. Ohio and we look back how the unlawful activity of a Felon Emeritus applied the Fourth Amendment to state and local law enforcement.

Pay-to-Play, A Bomb and Choir Practice

Felon Emeritus Shondor Birns a notorious Cleveland, Ohio area mobster demanded Kid King pay him regular payments to run numbers in his area of Cleveland.  ‘Numbers’ was an illegal form of gambling that was a precursor to the legal lottery of today.  Kid King paid Birns for a while but believed that this pay-to-play money was better in his pocket rather than Shondor’s.  So, on Monday May 20, 1957 Recidivist Birns reminded Kid King of the importance of his money by removing King’s front porch with a bomb.  Kid King lived at 3713 East 151st Street, Cleveland, Ohio. 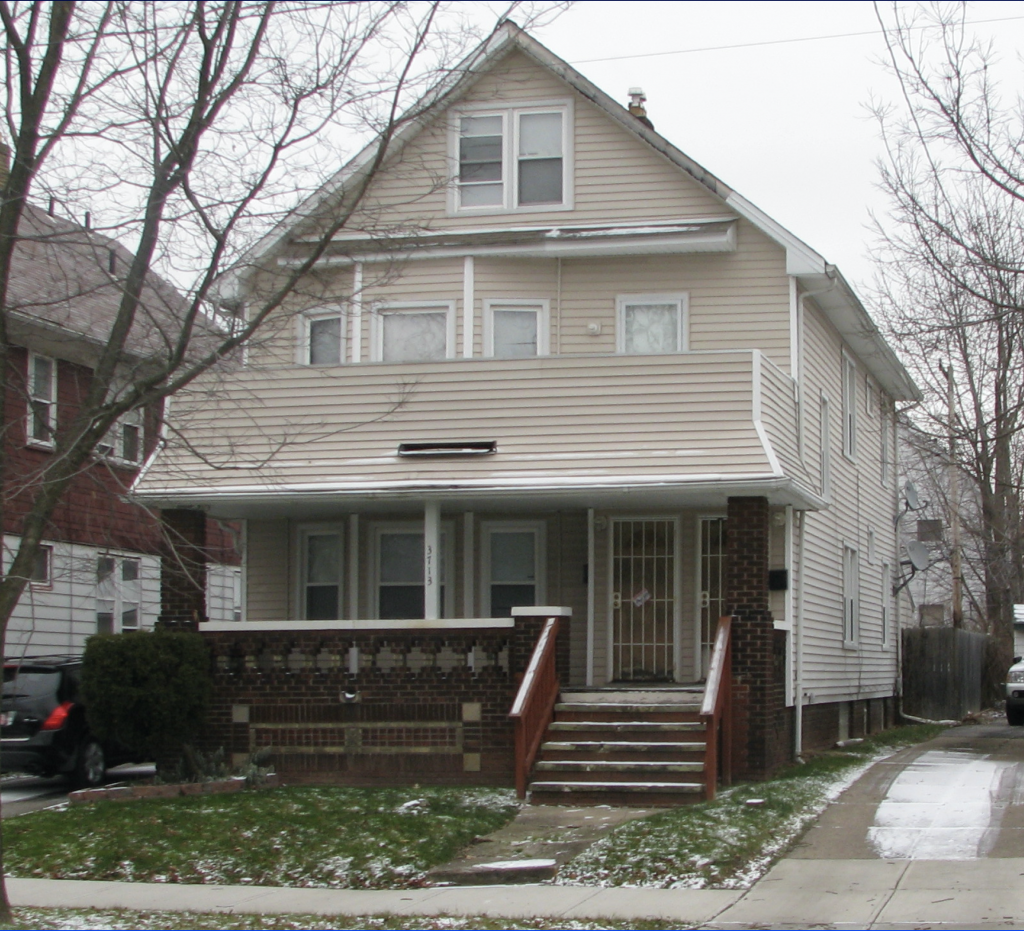 Sgt. Carl Delau of Cleveland Police had just arrived home as he described it from ‘choir practice’ and his phone rang.  Kid King, who would later earn the status of Felon Emeritus, called Sgt. Delau at his home to report the bombing.  Yes, things were much different in the 1950’s where felons would have law enforcement home phone numbers.  Sgt. Delau was in no shape to respond so he called his on-duty teammates who began the investigation.  Sgt. Delau would become lead on the investigation, and he obtained information that the suspected bomber, Virgil Olgetree, and possibly evidence would be found at 14702 Milverton Road, exactly one mile from 3713 East 151st Street.

On Thursday May 23, 1957 Sgt. Delau and two Cleveland Police teammates arrived at 14702 Milverton Road to search for bomb making materials and interview a person of interest.  The detectives were met by the homeowner, Ms. Dollree Mapp.  Ms. Mapp called her attorney, Walter Green [Mr. Green was an associate attorney of A.L. Kearns who would argue the case in front of the U.S. Supreme Court] and refused to let them enter without a warrant. 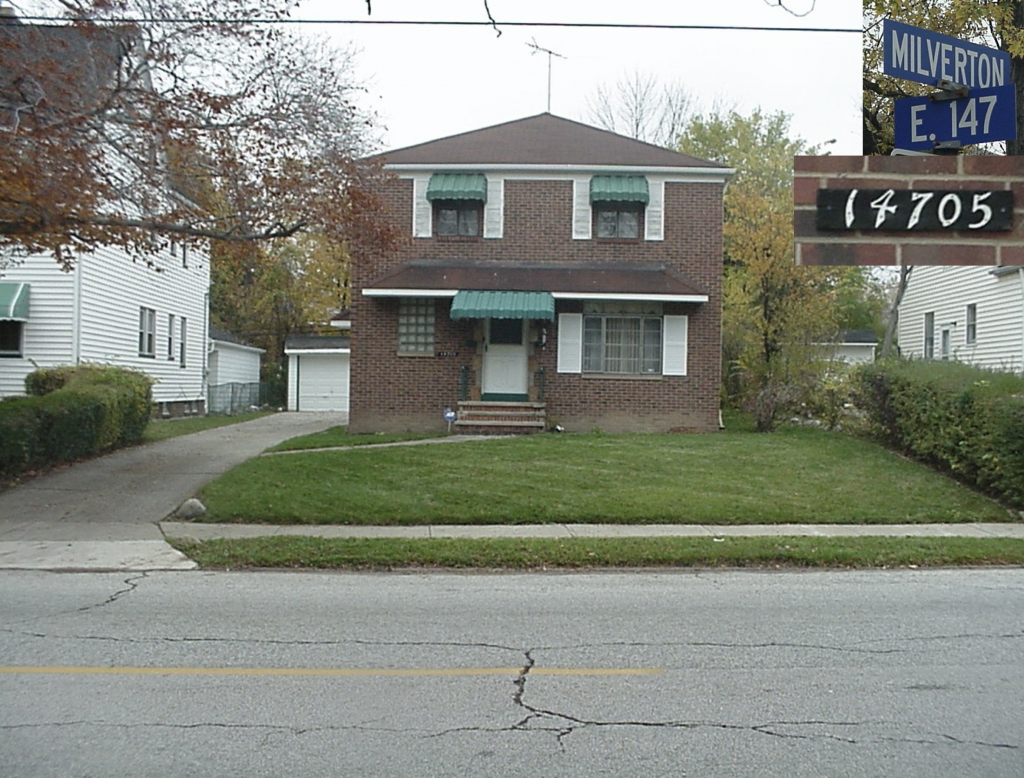 The location of THE most impactful crossing the threshold in law enforcement jurisprudential history – 14705 Milverton Road, Cleveland, Ohio.

A Bomb, A Search and No Warrant is Needed

On Wednesday March 27, 1935 Cleveland Police entered the Lindway residence, without a warrant, to also look for bomb making materials as Mr. Lindway was bombing his former employer’s employees.  On Wednesday May 27, 1936 the Supreme Court of Ohio held “[A] search and seizure made upon an invalid warrant or without any warrant is not unreasonable under the Constitution if the result is procurement of contraband property, the possession of which constitutes an offense.”  State v. Lindway, 131 Ohio St. 166, 177 (1935). This case holding provided law enforcement unbridled access to citizens homes and IF contraband was found it was admissible; hence, the Lindway Rule.

Police Protocol, A Place Not File a Warrant and Memoirs of a Hotel Man

I conducted a phone interview with Capt. Carl Delau [Cleveland Police Ret.] in 2006 and he stated that he did not go in the home when Ms. Mapp refused even though under Lindway he did not need a warrant.  He explained this to the lieutenant who left the scene and a different lieutenant returned with a ‘warrant’.  When the lieutenant gave Sgt. Delau the document; he did not review the document.  This would comport with unwritten organizational protocol inasmuch as a subordinate is not going to check the work of a superior. Most especially on a document they both know they don’t need.  Sgt. Delau showed Ms. Mapp the ‘warrant’ and she grabbed it and placed it in her bosom.  Since that was not Ms. Mapp’s document and not a proper filing location, Sgt. Delau retrieved the document.  That document, the alleged ‘warrant’, was never to be seen again hence there was no official warrant.  During my 2006 phone interview with Capt. Delau he explained that the actual document was likely an affidavit to obtain the unneeded warrant but was it was not an actual warrant.  No matter what the document was or was not, the document was never introduced as evidence.

Upon entering the home and after the warrant ‘filing and un-filing’, Ms. Mapp was handcuffed to a police officer.  That seems very odd today but back in the fifties and sixties suspects were often handcuffed to police officers. When Lee Harvey Oswald was shot and killed by Jack Ruby, as he was walking out of the police station, he too was handcuffed to Dallas Police Detective Jim Leavelle.

A search of the home did not reveal any bomb making materials or persons of interest in the bombing. The search was fruitful for contraband; specifically, pornography.  Four magazines; Affairs of a Troubador, Little Darlings, London Stage Affairs and Memoirs of a Hotel Man.  Ms. Mapp was charged with Possession of Pornography, which was a felony in 1957. 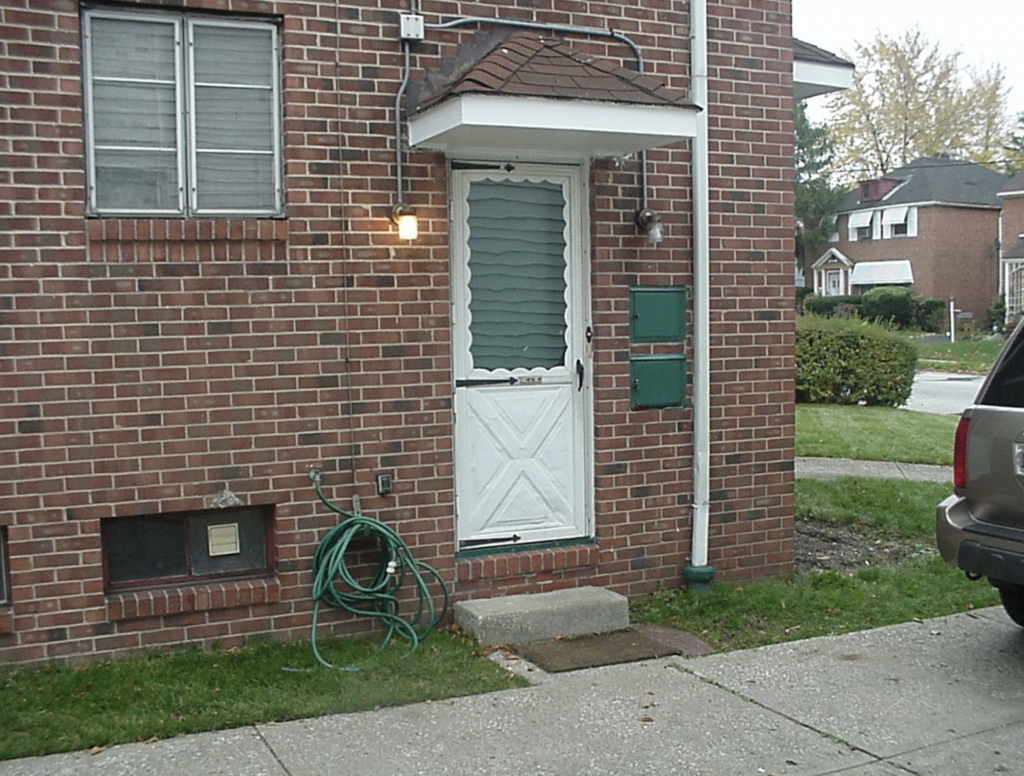 Ms. Mapp was convicted of Possession of Pornography at trial level in the Cuyahoga County Court of Common Pleas, the Eighth District Appellate Court upheld the conviction as did the Supreme Court of Ohio because Lindway remained good law.  Ms. Mapp continued her appeals and the U.S. Supreme Court accepted to hear the case.  Up until this time the entire case was argued and lost by Ms. Mapp on her First Amendment Freedom of Speech to possess pornography.  The case had oral arguments at the U.S. Supreme Court on Wednesday March 29, 1961.  On Monday June 19, 1961 the court shocked everyone as they did not address the First Amendment Free Speech claim.  Rather they took this case in a direction that Ms. Mapp’s lawyers barely touched on – the Fourth Amendment search.

The Warren Court was just getting ratcheted up for a decade of activism and the Mapp case was a significant first strike – it made up a new doctrine they titled the Exclusionary Rule.  [Note: The U.S. Supreme Court issued the first prohibition of evidence in Weeks v. U.S, 232 U.S. 383 (1914) but did not use the term Exclusionary Rule] The Exclusionary Rule is a judge made doctrine that prohibits introduction of evidence obtained in violation of a defendants 4th, 5th and 6th Amendments rights.  Under the rule, illegally obtained evidence is inadmissible at the trial and all ‘fruits of the poisonous tree’ must also be excluded.  It would be several years before the U.S. Supreme Court would directly take on pornography but in the interim the court leveled the playing field between law enforcement and defendants on the admissibility of evidence when the defendant’s constitutional rights were violated.  There would be many more exceptions and qualifiers to the Exclusionary Rule but for now the baseline rule was established.

Felon Emeritus Shondor Birns – A lifelong mobster was killed in a car bomb on Saturday March 29, 1975 by another Cleveland area mobster, Danny Greene.

Dollree Mapp’s Possession of Pornography conviction was overturned and she faced no legal consequences for that incident.  She left Cleveland for New York City, lived in Queens and in 1970, she heard another knock at the door, this time by NYPD, who DID have a warrant.  Therein the officers found $250,000 in heroin and also stolen property.  She was tried, convicted and served eight years in prison when her much longer sentence was commuted by New York Governor Hugh Carey.  Ms. Mapp died on October 31, 2014.  What is ironic is that she died on the 51st anniversary of when Det. Marty McFadden completed the Terry stop in 1963 another landmark case of the 1960’s.  The Terry case would be decided by the U.S. Supreme Court on Monday June 10, 1968.

Sgt. Carl Delau went on to a long and distinguished career with Cleveland Police.  He was promoted two more times and retired as a captain.  Then Sgt. Delau did not do anything outside of law enforcement norms at the time.  He simply did his job and knew that the Lindway rule did not require him to have a warrant.

Kid King was his street name, he is Don King the longtime boxing promoter!  But he too earned the moniker of Felon Emeritus as he would be convicted of manslaughter in 1967 and served just under four years in an Ohio penitentiary.  Thereafter he inserted himself deep in the boxing world and attached himself to boxing legends, Muhammed Ali, Larry Holmes, Mike Tyson and many others.  As a result of the original feud between Shondor Birns and Don King the Fourth Amendment now applies to state and local law enforcement.  So, the next law enforcement legal update class officers attend they are there because of Don King!

In 2006 a Kansas Law Review article underscored the the Road Map(p) to Law Enforcement Training.  “Mapp has prompted the law enforcement community to professionalize its officers.  Stephen Sachs former Maryland Attorney General noted ‘In my state Mapp has been responsible for a virtual explosion in the amount quantity of police training in the last twenty years…the increase in the quantity and quality of training and education [can be attributed] directly to the need to adjust to the exclusionary rule. [emphasis added] Long, Mapp v. Ohio Guarding Against Unreasonable Searches and Seizures, 123 (University Press of Kansas 2006)

Is your agency current on the Exclusionary Rule?