On Friday September 20, 2019, Cleveland Police Officers Allen Gera and Nicole Corea were driving in the vicinity of East 79th Street and Lockyear Avenue when they heard multiple gunshots. The officers observed a man on the sidewalk walking westbound down Lockyear Avenue. 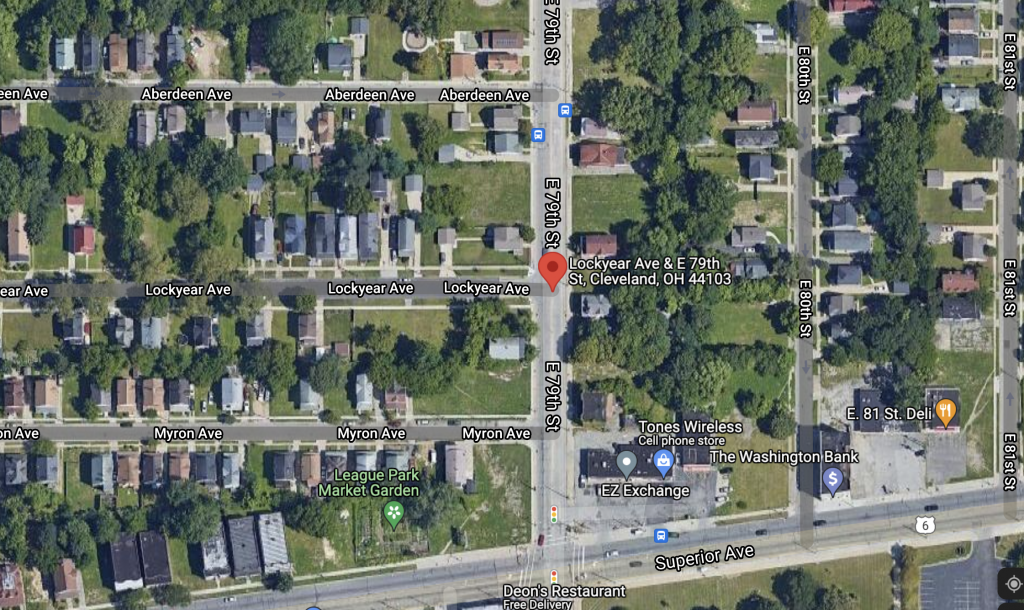 Cleveland Police Officers Allen Gera and Nicole Corea first observed Mr. Massingill in the area of East 79th Street and Lockyear Avenue.  What would transpire in the next few moments would motivate the Eighth District Appellate Court to add an element to the Ohio CCW law.

He would later be identified as Mr. Jamille Massingill, had “what appeared to be a firearm in his right hand.” The officers saw Mr. Massingill tuck the weapon into the lower back portion of his pants and walk behind a house. Officer Gera testified that when they first observed Mr. Massingill they were at a distance from him spanning from the witness stand to the wall across the hall outside the courtroom. 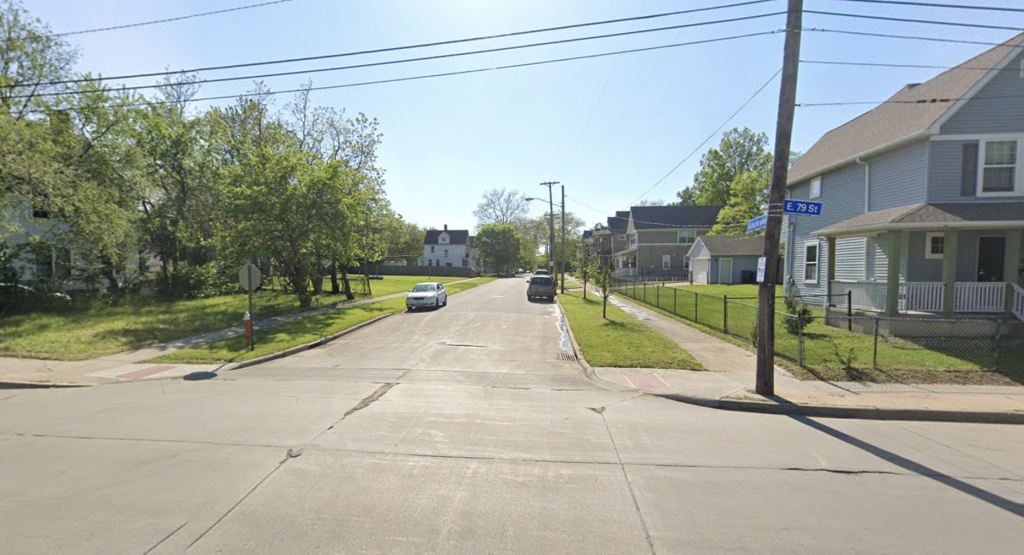 Mr. Massingill walked westbound or in the direction of this photo when Officers Allen Gera and Nicole Corea observed him carrying a handgun, conceal it in his waistband and then ditch it behind a house.

Mr. Russell Sacket, a forensic scientist for the Cuyahoga County Regional Forensic Science Laboratory, confirmed that the firearm was operable. Mr. Massingill testified that he went to a friend’s house after work on the day in question. He consumed eight beers over the course of the evening and admitted he was “drunk” when he began to walk home. On his walk home, a man he knew as “Dan” approached him and told him to “lay it all down,” that Mr. Massingill testified, meant Dan was attempting to rob him. According to Mr. Massingill, Dan raised a handgun to Mr. Massingill’s head and Mr. Massingill wrestled the handgun away from Dan. While disarming Dan, the firearm discharged. Mr. Massingill was able to wrestle the weapon away from Dan, who then ran away. According to Mr. Massingill, he went behind a house, took the magazine out of the handgun, removed the bullet from the magazine, placed the firearm on the ground, and walked back to the front of the house, where he encountered police.

After he was patted down, Mr. Massingill immediately led the officers to where he had placed the weapon. Mr. Massingill testified that he went to the back of the house and unloaded the firearm so “if someone found it, a kid or child or someone found it, that they would not be able to use it to harm theirself. [sic]” He further testified that he did not want to approach police with the weapon in his hand: “I’m a Black male. Neighborhood I live in is dangerous. Officer of law see someone with a weapon, first thing they might do is shoot. And it’s a lot of innocent people that’s have been shot by officers and killed for no reason, and I did not want to be one of those persons.” Mr. Massingill admitted he had a prior criminal record. The jury convicted Mr. Massingill of Carrying a Concealed Weapon and Tampering with Evidence and he was sentenced him to two years in prison.

The state cited numerous cases to support its theory that Mr. Massingill was carrying a concealed weapon; each case the states cites is distinguishable from this case. In Carroll, the police drove up to the appellant and surrounded him. As one officer approached the appellant, the officer observed the back of a gun in the appellant’s coat pocket, specifically testifying that he saw “the back strap or the back part of the handle” of the gun. Id. This court upheld the appellant’s conviction for carrying a concealed weapon finding that “[w]hen ‘only part of the butt of the gun [is] in plain view’ a jury may reasonably conclude it is concealed.” Id., citing State v. Almalik, 41 Ohio App.3d 101, 105, 534 N.E.2d 898 (8th Dist.1987).

In State v. Gilmore, 8th Dist. Cuyahoga No. 59299, 1991 Ohio App. LEXIS 5372, 7 (Nov. 7, 1991), the police found a handgun in appellant’s waistband after patting him down. This court held that the evidence in the case indicated that the weapon could be considered “partially concealed” because it was “shoved into” defendant’s waistband and whether it was carried so that ordinary observation would give notice of its presence was a question of fact to be resolved by the trier of fact; therefore, the appellant’s conviction was not against the manifest weight of the evidence. Id.

The court concluded “In light of the above, there was insufficient evidence supporting the essential element of concealment pursuant to R.C. 2923.12. Mr. Massingill’s conviction for carrying a concealed weapon is hereby vacated.”.

Information for this article was obtained from State v. Massingill, 2021 – Ohio – 2674.  This case was decided by the Eighth District Appellate Court and is only binding in Cuyahoga County, Ohio.

Does your agency train on Carrying a Concealed Weapon?