Did Billie Accelerate to Avoid a Collision with a Cruiser or accelerate to Flee and Elude?

In the early evening hours of Saturday May 29, 2021, Ohio State Highway Patrol Sergeant Mike Ross attempted to stop Mr. Kaleb Hensley who was driving a red Dodge Caravan on I-71 in Fayette County, Ohio.  Trooper Brian Parsons was on unrelated traffic stop when Sgt. Ross radioed that he had a vehicle failing to stop.  Tr. Parsons discontinued his traffic stop to assist Sgt. Ross.

Sgt. Ross followed Mr. Hensley onto northbound SR 729 towards Jeffersonville in Fayette County, Ohio. Tr. Parsons testified that during this pursuit he had his lights on, his siren blaring, and that he was traveling at a high rate of speed. Tr. Parsons’ testimony is confirmed by video footage taken from his cruiser camera.

Tr. Parsons testified: “So, as I come into Jeffersonville, I didn’t know where Sergeant Ross had went. He advised me that they were on an unnamed alley. That the male suspect driving the vehicle had fled on foot. As I rounded that corner there, I saw the suspect running down the road and start to (unintelligible) things around the building behind him. I was trying to close distance with my car and I saw the suspect jump into this a (sic) grey [F]ord here, at the time we didn’t know if it was a carjacking … positioned [his] patrol car to keep the gray vehicle from leaving … just tried to get the vehicle in a position where [he] can stop the person” he was pursing, i.e., Mr. Hensley, from escaping. There is no dispute that the gray vehicle Tr. Parsons saw Mr. Hensley get into was being driven by his mother, Ms. Billie Wilson. There is also no dispute that Ms. Wilson did not stop her vehicle when approached by Tr. Parsons in his cruiser. Tr. Parsons testified that Ms. Wilson instead sped off and “nearly struck [his] patrol car as she pull[ed] away.”  Tr. Parsons testified that Ms. Wilson then proceeded to drive away from him at an “excessively fast” rate of speed. Tr. Parsons testified that Ms. Wilson then ran a stop sign. Tr. Parsons’ testimony is again confirmed by the video footage taken from his cruiser camera.

Describing what happened next, Tr. Parsons testified: “I get back into pursuit through Jeffersonville here. Camera doesn’t pick it up, they [i.e., Wilson along with her son, Hensley,] make this right hand turn here onto 729 heading north. As I make this right hand turn I can see through my passenger window that [Hensley] just bailed on foot. The car continues. I stop here and I can see [Hensley] running through this parking lot [and] the rest of what happens here will be off camera.” 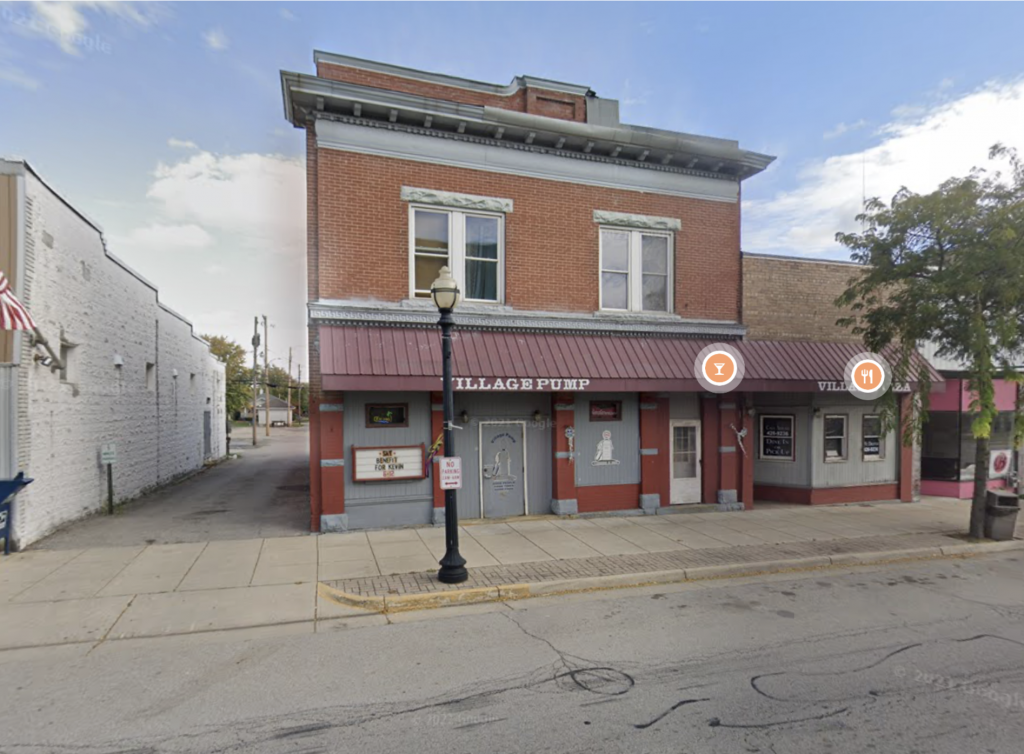 The Village Pump is a tavern located at 14 South Main Street, Jeffersonville, Ohio.  Mr. Hensley fled on foot inside his mother’s apartment located above the business.  Ms. Wilson also fled to the apartment prior to both being arrested on felony charges.

Tr. Parsons then testified: “Miss Wilson exits the driver’s seat of the vehicle. Um, at this point I’m holding lethal cover on the door and the window making sure that [Hensley is] not going to come out and shoot at me or the patrons that are coming out to see what’s going on from the bar. Um, I pivot to [Wilson], start giving her commands, show me your hands, which she did comply. She showed me her hands. I told her to stop. She didn’t stop. She continued up into the apartment as well.”.

Ms. Wilson testified that she received a telephone call from her son, Mr. Hensley, asking her to pick him up because whatever vehicle he was driving that day “kept messing up.”.  If “messing up” included having two Ohio State Highway Patrol cruisers in hot pursuit then … yes … it WAS messing up.

Explaining what happened next, Ms. Wilson testified: “Um, me and [Hensley’s girlfriend] um, decided we was going to go pick [Hensley] up so, we was sitting there and we was facing like as you turn on the road, we was on the left hand side. And ah, I started hearing sirens, I was like what’s going on. So, I done a U-turn, I was sitting on the left side of the road again, but up by the curve and I serious like trying to figure out what was going on. And we was just sitting there and [Hensley’s girlfriend] brought a bubble [i.e., a pipe to smoke methamphetamine] with her, I’m going to be honest … Um, and [Hensley’s girlfriend] started hittin it and I was, you know, I hit it once and we was just sittin there talking, you know just not even paying attention, but I was hearing sirens. I was trying to figure out what was going on. And we still conversatin (sic) and everything and next thing I know, I see a van just fly through and I’m like that’s gonna be bad there’s trees there, they aint even no road there. That’s what I thought. I didn’t even think there was any road there or anything.”. [emphasis added].  Perhaps admitting to ‘hittin the bubble’ once, clouded her ability to hear sirens behind her fleeing child.

Ms. Wilson further testified that she and Mr. Hensley’s girlfriend “s[a]t there for a minute” before Mr. Hensley “runs up to the car” from “down the road a little bit” in the same vicinity that she had just seen a van “just fly through.” Ms. Wilson continued her testimony that as Mr. Hensley is getting into her car that “the trooper comes like, I thought he was going to T-bone me.” Ms. Wilson testified that she was “freaking out” upon seeing Tr. Parsons’ cruiser approach her vehicle, so she “just gassed it and I went to the stop sign,” stopped, and then turned left.  Ms. Wilson’s appeal will primarily focus on her attempt to avoid a collision as the reason she accelerated, and NOT an attempt to flee.

Ms. Wilson further testified “I went turned left and when we was getting up through there [Hensley] was like, “they’re after me mom” and that’s when I started flipping out on [Hensley]. I wasn’t paying attention to my speed cause I was going off. And right before I turned to get to the, right where the bank is, to turn um, I made [Hensley] get out of the car. I stopped the car. I made him get out. I said you brought me into something.”.  Her acumen of identifying ‘something’ was spot – on.

Ms. Wilson then testified that while Mr. Hensley was getting out of her car that she told him, “do not go to my house.” What are the odds her son would listen to momma’s words?  Thereafter, when asked if, at that point, Ms. Wilson felt like she was being “chased” by the police, Ms. Wilson testified: “No, I, I from the whole get go I never felt like I was being chased. Like even when I turned, I heard the sirens and everything but I was arguing with [Hensley] not paying attention to anything, you know what I mean? I’m beyond pissed now; you know what I mean? I’m sitting here telling [Hensley], “You know how can you bring me into this?” Because I’m going to be honest, I have a bad rep and I had my life together. I was the general manager of a store. I had a brand-new car. I had my life together.”.

This case was issued by the Twelfth District Appellate Court which is only binding in the following Ohio counties: Brown, Butler, Clermont, Clinton, Fayette, Madison, Preble and Warren.

Does your agency train on Flee/Elude and Obstructing Official Business?