[B]ased upon that [inference], and based upon the totality of circumstances, I find that there was sufficient probable cause for [the judge] to issue the search warrant, looking only at the northeast quadrant of the exterior of the property of 18157 Station Road. 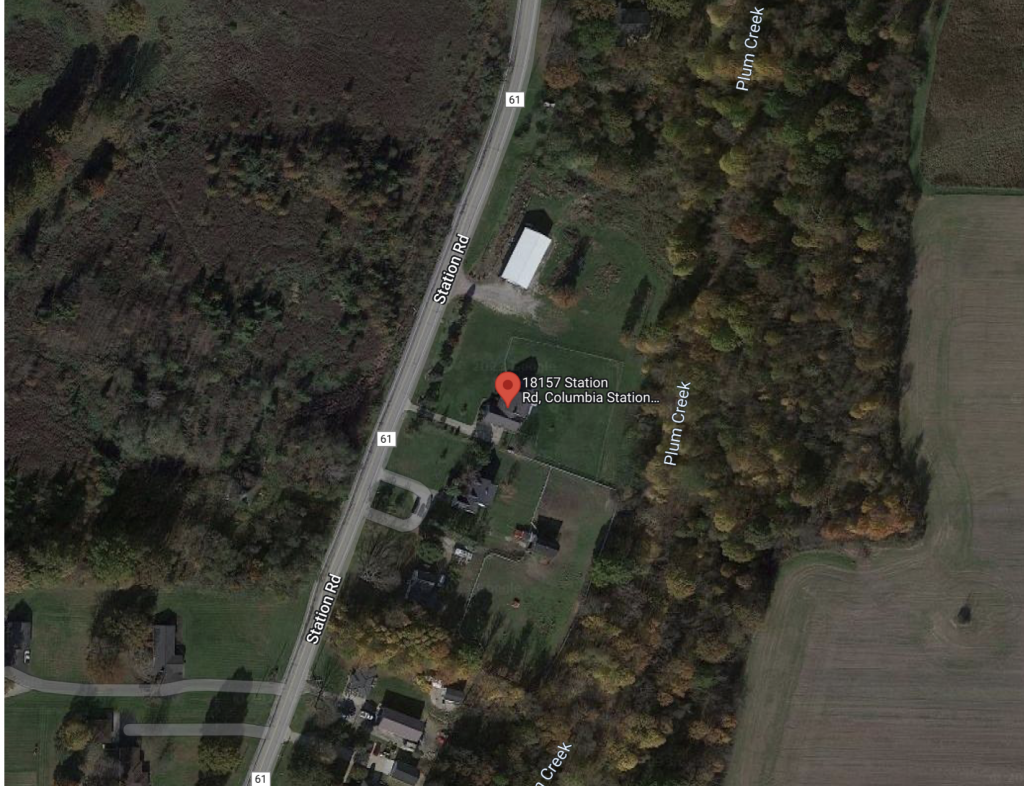 Mr. John Pierson grew marijuana at 18157 Station Road, Columbia Station, Ohio 44028. Detective Lonnie Dillon crafted an affidavit for a search warrant for the property that was later challenged.  The admissibility of the marijuana plants was the subject of this appeal.

A six-day jury trial commenced on June 10, 2021. Prior to trial, the State dismissed count one of the indictment, Trafficking in Drugs, in violation of O.R.C. § 2925.03(A)(2). In its case- in-chief, the State called as witnesses (1) Detective Camp; (2) Elizabeth Doyle, a forensic scientist; (3) Detective James Larkin; and (4) Detective Dillion. Mr. Pierson also testified on his own behalf.

Following the State’s case-in-chief, and at the close of his own case-in-chief, Mr. Pierson moved for acquittal pursuant to Crim.R. 29. The trial court denied both motions, and the matter was turned over to the jury for deliberation. The jury returned a verdict of not guilty to the charge of Illegal Manufacture/Cultivation of Drugs, and guilty to the charges of Possession of Drugs and Possessing Criminal Tools.

In his first assignment of error, Mr. Pierson argues the trial court erred in denying his motion to suppress. Specifically, Mr. Pierson challenges whether probable cause for a search warrant existed where the affidavit “does not specify where the [marijuana] plants were observed to be.”

The Supreme Court of the United States has explained the standards that apply, respectively, to the magistrate/judge tasked with issuing a search warrant and to reviewing courts:

Based upon the foregoing, the question then before this Court, in reviewing a motion to suppress that challenges probable cause for a search warrant, is whether the affidavit “provided a substantial basis for the [judge’s] conclusion that there was a fair probability” that evidence would be found. (Emphasis omitted.) George at 330. “Probable cause means less evidence than would justify condemnation, so that only the ‘probability, and not a prima facie showing, of criminal activity is the standard of probable cause.’” State v. Eal, 10th Dist. Franklin No. 11AP-460, 2012-Ohio-1373, ¶ 10, quoting George at 329.

Here, in the affidavit in support of the search warrant, Detective Dillon, of the Lorain County Drug Task Force, averred as follows:

Based upon this information, Detective Dillon sought authorization to search the northeast quadrant of 18157 Station Road, Columbia Station, Ohio 44028, for “any marijuana plants, seeds or sprouts.” Additionally, a photograph of the marijuana grow was attached to the affidavit.

In this case, although there is nothing that specifically says that [Detective] Dillon saw marijuana plants growing in the northeast quadrant of [Mr. Pierson’s] property, other paragraphs in the affidavit make it clear that, No. 1, [Detective Dillion] is investigating regarding an issue about marijuana plants on [Mr. Pierson’s] property. That [Detective Dillon] had done at least personally, two go-bys; one by car, one by plane. A third go-by by other officers in the same task force to determine whether, in fact, they could observe bushes of those sort. That, ultimately, when [Detective Dillion] was allowed onto the property next door, he observed that same area that he was raising concerns of [on Mr. Pierson’s property], and that he believes there are marijuana plants contained on the property as a result of those observations.

And, so, from the [c]ourt’s perspective, I believe that [the issuing judge] made proper inferences, that in [Detective Dillon’s] paragraph 6, when he’s referring to observing plants that were consistent with the prior anonymous tip, it was plants on [Mr. Pierson’s] property at 18157 Station Road.

And, so, I find, ultimately, based upon that [inference], and based upon the totality of circumstances, I find that there was sufficient probable cause for [the judge] to issue the search warrant, looking only at the northeast quadrant of the exterior of the property of 18157 Station Road.

But, even over and above that, I think, also, the State’s argument that there was a good faith exception is also applicable with regard to this is a fair statement. When I look at the affidavit that supported the search warrant, and certainly the language of the search warrant, I think a reasonable officer, when reviewing that, would not be concerned about whether the [judge] found sufficient probable cause. I think that there is sufficient information contained in there that a reasonable police officer would conclude that the [j]udge had sufficient information to issue the search warrant. It certainly was a properly signed search warrant issued by a [judge] in the [c]ourt of [c]ommon [p]leas, as opposed to maybe a [m]unicipal [c]ourt magistrate, or some other comparable role.

In affording deference the issuing judge’s determination of probable cause, as this Court must, and considering the totality of the circumstances, this Court concludes that the issuing judge had a substantial basis for concluding probable cause existed to search the northeast quadrant of Mr. Pierson’s property located at 18157 Station Road, Columbia Station, Ohio 44028. The trial court, therefore, did not err in denying Mr. Pierson’s motion to suppress on this basis.

Moreover, assuming arguendo the issuing judge did not have a substantial basis for concluding probable cause existed to search the northeast quadrant of Mr. Pierson’s property located at 18157 Station Road, Columbia Station, Ohio 44028, which this Court believes he did, we agree with the trial court’s conclusion that the good faith exception to the exclusionary rule would apply in this instance.

In State v. Richardson, 9th Dist. Summit No. 24636, 2009-Ohio-5678, ¶ 17, this Court stated: Pursuant to [the] [United States v. Leon, 468 U.S. 897 (1984)] “good faith exception,” evidence seized under the authority of a warrant that a court later finds was not supported by probable cause will not be suppressed if it can be demonstrated that the officer reasonably relied on the decision of a detached and neutral [judge]. Id. at 920-922. “At the heart of the ‘good faith exception’ is the fact that the mistake that invalidated the warrant was solely on the part of the judge who issued the warrant. The police officers, on the other hand, merely executed a warrant they thought was valid. The rationale for not excluding evidence seized in such a situation focuses on the inability of the exclusionary rule to fulfill its purpose of deterring police negligence and misconduct.” State v. Simon, 119 Ohio App.3d 484, 487 (9th Dist.1997). However, suppression will still be the appropriate remedy if the affidavit presented to the signing judge in support of the warrant is “‘so lacking in indicia of probable cause as to render official belief in its existence entirely unreasonable.’” George, 45 Ohio St.3d at 331, quoting Leon, 468 U.S. at 923.

Here, the record does not demonstrate Detective Dillon acted negligently or engaged in any type of misconduct in presenting the affidavit in support of the search warrant to the issuing judge. Further, the affidavit presented to the issuing judge was not lacking in indicia of probable cause as to “render official belief in its existence entirely unreasonable.” See George at 331, quoting Leon at 923. Thus, even if the search warrant lacked probable cause, the exclusionary rule would not apply and the items found on Mr. Pierson’s property would not be suppressed.

This case was issued by the Ninth District Appellate Court and is binding in the following Ohio Counties: Lorain, Medina, Summit and Wayne.

Does your agency train on Search Warrants Affidavits?