If an Officer Establishes Probable Cause that a Suspect Just Purchased Narcotics, Can he Search the Suspect’s Vehicle without a Warrant?

It does not matter that Officer Weigand did not see drugs or know for sure that drugs were exchanged because probable cause “requires only a probability or substantial chance of criminal activity, not an actual showing of such activity.” State v. Jordan, 2020-Ohio-689.

The testimony at the suppression hearing revealed that for approximately one year, members of the Gang Enforcement Unit of the Cincinnati Police Department (“CPD”) and the Drug Enforcement Administration had been investigating a man named Damien Dennis for drug trafficking. According to Officer Tom Weigand of the CPD, who was part of the investigation team, Mr. Dennis was a “high- level drug trafficker dealing in large quantities of drugs” who “got his supply directly from Mexico.” Over the course of the investigation, CPD intercepted various packages intended for Mr. Dennis and seized hundreds of thousands of dollars from his car, bank accounts and safety deposit box.

Officer Tom Weigand learned during the investigation that Mr. Dennis often went to a particular gas station on Vine Street in Cincinnati. While there, Officer Weigand had observed on a handful of occasions that Mr. Dennis would sit in his car at a gas pump, another person would get into Mr. Dennis’s car, an exchange would take place, the other person would exit from the car, and then both would drive away. During these exchanges, neither Mr. Dennis nor the other person would engage in any business with the gas station. Officer Weigand testified that based on his eighteen years with the CPD, including five years in the Gang Enforcement Unit, he recognized this as a common pattern for drug-trafficking interactions. 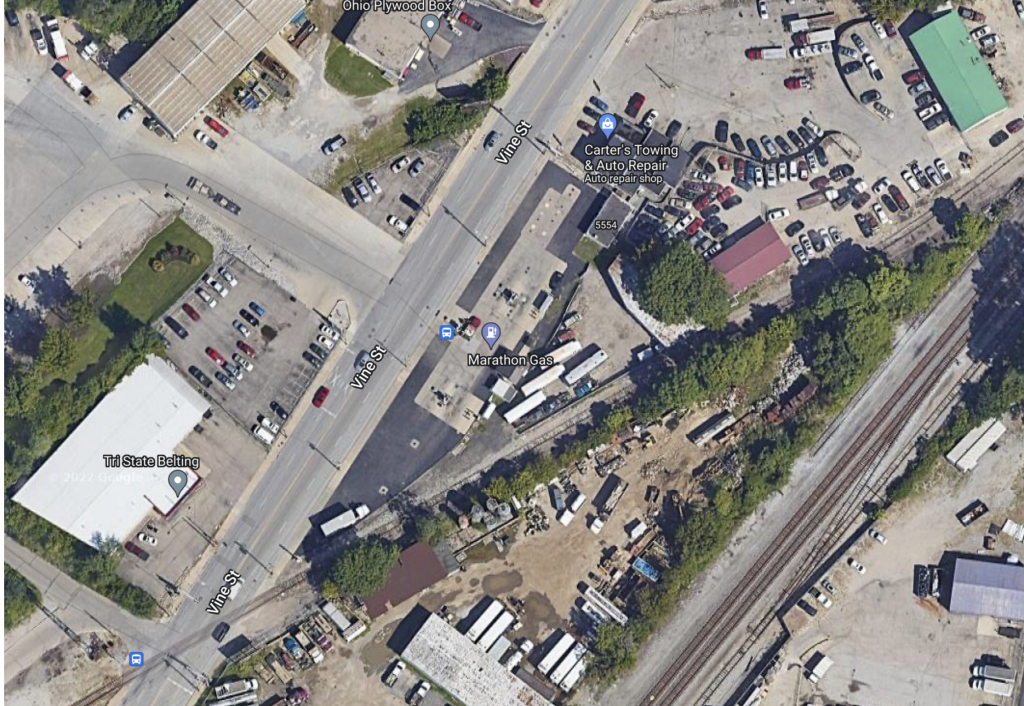 Mr. Reed was getting out of his car when the uniformed officers rolled up behind him in their patrol vehicles. One of the uniformed officers, Officer Charles Knapp, ordered Mr. Reed to show his hands and asked him about any outstanding warrants. Officer Knapp testified that asking about warrants is a “tactic” he sometimes uses to defuse the situation when dealing with people who are suspected of having committed “serious felonies.” During this time, Officer Knapp removed Mr. Reed from his car and handcuffed him.

After Officer Weigand discovered the bag of drugs, Mr. Reed was placed into Officer Knapp’s patrol vehicle. At no point during the interaction did anyone tell Mr. Reed he was under arrest, nor was Mr. Reed informed of his Miranda rights.

As a preliminary matter, the state urges us to overrule Mr. Reed’s first assignment of error because, the state contends, Mr. Reed waived the issue of probable cause. The state argues that during the proceedings in the trial court, Mr. Reed did not expressly claim that the police lacked probable cause to search or arrest him prior to the search that uncovered the drugs.

In Mr. Reed’s written motion to suppress, he argued that the search uncovering the drugs exceeded the legitimate scope of a pat-down during a Terry stop. See Terry v. Ohio, 392 U.S. 1, (1968). The motion states that argument was based on the state’s response to his motion for a bill of particulars, which asserted that Mr. Reed was pulled over for a traffic stop. The state did not file a written response to the motion to suppress. Nevertheless, Mr. Reed’s claim that the police exceeded the scope of a Terry stop carries with it the implicit assertion that there was no probable cause to support a full evidentiary search or arrest.

Moreover, at the beginning of the suppression hearing, the judge summarized the written suppression motion as follows: “[T]he defense’s position is that Mr. Mr. Reed was not under arrest and was beyond a Terry stop.” The trial court went on to state: During the off-record conversation, the prosecutor’s position is that the police had Mr. Mr. Reed under surveillance, observed what they believed to be illegal drug activity that would rise to the level of a felony, in which case the stop was effected by the observation of law enforcement; and, at that particular point in time, that Mr. Reed was being placed under arrest and being searched pursuant to a legal, valid arrest.

When asked by the court if it accurately summarized the parties’ positions, defense counsel and the prosecutor said that it did. Ultimately, based on the testimony and arguments at the suppression hearing, the trial court found there was probable cause to arrest Mr. Reed and the search was a proper search incident to the arrest.  Because the issue of probable cause was fully litigated by the parties at the suppression hearing, and considered by the trial court, we find that Mr. Reed did not waive the lack of probable cause as grounds for appeal.

Mr. Reed’s search and arrest were supported by probable cause.

The Fourth Amendment to the United States Constitution, as applied to the states through the Fourteenth Amendment, prohibits the government from “unreasonable searches and seizures.” Absent an applicable exception, warrantless searches are per se unreasonable. State v. Bacher, 170 Ohio App.3d 457, 2007-Ohio-727, 867 N.E.2d 864, ¶ 8 (1st Dist.).

One such exception to the warrant requirement is the search incident to a lawful arrest. When a person is lawfully arrested, an officer may conduct a “full search of the arrestee’s person” to search for evidence, not merely a protective pat- down to uncover weapons. State v. Haynes, 2015-Ohio-3432, citing United States v. Robinson, 414 U.S. 218, (1973). Further, a search-incident-to-arrest need not follow the formal arrest but may precede the arrest, so long as probable cause for arrest existed at the time of the search and the search was contemporaneous with the arrest. State v. Gilmore, 2008-Ohio-3475, Rawlings v. Kentucky, 448 U.S. 98, 111 (1980).

Here, the trial court found that Officer Weigand was surveilling Mr. Dennis, a known drug dealer who had been under investigation for almost a year. Officer Weigand saw Mr. Reed and Mr. Dennis make an exchange in Mr. Dennis’s car, parked at a gas pump without engaging in any business with the gas station. In Officer Weigand’s experience, this pattern was consistent with the pattern that had been established for Mr. Dennis’s drug transactions. It does not matter that Officer Weigand did not see drugs or know for sure that drugs were exchanged because probable cause “requires only a probability or substantial chance of criminal activity, not an actual showing of such activity.” State v. Jordan, 2020-Ohio-689.

We hold that Officer Weigand had probable cause to arrest Mr. Reed following the observed transaction at the gas station, and when Officer Weigand communicated the basis for his probable cause to Officer Knapp and the other uniformed officers, any of the officers could lawfully stop Mr. Reed and initiate his arrest. See Gilmore, 2008-Ohio-3475.  Even assuming that Mr. Reed was not arrested until after the challenged search, a search is still a lawful search incident to arrest so long as probable cause existed at the time of the search and was contemporaneous with the arrest. Regardless of the precise moment when the arrest occurred during the police interaction with Mr. Reed, probable cause existed prior to the start of the interaction, and the arrest was completed when Mr. Reed was secured in the police vehicle within moments of the challenged search of Mr. Reed’s person. We therefore conclude that the search was a valid search incident to Mr. Reed’s lawful arrest.

Mr. Reed cites State v. Eppinger, 74 Ohio App.3d 503, (8th Dist.1991) in support of his argument that there was no probable cause to arrest him prior to the search. However, Eppinger is distinguishable. In Eppinger, the Eighth District held that police lacked reasonable suspicion to justify an investigatory Terry stop of the defendant. The detective in that case had observed “some kind of exchange” take place where several people were gathered in a schoolyard. The police had recently received complaints of drug sales taking place at that location. The court held that the observed activity “did not amount to suspicious criminal activity.” By contrast, in the instant case, Officer Weigand observed Mr. Reed make an exchange with a specific, known drug dealer. This exchange was not merely “some kind of exchange” taking place in a gathered crowd. Rather, Officer Weigand observed Mr. Reed participating in an exchange following a peculiar, distinct pattern that his experience and training told him was specifically indicative of contraband changing hands. Based on the totality of the circumstances, we can clearly distinguish the facts in Eppinger from those in the case at bar.

Because the challenged search was supported by sufficient probable cause and took place incident to Mr. Reed’s lawful arrest, we overrule Mr. Reed’s first assignment of error. Mr. Reed’s sentence of five to seven- and one-half years was upheld.

Does your agency train on the Probable Cause?