That [automobile] exception allows a probable-caused based search of a trunk during the lawful detention of a motorist, even when that probable cause is based primarily on the odor of raw marijuana emanating from the trunk and is unrelated to the basis for the traffic stop.

Cincinnati Police Officer Aubrey Pitts testified that he was patrolling the area of Gilbert Avenue and Beecher Street as a member of the police department’s gun task force in the early evening of October 19, 2020. On that date, he had been a police officer for over five years, patrolling on shifts for most of his tenure. He specified his training from which he learned to distinguish the odor of burnt marijuana from raw marijuana and to detect marijuana in vehicles. 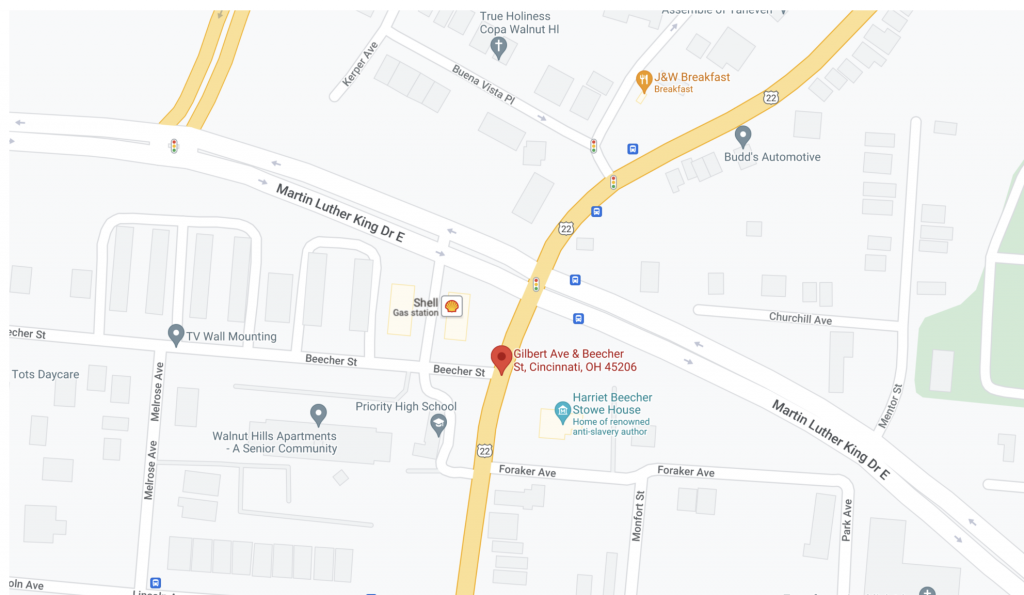 Cincinnati Police Officer Aubrey Pitts testified that he was patrolling the area of Gilbert Avenue and Beecher Street when he stopped a car with heavy window tint.  Later he would smell packaged marijuana in the trunk which led to arrest, conviction and appeal.

According to Officer Pitts, he stopped the 2019 Honda Civic driven by Mr. Andre Curry due to illegal “heavy window tint” that prevented him from seeing the occupants inside the vehicle. Officer Pitts approached the “slow-to-stop” vehicle and ordered Mr. Curry and the occupants out of the vehicle due to furtive movements [officers should not use the word furtive as the court did here – see Lessons Learned #3] observed by another officer at the scene. The occupants were handcuffed and placed in the back of his cruiser. The officer testified that at the same time he smelled the odor of raw marijuana emanating from the passenger compartment along with the scent of burnt marijuana. Additionally, the officer stated he detected the odor of raw marijuana emanating from the unopened trunk of Mr. Curry’s vehicle.

Inside the passenger compartment, Officer Pitts found a small amount of raw marijuana, more on the passenger’s side than on the driver’s side. He then searched the trunk of the vehicle. There, he found no marijuana, but located the firearm that led to Mr. Curry’s indictment for having weapons while under a disability.

Mr. Curry testified at the suppression hearing, and that testimony provided a perspective that differed from the officer’s perceptions. Mr. Curry said he could not smell any marijuana that day in the passenger compartment or emanating from the trunk, the quantity of drugs was too insignificant to be detected, based on his experience with the substance, and no raw marijuana had ever been placed in the trunk of his vehicle.

During closing arguments at the hearing, defense counsel argued the exclusionary rule required suppression of the firearm. Characterizing as incredible the officer’s testimony about smelling marijuana from a closed trunk that contained no marijuana, defense counsel asserted the state failed to present any credible facts to justify the warrantless search of the trunk based on the automobile exception. Although the state relied solely on the automobile exception to justify the warrantless search, defense counsel refuted the application of the other exceptions to the warrant requirement, concluding that police could not search the trunk, an area where Mr. Curry could not “reach.”.

To refute defense counsel’s impossibility argument, the assistant prosecutor directed the trial court to a decision from this court recognizing probable cause based on police officers’ credible testimony that they perceived the odor of raw marijuana emanating from a trunk.

After entertaining argument on Mr. Curry’s motion, the trial court took the matter under advisement for a few weeks and then granted the motion to suppress. In its oral comments explaining the basis of its decision, the court made the following findings:

of marijuana. A firearm was discovered in the trunk. The Court finds
that all of the testimony was credible.

The “automobile exception” applies to searches of “validly stopped motor vehicles” that are supported by an officer’s “probable cause to believe that [the] vehicle contains contraband.” State v. Moore, 90 Ohio St.3d 41, 51 (2000).  Probable cause must be based upon objective facts that would justify the issuance of a warrant by a magistrate. Ross at 809; Moore at 49. “[T]he scope of the search is limited by the object of the search and the places that may conceal the contraband.” State v. Ulmer, 2020 – Ohio – 4689.

Probable cause to search a vehicle may be based on odors. See Moore at syllabus (“The smell of marijuana, alone, by a person qualified to recognize the odor is sufficient to establish probable cause to search a motor vehicle pursuant to the automobile exception to the warrant requirement.”), quoted in State v. Vega, 2018-Ohio-4002. The scope of the search based on that odor is circumscribed, as “[a] trunk and a passenger compartment of an automobile are subject to different standards of probable cause to conduct searches.” State v. Farris, 2006-Ohio-3255. To search a trunk, an officer must observe more than just an odor of burnt marijuana in the passenger compartment. See Farris at ¶ 52, cited in Ulmer at ¶ 17.

We are troubled by the absence of marijuana in the trunk, but realize there could have been a lingering scent of marijuana. The trial court was in the best position to judge the officer’s credibility. Thus, we defer to the trial court’s acceptance of Officer Pitts’s testimony, which adequately conveyed his experience and training with the substance.

Finally, we conclude Mr. Curry’s concerns about the conflicting testimony—his versus the officer’s—are unwarranted. In our view, the trial court directed the credibility comment to the officer’s testimony, but then misapplied the law concerning the automobile exception to the warrant requirement. That exception allows a probable-caused based search of a trunk during the lawful detention of a motorist, even when that probable cause is based primarily on the odor of raw marijuana emanating from the trunk and is unrelated to the basis for the traffic stop.

Given the circumstances of this case, we hold the trial court erred by suppressing the firearm recovered from the trunk of Mr. Curry’s vehicle. Accordingly, we sustain the state’s single assignment of error.