Can a Passenger Constructively Possess a Cigarette Pack on the Floor of a Vehicle?

[W]e conclude the above testimony establishes sufficient circumstantial evidence that Ms. King was conscious of the contraband’s presence inside the cigarette pack and was able to exercise dominion and control of the methamphetamine, morphine, and fentanyl-related compound.

The trial testimony and other evidence disclosed that on Monday July 1, 2019, Union Township Police Sergeant Rodney Combs responded to a Walmart parking lot at 4370 Eastgate Square, Cincinnati, Ohio at 3:30 a.m. to investigate a report that a male was passed out in a truck. Upon arriving at the scene, Sergeant Combs observed the truck exit the parking lot. Sergeant Combs followed and initiated a traffic stop of the truck for failing to signal a left turn. Sergeant Combs found the truck contained three occupants, consisting of a male driver, and a male and female passenger. Ms. Stephanie King was sitting in the center of the truck between the two males. The sergeant contacted the driver, obtained identifying information for all three individuals, and returned to his police cruiser to check for active warrants. The sergeant discovered “multiple people,” including Ms. King, were subject to active arrest warrants. 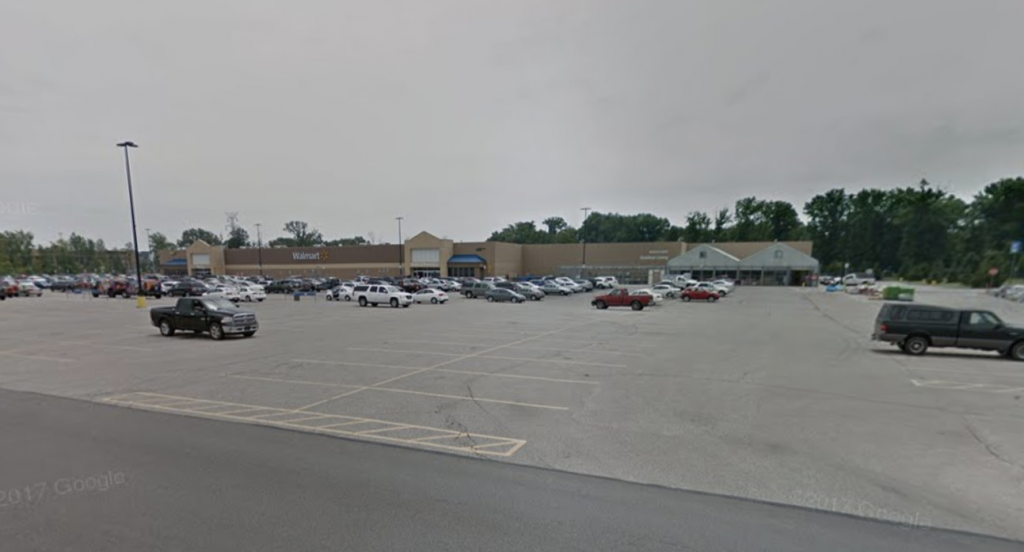 Sgt. Rodney Combs observed a truck in this Walmart parking lot located at 4370 Eastgate Square, Cincinnati, Ohio.  He stopped the truck which led to three arrests and a cigarette pack filed with methamphetamine.  The question is whether the passenger, Ms. Stephanie King, constructively possessed the cigarette pack.

By this time backup officers, including Officer Jeffrey Joehnk, had arrived on the scene to assist. While Sergeant Combs was conducting the warrants check, Officer Joehnk was observing the truck and saw Ms. King making furtive movements. Specifically, Officer Joehnk saw Ms. King “raising up off the seat” and then “going towards the floorboard.” Officer Joehnk testified that he could not see Ms. King’s hands, but it appeared to him that Ms. King “was getting something from her waistband area and trying to get rid of it,” or conceal something. Officer Joehnk also noted that neither male made any movements at that time.  Sometimes it takes more physical contortion to hide meth than it does to get in the passenger seat of an old cruiser.

Sergeant Combs wanted a K-9 unit to conduct an open-air sniff based in part on his initial observations. Officer Perkins responded with his dog, Kaos. The truck’s occupants were removed from the vehicle and Kaos sniffed the truck. Kaos alerted to the passenger side door. Based upon Kaos’ alert, the truck was searched. Officers then searched the vehicle and discovered what appeared to be illicit drugs inside an otherwise empty cigarette pack. The cigarette pack was located inside a Circle K bag that was on the floorboard in the middle of the vehicle where Ms. King’s feet would have been and in the area where Officer Joehnk observed Ms. King directing her furtive movements. The search also yielded a white purse in the truck bed which contained a “female makeup case” and a cell phone. Inside the makeup case the police discovered two digital scales that had a powdery residue on them consistent with methamphetamine. A black purse was also discovered in the truck bed, which contained a medicine vial with Ms. King’s name on it, three cell phones, and a hypodermic needle. Officer Joehnk testified Ms. King had what appeared to be hypodermic needle marks on her arms, and photographs of the needle marks were shown to the jury and admitted at trial. Inside the truck, officers discovered “coin baggies” in plain view on the “middle of the bench seat” where Ms. King had been sitting. Officer Joehnk described the “coin baggies” as being consistent with bags used to store narcotics.  [So does possessing three cell phones, however, the court does not address Ms. King’s abundance of wireless communication devices.

Based upon the foregoing, the jury returned guilty verdicts on all three counts. The trial court sentenced Ms. King to an indefinite prison term of four to six years, imposed a mandatory fine of $7,500, and ordered Ms. King to pay court costs.

What is the doctrine of Constructive Possession?

“Constructive possession exists when one is conscious of the presence of the object and able to exercise dominion and control over it, even if it is not within one’s immediate physical possession.” State v. Lee, 2021-Ohio-2544.

Therefore, “[A]bsent a defendant’s admission, the surrounding facts and circumstances, including a defendant’s actions, are evidence that a trier of fact may consider in determining whether the defendant had constructive possession.” State v. Fester, 2021-Ohio-410.

Did Ms. King Constructively Possesses the drugs inside the cigarette pack?

There was ample evidence in the record from which the jury could have concluded that Ms. King constructively possessed the drugs found in the cigarette pack. Officer Joehnk testified that he observed Ms. King making furtive movements in the middle of the vehicle, which he described as consistent with “getting something from her waistband area and trying to get rid of it.” The officer further testified he did not see any similar movements from the driver or male passenger and noted that he found the Circle K bag, which contained the cigarette pack, on the floorboard where Ms. King was sitting. Additionally, the officer explained that Ms. King had an active warrant for her arrest, and that oftentimes, people with warrants “believe that they’re going to go to jail,” and “they’re not wanting to take that stuff down to them to the [jail],” “[S]o a good place to get rid of it’s inside of a vehicle.”

Officer Joehnk further testified that items related to drug possession were discovered during the search of the truck, including coin baggies, digital scales with suspected methamphetamine residue, and a hypodermic needle. The officer testified the coin baggies were discovered inside the truck where Ms. King was sitting, the digital scales were found in a makeup case located inside a purse in the truck bed, and the hypodermic needle was found in a purse also containing a prescription vial with Ms. King’s name on it. Purses and makeup cases are typically associated with females, and it is undisputed that Ms. King was the only female in the vehicle at the time of the traffic stop.

[W]e conclude the above testimony establishes sufficient circumstantial evidence that Ms. King was conscious of the contraband’s presence inside the cigarette pack and was able to exercise dominion and control of the methamphetamine, morphine, and fentanyl-related compound. See State v. Moore, 2015-Ohio-2466.

Although Ms. King argues the contraband at issue could have belonged to either the driver or male passenger, who were also in the vehicle at the time it was stopped, “[O]wnership of the controlled substance need not be proven to establish constructive possession.” State v. Adams, 2013-Ohio-4639.  Thus, whether the contraband “belonged” to Ms. King does not negate that she knowingly and constructively possessed the drugs in violation of R.C. 2925.11(A).

This case was issued by the Twelfth District Appellate Court which is only binding in the following Ohio Counties: Brown, Butler, Clermont, Clinton, Fayette, Madison, Preble and Warren.

Post Script – For more on the Constructive Possession Doctrine see:

Did Henry, who was a Front Seat Passenger, Constructively Possess Fifty-Six Grams of Heroin Concealed in a Hidden Compartment in the Back Seat?

Did Josh Constructively Possess the Bag of Meth Under his Buttocks?

Can a Firearm Left in a Laundry Basket Nestled Under Dirty Clothes by a Teenager be Constructively Possessed by the Dad?

Why was Mickey’s Mouse Felonious?

Does your agency train on Constructive Possession?