Is a Miranda Warning Required when the Suspect was Interviewed in a Wright State University Lounge?

Considering the totality of the circumstances, a reasonable person in Mr. Hudson’s position would have understood that his movement was not restrained to the degree associated with a formal arrest and that he would have been free to leave. Therefore, he was not in custody for purposes of Miranda.

On July 8, 2020, Mr. Hudson was charged by way of complaint with two counts of voyeurism, each in violation of O.R.C. §2907.08(B), misdemeanors of the second degree, and two counts of nonconsensual dissemination of private sexual images, each in violation of O.R.C. §2917.211, misdemeanors of the second degree. The charges stemmed from allegations that Mr. Jaylen Hudson secretly video recorded a woman in her bathroom in a state of nudity on two occasions and then uploaded the videos to a pornographic website on the internet without her knowledge or permission.

As a result of the allegations, Det. Sweigart subpoenaed Pornhub’s records, which showed that the videos were uploaded by a person with the username Bluejay91 and an email of JaylenHudson23@yahoo.com. The IP address from which at least one of the videos was posted was located in Columbus, Ohio. 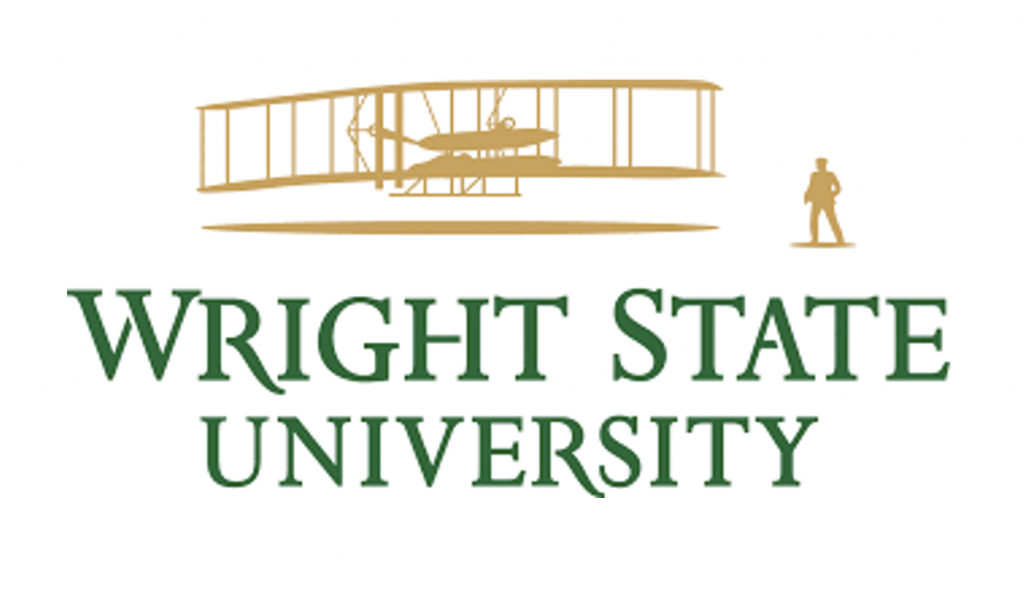 After explaining to Mr. Hudson the details of the case, Det. Sweigart read Mr. Hudson his Miranda warnings verbatim from a printed pre-interview form. Mr. Hudson filled out the top portion of the form identifying his name and address, the date, time, and location, and then initialed next to each Miranda warning after Det. Sweigart read it out loud. At the end of the rights, Mr. Hudson signed his name indicating that the rights had been read to him and that he understood them. The bottom of the form included a waiver section that Mr. Hudson was asked to read to himself. Where there was a blank to indicate the number of years of schooling he had, Mr. Hudson wrote his name and then signed the form with two lines.

After learning that the videos were on Mr. Hudson’s cell phone, Det. Sweigart informed Mr. Hudson that he would need to take the phone to remove the videos and make sure there was nothing else on there. He explained that “the best way to do it” is to sign a consent to search form so he could take the phone with him and have it analyzed.

Beverly Mr. Hudson testified on behalf of Mr. Hudson at the motion to suppress hearing. Beverly stated that Detective Det. Sweigart had called her on December 12, 2019, looking for her son. She informed him that Mr. Hudson was not available and unable to talk because he had just been released from the hospital after an almost two-week long stay. She noted that she told Det. Sweigart that Mr. Hudson had lost 50 pounds and was on strong medication. Although Beverly lived in Atlanta, Georgia, she had come up to the hospital to be with Mr. Hudson and testified that he had been released from the hospital the day before the interview. She stated that Mr. Hudson was 24 years old, had graduated from the University of Dayton, and was getting a post-graduate Master’s degree at WSU. She was aware that Mr. Hudson had had a dissertation to present on December 12, 2019, but, according to her, he was still ill.

Prior to the motion to suppress hearing, Mr. Hudson filed a motion to dismiss one count of nonconsensual dissemination of private sexual images that was alleged to have occurred on February 19, 2019, which was prior to the effective date of the statute, March 22, 2019. At the hearing, the State did not object to the dismissal, and this count was eventually dismissed. After the suppression hearing, Mr. Hudson filed a motion to sever the remaining charges for trial.

On October 12, 2021, the trial court overruled Mr. Hudson’s motion to suppress in its entirety. Thereafter, the trial court denied Mr. Hudson’s motion to sever in its entirety. On December 2, 2021, Mr. Hudson entered a no contest plea to one count of voyeurism, and the remaining counts were dismissed. Mr. Hudson was found guilty by the court and sentenced to 90 days in jail, with all 90 days suspended, six months of probation, no contact with the victim, a $200 fine with $100 suspended, and court costs. Mr. Hudson was also ordered to register as a Tier I sex offender with registration annually for a period of 15 years.

Mr. Hudson filed a timely appeal and was granted a motion to stay his sentence pending appeal.

In his second assignment of error, Mr. Hudson challenges the trial court’s

decision overruling his motion to suppress the statements he made to Detective Det. Sweigart during his interview. Mr. Hudson claims that his statements should have been suppressed because:

(2) His Miranda waiver was not made knowingly, intelligently, and voluntarily.

(3) Even if Miranda did not apply, his statements were made involuntarily; and

(4) Detective Det. Sweigart ignored Mr. Hudson’s attempt to invoke his right to counsel. We find no merit to any of these arguments.

When are Miranda Warnings Required?

“An individual is in custody when there has been a formal arrest or a restraint of freedom of movement such that a reasonable man would believe that he is under arrest.” State v. Wenzler, 2004-Ohio-1811.

What the Officer or Suspect Feels is Irrelevant

“The subjective views of the interviewing officer and the suspect are

While not exhaustive, this Court has considered the following factors in applying this reasonable person test:

1) What was the location where the questioning took place-i.e., was the defendant comfortable and in a place a person would normally feel free to leave?
2) Was the defendant a suspect at the time the interview began?

(7) Did the police verbally dominate the interrogation?

8) What was the defendant’s purpose for being at the place where questioning took place?

9) Were neutral parties present at any point during the questioning?
10) Did police take any action to overpower, trick, or coerce the defendant into making a statement?

Application of Law to the Thursday December 12, 2019 Interview

Detective Det. Sweigart and Mr. Hudson mutually set up a time and location to meet at WSU, where Mr. Hudson was attending graduate school. Mr. Hudson voluntarily agreed to meet with Det. Sweigart after he was finished with a school event and informed Det. Sweigart in which building to meet him. Upon seeing Mr. Hudson walking up the stairs to where Det. Sweigart was waiting, Det. Sweigart introduced himself and asked Mr. Hudson if he would be willing to talk. They mutually agreed to talk in the unoccupied large conference room that had floor to ceiling windows on two of the walls. The glass doors to the conference room, while closed by Mr. Hudson himself, were not locked, and there was nothing physically preventing Mr. Hudson from being able to walk out of the room if he had wished to leave. Mr. Hudson never asked to leave and was not prevented from leaving at any time. Mr. Hudson was never handcuffed or physically restrained. For the majority of the interview, no one else was present in the conference room besides Det. Sweigart and Mr. Hudson. When the uniformed officers briefly appeared at the doorway, they did not participate in the interview in any way and promptly left after the detective provided his car keys for Officer Key to wait in the car.

While we agree with the trial court that the detective verbally dominated the interview, we do not find this factor sufficient to transform the interview into a custodial interrogation. The United State Supreme Court has explained:
“[A] noncustodial situation is not converted to one in which Miranda applies simply because a reviewing court concludes that, even in the absence of any formal arrest or restraint on freedom of movement, the questioning took place in a “coercive environment.” Any interview of one suspected of a crime by a police officer will have coercive aspects to it, simply by virtue of the fact that the police officer is part of a law enforcement system which may ultimately cause the suspect to be charged with a crime. But police officers are not required to administer Miranda warnings to everyone whom they question. Nor is the requirement of warnings to be imposed simply because the questioning takes place in the station house, or because the questioned person is one whom the police suspect. Miranda warnings are required only where there has been such a restriction on a person’s freedom as to render him “in custody.” It was that sort of coercive environment to which Miranda by its terms was made applicable, and to which it is limited.  Oregon v. Mathiason, 429 U.S. 492, 495, (1977)

Considering the totality of the circumstances, a reasonable person in Mr. Hudson’s position would have understood that his movement was not restrained to the degree associated with a formal arrest and that he would have been free to leave. Therefore, he was not in custody for purposes of Miranda. Because it was unnecessary to inform Mr. Hudson of the Miranda warnings, we need not consider whether Mr. Hudson knowingly, intelligently, and voluntarily waived his Miranda rights.

Did Mr. Hudson Request an Attorney when he asked “Should I talk to a lawyer or something?”

During the interview, Mr. Hudson asked Detective Det. Sweigart “Should I talk to a lawyer or something?” Det. Sweigart responded, “That’s up to you, but again, we can stop right now and you can talk to a lawyer. That changes the way I have to deal with it, you know?” Det. Sweigart testified that he did not understand Mr. Hudson to be asking for a lawyer and he did not intentionally cut off Mr. Hudson’s train of thought immediately thereafter. Mr. Hudson made no other statements during the interview indicating his desire to have counsel present or to cease talking.

This case was issued by the Second District Appellate Court and is only binding in the following Ohio Counties: Champaign, Clark, Darke, Greene, Miami and Montgomery.

Was the Officer Legally Permitted to Search Caetlynde’s Backpack Incident to her Arrest?

After a Suspect is Given Miranda and Requests an Attorney, Can Law Enforcement Continue to Question Him?

Can a suspect be Interviewed Without Miranda in a Mammoth Cave?

Can a Person Successfully Sue Law Enforcement for a Miranda Violation?

When Jeff Removed his Grill it Lead to a Traffic Violation but should his Statements be Suppressed as a Miranda Violation?

Were the Detectives Required to Mirandize Justin the Sexual Predator, while he Lay in a Hospital Bed?

Were Gary’s Self-Incriminating Roadside during a Traffic Stop require the Miranda Warning?

Was Mike Unlawfully Detained at Chewy?

Did Mr. Singh have an Abrupt and Inexplicable English Deficiency ONLY after he was given a Miranda Warning?

How Did a Chocolate Allergy have Relevance to Mr. Penn’s Mirandized Statements?

Was the Search of the Marijuana-Filled Chicken Coop Consensual?

Miranda – Both a Noun and Verb

Does your agency train on Custodial Interrogation?