Can a Suspect be Interviewed Without Miranda in a Mammoth Cave?

[T]he totality of the circumstances indicate that Mr. Zabel was not “in custody” for purposes of Miranda when he made incriminating statements to park rangers before his formal arrest, and therefore the district court properly denied his motion to suppress.

On August 4, 2020, United States Park Ranger William Jaynes responded to an incident report at Mammoth Cave. When he arrived at the parking lot, he encountered a “slightly out of breath” female archaeology technician whose job was to monitor a trail restoration project inside the cave. She explained that Mr. Jason Zabel, one of the contractors working on the restoration project, had just pinned her against a wall and attempted to kiss her, grabbed her buttocks and breasts, and exposed his penis to her without her consent while she was leaving the cave. Armed with a description of Mr. Zabel’s appearance and location, Ranger Jaynes and another park ranger who arrived on the scene entered the cave to find him. The park rangers used an elevator to enter the cave and then walked approximately twenty-five minutes through its dark, narrow passages until they heard a group of workers speaking. 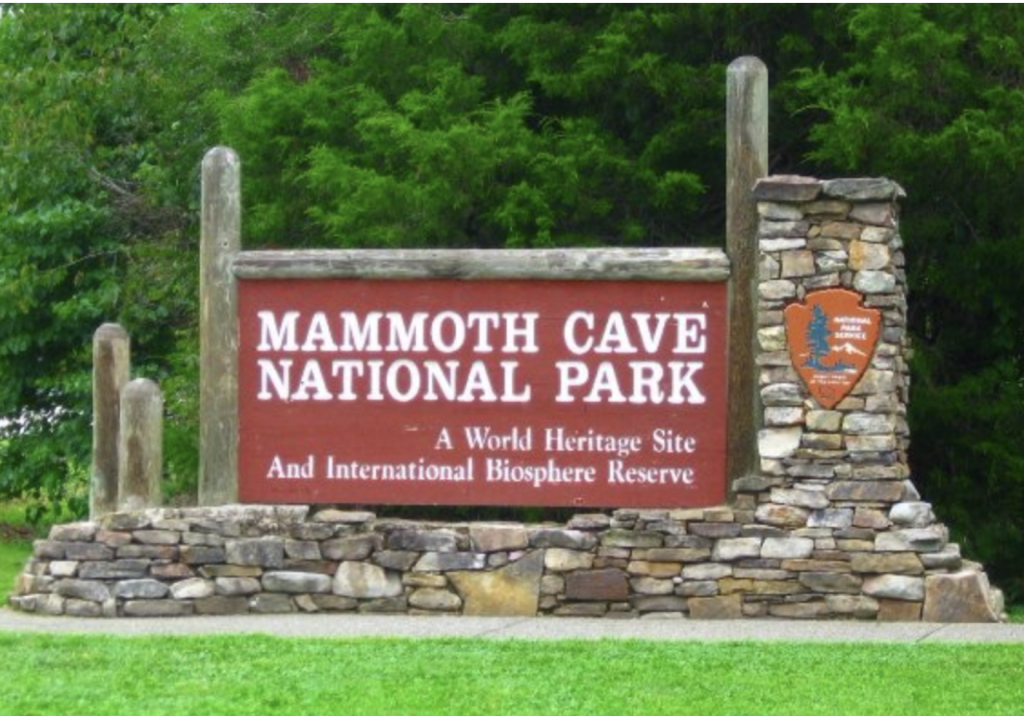 Ranger Jaynes recorded the ensuing encounter from his body camera, which began with the park rangers introducing themselves to the group as law enforcement officers. They then asked: “Is there somebody here named Jason?” When Mr. Zabel raised his hand and confirmed his identity, the rangers said: “Come this way and chat with us for a few minutes.” Mr. Zabel followed the park rangers around the corner for less than two minutes where his coworkers could not hear their conversation. There, Mr. Zabel asked if he could use the restroom, and the park rangers replied: “Is there a bathroom around here?” Mr. Zabel stated there was a restroom near the cave’s entrance, but the rangers responded that “we’re quite a ways from there” and “you’re going to have to hold it for a few minutes.” Before the park rangers told Mr. Zabel about the accusations made against him, they explained that he was “not under arrest,” that he was “free to go,” that he had “no warrants,” that he did not have to talk to them, that it was his “option” to do so, and that they would much rather he be quiet than lie to them. As an alternative to using the restroom near the cave’s entrance, Mr. Zabel requested to walk to a nearby location where there were “a couple of empty buckets” because he was unsure how “much further than that [he’d] be able to make it.” The park rangers responded “alright, first,” and then proceeded to question Mr. Zabel about what happened with the female employee that morning. Mr. Zabel made several incriminating statements during the interview, including that he had grabbed the female employee’s butt in the elevator, asked to kiss her, and showed her his penis, during which he “may have been a little” erect or excited.

The interview lasted less than twenty minutes, after which the park rangers told Mr. Zabel he would need to exit the cave with them. The rangers frisked Mr. Zabel for weapons and eventually allowed him to use the restroom, but they did not handcuff him until they reached the cave’s surface due to the potentially dangerous nature of the walk out. Mr. Zabel was later indicted for knowingly engaging in sexual contact with another person without that other person’s permission, in violation of 18 U.S.C. § 2244(b). Mr. Zabel moved to suppress his incriminating statements, arguing that the park rangers improperly solicited those statements during a custodial interrogation without first advising him of his Miranda rights. The magistrate judge recommended that the motion be denied in relevant part because Mr. Zabel was not “in custody” for purposes of Miranda until the park rangers patted him down and told him to exit the cave. The district court adopted the recommendation over Mr. Zabel’s objections, agreeing that the park rangers were not required to provide Mr. Zabel the Miranda warnings because, under the totality of the circumstances, he was not in custody during the interview. After failing to suppress his incriminating statements, Mr. Zabel pled guilty, without a plea agreement, to the single charge in the indictment, and admitted that he “[I]ntentionally grabbed the victim’s buttocks and clothing with an intent to gratify his own sexual desire, all without the victim’s consent.”

On June 9, 2021, the probation office circulated a Presentence Investigation Report (“PSR”) describing the offense conduct above based on Mr. Zabel’s admissions and what the victim told Ranger Jaynes in the Mammoth Cave parking lot. On July 6,  cornered her against a wall, attempted to kiss her, placed his arm around her, grabbed her buttocks, breasts, and pubic area over her clothes, asked for oral sex, exposed his penis, and masturbated in front of her, all while making repeated sexual comments. She said she felt trapped in the cave and that Mr. Zabel’s advances were “very unwanted.” Ranger Jaynes included a summary of these statements in his written report. Before proceeding with sentencing, the district court recessed for over an hour so that Mr. Zabel and his counsel could review the victim’s video-recorded statements. The district court also provided Mr. Zabel an opportunity to testify if he disagreed with anything the victim said, but Mr. Zabel declined to do so. As a result, the district court relied on the victim’s statements and sentenced Mr. Zabel to 18 months’ imprisonment due to his background, the severity of his crime and its impact on the victim, the need to punish him for the offense, and the need to deter others from engaging in similar conduct. The criminal judgment reflects that this sentence was both an upwards departure under U.S.S.G. § 5K2.8 and an upwards variance.3 The district court also imposed a life term of supervised release following Mr. Zabel’s release from custody.

On appeal, Mr. Zabel now challenges: The district court’s denial of his pre-guilty-plea motion to suppress.

We have identified four, non-exhaustive factors to help guide this inquiry:

(1) The location of the interview;

(2) The length and manner of the questioning;

Having reviewed the body camera footage of the encounter, we agree with the district court that the circumstances surrounding Mr. Zabel’s interview would not lead a reasonable person to believe that he was in custody. To start, the location of the interview was inside Mammoth Cave – Mr. Zabel’s place of employment for the prior six to seven months. Mr. Zabel was also familiar with the exact location of the interview, as it was only a short walk from where he was speaking with his coworkers, and he knew about a couple of buckets that were nearby.  We have noted that “[P]olice questioning taking place in the suspect’s . . . place of work is likely to be less intimidating than questioning taking place at the police station,” United States v. Protsman, 74 F. App’x 529, 533 (6th Cir. 2003), where the goal is to “[I]solat[e] the suspect in unfamiliar surroundings ‘for no purpose other than to subjugate the individual to the will of his examiner,’” Beckwith v. United States, 425 U.S. 341, 346 n.7 (1976) (quoting Miranda, 384 U.S. at 457). That the interview took place at Mr. Zabel’s jobsite weighs against him being “in custody.” See United States v. Crossley, 224 F.3d 847, 861-62 (6th Cir. 2000); United States v. Mahan, 190 F.3d 416, 421-22 (6th Cir. 1999).

The park rangers may have occasionally interrupted Mr. Zabel when he was speaking, but, as the district court noted, their questioning and demeanor was not hostile. At one point during the interview, a group of Mr. Zabel’s coworkers walked by and the park rangers – at Mr. Zabel’s request – even stopped asking questions until those coworkers were out of earshot. Consistent with the respectful nature of the interview, Mr. Zabel also asked if he could shake the park rangers’ hands when the questioning was over. Mr. Zabel nonetheless argues that he was in custody during the interview because the park rangers physically restrained his freedom of movement on several occasions. He claims that when the rangers first contacted him and said “[C]ome this way and chat with us for a few minutes.” they limited his movement by ordering (not requesting) him to follow them to a new location away from his coworkers. While we agree with Mr. Zabel about what the rangers said, we also note that they did not place Mr. Zabel in handcuffs during the interview and they “[A]t no time made any show of force or brandished a firearm or handcuffs, or any other equipment ordinarily associated with formal arrest or custody” until after he made incriminating statements. See Mahan, 190 F.3d at 422. It also appears that the rangers wanted to separate Mr. Zabel from his coworkers before asking questions due to the sensitive subject of the interview and to avoid letting his coworkers hear about the victim’s then-unsubstantiated allegations, not out of a desire to restrain him physically. See United States v. Salvo, 133 F.3d 943, 951 (6th Cir. 1998).

The strongest factor in Mr. Zabel’s favor is that the park rangers did not immediately allow him to use the restroom upon request. It appears that when Mr. Zabel first asked to relieve himself, the rangers said “[Y]ou’re going to have to hold it for a few minutes” because the nearest restroom was 25-30 minutes away by the cave’s entrance. But distance could not have been the only factor because they also ignored his second request to use the restroom in some nearby buckets. After being twice denied the ability to use the restroom, it is entirely possible that a reasonable person in Mr. Zabel’s position may have felt temporarily restrained in their freedom of movement. Although there are factors that both support and undermine the custodial nature of the interview, what undoubtedly tips the scales against Mr. Zabel is that the park rangers explicitly told him that he was not under arrest and did not have to talk to them before describing the allegations against him.

[T]he totality of the circumstances indicate that Mr. Zabel was not “in custody” for purposes of Miranda when he made incriminating statements to park rangers before his formal arrest, and therefore the district court properly denied his motion to suppress.

Information for this article was obtained from United States v. Zabel, No. 21 – 5766.

Does your agency train on Miranda?