Was Ms. Sunkle Sunk When Canine Buckeye Alerted on her Fentanyl?

The record shows that the canine sniff occurred within approximately seven minutes of the initial stop, so the seizure was not prolonged beyond the time reasonably required to complete the mission of issuing a traffic citation. And once the dog alerted to the presence of narcotics in the vehicle, the officers had probable cause to search the vehicle.

Licking County Sheriff’s Office Detective Wingate and Detective Sergeant Hoskinson were on duty on Thursday April 15, 2021. Det. Hoskinson was working a drug interdiction with his Canine Buckeye, at a local hotel where Det. Hoskinson found that Ms. Melissa Sunkle was staying. The Central Ohio Drug Enforcement Task Force (CODE) had received information that Ms. Sunkle was bringing fentanyl and methamphetamine to the area, making her a person of interest for the Task Force. Det. Hoskinson witnessed Ms. Sunkle leave the hotel in Newark, Ohio with a male, enter a silver Toyota RAV 4 and proceed west on Locust Street and turn south on Fourth Street. Det. Hoskinson followed and witnessed Ms. Sunkle move from a left turn lane to a through lane without signaling, a violation of Ohio traffic law. He radioed Det. Wingate and relayed the nature of the offense and a description of the vehicle, including the license plate. 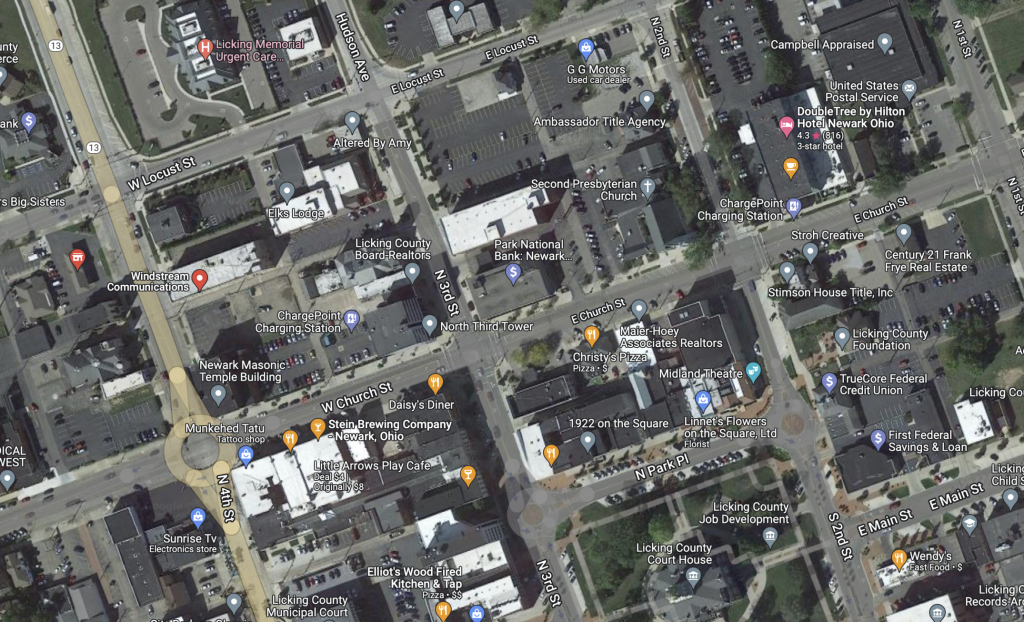 When Ms. Sunkle failed to use her turn signal on Locust Street as she turned to southbound on Fourth Street, the would be stopped.  Seven minutes later Canine Buckeye alerted on her SUV and fentanyl was found.  Was the sniff Objectively Reasonable?

Det. Wingate found the vehicle and stopped it at 10:32:47 according to the clock in the cruiser video. Ms. Sunkle provided her driver’s license, but her passenger refused to identify himself. Det. Wingate noticed that the passenger was visibly nervous, shaking and looking down while clutching a backpack that was between his feet. Det. Wingate asked the passenger to step out of the vehicle and escorted him to his cruiser. Det. Hoskinson and Detective Woodyard arrived at the scene and the time was 10:35:57.

Det. Hoskinson and Det. Woodyard approached Ms. Sunkle and asked her to move her vehicle off the road, and noticed that her breathing was shallow and that she appeared overly nervous for being stopped for a traffic violation. Of course, when moving felony level amounts of fentanyl commensurate with the presence of professional law enforcement, an individual’s blood pressure and breathing may be affected.  Det. Hoskinson moved to the passenger and requested that he provide identification and the passenger again refused. Det. Hoskinson believed that Detective Conley may be able to identify the passenger, so Det. Conley was called to the scene.

At 10:39:44 Det. Hoskinson conducted a free air sniff with his Canine, Buckeye, after Ms. Sunkle was removed from the vehicle. Canine Buckeye signaled that he detected narcotics in the vehicle.  A search of the SUV revealed felony amounts of narcotics.  A search warrant was obtained, and a search of the hotel room was completed where more narcotics were discovered.

Ms. Sunkle was arrested and indicted for:

Count Two charged Aggravated Possession of Methamphetamine a violation of O.R.C. § 2925.11(A)(C)(l)(c), and a felony of the second degree.

The Indictment also contained a Forfeiture Specification of $1,134.00 in U.S. Currency. Ms. Sunkle appeared for arraignment on May 4, 2021 and entered a plea of Not Guilty to all four charges.  Thereafter she filed a Motion to Suppress the Evidence based on law enforcement elongating the traffic stop for the canine sniff.  The trial court denied her motion and held:

[T] lane violation constitutes sufficient probable cause to stop the vehicle and issue a traffic citation. Further, that any initial delay in the process was due to the passenger in the vehicle refusing to provide any identification, and in any event, the K-9 alert appears to have been done seven minutes after the initial stop. The Court also notes that in general drivers may be removed from the vehicle for the purposes of writing citations. Accordingly, the Court finds the defendant’s motion to be not well taken and is DENIED.

Ms. Sunkle withdrew her not-guilty plea and entered a plea of no contest to all charges. The State presented a narrative of the facts supporting the indictment:

On April 15, 2021, Licking County Sheriff’s Office Detective Det. Wingate wearing the uniform of the day and operating a marked cruiser equipped with overhead lights effectuated a traffic stop on a silver Toyota RAV 4 for failing to utilize a turn signal at the intersection of Fourth and West Church Street in Newark, Licking County, Ohio. The driver was identified as Defendant, Melissa Ms. Sunkle, and the front seat passenger refused to provide any identification. The Defendant was under a license suspension. The Defendant advised police that she had multiple amounts of varying drugs in her hotel room that she picked for purposes of selling. A subsequent search warrant for the hotel room discovered large quantities of methamphetamine, a Schedule II controlled substance, approximate amount being 50 grams. Additionally, other drugs, including fentanyl, were located. The Central Ohio Regional Crime Lab tested the substances and determined them to be 45.972 grams of methamphetamine and 8.33 grams of fentanyl-related compound.

Ms. Sunkle appealed the denial of her Motion to Suppress to the Fifth District Appellate Court.  Her single appeal stated:

APPELLANT’S RIGHTS UNDER THE FEDERAL AND STATE CONSTITUTIONS TO BE FREE OF UNREASONABLE SEARCH AND SEIZURE WERE VIOLATED BY THE UNJUSTIFIABLE DELAY OF A TRAFFIC STOP FOR A CANINE SNIFF.”

Ms. Sunkle’s assignment of error focuses upon the use of the canine at the traffic stop, concluding that “[B]ecause no work was being done on the traffic violation while Buckeye was checking the vehicle, the canine sniff necessarily added time to the traffic stop and must be independently justified.”, regardless of the amount of time that expires between the initiation of the stop and the discovery of evidence of narcotics. We have reviewed the relevant caselaw and find no support for Ms. Sunkle’s interpretation.

The relevant caselaw focuses upon the time necessary to complete the mission of issuing a traffic ticket or a warning and “[A] seizure that is justified solely by the interest in issuing a warning ticket to the driver can become unlawful if it is prolonged beyond the time reasonably required to complete that mission.” Illinois v. Caballes, 543 U.S. 405, 407 (2005).

“An officer, in other words, may conduct certain unrelated checks during an otherwise lawful traffic stop. But … he may not do so in a way that prolongs the stop, absent the reasonable suspicion ordinarily demanded to justify detaining an individual.” Rodriguez v. United States, 575 U.S. 348, 354–55 (2015).

In the case before us, the officer testified that a traffic stop can be completed in twenty-five minutes, if there are no interruptions. While the reluctance of the passenger to provide his identification might be considered an interruption in the orderly completion of the traffic stop, we need not consider that issue because the time between the stop and the canine alert was brief. The record shows that the canine sniff occurred within approximately seven minutes of the initial stop, so the seizure was not prolonged beyond the time reasonably required to complete the mission of issuing a traffic citation. And once the dog alerted to the presence of narcotics in the vehicle, the officers had probable cause to search the vehicle. Blue Ash v. Kavanagh, 2007-Ohio-1103.  And, after the canine alert, Ms. Sunkle conceded that she “[A]dvised police that she had multiple amounts of varying drugs in her hotel room that she picked for purposes of selling.” The officers obtained a warrant to search the hotel room and discovered the narcotics that supported the charges filed against Ms. Sunkle.

We find that the canine sniff did not impermissibly extend the time for the traffic stop and deny Ms. Sunkle’s first assignment of error.

Does your agency train on utilizing Canines during Traffic Stops?