Did the Trial Court Judge Correctly Conclude that Officer Holland Could Not Seize Methamphetamine in Plain View?

The trial court’s decision in this case stretches the Fourth Amendment’s protections to the point of snapping. 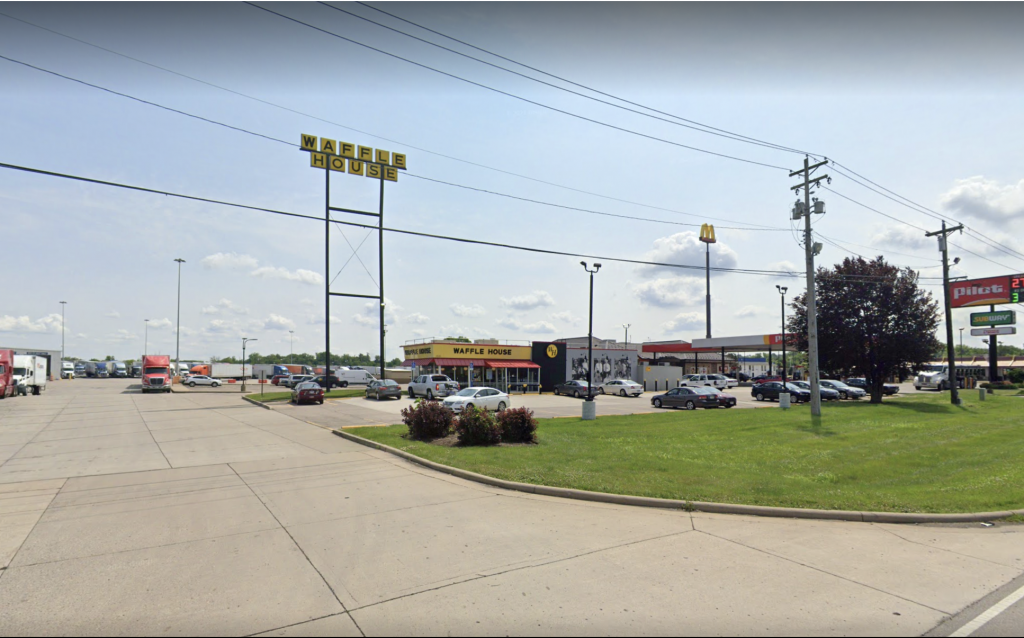 Mr. Edward’s abruptly parked in the Waffle House parking lot located at 6840 Franklin Lebanon Road, in Franklin, Ohio.  He had a lot of methamphetamine that the trial judge excluded.  But would the Twelfth District Appellate Court agree?

After placing Mr. Edwards under arrest, and once Mr. Edwards was secured in the back of his patrol car, Officer Holland exercised his discretion to have the Monte Carlo towed out of the Waffle House parking lot. Officer Holland testified this decision was made per the terms of the Franklin Police Division’s policy regarding when a vehicle could, or should, be towed. This is because, as Officer Holland testified, “[S]ometimes we can make other arrangements and sometimes we tow the vehicle.” Officer Holland later testified that he decided to have the vehicle towed per the towing policy given Mr. Edwards’ status as a “habitual driving offender” who he had “multiple dealings with” because it was his belief that Mr. Edwards’ mother “allows” him to drive the Monte Carlo despite her knowing Mr. Edwards does not have a valid driver’s license.

The trial court instead found Officer Holland’s testimony “was indicative of a pretextual search” of the vehicle. Explaining its reasoning, the trial court stated:

Officer Holland did not consider the location of the vehicle and the potential hazard or inconvenience it posed to the public or even the owner of the Waffle House. Officer Holland’s decision [to have the vehicle towed] was made based solely on his prior dealings with [Mr. Edwards] and his evidence[d] displeasure with the fact [Mr. Edwards’] mother allowed him to drive a vehicle with a suspended license. The Court finds Officer Holland was looking for evidence to use against [Mr. Edwards] during the inventory search rather than for valuables to safeguard.

The fact [that] any person may be arrested in Franklin, Ohio and may be permitted to have his or her vehicle retrieved by a friend or relative rather than impounded based solely on the mood or whim of the arresting officer is precisely the type of governmental intrusion the Fourth Amendment seeks to prohibit. Permitting the evidence seized in and around the [vehicle] under the good-faith exception to the exclusionary rule would eviscerate the purpose of the Fourth Amendment’s prohibition against unreasonable searches and seizures. Thus, the evidence must be excluded [as fruit of the poisonous tree].

On February 15, 2022, the state filed a timely notice of appeal from the trial court’s decision granting Mr. Edwards’ motion to suppress.

The trial court found the contraband seized from inside the vehicle was the result of an unlawful impoundment by Officers Holland and Davis that was done merely as a “pretext for an evidentiary search” of the vehicle. The trial court’s decision, however,  completely overlooks Officer Holland’s uncontradicted testimony that upon approaching the vehicle in the Waffle House parking lot, he discovered a piece of methamphetamine sitting out in “clear,” “plain view,” “in the open,” near the vehicle’s center console and gear shifter.

(1) The methamphetamine seized from inside the vehicle “was in plain view;”;

But, rather than focusing on what we find to be a clear application of the plain view doctrine, the trial court instead focused its attention on whether Officer Holland’s decision to have the Monte Carlo towed out of the Waffle House parking was a “[P]retext for an evidentiary search” of the vehicle. The trial court found that it was. We can find no evidence in the record to support such a finding. There is, in fact, nothing in the record that even remotely suggests Officer Holland was acting improperly and with some ulterior motive by making the decision to have the vehicle towed rather than let it sit idly by in the Waffle House parking lot. The record instead firmly establishes that both Officers Holland and Officer Davis were acting well within the acceptable bounds set forth by the Franklin towing policy when deciding whether that vehicle could, or should, be towed away from the scene. The fact that Officer Holland gave Mr. Edwards the courtesy of knowing he and Officer Davis were going to conduct a “search” of the vehicle prior to it being towed does not change that fact.

In so holding, we find it necessary to note our finding nothing unreasonable about a police officer exercising his or her discretion to have a vehicle towed out of a restaurant parking lot when the driver of that vehicle cannot legally drive away from the scene, both literally and figuratively, due to the driver having been placed under arrest, handcuffed, and secured in the back of a patrol car for driving with a suspended license. There is also nothing unreasonable about a police officer exercising his or her discretion to forego contacting the vehicle’s rightful owner prior to having a vehicle towed from the scene under these circumstances. This is because police officers, even those employed within the trial court’s jurisdiction, do not owe individuals who are placed under arrest for driving under suspension a favor by contacting a friend or a relative to come retrieve the vehicle that they were driving upon being placed under arrest. This includes, as it relates to the facts of this case, the driver’s mother.

To hold otherwise, like the trial court did in this case, places an undue burden on police officers to go out of their way to assist someone who had just moments before been committing a felony driving offense … The trial court’s decision in this case stretches the Fourth Amendment’s protections to the point of snapping. Therefore, because the trial court erred by granting Mr. Edwards’ motion to suppress as it relates to the contraband seized from inside the vehicle, the state’s arguments challenging the trial court’s decision to suppress the contraband seized from inside the vehicle are sustained.

First, Mr. Edwards had no legitimate expectation of privacy in the area surrounding the vehicle. This includes the grassy area between the Waffle House parking lot and State Route 123 where the contraband was located.

Second, Mr. Edwards had no legitimate expectation of privacy regarding the contraband at issue once he purportedly discarded the seized contraband as Officers Holland and Davis approached in a marked patrol car.

Third, the contraband was discovered outside and in plain view for the world to see had anyone stopped to look.

And fourth, even when assuming Officers Holland and Davis had conducted an unconstitutional inventory search of the vehicle, the connection between the search of the vehicle and the seizure of the contraband located outside that vehicle, if any, was so attenuated as to dissipate any resulting taint therefrom.

This case was issued by the Twelfth District Appellate Court and is only binding in the following Ohio Counties: Brown, Butler, Clermont, Clinton, Fayette, Madison, Preble and Warren

Does your agency train on Plain View?