Is it Objectively Reasonable for an Officer to Shoot a Civilian Canine when it is Attacking a Police Canine?

But under these circumstances, Ms. Mi-Chol cannot show that Officer Cherry’s split-second decision to shoot Chino to stop him from physically attacking Roky and to save Roky’s life was an unlawful seizure in violation of the Fourth Amendment.

On Monday August 3, 2020 there was an armed robbery at the Dollar Store at 15200 Mayfield Street, Detroit, Michigan.  The suspect fled on foot and was arrested.  The officers believed that the suspect pitched the firearm and were retracing his steps.  Officer Shirlene Cherry and her Canine Roky were also retracing the suspect path.

The officers asked the residents of 15074 Alma Street, Detroit Michigan a Ms. Mi-Chol to put away her two dogs that were outside – Chino, a pit bull, and Twix, a Yorkie Terrier. Ms. Mi-Chol grabbed Chino to put him into a kennel, but he escaped from her grasp and ran to the front yard. Ms. Mi-Chol went inside to grab a leash for Chino. 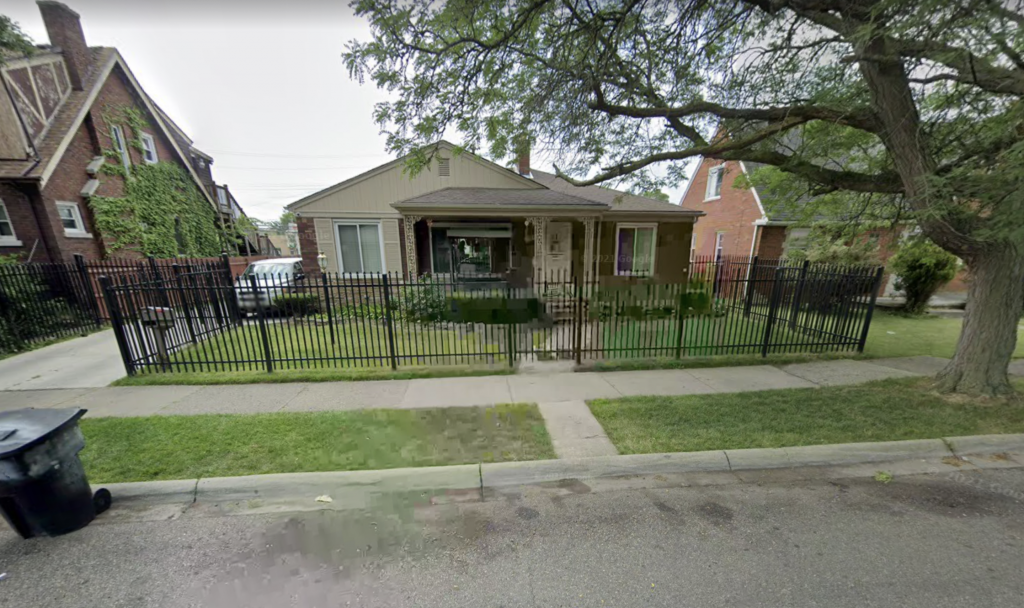 Because Chino was still out in the yard, Officer Cherry decided to take Roky to the rear of a neighboring home to begin the search for the discarded weapon. To do so, she began walking with Roky next to the iron fence that surrounded Ms. Mi-Chol’s yard. Video from Ms. Mi-Chol security camera shows that Chino ran alongside Roky on the other side of the fence and, as Roky neared the end of Ms. Mi-Chol’s fence, Chino suddenly locked down on Roky’s snout. After Roky cried out, Officer Cherry looked down to see Roky trapped in Chino’s mouth, being jerked by Chino as if Chino were trying to pull Roky through the iron fence. Officer Cherry screamed, “dog, let go,” and  attempted without success to pull Roky back by his leash.  Chino did not let go. Officer Cherry unholstered her gun and shot Chino, causing him to release Roky.  Approximately six seconds passed between the moment that Chino attacked Roky and the moment that Officer Cherry shot Chino. Chino died as a result of the gunshot.

For law enforcement to obtain Qualified Immunity it is a two-part test:

(1) Whether the officer violated the plaintiff’s constitutional rights under the Fourth Amendment; and

(2) Whether that constitutional right was clearly established at the time of the incident.

The Sixth Circuit has not directly addressed the issue of reasonableness in the context of an officer’s shooting of a pet to protect the officer’s canine partner.

Accordingly, the Sixth Circuit has held that courts must “[A]nalyze the question of whether a pet constitutes an imminent threat from the perspective of a reasonable officer on the scene, rather than with the 20/20 vision of hindsight.” Brown v. Battle Creek Police Department, 844 F.2d 556 (6th Cir. 2016).

In Brown, the Sixth Circuit held that the officers’ shooting of the plaintiffs’ dogs was a severe intrusion “given the emotional attachment” between dogs and their owners.  Thus, Officer Cherry’s shooting of Chino was likewise a severe intrusion. However, for the reasons explained below, despite the severity of the intrusion, Officer Cherry’s actions were nevertheless objectively reasonable.

Officer Cherry did not have any warning that Chino was an aggressive dog that might attack Roky if the two got too close. It is true that, because even seemingly friendly dogs can act aggressive at times, Officer Cherry’s most prudent course of action would have been to keep Roky farther away from the fence. But the fact that Officer Cherry could have acted more cautiously does not render her actions unreasonable.