Can a Ripped Off Hair Weave and Eyelash along with a Fleeing Elevator Occupant – – Rise to the Level of Reasonable Suspicion?

Based on the totality of the circumstances, it was reasonable for the officers to prevent Mr. Wright and Harris from leaving the hotel until they could investigate further.

Sharonville Officer Zachary Jones testified that he was called to the Baymont Inn, 10900 Crowne Point Dr, Cincinnati, Ohio 45241, twice on the night of Thursday January 21, 2021. 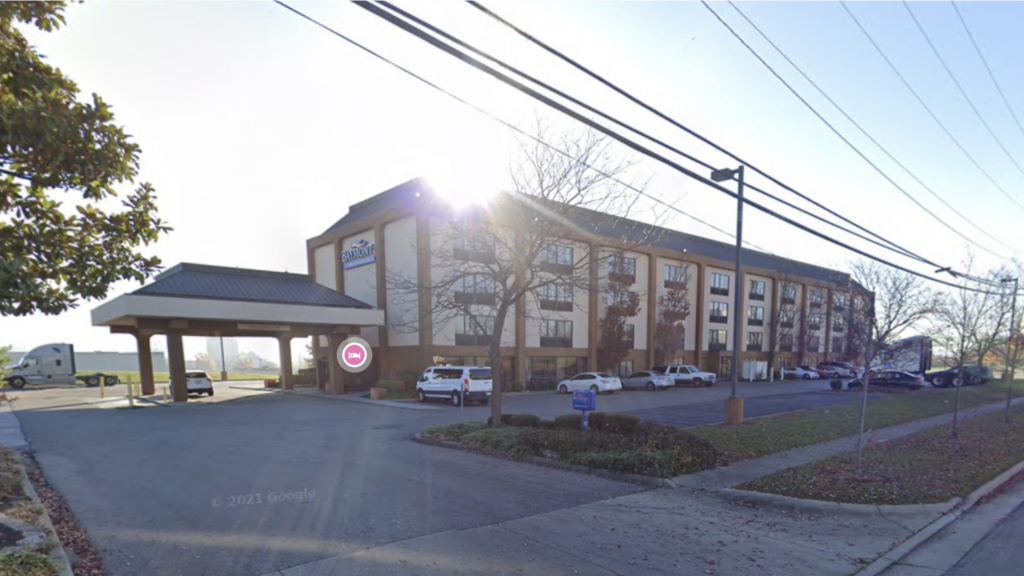 In the early hours of Thursday January 21, 2021 Sharonville P0lice responded to two disturbances here at the Baymont Inn located at 10900 Crowne Point Dr, Cincinnati, Ohio 45241.  The second call for service resulted in a CCW arrest and an appeal.

Officer Jones first responded at 1:17 a.m. to a complaint about noise and a fight on the fourth floor. The first body camera video showed that Officer Jones and three other officers went up to the fourth floor, where they heard loud noises coming from room 408. Officer Jones knocked on the door and eventually a man answered. The room was noisy and full of people. Officer Jones asked the man who had rented the room. The man said he would get the person and come right back.

When the door reopened, many of the individuals, including Mr. Wright and Ms. Olivia Harris, the woman he was later stopped with, left the room and walked down the hall. Mr. Wright spoke to Officer Jones, apparently attempting to put him at ease by telling him that they respected him and the other officers and were leaving. Officer Jones clarified to the men who remained in the hotel room that he had not ordered everyone to leave and that he was simply investigating a complaint about noise and a fight. At that point, many of the people, including Mr. Wright and Ms. Harris, returned to the room. On his way  back into the room, Mr. Wright spoke with Officer Jones again, this time joking with Officer Jones. The officers reminded the occupants to keep the noise down and they left the hotel.

Later, at approximately 3:40 a.m., Officer Jones, accompanied by Sharonville Police Officer Siefring, responded to another call at the Baymont Inn about a fight in progress on the fourth floor. Officer Jones did not know who the complainant was, and the complainant did not describe the suspects.

was indicted for carrying a concealed weapon and having a weapon while under a disability. He pled no contest as charged, was sentenced, and filed this appeal.

An officer is not required to wait until an offender commits a crime before investigating, or “shrug his shoulders” and allow a criminal to escape simply because he does not yet have probable cause to believe that the individual committed the crime. Officer Jones and Officer Siefring were called to the hotel to break up a fight and investigate any corresponding criminal conduct. Once in the hotel lobby, they heard yelling and “banging” coming from the elevator as it descended. Officer Jones testified that it “sounded like an altercation” was occurring in the elevator. When the elevator doors opened, Ms. Harris was in the back of the elevator and Mr. Wright was standing close to her and between her and the doors. Officer Jones believed that he recognized Mr. Wright from his earlier visit to the hotel. Ms. Harris was clearly disheveled and upset and said, “I’m so mad.” Based on the totality of the circumstances, it was reasonable for the officers to prevent Mr. Wright and Harris from leaving the hotel until they could investigate further.

Next, Mr. Wright argues that the officers’ words and conduct in the hotel lobby constituted more than an investigative stop and amounted to an arrest that lacked probable cause.

An arrest occurs when the following four requisite elements are involved:

(2) under a real or pretended authority.

(3) accompanied by an actual or constructive seizure or detention of the person; and

(4) which is so understood by the person arrested.

Officer Jones and Officer Siefring had reasonable, articulable suspicion to make the initial stop. They attempted to gather more information, but Mr. Wright quickly fled. The officers did not use or display force or “intrude” on Mr. Wright’s “personal security” until he fled. The officers’ words and actions in the hotel lobby evince an investigative stop, not an arrest.

Wright’s sole assignment of error is overruled, and the judgment of the trial court is affirmed.