Were the Restraint Techniques used Reasonable? Even if the Coroner concluded Mr. Thomas’ Cause of Death was a Cocaine Induced Delirium?

Because Plaintiff Wiley cannot show that Mr. Thomas had a clearly established right against the type of force that was used, the officers are entitled to qualified immunity.

In 2017 in Columbus, Mr. Jaron Thomas called 911 requesting medical assistance at 3271 Medina Avenue, Columbus, Ohio. He told the dispatcher that he had used cocaine, believed he might be overdosing from cocaine, was hallucinating, that his heart was beating intensely, and that he feared he would be shot. Columbus Police and Mifflin Township paramedics were dispatched to the address provided by Mr. Thomas. 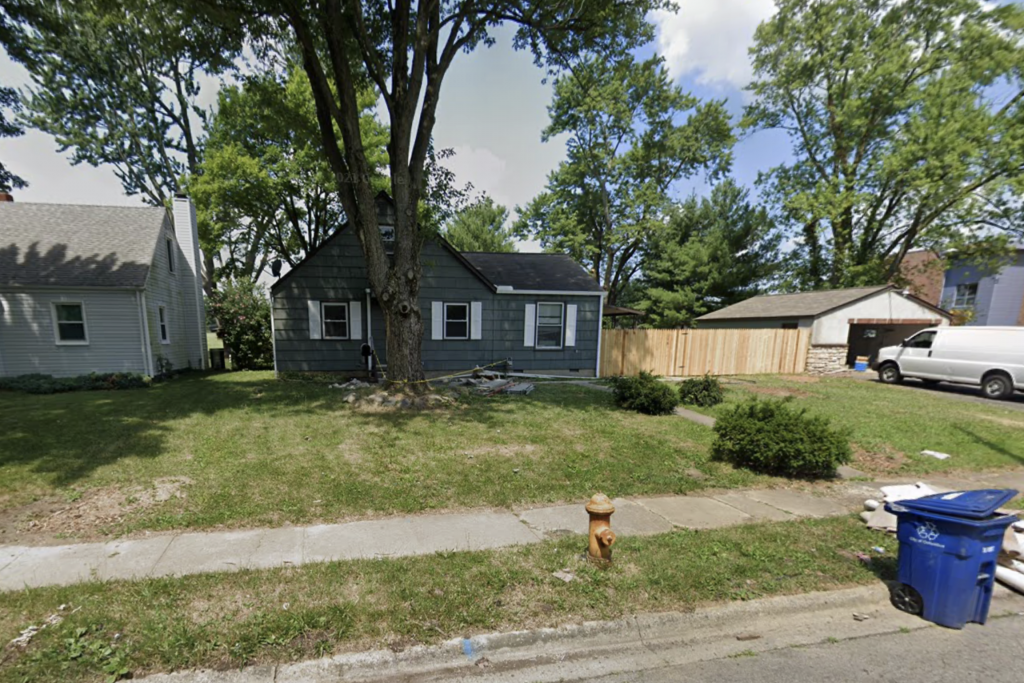 Mr. Jaron Thomas called 911 requesting medical assistance at 3271 Medina Avenue, Columbus, Ohio.  He would later die and the coroner determined his death was based on cocaine induced delirium.  His family sued for recompense claiming the officers who tried to help him caused his death.

The first officer on the scene, Officer Chase Pinkerman, arrived five minutes after Thomas’s 911 call. Following Officer Pinkerman, paramedics Kyle Gibson and Joshua Burke arrived nearby and began preparing to administer medical aid once Columbus Police ensured the safety of the scene. When dispatched to a suspected overdose it is customary for law enforcement to secure the scene before paramedics enter and treat the potential patient. Paramedics wait for law enforcement to give them an all clear because going into an overdose situation immediately can be dangerous, particularly when a 911 caller states he has been shot.

Officer Pinkerman approached the door of the residence under the belief that someone inside may be overdosing and/or shot. With his gun drawn Officer Pinkerman knocked on the door and heard what sounded like a male yelling and someone falling down a flight of steps. This fall down the steps would be an important factor during his autopsy. The door burst open, and Mr. Thomas came screaming past Officer Pinkerman from within the house and ran into the front lawn before falling to the ground. When Officer Pinkerman ordered Mr. Thomas to stay on the ground and put his hands up, he did not comply. Mr. Thomas then stood up, ran toward the street, continued disobeying orders to stop and show his hands, and then fell once more to the ground. He started “violently rolling around and sporadically contorting his body.” Officer Pinkerman was unsure if this was the man that had called 911, but he did think the individual was overdosing on drugs.

While Officer Pinkerman and Officer Stephens tried to restrain Mr. Thomas, Officer Michael Alexander arrived at the scene. When Officer Alexander arrived, Mr. Thomas was “kicking . . . squirming, [and] moving around,” which prompted him to intervene and assist with the effort to restrain Mr. Thomas. Officer Alexander grabbed Mr. Thomas’s legs, crossed his ankles, and folded his legs at the knee toward Mr. Thomas’s buttocks in a restraint technique called the “maximum resistor” maneuver. The purported purpose of the maximum resistor technique is to control the legs of an individual when that individual is kicking and using his lower-body weight to resist law enforcement. It is a trained technique. Maximum resistor is not the same as hog-tying. Mr. Thomas continued trying to pull away from the three officers, so Officer Pinkerman delivered a knee strike to Mr. Thomas’s abdomen. At this stage Mr. Thomas’s right wrist was finally handcuffed such that both hands were cuffed behind his back.

Officer Alexander let go of Mr. Thomas’s legs, and the three officers stood him up. Thomas continued to flail his upper body, but the officers tried to walk him to the police cruiser nearby and they signaled to paramedics to enter the scene. Ms. Chana Wiley does not claim the use of physical force by law enforcement up to this point in time constituted excessive force. Ms. Chana Wiley’s claims are limited to the subsequent interaction between Thomas and the officers.

After Mr. Thomas was upright and handcuffed, he continued being uncooperative and combative with Officer Pinkerman, Officer Stephens, and Officer Alexander. Officer Alexander testified that Thomas was “kicking [and] dropping his body weight” and Officer Pinkerman testified that he was “kicking to the front, kicking to the back . . . [and] trying to get away from our control.” Because of Mr. Thomas’s ongoing resistance, and the danger he posed to those around him, the officers laid him back on the ground for a second time. Officers Kyle Andrews and Richard Shaffner arrived to assist Officers Pinkerman, Stephens, and Alexander.

Once Mr. Thomas was returned to the ground in the prone position, Officer Alexander went to his police cruiser to retrieve a hobble strap to secure Mr. Thomas’s feet. A hobble strap “is a black nylon strap that goes around the ankles and attaches to the handcuffs.”.  The purpose of a hobble strap is to control an individual’s feet and restrict his ability to kick. The concern remained that Mr. Thomas was overdosing and required immediate medical attention, but so long as Mr. Thomas continued kicking paramedics could not safely treat him. Officer Alexander explained his reasoning for going to get the hobble strap: “We can’t get him medical attention until he is cooperating. If he’s not going to cooperate himself, then we have to make sure that he’s not going to kick a medic, he’s not going to kick us.”.

Paramedics Kyle Gibson and Joshua Burke arrived as Mr. Thomas was being rolled onto his side. Notably, in a statement given after January 14, 2017, Paramedic Gibson stated that “one of the officers had his knee on the back to keep the patient from resisting.” When asked about this later in his deposition, Paramedic Gibson could not recall what he saw regarding an officer placing a knee on Mr. Thomas’s back, nor did he comment on where the knee may have been placed precisely, if at all. Plaintiff Wiley draws attention in her brief to Paramedic Gibson’s reference to “a knee on [Thomas’s] back” to support the assertion that a knee was pressed on Mr. Thomas’s back and caused asphyxia ultimately leading to his death.

Once Paramedics Gibson and Burke were close to Mr. Thomas, they observed him seemingly conscious, breathing infrequently, and mumbling. Paramedic Gibson surmised that Mr. Thomas was overdosing from opiates; he also noticed Mr. Thomas’s “pinpoint pupils” as “a telltale sign [of] opiates.” Realizing the seriousness of Mr. Thomas’s condition, paramedics loaded him onto a cot and administered Narcan to increase his respiratory rate. At 12:02 a.m. paramedics deemed Mr. Thomas to be in a stable, non-life-threatening condition, but four minutes later he stopped breathing and went into cardiac arrest. Twelve minutes later paramedics were able to obtain a return of spontaneous circulation to Mr. Thomas’s heart.

Mr. Thomas arrived at the hospital in critical condition; he had subtle respiratory motion but continued to convulse. The treating physician ordered a drug screen that tested positive for marijuana, cocaine, and opiates. Mr. Thomas never regained consciousness and died nine days later.

Mr. Thomas’s cause of death was determined by the county coroner to be “anoxic encephalopathy” resulting from cardiac arrest, which was caused by “cocaine induced delirium.”  Plaintiff Wiley’s medical expert, Dr. Francisco Diaz, disputed the coroner’s reported cause of death. Dr. Diaz concluded that Mr. Thomas’s death was cardiac arrest caused by “forcible restraint that precluded adequate breathing.”

(1) Excessive use of force in violation of the Fourth and Fourteenth Amendments, pursuant to 42 U.S.C § 1983;

(4) Loss of consortium. The district court granted the defense motion for summary judgment.

For law enforcement to obtain Qualified Immunity it is a two-part test:

(1) Whether the officer violated the plaintiff’s constitutional rights under the Fourth Amendment; and

(2) Whether that constitutional right was clearly established at the time of the incident.

We turn to whether the law as of January 14, 2017, was clearly established that the techniques used by Officer Andrews and Officer Shaffner could not be applied under the circumstances they used them. “‘Clearly established’ means that, at the time of the officer’s conduct, the law was ‘sufficiently clear’ that every ‘reasonable official would understand that what he is doing’ is unlawful.” District of Columbia v. Wesby, 138 S. Ct. 577, 589 (2018).  “Use of excessive force is an area of the law ‘in which the result depends very much on the facts of each case,’ and thus police officers are entitled to qualified immunity unless existing precedent ‘squarely governs’ the specific facts at issue.” Kisela v. Hughes, 138 S. Ct. 1148, 1153 (2018).  “The rule’s contours must be so well defined that it is ‘clear to a reasonable officer that his conduct was unlawful in the situation he confronted.’” Wesby, 138 S. Ct. at 590 (quoting Saucier v. Katz, 533 U.S. 194, 202 (2001)). The plaintiff bears the burden of showing that a right is clearly established. Barrett v. Steubenville City Schs., 388 F.3d 967, 970 (6th Cir. 2004).

Plaintiff Wiley cannot meet her burden of demonstrating a clearly established right as of January 14, 2017, prohibiting the use of the techniques used by Officer Andrews and Officer Shaffner on Mr. Thomas under the circumstances of his erratic and combative behavior. Because Plaintiff Wiley cannot show that Mr. Thomas had a clearly established right against the type of force that was used, the officers are entitled to qualified immunity.