Was Malik Pretending to Shoot Birds or was he Inducing Panic with a Fake AK 47?

Certainly, pointing a realistic looking weapon into oncoming traffic is reckless and caused panic and public alarm as evidenced by the 911 calls and the testimony of eyewitnesses [Mr. Joe] Hunter, [Mr. Mikel] Willis and [Mr. Solomon] Collins.

On October 28, 2021, Canton Police Officer Kim Elliott was driving down Tuscarawas Street West in Canton, Ohio when he was flagged down by a male pedestrian. Officer Elliott stopped and the man pointed behind Officer Elliott, advising there was a man walking down the street with an AK-47. This man would later be identified as Mr. Malik Martinez.  Officer Elliott looked in his rearview mirror and saw Mr. Martinez walking in the opposite direction with something in his hand. Officer Elliott contacted dispatch and advised he was going to investigate.

While that was happening, Canton Police 911 dispatch received several calls regarding Mr. Martinez walking down Tuscarawas Street waiving around two weapons and pointing them at passing traffic. One couple reported they saw Mr. Martinez climb onto a tree stump and point the AK-47 at passing traffic. Alarmed, they drove away quickly and called police. Motorists on Tuscarawas were honking their horns to alert others to Mr. Martinez’s presence. Three eyewitnesses who later testified at trial stated they feared for their safety. 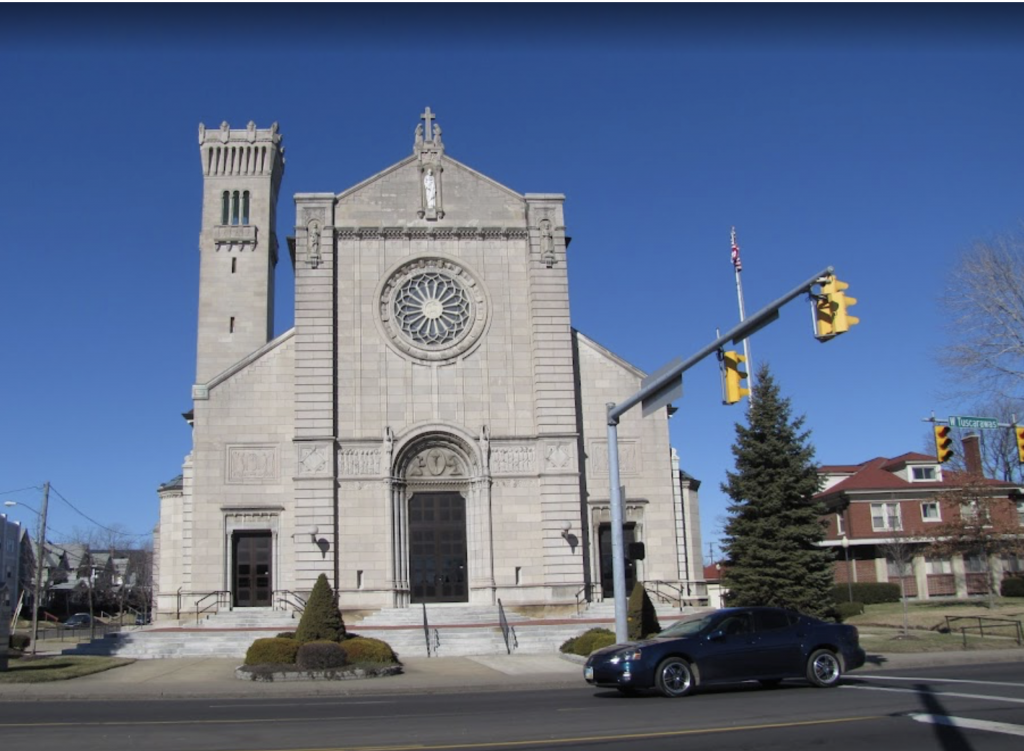 Mr. Martinez was walking toward a woman sitting on the steps of St. Joseph’s Church in Canton, Ohio brandishing an AK 47 and a handgun when he was confronted by Canton Police Officer Kim Elliot.  Mr. Martinez would later testify that he was only pretending to shoot birds with his AK 47 – later determined to be a fake gun.

Mr. Martinez complied. Once Mr. Martinez was on the ground, and upon closer inspection, Elliott could see that although they had been modified to look real, the guns were fake. Several officers including the shift sergeant arrived to assist Officer Elliott. Mr. Martinez was taken into custody without incident. The woman seated on the steps was Mr. Martinez’s girlfriend.

Mr. Martinez was later charged with one count of inducing panic pursuant to O.R.C. § 2917.31(A)(3), a misdemeanor of the first degree. Mr. Martinez pleaded not guilty and the matter proceeded to a jury trial on November 18, 2021. Before trial the trial court asked the state what predicate offense it intended to present. The state indicated it would present evidence of disorderly conduct pursuant to O.R.C. § 2911.11(A). The trial court granted the state’s Motion for Specific Jury Instruction which required the jury to find Mr. Martinez caused serious public inconvenience or alarm by committing the offense of disorderly conduct.

The state called eight witnesses including two dispatchers who received 911 calls regarding Mr. Martinez’s behavior, three eyewitnesses, and three officers who managed the incident. Mr. Martinez testified on his own behalf. He testified he was not pointing the toy guns at passing traffic, but rather at birds, pretending to shoot them. He also testified that when his girlfriend went into McDonald’s to get them food earlier that day, he stayed outside because he did not want to scare the employees with the guns. He further explained that the orange tip on one of the guns had been removed to make it appear more realistic.

At the conclusion of state’s evidence, counsel for Mr. Martinez made a Criminal Rule 29, which is a Motion for Acquittal arguing because the state failed to charge Mr. Martinez with Disorderly Conduct and in any event had failed to prove disorderly conduct. The trial court overruled the motion. After deliberating, the jury returned a guilty verdict.

In his sole assignment of error, Mr. Martinez argues the trial court erred by denying his Criminal Rule 29 motion for acquittal. We disagree.

Certainly, pointing a realistic looking weapon into oncoming traffic is reckless and caused panic and public alarm as evidenced by the 911 calls and the testimony of eyewitnesses [Mr. Joe] Hunter, [Mr. Mikel] Willis and [Mr. Solomon] Collins. Moreover, these witnesses testified they found this threat of force physically offensive.

Each witness presented by the state testified the situation caused inconvenience, annoyance, or alarm. Accordingly, the trial court did not err in denying Mr. Martinez’s Criminal Rule 29 motion for acquittal.

Does your agency train on Disorderly Conduct and Inducing Panic?