Anthony the Racist Threatens Officer but would All His Charges be Upheld?

The state’s theory of the case, however, does not constitute the offense of obstructing official business.

On Sunday October 25, 2020 Toledo Police Officer Nicole Tucker observed a male later identified as Mr. Anthony Kelly driving with an expired registration sticker on his vehicle. Officer Tucker began to follow the vehicle, and initiated a traffic stop as Mr. Kelly was parking his car in the parking lot of the Oak Hills Apartment complex. 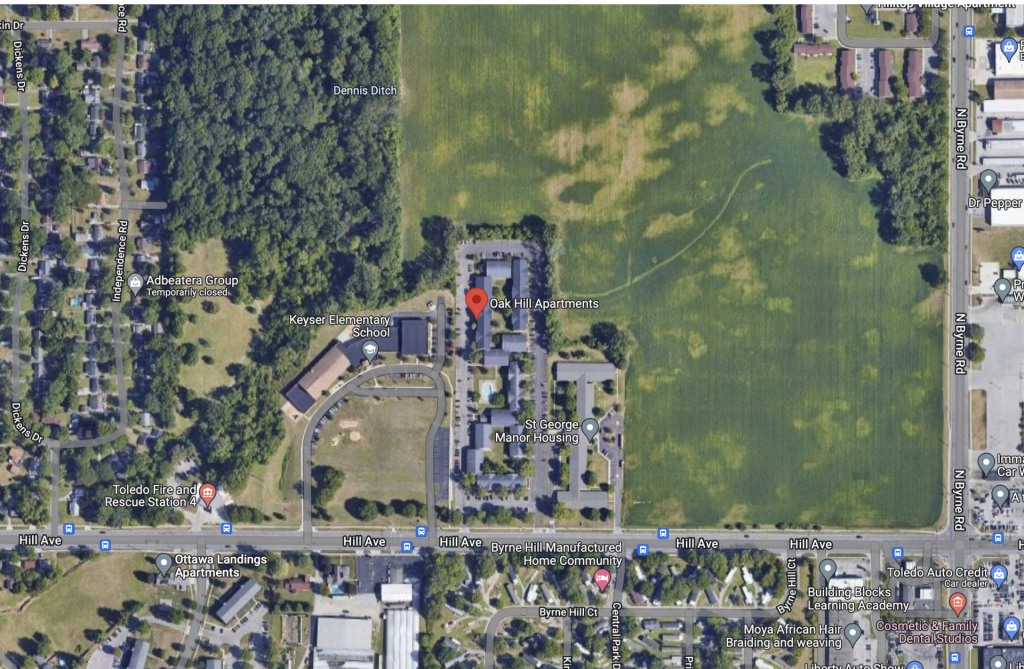 Officer Tucker stopped Mr. Kelly at the Oak Hill Apartment complex in Toledo, Ohio which led to his arrest and subsequent appeal.

Once at Mr. Kelly’s driver’s side window, she says “Give me your driver’s license and insurance please.” Mr. Kelly begins looking in his console again and can be heard saying something that sounds like “it’s in a card, ma’am.” Officer Tucker tells Mr. Kelly to keep his hands where she can see them, so he stops looking through the console and puts his hands up by the wheel. Officer Tucker then asks, “Do you even have a license, and don’t lie to me because I already know the answer to this.” Mr. Kelly responds, “You know everything about me.” Officer Tucker then opens the driver’s side door and instructs Mr. Kelly to come out of the vehicle.

We note that Officer Tucker ordered Mr. Kelly out of the car after approximately twenty-two seconds of questioning regarding his license and insurance, and the entire encounter from when Officer Tucker first approached Mr. Kelly to when she secured the handcuffs on him took approximately eighty seconds. This brevity would be at the core of Mr. Kelly’s appeal.

Mr. Kelly remained calm and composed the whole time. He did not yell or raise his voice. He did not utter profanities. He did not make any verbal threats. He did not make any menacing gestures or sudden movements with any part of his body. Although Mr. Kelly’s verbal answers were not directly responsive to Officer Tucker’s questions regarding his license and insurance, and although Mr. Kelly moved slowly when ordered out of the vehicle, it is clear from the video that Mr. Kelly did not exhibit any belligerent, argumentative, or obstreperous behavior at any time during the stop.

Officer Schroeder’s body camera video was also entered into evidence and played for the court. In the video, Officer Tucker can be seen grabbing Mr. Kelly’s left arm with her left arm, and placing her right arm inside the vehicle, presumably on Mr. Kelly’s back. Although Mr. Kelly initially grabs the top of the car door with both hands, he quickly allows his left hand to be placed behind his back. Officer Schroeder can be seen holding Mr. Kelly’s left arm, but the video is obscured and does not show any of Officer Tucker’s struggle with Mr. Kelly’s right arm.

Mr. Kelly, in his own defense, testified that he was not driving that day, and was simply listening to music in his car. Mr. Kelly described that when Officer Tucker approached him she was aggressive and in a hurry to “beat [him] down,” but he was calm. Mr. Kelly testified, in effect, that he was complying with Officer Tucker, but that he was moving slowly and she wanted to rush him.

Once Mr. Kelly was arrested and in the back of the police cruiser, Mr. Kelly began making threatening comments, and continued doing so after they arrived at the jail. According to Officer Tucker, Mr. Kelly told the officers that “he should have just killed us when he had the chance and that he should have fought us much more than he did.” Mr. Kelly also threatened to cut the heads off of white people and threatened to shoot Officer Tucker with an AK-47. Officer Tucker testified that while some of Mr. Kelly’s threats were general comments, others were personal to her, and caused her to fear for her own safety.

Video from Officer Tucker’s body camera was again entered into evidence and played for the court. The video showed the officers and Mr. Kelly arriving at the jail. Mr. Kelly refused to exit the cruiser, and insisted that Officer Tucker grab him out, just like she grabbed him out of his car. As Mr. Kelly was being escorted into the jail, he began a long, expletive-filled tirade, in which he repeated over and over that he “hate[s] white people.” Mr. Kelly also threatened, “I wish I could cut ‘em by the motherf***in neck,” and “You can do completely nothin’ until you stab ‘em, right where the f*** they work at, nig***. * * * And if you could vote for Trump, nig***, kill that nig***. F*** white people, nig***.”

Officer Schroeder likewise testified that as they were driving Mr. Kelly to the jail, Mr. Kelly was making statements about how he should have fought them more, and that he should have killed them when he had the chance. Once they arrived at the jail, Officer Schroeder testified that Mr. Kelly told Officer Tucker that he had an AK-47 with her name on it and that she should get a TPO against him.  Only someone who has previously been subject to a TPO would suggest that Officer Tucker get a TPO.

Officer Schroeder’s body camera video was also entered into evidence and recorded much of the same threats made by Mr. Kelly as Officer Tucker’s video. Upon the conclusion of the trial, the trial court found Mr. Kelly not guilty of the traffic charges against him—i.e., tinted glass violation, expired registration, seatbelt violation, and driving under suspension.

Similarly, the trial court noted that although the officers testified that Mr. Kelly did not have his seat belt on, the state did not produce any evidence beyond that “conclusory statement” to demonstrate “what led [the officers] to that conclusion.” Finally, on the charge of driving under suspension, the trial court found that the state did produce a LEADS report, but that the report was not certified, and there was no testimony as to the type of driver’s license suspension, the length, the date that it started, or the date that it ended.

The trial court then addressed the criminal charges against Mr. Kelly and found him guilty on all counts. Specifically, the trial court found Mr. Kelly guilty of the offense of obstructing official business, reasoning:

[T]aking the totality of the circumstances that occurred within that time, the defendant’s not answering her question in a reasonable way when she asked for his license; he said I’m bored. Asked again for his license; he said I’m at home. He refused to exit the vehicle in the parking lot. His body language, according to the officer, was tensing up, you know, hunkering down. The footage from her camera shows clearly that she’s grabbing the suspect’s left arm. She testified that there was a pressure point that is off the camera. You know, the body cameras aren’t perfect, you only see a very limited view. We can’t see what’s outside of the view of that camera. But her testimony indicated that she had a pressure point on him and was pulling him out of the car, that he was not exiting the car upon her reasonable command. And then he grabbed the door, and her testimony revealed that he had — she had to pry his hand off of the doorframe.

And, again, looking at his conduct and the totality of the circumstances, the court is aware he was already under arrest for obstructing when he got down to the sallyport at the jail, but certainly that obstructive conduct continued in the sallyport, refusing to exit there and, again, having them having to delay and having to take extra steps to simply get him out of the car.

In finding Mr. Kelly guilty on the offense of resisting arrest, the court commented:

As to the resisting, some of the conduct overlaps; pulling away from
the officer, refusing to put his hand behind his back and as a consequence Officer Schroeder that he had to assist her in getting both hands behind his
back. Officer Schroeder indicated he had to grab his left wrist while
Officer Tucker was prying his fingers off of the doors. And, again, this
conduct is somewhat fluid in going from the obstructing into the point
where they’re asking you to put your hands behind your back because
you’re now under arrest. The act of grabbing the door to get out of the car,
I could see that, but when she’s literally prying your fingers off. You
weren’t letting go, you were resisting, you were pulling away. It was
quick. It’s not the worst resisting I’ve seen. It’s certainly not the worst
resisting they’ve experienced, but it was there.”

Finally, on the offense of aggravated menacing, the court found Mr. Kelly guilty based upon his specific threat to Officer Tucker that he had an AK-47 with her name on it and that she needed to get a TPO.

Following the trial, the court proceeded immediately to sentencing, and ordered Mr. Kelly to serve 180 days in jail on the charge of aggravated menacing, and 90 days in jail, each, on the charges of resisting and obstructing. The court suspended all of the days of the sentence, and ordered Mr. Kelly to serve one year of probation, with the conditions that he have no more criminal convictions, and that he be fully compliant with his treatment at the Zepf Mental Health Center.

The court held “(N)ot only did the criminal complaint specifically allege that the obstruction charge was based upon appellant’s mere refusal to produce a license, this was the state’s theory throughout trial. When asked by the prosecutor whether “the defendant’s acts of refusing to produce the license or any documentation … impede[d] your lawful duties to conduct an investigation at that traffic stop,” both Officer Tucker and Officer Schroeder confirmed that it did. The state’s theory of the case, however, does not constitute the offense of obstructing official business.”

No person, recklessly or by force, shall resist or interfere with a lawful arrest of the person or another.  O.R.C. 2921.33(A)

Officer Tucker told appellant she was arresting him because he was driving “with no license” and had expired plates, and the criminal complaint here provides two reasons that officers decided to arrest appellant: the obstruction charge and the charge for driving under a suspended license.

The evidence demonstrates that appellant made specific violent threats against Tucker, which, according to her, caused her to be in fear of serious physical harm. We find her testimony regarding her fear to be reasonable and credible in light of all the circumstances of this case. Therefore, we hold that appellant’s conviction for aggravated menacing is not against the manifest weight of the evidence.

This case was issued by the Sixth District Appellate Court which is only binding in the following Ohio Counties: Erie, Fulton, Huron, Lucas, Ottawa, Sandusky, Williams and Wood.

Does your agency train on Obstructing Official Business?