Was a Shot Spotter Alert, with a Five-Minute Time Gap, Objectively Reasonable to conduct a Pat Down?

[W]e hold that under the totality of the circumstances, the police officers did not have a reasonable and articulable suspicion that Mr. Henson was armed and dangerous, and that those circumstances would not cause a reasonable officer to conclude that his safety was in danger sufficient to justify a pat-down search.

On Sunday October 25, 2020, at 10:13 p.m., Cincinnati police officers were dispatched to the Westwood area of Cincinnati on a report from the Shot Spotter Alert System of shots fired. Shot Spotter is a system of sensors placed throughout the city that can register the sound of gunfire and distinguish it from other sounds such as fireworks. A live dispatcher for Shot Spotter receives the alert and determines whether the sound was in fact gunfire and if there were multiple gunshots. The system then triangulates the location of the sound to provide a radius on a map as to where the shots came from, and the dispatcher relays that information to the police.

The Shot Spotter dispatch directed the police to 2528 to 2568 Hansford Place, a residential dead-end street. Within five minutes, a plain-clothes officer arrived at the scene. He said that he observed a man alone in the street. 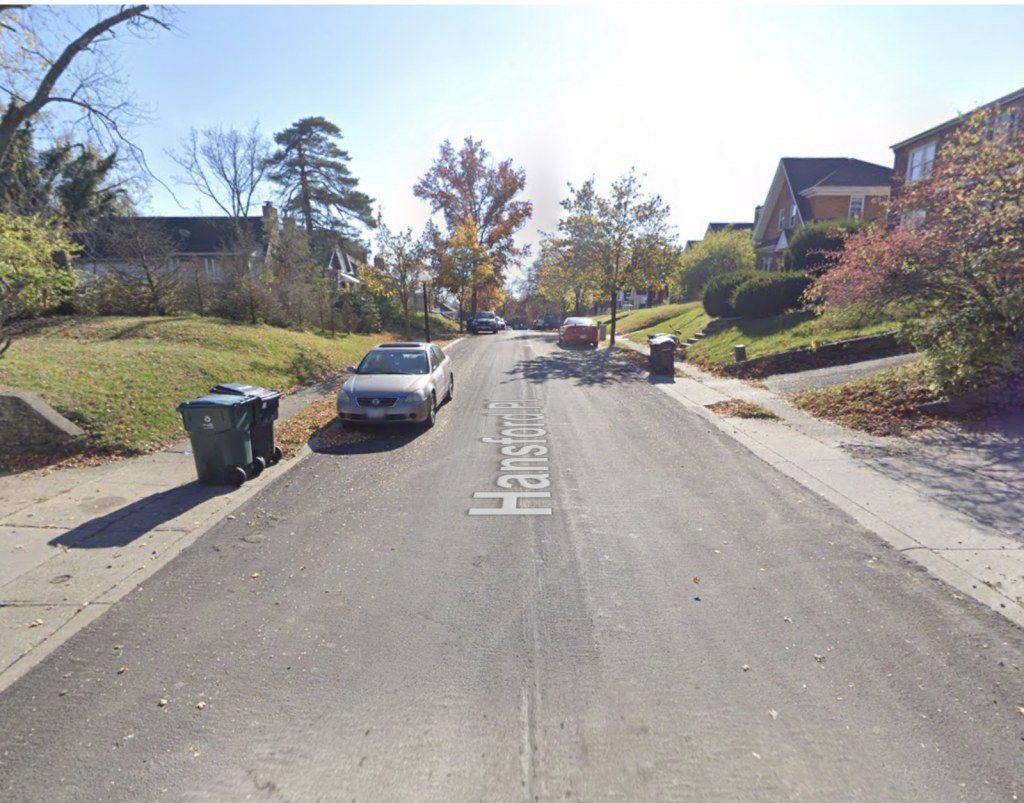 Officer Jason Wallace, who was assigned to the Gun Crimes Task Force, was patrolling in Westwood, which was an area well known for gun activity. He received the dispatch about shots fired. The plain-clothes officer on the scene notified him that there was a man alone at the scene. Officer Wallace arrived about three minutes after the plain-clothes officer. 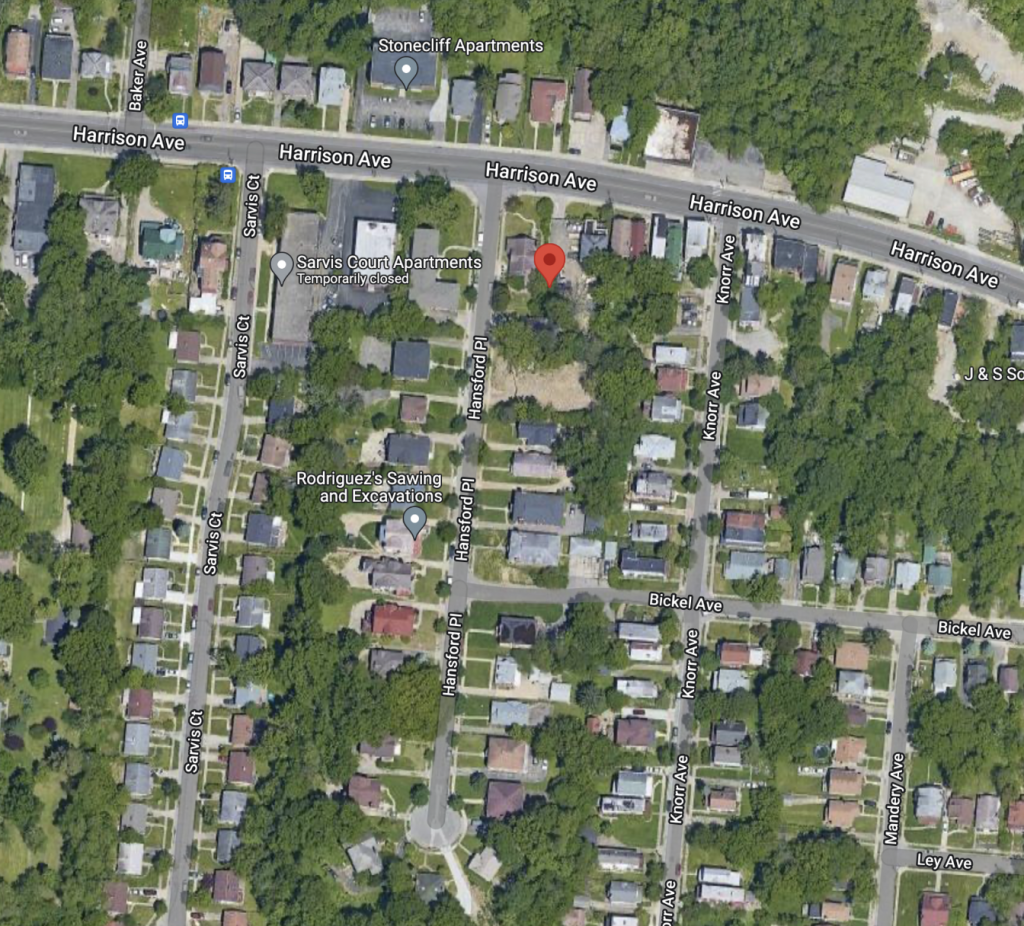 He saw a man later identified as Mr. Montez Henson “halfway in the back of his vehicle.” Even though the plain-clothes officer stated that Mr. Henson was alone, video from Officer Wallace’s body camera showed that he was placing three young children in the rear seat of his vehicle when he arrived. Officer Wallace and his partner approached Mr. Henson and asked if he had heard any gunfire. Mr. Henson replied that he had not.

Mr. Henson was indicated for aggravated trafficking in drugs, aggravated possession of drugs, trafficking in cocaine, possession of cocaine, carrying concealed weapons, and having a weapon while under a disability. He filed a motion to suppress all evidence recovered from the warrantless seizure and search of his person. The trial court agreed that there was an unconstitutional seizure and granted the motion to suppress.

The State of Ohio appealed the Motion to Suppress and the First District Appellate Court upheld the suppression of the firearm, methamphetamine and cocaine.

Immediately after encountering Mr. Henson, the police officers patted him down for weapons. At that time, there was a seizure within the meaning of the Fourth Amendment. Whether a seizure has occurred is a question of fact to be determined from the totality of the circumstances. Michigan v. Chestnut, 486 U.S. 567, 573 (1988).

The First District Appellate Court quoted the Supreme Court of Ohio from a 2019 case that best describes the difficulty of law enforcement … “Reasonable suspicion is an “elusive concept,” and “[p]recisely defining reasonable suspicion is not possible.” It is not readily reduced to a “neat set of legal rules.” State v. Hawkins, 158 Ohio St.3d 94 (2019).

The First District Appellate Court relied heavily on State v. Hairston, 156 Ohio St.3d 363 (2019) for contrast to the detention and pat down of Mr. Henson.  For more on Hairston see Was 60 Seconds Enough Time to Establish Reasonable Suspicion?.

This case is distinguishable in some important ways. First, Officer Wallace did not personally hear the gunshots. In discussing the facts in Hairston, the Supreme Court noted, “This is not a case in which the officers relied on a radio dispatch or other secondhand information about shots being fired … but one in which they heard and immediately reacted to the sound of nearby gunfire.” The officers in Hairston said the gunfire “appeared to be close.”. Further, in Hairston, the officers knew exactly where the gunshots had come from, which was a local elementary school. In the present case, the officers did not know exactly where the gunshot had occurred but only that it occurred in a certain radius. The record contains no testimony as to the size of the radius.

That the officers were in a high-crime area is relevant. The Supreme Court of Ohio has stated that an officer’s experience with criminal activity and an area’s reputation for criminal activity are relevant factors in the reasonable-suspicion analysis … But “an individual’s presence in a high-crime or high-drug area, by itself, is insufficient to justify the stop and frisk of a person.”. In re J.C. 2019-Ohio-4815.

Immediately after encountering Mr. Henson, the police officers patted him down for weapons. At that time, there was a seizure within the meaning of the Fourth Amendment.

“In this case, the stop and the pat-down search occurred simultaneously as the officers had to detain Henson to conduct the pat-down search. Viewing the totality of the circumstances, we hold that the police officers did not have a reasonable and articulable suspicion to cause a reasonable officer to conclude that Henson was armed and dangerous and that the officers’ safety was in danger.

In sum, we hold that under the totality of the circumstances, the police officers did not have a reasonable and articulable suspicion that Mr. Henson was armed and dangerous, and that those circumstances would not cause a reasonable officer to conclude that his safety was in danger sufficient to justify a pat-down search. Consequently, the trial court did not err in granting Mr. Henson’s motion to suppress. We overrule the state’s sole assignment of error and affirm the trial court’s judgment.”.

This case was heard by three appellate court judges.  The decision resulted in a two to one split.  The following excerpted analysis was provided by Judge Robert Winkler who is clearly a wise and reasonable jurist.

Because I would hold that the police officers had an objectively reasonable suspicion that Mr. Henson might have been involved in criminal activity and armed and dangerous sufficient to justify the stop and the pat-down search, I respectfully dissent from the majority opinion.

It was dark and raining when the officers arrived at the scene. When Officer Wallace told Mr. Henson that he wanted to conduct a pat-down search, Mr. Henson became agitated and turned his body away. Nervousness during interactions with the police is a factor to be weighed in determining whether reasonable suspicion exists. State v. Fisher, 2011-Ohio-2488.

Even if none of the factors relied upon by the state were sufficient in and of themselves to create a reasonable suspicion that Henson was involved in criminal activity and that he was armed and dangerous, the totality of those factors, considered through the eyes of a reasonable police officer, arose to that level.