Can Law Enforcement Search a Hotel Room While Paramedics Work on an Unconscious Overdose Patient in the Bathtub? 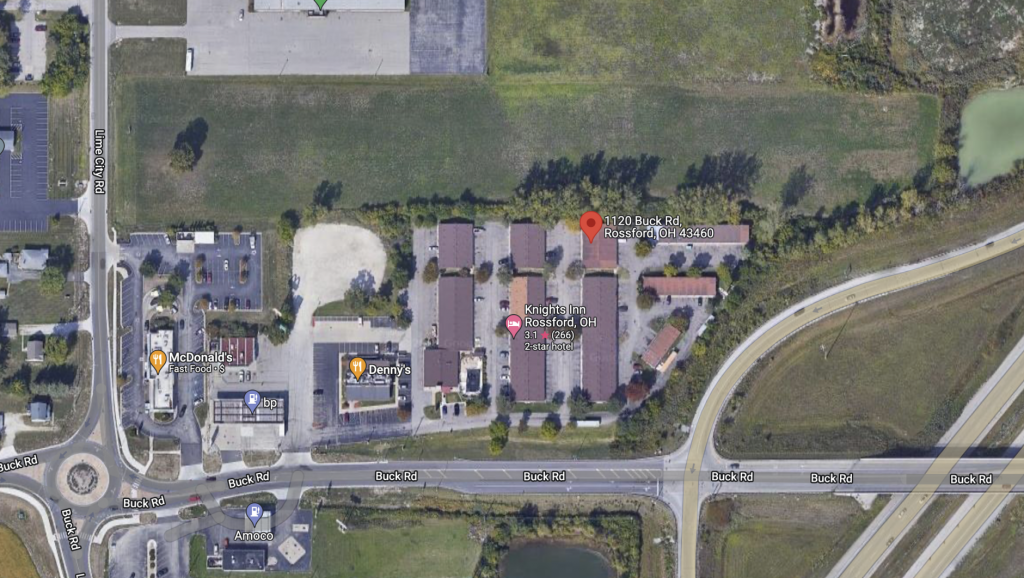 Mr. Marshall was found overdosed at the Knights Inn in Rossford, Ohio in room 305.  What occurred next would lead to felony charges and an appeal.

The 911 call came to the Rossford Police and Fire dispatch at approximately 1:42 p.m. The first voice on the recorded call is from an unknown person stating that he has an emergency. He then hands the phone to a member of the housekeeping staff. At first this confuses the dispatcher because there has been no statement as to where the call is coming from or who has initiated the call.

Once on the phone the housekeeper explained the facts as if the dispatcher should know where she is calling and that she is a housekeeper. In this recitation she informed the dispatcher that she went into a room and was cleaning up. She stated that she began picking up personal belongings of the occupant because he was supposed to be checking out and she believed he had left without taking his clothes or other personal items. She said that she had announced herself and no one had answered. But after being in the room a few minutes she went into the bathroom where she discovered the occupant of the room, Mr. Charles Marshall, was unresponsive and moaning in the bathtub.

After all this information was conveyed the housekeeper informed the dispatcher that she is calling about room 305 at the Knights Inn, after a question was asked by the dispatcher. The answer to this question confirmed that the caller is with the cleaning crew at Knights Inn, that there is a man in the bathtub of room 305, and that he is unresponsive. The dispatcher closed out the call, which lasted just over two minutes, with collecting the housekeeper’s name … and informing her that they will be sending help to the occupant of that room.

Within minutes of this call Sgt. Mark Marek of the Rossford Police Department drove his police cruiser into the Knights Inn parking lot and parked in a space across from room 305. The hotel is a single-story complex with rooms that have outdoor entrances. At the same moment a rescue squad from Rossford Fire Department arrived and paramedics from that truck walked toward the room. Sgt. Marek informed the paramedics that “they’re asking for Narcan.” This information had come to the sergeant via radio communication from an officer who was inside the hotel room. The Rossford police chief and a trainee officer had arrived at the hotel moments ahead of Sgt. Marek and the paramedics.

Three paramedics from the rescue squad entered into room 305 followed by Sgt. Marek. The paramedics went directly to the bathroom. The room is approximately ten to thirteen feet wide and twenty to twenty-five feet long with a bathroom vanity at the far end of the room. To the left of this vanity is a door which leads to the bathroom where the toilet and bathtub are located. From the video it can be seen that this room has a single bed which appears to be queen or king sized. On each side of the bed are nightstands. To the left of the entry door is a table with two chairs in front of a window that is next to the entry door. To the right and facing the bed is a table with a flat screen television.

In the video one can see the police chief standing against a wall at the far end of the room near the bed. Another emergency worker is seen at the foot of the bed and appears to be looking through a medical bag that has been laid on the bed. The trainee officer is off to the right of the room not far from the vanity.

When Sgt. Marek entered the room the chief of police can be heard saying, “there is paraphernalia and shit” and is seen pointing to the front of the room. From the video camera one can see that Sgt. Marek began looking off to his left in the front of the hotel room, where the police chief had pointed. The room appears messy with food containers on some of the tables. As he moves to the left of the room it appears that Sgt. Marek looks at the table and bed area. It is here that Sgt. Marek testified he observed a bag of white powder, a cellphone and a scale on the floor. As Sgt. Marek is looking around in this area the police chief moved forward toward the door and is seen pointing to the bedstand and says to Sgt. Marek, “there is a bag and some white shit over there.”

From the video one can see Sgt. Marek pick up a cell phone from a chair sitting next to the bed. As Sgt. Marek continued to look through the room, the trainee officer, who is positioned at the foot of the bed, used a flashlight to bring attention to a plastic baggie containing a white substance on the nightstand. Sgt. Marek took notice of this baggie and as he walked to the other side of the bed the police chief picked up the plastic baggie and said, “this was on the floor, it actually looks like salt” and then followed it up with “I think that’s salt.” The baggie is then handed to Sgt. Marek and the police chief moves on to a book bag on the bed and states “there’s a phone in this bag.” As Sgt. Marek looked at the plastic baggie he stated “that’s not salt.” As the police chief seemed to look through the book bag the trainee can be heard pointing the sergeant to other items on the other side of the bed including another baggie with a white substance. One can see Sgt. Marek move to the other side of the bed and continue searching the room based upon the trainee’s observation. At some point Sgt. Marek finds a paper that he indicated in his testimony was the bill from the hotel.

At this point there is a short conversation between Sgt. Marek and the trainee. In this colloquy the trainee made a comment about how the suspected drugs were ingested and that is responded to by Sgt. Marek, agreeing that no paraphernalia for ingesting was present, but that the items are “ours now.” Following this exchange Sgt. Marek made contact via his radio to dispatch to run information containing information about the Mr. Marshall which was ostensibly found on a piece of paper obtained from the floor.

According to the standard policy check-out at the hotel is 11:00 a.m. A person may stay in the room until 11:30 a.m. without any request to management from the guest. Typically, at 11:30 a.m. housekeeping staff is sent out to begin cleaning if someone is to be checking out. A guest may pay an extra $25 to stay until 2:00 p.m. According to Det. Revill if a person is not checked out by 2:00 p.m., has not departed the room, and housekeeping cannot effect a removal of the guest then the manager may be called over to evict the occupant. If this does not accomplish the intended result then the police may be called to the scene to assist with eviction.

Hotel staff may terminate a person’s status as a guest by taking affirmative steps to repossess the room. “[A] hotel guest automatically relinquishes his room at check – out time, when he has not paid for another the key has been returned to the hotel management.”. State v. Miller, 77 Ohio App.3d 305, 312 (8th Dist. 1991), citing United States v. Savage, 564 F.2d 728 (5th Cir. 1977) there is no evidence to suggest that Mr. Marshall had abandoned or otherwise surrendered the room. Although the state accurately points to an absence of evidence suggesting that Mr. Marshall intended to extend his stay until 2:00 p.m., we find this detail insignificant in this case, where there is no evidence to suggest when Mr. Marshall became unconscious, at which time, of course, he would have become unable to express any intention whatsoever. We additionally note that neither Mr. Marshall nor any hotel employee gave consent for the search, and, further, law enforcement had no idea whether Mr. Marshall’s status as a guest had terminated. Under the circumstances of this case, we find that Mr. Marshall had a reasonable expectation of privacy in his hotel room.

The evidence is undisputed that Sgt. Marek was called to room 305 of the Knights Inn on December 18, 2019, for the sole purpose of rendering emergency medical aid to Mr. Marshall. Within seconds of arriving at the property, Sgt. Marek informed the paramedics that they would need Narcan, indicating his understanding that the medical emergency was an overdose. Because Sgt. Marek arrived at the same time as Rossford paramedics — who were the individuals primarily responsible for rendering medical aid — the need for Sgt. Marek to render medical aid was immediately obviated. Under the circumstances, the conservative, prudent, and reasonable action would have been for Sgt. Marek to remain outside the room, while the paramedics went inside and performed their work.

Mr. Marshall filed a Motion to Suppress which was granted by the trial court.  The State of Ohio – Wood County Prosecutor appealed to the Sixth District Appellate Court which held “[T]he actions of the officers demonstrate a complete rejection of the intent and purposes of the Fourth Amendment. Instead of the actions that were taken, the officers who were legally in the room could simply have obtained a search warrant based upon their observations. There was no danger of destruction of the evidence and the room could easily have been secured. Given the actions of the officers in the current case, appellee’s motion to suppress was properly granted.”.

This case was issued by the Sixth District Appellate Court which is only binding in the following Ohio Counties: Erie, Fulton, Huron, Lucas, Ottawa, Sandusky, Williams and Wood.