(1) Why the officer was called to the scene.

(2) Whether the officer knew or reasonably believed that the person was armed.

(4) How far the officer was from the person.

(5) The duration of the entire encounter.

(6) Whether the officer knew of any ongoing mental or physical health conditions that may have affected the person’s response to the officer.

(7) Whether the officer could have diffused the situation with less forceful tactics. 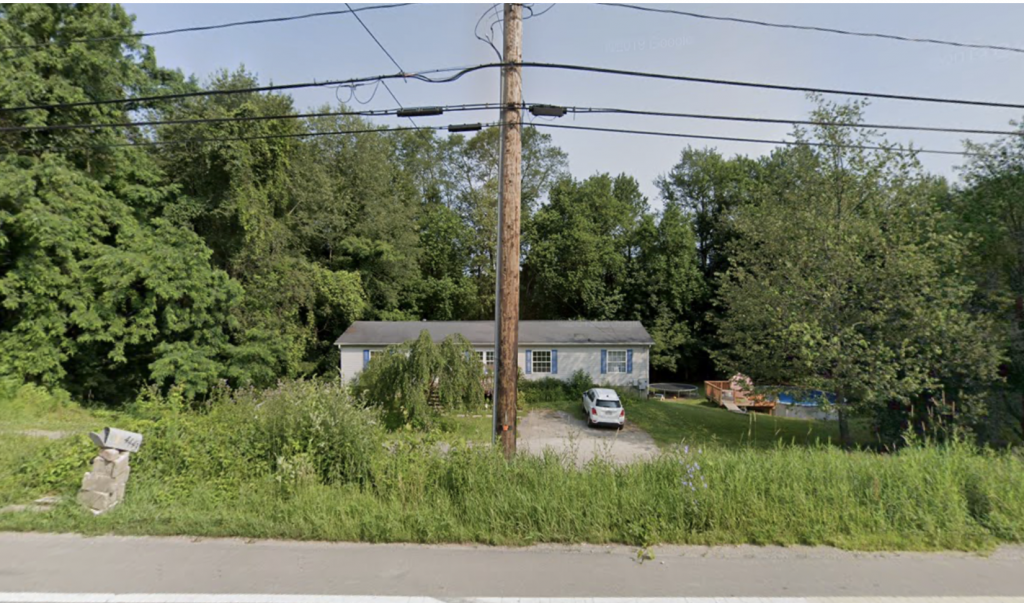 The Palma family called the Ashtabula County Sheriff’s Department because an adult male was acting out.  Deputy Matthew Johns responded to the Palma home located at 4394 South Ridge Road East, Geneva, Ohio.  The Sixth Circuit Appellate Court evaluated the events that followed in manner that created a seven part use of force test with people who have mental illness.

Dep. Johns pulled up to the house and parked his patrol car in the Palmas’ driveway, about forty to fifty feet away from the house. Dep. Johns saw Mr. Palma standing outside on the porch with a hood up over his head and his hands in his pockets, which immediately “concerned” Dep. Johns. He got out of his cruiser and loudly greeted Mr. Palma before walking about ten to fifteen feet towards the house. Mr. Palma did not respond. Dep. Johns tried greeting Mr. Palma two more times, but Mr. Palma did not respond. When Dep. Johns was standing ten to fifteen feet in front of his car, and about thirty feet from where Mr. Palma was on the porch, Mr. Palma came down the porch stairs and began walking towards the deputy.  Dep. Johns described Mr. Palma’s walk as “determined” and “aggressive.” But Mr. Palma “wasn’t walking at a fast pace.”

Dep. Johns repeatedly told Mr. Palma to stop walking and to take his hands out of his pockets, but Mr. Palma did not respond and continued approaching Dep. Johns. When Mr. Palma got within twenty to twenty-five feet of Dep. Johns, Dep. Johns started backing up towards the passenger side of his patrol car. Mr. Palma’s parents, who had come outside, told Mr. Palma to “Just stop” and “[d]o what [Johns] says to do.” Dep. Johns radioed for backup; calling a “Code 10.” A Code 10 means “intermediate” priority. In more serious situations, officers would call a “Code 44.” – officer in trouble.

After retreating backwards towards the side of his patrol car, Dep. Johns pulled out his taser. Two of the three judges would later opine that Dep. Johns should, at this moment, get inside his cruiser and retreat to wait for back up.

As Mr. Palma got up from the ground, Dep. Johns tased him a third time. This time Dep. Johns saw Mr. Palma use one hand to pull out the taser probes. Dep. Johns did not see a weapon or any other object in Mr. Palma’s visible hand, and he did not know where Mr. Palma’s other hand was. After Mr. Palma pulled out the probes, Dep. Johns holstered his taser.

Mr. Palma got up and started walking towards Dep. Johns, and Dep. Johns continued retreating backwards across the driveway. Mr. Palma was still not responding to commands. Dep. Johns then pulled out his baton. He raised it over his head and prepared to strike Mr. Palma with it, but Dep. Johns did not use it because Mr. Palma momentarily turned away from Dep. Johns and looked back towards his parents. A moment later, Mr. Palma turned back around and started walking towards Dep. Johns again. Dep. Johns said that Mr. Palma had a “crazed look on his face,” and that Mr. Palma’s “appearance, demeanor, and behavior told [him] that [Palma] was not going to stop.” Dep. Johns kept retreating by walking backwards up a hill on the Palmas’ lawn. It was muddy, and at one point Dep. Johns’ boot slipped as he backed up the hill. After he almost fell, Dep. Johns believed that Mr. Palma’s “intention was to physically reach [him], assault [him], and perhaps obtain [his] weapon.”.  This assertion on what Mr. Palma ‘might’ do is a significant part of the legal analysis.

The dispatcher’s records gave its own timeline. They show that Dep. Johns arrived on the scene at 3:36 P.M. Dep. Johns requested backup—radioing a Code 10—at 3:39 P.M. Dep. Johns reported shooting Mr. Palma just eighteen seconds later. Within two and a half minutes after arriving on the scene, Dep. Johns shot Mr. Palma. But Dep. Johns testified that these times, which are entered by the dispatcher in real time as Johns calls them in, are “often delayed,” meaning that the time entered does not always reflect the time of the officer’s report.

The record also contained forensic evidence about Palma’s gunshot wounds. Dep. Johns fired twelve shots. Nine of the bullets hit Mr. Palma: one in his head, one in his shoulder, two in his chest, one in his abdomen, two in his arms, and two in his legs. According to the autopsy report, four bullets entered Palma’s body at a “downward” angle. Two entered from “back to front.”.

The Palma family sued Dep. Johns and the Ashtabula County Sheriff’s Office for excessive force.  The District Court [entry level] ruled in Dep. John’s favor and issued Summary Judgment in his favor.  The Palma family appealed to the Sixth Circuit Appellate Court which not only overturned the Summary Judgment but established a convoluted, confusing and what will be a highly litigated seven-part test to use force on someone who is mentally ill.

Mr. Palma never physically resisted. However, the parties agree that Mr. Palma ignored Dep. Johns’ orders to stop moving and take his hands out of his pockets. Even so, this defiance, alone, cannot justify Johns’ decision to tase Mr. Palma.

This case was decided two judges to one.  The one dissenting judge characterized this new avante garde seven-part test to use force on someone who is mentally ill as follows “For the responsible officer looking to us for direction on permissible uses of force, the majority opinion offers only confusion. And, no doubt, grave trepidation.”.  In spite of these wise words the majority held “[B]y continuing to shoot after Palma was bent forward or on the ground, Johns violated Palma’s clearly established constitutional rights.”.

In light of a substantive amount of existing case law the Sixth Circuit patchworked together a laundry list of rules for using force against the mentally ill.

When considering whether an officer reasonably believed that a person posed an imminent threat of serious bodily harm, courts must consider the totality of the circumstances. Here, certain factual considerations are particularly relevant, though none is dispositive and this list is not exhaustive:

(6) Whether the officer knew of any ongoing mental or physical health conditions that may have affected the person’s response to the officer, see Roell, 870 F.3d at 482; and

(7) Whether the officer could have diffused the situation with less forceful tactics, see Thomas, 854 F.3d at 366–67.

After weighing these factors, we conclude that Ashtabula County and Deputy Johns cannot prevail at the summary judgment stage because a reasonable jury could find that Dep. Johns used excessive force when he first shot at Mr. Palma.

The court provided a more detailed analysis of each of the seven prongs, though I provide a brief overview of each, the specific analysis is the Sixth Circuit Court of Appeals:

Although Dep. Johns seemingly believed that he was walking into a volatile situation—indeed he unholstered his gun even before arriving on the scene—this subjective belief was not factually supported.

Presence of a Weapon

Distance Between the Officer and the Person

Dep. Johns said he was concerned that Mr. Palma would “physically reach him, assault him, and perhaps obtain [his] weapon.”.

Duration of the Encounter

However, nothing in the record indicates that Johns had to make a split-second decision in response to rapidly changing circumstances.

Dep. Johns knew that Mr. Palma was a “Code 76,” meaning he was mentally ill, and he knew that he was responding to a domestic dispute over a remote control. A reasonable officer would take these facts into account when assessing whether Mr. Palma posed a threat. If a person who is not suffering from mental illness acts in a way that is objectively threatening, an officer may believe that the person poses an imminent danger because their actions—under normal circumstances—convey hostility towards the officer. But if the officer knows that person is suffering from some mental illness, the officer must consider this fact and respond accordingly.

Even after engaging with Mr. Palma, Johns still could not use force that was “grossly disproportionate to the need.” Simpson v. Hines, 903 F.2d 400, 401 (5th Cir. 1990). After tasing Mr. Palma, Dep. Johns had the opportunity to subdue him using other, non-lethal methods such as handcuffs or his baton. Indeed, Dep. Johns pulled out his baton, extended it, and raised it above his head ready to strike Mr. Palma. Ultimately, Dep. Johns abandoned any attempt to use the baton after Mr. Palma turned back towards Dep. Johns. If an officer reasonably unholsters his gun during an encounter, it may be unreasonable to expect him to swap out the gun for a less lethal tool. See Mitchell, 864 F.3d at 423. But the opposite happened here; Dep. Johns unholstered his gun even though a less deadly alternative was already in his hands. Furthermore, if the entire encounter lasted eight to ten minutes, Dep. Johns may have been able to safely pursue other options such as getting into his patrol car and awaiting backup.

Thus, by continuing to shoot after Mr. Palma was bent forward or on the ground, Dep. Johns violated Palma’s clearly established constitutional rights.

If this case represented a mine run example of jurists elevating personal views over precedent, one might forgive the consequences. But this is no mine run case. For in beating a new path in Fourth Amendment jurisprudence, the majority opinion dramatically—and dangerously—limits the ways in which officers can protect themselves during threatening encounters. By the majority opinion’s logic, an officer may not act too soon, for fear of engaging in excessive force. But he also may not wait too long. For if he does, the majority opinion reasons, that proves the threat posed to the officer was not immediate, rendering the officer’s actions excessive. And while the officer waits (and hopefully remains unharmed), he must attempt alternative uses of force. Unless, of course, that alternative is a taser. Yet all of this goes out the window, we learn, if the officer knows the individual has some vague mental health issue. While the majority opinion ties its holding to the individual’s mental health status, it never explains how an officer is to respond to a threatening individual believed to be suffering from mental distress, short of advising officers to hide in their cars rather than intervene in a potentially hostile situation. Instead, the majority opinion erects a seemingly insurmountable standard to justify an officer’s use of force in encounters with a person suffering mental distress. Doing so effectively bars a grant of qualified immunity if the officer is generally aware an individual faces such challenges. That is not how we have previously interpreted the Fourth Amendment. Nor, for even more obvious reasons, is it reflective of a clearly established rule in our Circuit.