Did the Detective Enter Curtilage–Protected Property or was it a Reasonable Attempt at a Knock and Talk?

We find that the detective’s observation of tracks leading into building three did not constitute a search, and therefore, it was not in violation of the Fourth Amendment. We further find that there was sufficient probable cause to obtain the search warrant.

In August 2018, a representative from Evans Landscaping (“Evans”), contacted Cincinnati Police and reported a stolen large piece of equipment (“skid steer”), which had a tracking device on it. 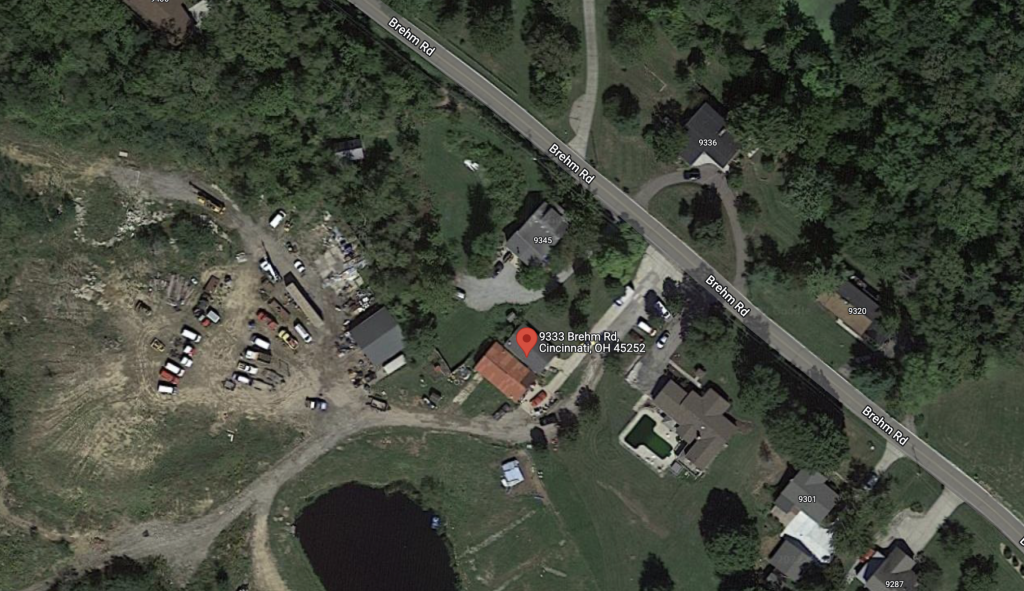 Det. Winstead conducted a knock and talk here at 9333 Brehm Road, Cincinnati, Ohio.  The events that followed led to a conviction and appeal.

No one answered the door at the residence, perhaps because the occupants were out committing more felonious thefts?  Det. Winstead walked along the longer driveway to each storage building looking for someone working on the property. At the third storage building, he saw “fresh track marks that would be made by a track-type vehicle similar to what had been described as stolen” leading to the inside of the building.

Det. Winstead provided Cincinnati Police Detective Charles Zopfi with the information that he had learned during the “knock and talk.” Det. Zopfi obtained a warrant to search the storage buildings for “stolen property, to wit: a Caterpillar, Model 279C, Compact [skid steer], Serial #MBT02804 and any other equipment associated with Evans.” Although police obtained four separate warrants, Defendant Mr. Troy Evenson does not assert on appeal that the second, third, or fourth were improper. 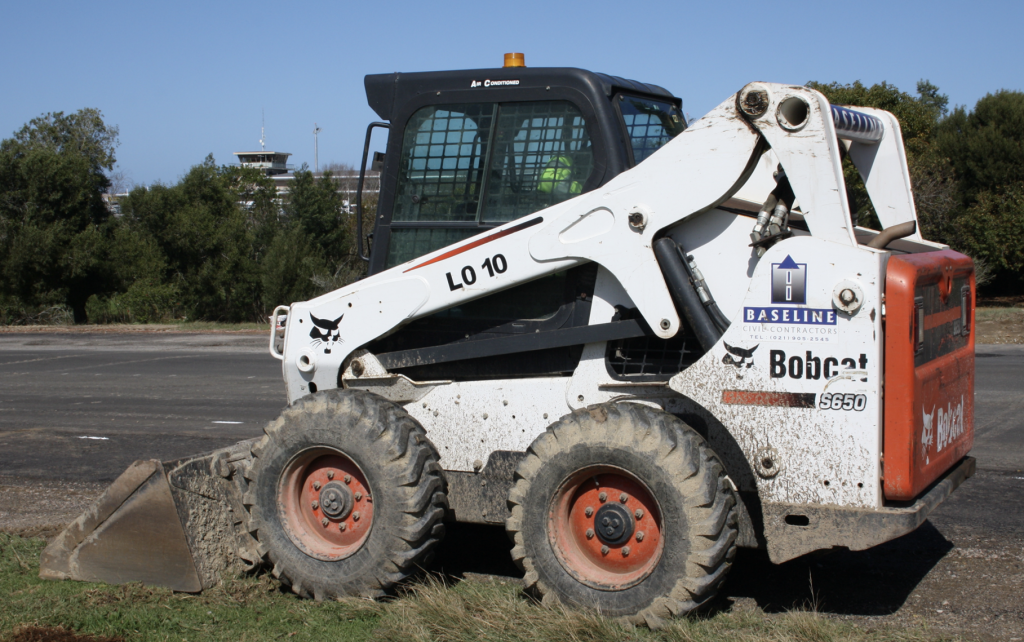 A skid steer similar to this one pictured was stolen and found at 9333 Brehm Road.

The affidavit on the search warrant contained the information that officers had received from Evans about its stolen equipment and the tracking device. It described the property, including the appearance of each building, and stated in pertinent part:

Once the warrant was granted, officers found a skid steer and a skid loader in a storage building, along with multiple other stolen items in plain view.

Mr. Everson was indicted on six counts of receiving stolen property in violation of O.R.C. § 2913.51(A).

Mr. Evenson sought to suppress all evidence seized from his property. Following a hearing, the trial court denied Mr. Evenson’s motion to suppress evidence. The court accepted Det. Zopfi’s testimony that Det. Winstead had gone to each of the buildings because he was looking for someone who might be working on the property. After “having no luck” at the first building, Det. Winstead moved on to the other buildings, where he observed the fresh tracks.

Mr. Evenson appeals his convictions, limiting his arguments to the propriety of the initial “knock and talk” on his property and to the first search warrant

In United States v. Hatfield, 333 F.3d 1189 (10th Cir. 2003), the Tenth Circuit Court of Appeals found that police officers’ observations of a back yard from outside of the curtilage—from a paved parking pad next to a house—did not constitute a search under the Fourth Amendment because the driveway was open to the public.

Det. Zopfi testified that Det. Winstead tried the residence and, finding no one there, walked along the longer driveway that connected the storage buildings. He stopped at each storage building in search of someone working on the property. There were no fences or signs prohibiting the public from entering the property.  How a homeowner or renter keeps the property is indicative of how much privacy the person expects.

The record does not reflect that any “no trespassing” signs were posted. The 50-acre property, in general, was not enclosed by a fence. Neither the driveway nor the storage buildings were enclosed in a manner that shielded them from public view. And the officers did not enter any buildings before obtaining a warrant.  Therefore, we find that there was no reasonable expectation of privacy.

We find that the detective’s observation of tracks leading into building three did not constitute a search, and therefore, it was not in violation of the Fourth Amendment. We further find that there was sufficient probable cause to obtain the search warrant.

Does your agency train on Curtilage?