Did the Officers Have a Legal Right to Cross the Threshold on a Domestic Violence Call for Service or did Ron and his Drugs have an Expectation of Privacy?

[W]e conclude that the officers’ warrantless entry was not only permissible, it was necessary. The officers had probable cause to believe that domestic violence recently occurred before they entered the apartment to investigate if anyone needed medical assistance. Accordingly, we find exigent circumstances justified the warrantless entry into Rowley’s apartment.

On Thursday November 19, 2020, Blanchester, Ohio Police Sergeant Brian Noah and Officer Kristen Jeffers were dispatched to 126 South Broadway Street to investigate a report of domestic violence involving a man and a woman. 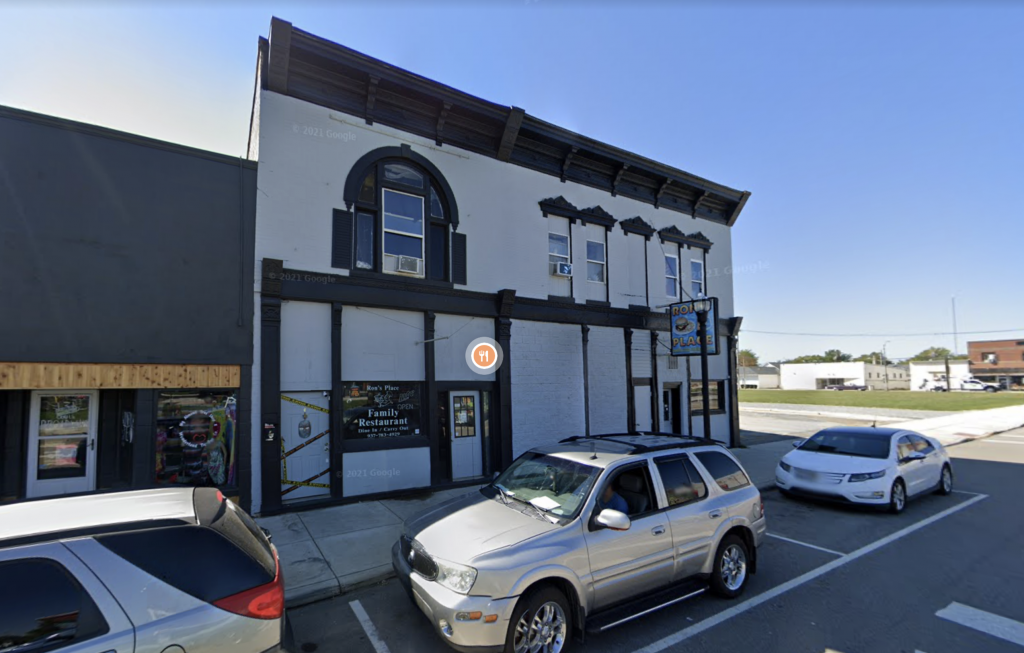 Blanchester Police Sgt. Noah and Officer Jeffers responded to 126 South Broadway Street on a report of a domestic violence call for service.  No one would be charged with domestic violence but a forced entry was made and Mr. Rowley’s drug cache was discovered.  Were the officers lawful to cross the threshold?

When the officers arrived, they entered a narrow corridor and climbed the stairs. When they reached the landing, the officers observed a large hole in the dry wall roughly the size of a human torso. The officers also observed that Mr. Ronald Rowley’s door was severely damaged. According to Sgt. Noah, the door was so damaged that it could not be latched or fully closed and therefore sat slightly ajar. The officers knocked on thedoor several times. Mr. Rowley came to the door but did not open it wider. He instead applied pressure to the door to close it as much as possible. Sgt. Noah testified that he then placed his hand on the door and applied sufficient pressure on the door to keep it from closing further to communicate with Mr. Rowley.

Sgt. Noah identified himself as a police officer and stated the reason for his presence. Mr. Rowley told Sgt. Noah to “hold on” and claimed to be getting dressed; however, Sgt. Noah stated that Mr. Rowley was clearly not getting dressed because there was no other movement behind the door. At some point, Mr. Rowley released pressure on the door and the door slightly opened more. Sgt. Noah then observed fresh blood droplets on the floor. Sgt. Noah testified that Mr. Rowley had a bloody nose and had blood on his face. He then noticed that the apartment was “disheveled” with strewn furniture and overturned plants. Sometimes it is difficult to determine if a residence is freshly dishelved or the occupant’s standard of living.

After observing this situation, Sgt. Noah entered the apartment to locate the female involved in the disturbance and to determine her status. Before locating the female, however, Sgt. Noah observed items in plain view that were indicative of drug use, i.e., pills, torn baggies, and hypodermic syringes. The officers then located thefemale but determined that she did not appear to have any significant injuries.

Mr. Rowley was placed under arrest for aggravated trafficking in drugs, drug possession and possession of drug instruments. A search incident to arrest revealed that he was in possession of additional narcotics and approximately $500 in cash. Mr. Rowley was then removed from the premises and taken to jail. Sgt. Noah contacted his chief and applied for a search warrant for the apartment. In an affidavit in support of the searchwarrant, Officer Jeffers stated that Sgt. Noah “pushed the door open.” The search warrant was approved, and a subsequent inventory was filed indicating the discovery of more drugs, cash, and drug paraphernalia.  Mr. Rowley was not charged with Domestic Violence.

Mr. Rowley filed a Motion to Suppress the evidence, claiming that the officers unlawfully crossed the threshold of his doorway. During the hearings, Sgt. Noah was questioned specifically about PO Jeffers’ affidavit in support of a search warrant. Sgt. Noah denied pushing the door open and explained that Mr. Rowley himself either opened the door, or the damaged door released on its own when Mr. Rowley ceased applying pressure to it. When the door opened,
Sgt. Noah testified that he observed blood on the floor, blood on Mr. Rowley, and a chaotic scene that necessitated his entry into Rowley’s apartment to search for a victim and determine that individual’s condition. Despite the testimony, in its post-hearing brief, the state agreed that Sergeant Noah “pushed the door open.”

The trial court granted the Motion to Suppress claiming that the officer unlawfully crossed the threshold of the doorway.  The State of Ohio, Village of Blanchester appealed the Motion to Suppress and the Twelfth District Appellate Court overturned the trial court.  The court held “[W]e conclude that the officers’ warrantless entry was not only permissible, it was necessary. The officers had probable cause to believe that domestic violence recently occurred before they entered the apartment to investigate if anyone needed medical assistance. Accordingly, we find exigent circumstances justified the warrantless entry into Rowley’s apartment.”.

Does your agency train on Exigent Circumstance?