Kyree’s Nestled his Handgun Partially Underneath the Front Passenger Seat and the Trial Court held it was not Illegal – Would the Seventh District Court Agree?

The state argues that the officers had probable cause to believe a criminal offense had occurred when, in plain sight, they observed part of a firearm protruding from underneath Mr. Grabe’s seat. For the reasons provided, the state’s argument has merit and the judgment of the trial court is reversed and remanded for further proceedings.

Officers Christopher Stanley, Josh Rivers, and Joseph Burnich are members of the Youngstown Police Department Vice Unit. On the date of the incident [which is not provided by the court], the officers were patrolling an area near the intersection of Mahoning Avenue and S. Lakeview to conduct compliance checks on local bars in accordance with Governor DeWine’s COVID orders. The officers observed a grey Buick Regal car approach the area and illegally park on the sidewalk. The officers approached the driver and sole occupant of the vehicle, Mr. Kyree Grabe, and informed him that he would receive a parking ticket. Mr. Grabe asked the officers if he needed to sign the ticket, the officers responded that he did not. Mr. Grabe then walked away and approached the All City Sports Bar. 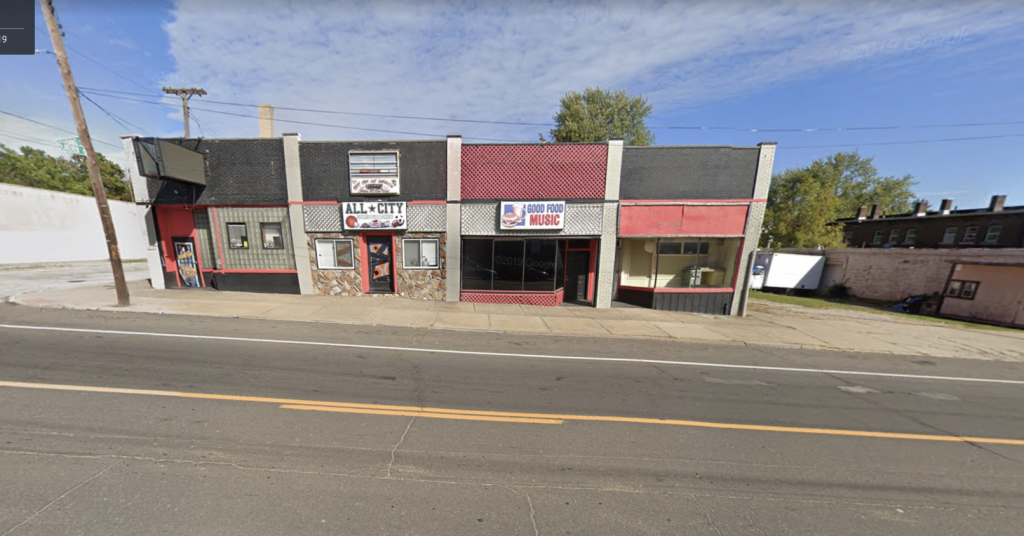 Mr. Grabe parked illegally outside the All City Bar located at 1698 Mahoning Avenue in Youngstown, Ohio.  Youngstown Police Detectives identified the parking violation, which began an investigation that led to Mr. Grabes, arrest, a successful Motion to Suppress and an appeal to the Seventh District Appellate Court.

Apparently, at least two of the officers knew of Mr. Grabe from previous encounters. Officer Stanley testified at the suppression hearing that he thought he had encountered Mr. Grabe during a prior traffic stop but that was the only time he had seen him. Officer Rivers also testified to a prior interaction with Mr. Grabe but did not provide any information regarding that interaction. Neither officer appeared to have prior experiences or associated Mr. Grabe with either drugs or alcohol. Officer Stanley testified that he did not know at the time if Mr. Grabe was under a weapons disability. He was not but would be in any subsequent offenses following this conviction. The officers both testified that the incident occurred in a high-crime area. Specifically, Officer Rivers testified that “[T]hroughout the summer we definitely received a number of complaints from residents for fights, illegally parked vehicles, as well as gun fire.”.

After Mr. Grabe walked away from his vehicle, Officer Stanley noticed that the back passenger window was rolled down. Officer Stanley shined his flashlight into the vehicle for the stated of purpose of checking to see whether valuable items could be at risk of being stolen. Officer Stanley wrote in his report that he “could observe in plain view a silver and black semiautomatic handgun underneath the front passenger seat.” At the suppression hearing, Officer Stanley clarified that he observed “the slide of the gun sticking out and the barrel.” He explained that the “slide” is the part of the barrel that “works to eject the spent shell casing and reload another round from the magazine into the barrel.” While the gun had a magazine, both officers testified that it was impossible for them to know if it was loaded by merely looking at it. Defense counsel, Ms. Rachel Cerni, would make this the central point of her argument.   Both officers testified that based on seeing this gun they believed a crime had been committed even though nothing else in the vehicle or about the situation in general indicated that a crime had occurred.

After the gun was discovered, Officer C. Kelly waited with the vehicle while Officer Stanley located Mr. Grabe near the bar, placed him under arrest, and then transported him back to the vehicle. Both officers testified that they arrested Mr. Grabe because of the gun. Officer Rivers testified that he did not know at that time whether the gun was loaded and could not tell without further investigation whether a criminal offense had occurred. Officer Stanley similarly testified that he believes a gun must be loaded to constitute a criminal offense but he had no way of knowing whether the gun was loaded at the time it was discovered.

Following Mr. Grabe’s arrest, Officer Rivers conducted a search of his person that revealed: one small baggie containing crack cocaine (front right pants pocket), a large sum of money (front right pants pocket), large sum of money (front left pants pocket), one baggie of marijuana (front left pants pocket). The officers then attempted an inventory search of his vehicle. Officer Rivers testified that “[N]ormally, we, you know, conduct our vehicle inventory at the scene, but due to the fact that we had a large crowd of individuals leaving the liquor establishment beginning to surround officers and we were clearly outnumbered, that we had to tow the vehicle from Mahoning and Lakeview to B&O Station to conduct a thorough investigation.” In addition to the gun, the search of the vehicle resulted in the seizure of drugs. Mr. Grabe was a walking carnival of felonies.

On November 24, 2020, Appellee filed a motion to suppress. The state filed a response one week later. On December 29, 2020, the trial court held a hearing where Officers Stanley and Rivers testified. On January 19, 2021, the trial court granted the motion to suppress. In the court’s judgment entry, it explained that both officers testified they could not determine that a crime had been committed by the mere presence of the gun. As such, the court concluded that Mr. Grabe had been arrested and searched without probable cause that he committed a criminal offense.

At the hearing, Officer Rivers testified that he has experience arresting individuals for both concealed carry and improper handling violations. Despite this experience, Officer Rivers exhibited a misunderstanding of the law in his testimony.

Q. Was the fact that there was a weapon in the car at the time that you couldn’t tell was loaded, was that in and of itself a criminal offense?

A. Being that we couldn’t tell whether or not the weapon was loaded –

Q. Right. Without further investigation, where the weapon was lying, with

the information you had, was it a criminal offense?

Q. You didn’t know, that’s the point. So unless you did further investigation,

could you tell as it laid there whether or not there was a criminal offense?

On redirect, the prosecutor did not address the misstatement of law, and instead

questioned the officer as to whether Mr. Grabe’s car was parked out in the open. Then, the following exchange occurred between defense counsel and Officer Stanley:

A. I believe there was a crime.

Q. I know you believe it, but what was it that caused you to believe it at the time? Because wouldn’t the weapon have to be loaded for it to be a criminal offense at that point?

Q. And no knowledge as to any other criminal activity. A Correct. The weapon and the ammunition need to be separated either by a locked case or in different – different areas of the vehicle. Or the weapon, if loaded, must be in the vehicle where you would have to exit the vehicle in order to obtain that weapon.

The trial court asked Officer Stanley to explain the correct way to lawfully handle a firearm in a vehicle. He responded that, if loaded, the gun must be stored in an area inaccessible to the driver. If unloaded, the gun must be stored separate from the ammunition. The court asked several questions to clarify the law and Officer Stanley reiterated the law of subsection (B), but did not mention the law as stated in subsection (C). The state did not attempt to correct any of these misstatements.

The trial court failed to apply the entire statute …

Officer Stanley’s testimony as to an unloaded gun is partially correct. It appears he believes the only requirement as to an unloaded gun is that it must be stored separate from the ammunition. However, R.C. 2923.16(C) requires an unloaded gun to be stored in a locked compartment, in an area inaccessible to the driver, or in a storage rack if in plain view. There is no question that a gun cannot simply be tossed underneath the seat of a vehicle, whether it is loaded or unloaded. Because the gun was laying on the floor underneath the front seat and was not properly stored, Mr. Grabe violated R.C. 2923.16(C) regardless of whether the gun was loaded. Thus, a reasonable officer in that situation would have believed that probable cause for arrest existed pursuant to R.C. 2923.16(C).

“While it is true that the state and its witnesses never raised this aspect of the statute, this issue presents a question of law, not a question of fact. While the state should have taken some effort to clarify the law after both of its own witnesses misstated it, it is ultimately the trial court’s responsibility to resolve and apply questions of law.  The state argues that the officers had probable cause to believe a criminal offense had occurred when, in plain sight, they observed part of a firearm protruding from underneath Mr. Grabe’s seat. For the reasons provided, the state’s argument has merit and the judgment of the trial court is reversed and remanded for further proceedings.”.

This case was issued by the Seventh District Appellate Court which is binding in the following Ohio counties: Belmont, Carroll, Columbiana, Harrison, Jefferson, Mahoning, Monroe and Noble.

Does your agency train on Weapons charges?