Given the totality of the circumstances, the officers were justified in their investigatory stop of Defendant and the officers possessed a reasonable suspicion that Defendant was engaged in the shot that alerted them.

On Wednesday September 9, 2020, at approximately 12:40 a.m. Dayton Police Officer’s Josh Erwin and Sean Gallagher were dispatched on a Shot Spotter alert.  Officer Erwin testified that less than 30 seconds elapse between the shots being detected and the alert being issued. Officer Erwin stated that he was alerted first on his phone and then by dispatch when the gunfire was detected; the Shot Spotter alert provided information about “the location, the time, and how many rounds” had been fired. Regarding the location, Officer Erwin stated that an alert provides the closest address to the center of the radius. Officer Erwin testified that, in his past experience with Shot Spotter, he had“recovered firearms off individuals” who were immediately in the radius area or were leaving the area.

According to Officer Erwin, upon receiving the alert he and Officer Gallagher responded to the designated address, 59 Cambridge Avenue, Dayton, Ohio, in less than four minutes.  While enroute, the officers did not observe any vehicles leaving the area or anything unusual. Officer Erwin stated that they observed a male, later identified as Mr. Christopher Carter “walking east away from the area of 55 Cambridge Avenue,” on the north side of the road, which is the same side of the road as 59 Cambridge, at about 12:45 a.m. He stated that 55 Cambridge is approximately 50 feet from 59 Cambridge. Officer Erwin stated that the officers did not observe anyone else in the area, any motor vehicle traffic, or any activity on any adjacent property. 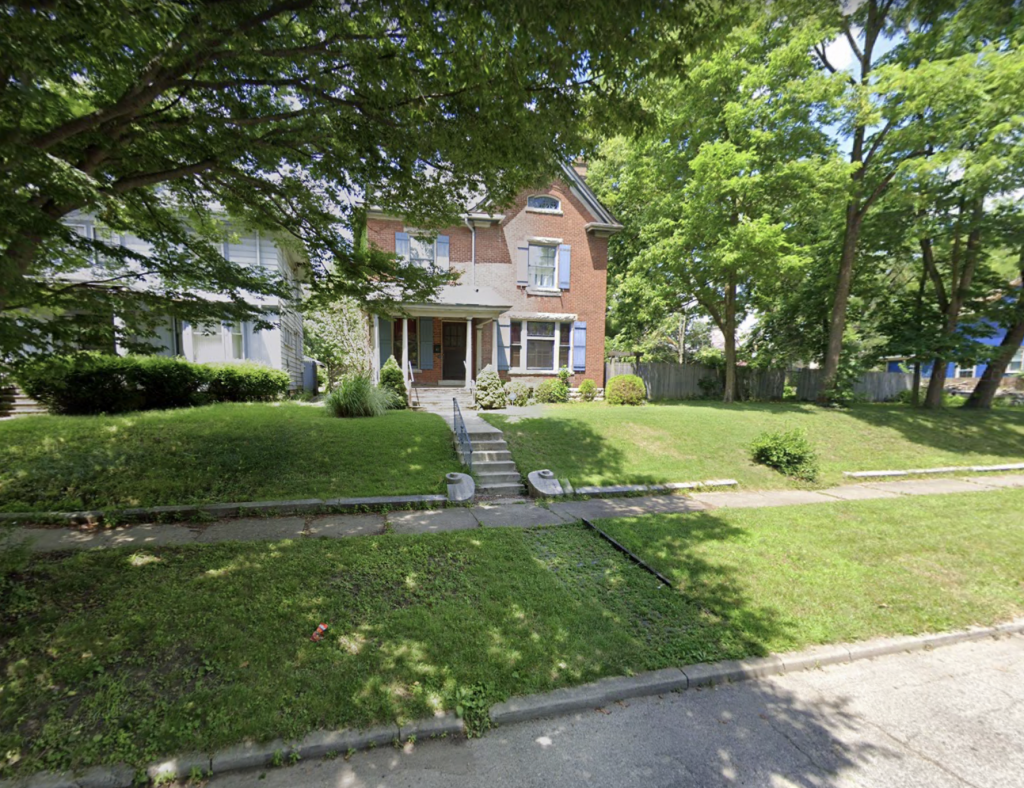 Mr. Carter and his methamphetamine were detained in front of 41 Cambridge Avenue in Dayton, Ohio.  He was detained within four minutes of a Shot Spotter alert and he was the only person in the area in that moment.

Officer Erwin testified that, as he and Officer Gallagher were traveling down Cambridge Avenue, they saw Mr. Carter walking from the immediate area of 55 Cambridge, and they stopped him in front of 41 Cambridge. Mr. Carter told the officers that he was coming from a friend’s home at 55 Cambridge, but he was unable to provide the friend’s name. Mr. Carter’s sudden, abrupt and inexplicable forgetfulness of a ‘friend’ he just departed is common among recidivists.

With regard to Mr. Carter’s demeanor during their interaction, Officer Erwin stated that Mr. Carter’s “right side was canted away from us,” meaning that he was turned away from the officers and the officers “were unable to observe anything on his right side.” This was noteworthy to Officer Erwin because of a concern for firearms, which people “will tuck … in their waistband or have … in their pocket or one hip.”.  Officer Erwin is correct, as the same recidivist body-blading occurred in U.S. v. Lewis, No. 19 – 2389 (2021).  There the Sixth Circuit Court opined “[Kalamazoo, Michigan Officer] Oliver had reasonable suspicion that Lewis was carrying a firearm.  Lewis patted his right hip when Oliver first approached, there was a bulge in his waistband at his righ hip, and Lewis stood with right hip angled away from [Officer] Oliver.  Based on his training and experience, [Officer] Oliver recognized all three of these behaviors as indicators that Lewis was armed.  Thus [Officer] Oliver was entitled to conduct a brief pat down … of Lewis to check for weapons.”. For more information see What Does it Mean When a Suspect Pats Himself Down?

“So during my pat down, I started – – I always start at the waistband because that’s typically the – – that’s the most likely place somebody is going to conceal their firearm, and then I’ll check – – I’ll go down to pockets and obviously go all the way down to their ankle. Once I did the left side, I always go to the right side. Upon that, I felt the – – it was – – it was packaged very tight. A glasslike substance. It’s very hard. And it was packaged like a baseball. And he was wearing mesh basketball shorts, and it was just – – it was just sticking right out.”.

Mr. Carter was then handcuffed, placed in the rear seat of the cruiser, and read his rights. According to Officer Erwin, after the officers spoke with Mr. Carter, they transported him to another cruiser, and he was taken to jail.

Mr. Carter filed a Motion to Suppress based on the lack of Reasonable Suspicion to detain Mr. Carter and that the pat down was unreasonable.  The trial court denied the Motion to Suppress, Mr. Carter plead no contest and was found guilty of Aggravated Possession of Drugs O.R.C. §2925.11(A).

The court explained the rationale in reaching this conclusion “The specific and articulable facts which, taken together, reasonably warranted the intrusion made on Carter.  Carter was the only person in the area of and was seen by the officers walking away from the location that the ShotSpotter system identified as that from which the shots had been fired; the officers arrived within four minutes of the Shot Spotter alert in the area of 59 Cambridge. Contrary to Carter’s assertions, the Shot Spotter alert system is not akin to an anonymous tip.  Instead, the system represents advanced technology at the disposal of law enforcement officers, which can detect shots fired and then triangulate to the closest street address to the location of the fired shots. Carter’s movements, particularly his “canting” away from the officers, the lateness of the hour and the dark conditions also contribute to the totality of the circumstances warranting the intrusion upon Carter. Given the totality of the circumstances, the officers were justified in their investigatory stop of Defendant and the officers possessed a reasonable suspicion that Defendant was engaged in the shot that alerted them. The officers were justified in their belief that Defendant was armed and presently dangerous and considering the objective standard required by Terry [v. Ohio, 392 U.S. 1, (1968)] and based upon the totality of the circumstances the officers acted properly in conducting a protective pat down of Defendant. The court further finds that a reasonably prudent person in the circumstances encountered by the officers would have been warranted in the belief that his safety or that [of] others was in danger.”.

The Second District Appellate Court then evaluated the pat down of Mr. Carter.

“The court must next consider whether the officers exceeded the scope outlined under Terry. The court notes an officer need not ignore non-threatening items that are felt during the course of a lawful Terry pat down. Further, the officer may seize immediately apparent contraband that is a result of the pat down. … In the present case, Officer Gallag[h]er felt a tightly packed, glassy substance on the right side of the Defendant while conducting an open-hand pat-down. Based on his training and experience, it was immediately apparent to Officer Gallagher the substance he felt was methamphetamine. Although Officer Gallagher did not locate a weapon while searching Defendant, he was not required to ignore the glassy substance because he had a reasonable suspicion to perform the pat down and because Officer Gallagher was not required to ignore the glassy substance that was immediately apparent to him as methamphetamine, the item was not seized in violation of Defendant’s Fourth Amendment rights.”

This case was issued by the Second District and is binding in the following Ohio counties: Champaign, Clark, Darke, Greene, Miami and Montgomery.