Was the Incident a Violation of a Protection Order or an Expressive Aspiring Thespian?

Whether appellant intended to threaten J.F. or not, his conduct demonstrated a “heedless indifference” to the risk that J.F. might hear these threatening words that were in violation of the protection order. 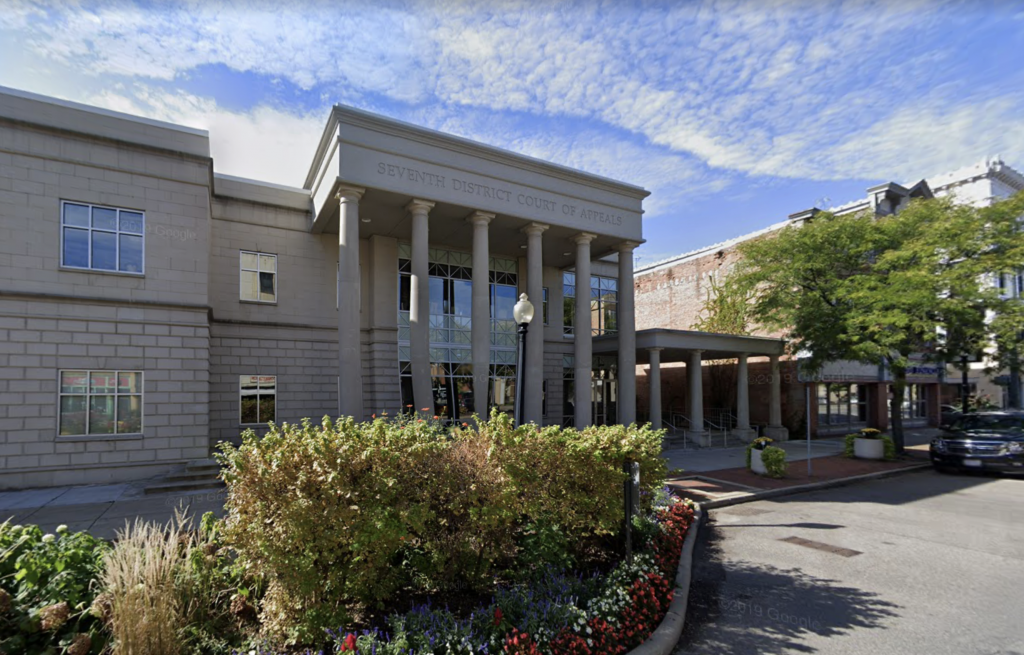 K.A.T. and J.F. are neighbors in Boardman, Ohio.  The court identified both the victim and the suspect/defendant/appellant by only initials.  The actual names were not identified.

K.A.T. has been diagnosed with high functioning autism. At the time of the incident in question, he lived with his parents.   J.F., the victim in this case, has a protection order against K.A.T. that protects him and his family.

On Friday September 6, 2019, K.A.T. was home alone. J.F. was also home alone and was outside in his backyard watering his garden. K.A.T.’s bedroom window can be seen from J.F.’s backyard. J.F. heard yelling coming from K.A.T.’s house, which is not uncommon. J.F. could not make out the words at first but he did recognize K.A.T.’s voice. Eventually he heard K.A.T. yell the words, “you think you’re safe, but you’re not.” At first, he ignored the words and kept watering. Shortly after this, he heard K.A.T. yell, “you call the police at the first sign of danger.” J.F. felt threatened at this point so he called the police.

The police arrived at K.A.T.’s house and told him that he was being too loud and that J.F. believed that the threatening words were being directed at him. K.A.T. told the police he would quiet down. J.F. did not hear anymore from K.A.T. that day.

On September 18, 2019, a warrant for K.A.T.’s arrest was issued. K.A.T. was arrested the following day for violation of the protection order. The matter proceeded to a bench trial.

The State’s only witness was J.F. J.F. confirmed that there was a protection order against K.A.T. that protected himself and his family. He testified that on the day in question, he was home alone outside watering his garden in his backyard. He stated that he heard yelling coming from K.A.T.’s house. J.F. looked at the window where the yelling was coming from and the yelling stopped. This fact would be a key element in this analysis of the decision.  He continued to water his garden and the yelling began again. This time he heard a phrase that he was able to make out. J.F. stated he heard the voice yelling from K.A.T.’s house say, “you think you’re safe, but you’re not.” J.F. again stared at the window and the yelling stopped again. J.F. believed that the “you” was directed at him. J.F. continued to water his garden, but then heard the voice say, “you call the police at the first sign of danger.” He recognized the voice as K.A.T.’s and immediately went inside and called the police.

On cross examination, J.F. stated that he had not seen K.A.T. or K.A.T.’s silhouette in the window. J.F. further testified K.A.T.’s mother had told him that K.A.T. was diagnosed with Asperger’s. J.F. testified that he felt threatened on the day in question and he felt that the words he heard were directed toward him. J.F. also testified that he did not hear any more disturbances from K.A.T.’s house that day after he called the police.

K.A.T. testified that on the day in question he was home alone. He testified that he is an aspiring actor, so he does performing arts often, and puts on plays and does vocal performances. He went on to say that this is what he was doing that day in his room, but that none of it was being recorded. K.A.T. admitted that he did say the words that J.F. claimed to have heard. He testified that the words were not directed at J.F., but rather part of a skit he was performing. He stated he was probably facing his window at the time. K.A.T testified that he was unaware J.F. was outside at the time, however. K.A.T. then said the police came to his house and told him that he was being too loud, and that J.F. believed the words were directed towards him. He told them he would try to be quieter in the future.

K.A.T. then testified that he takes the protection order very seriously. He said that it is important for people to feel safe, so he goes out of his way to avoid J.F. On cross examination, K.A.T. again confirmed that he said the words that J.F. claimed to have heard. Then he described in further detail the scene of the play he claimed to have been working on at the time when the words were said. Lastly, K.A.T. confirmed that J.F. had called the police on him in the past, and he was sent to a psych ward over some misunderstandings.

On July 30, 2020, the trial court found K.A.T. guilty of violating the protection order. The court sentenced K.A.T. to 180 days in jail, all suspended, 12 months of community control, and a $150 dollar fine plus court costs.

K.A.T. appealed his conviction to the Seventh District Appellate Court which held “Whether appellant intended to threaten J.F. or not, his conduct demonstrated a “heedless indifference” to the risk that J.F. might hear these threatening words that were in violation of the protection order.”.

The Seventh District Appellate Court issued this decision, and it is binding in the following Ohio counties: Belmont, Carroll, Columbiana, Harrison, Jefferson, Mahoning, Monroe and Noble.

Does your agency train on Protection Orders?