The Importance of Knowing, Understanding and Following Police Department Policy

Thus, because Jones’s decision to continue the pursuit was a discretionary act, Jones was entitled to summary judgment on the basis of qualified official immunity under Kentucky law on the negligence and gross negligence claims.”.

On Tuesday February 27, 2018 at 9:30 p.m. Special Deputy Austin Meredith of the Edmonson County Sheriff’s Office (“ECSO”), Kentucky, saw a 2004 Pontiac Grand Am with an unilluminated license plate and a passenger who was not wearing a seatbelt. The driver of the car, Brandon Embry, was 20 years old and had been smoking marijuana. With him in the car were two passengers, both minors – C.S., who was fourteen years old and a M.S. 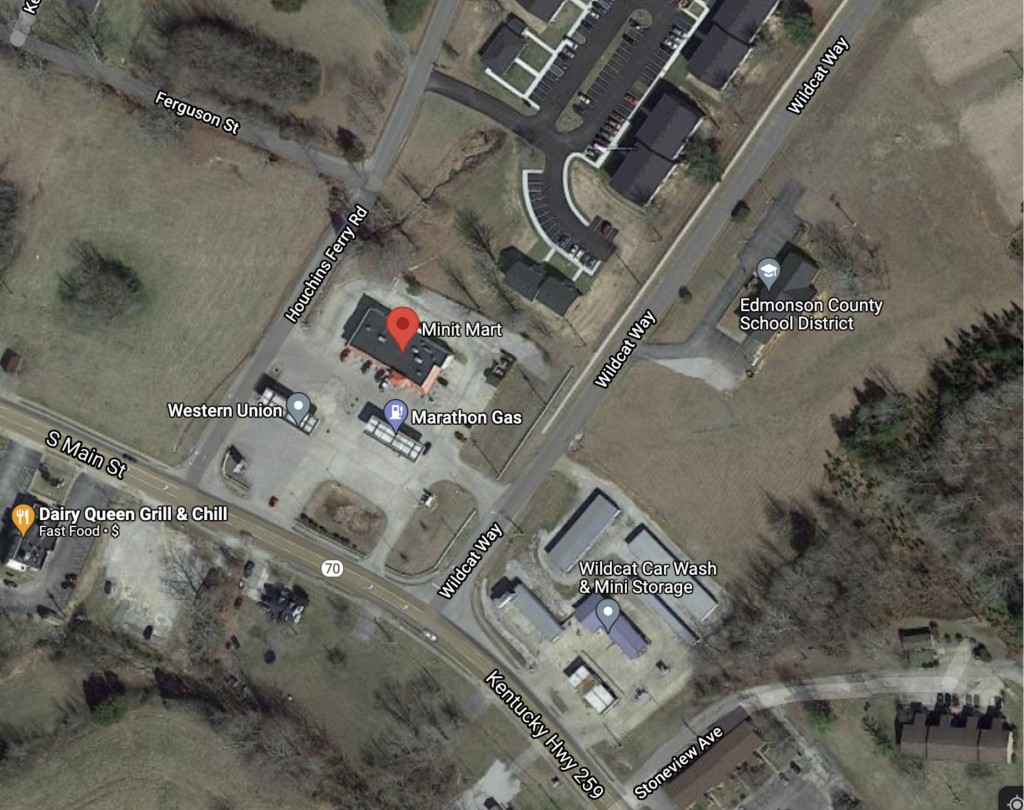 Deputy Meredith of the Edmonson County Sheriff’s Office observed Mr. Embry driving past 101 Houchins Ferry Rd, Brownsville, Kentucky, when he observed that the vehicle failed to have a license plate light out.  The deputy attempted to initiate a traffic stop and Mr. Embry fled.

Dep. Meredith attempted to stop the vehicle.  It fled!  A vehicular pursuit was initiated.  Had Mr. Embry complied with the lawful order of Dep. Meredith this case would not be initiated.  Dep. Meredith accelerated to follow and was soon joined in the pursuit by Dep. Jordan Jones, also an ECSO Deputy Sheriff, whose police cruiser could go much faster than Dep. Meredith’s vehicle. Dep. Jones took over the pursuit, which lasted approximately twelve minutes over an eighteen-mile stretch of highway, with the vehicles reaching speeds of almost 130 miles-per-hour.  The chase continued into Warren County in the direction of Bowling Green, Kentucky.

Dep. Jones observed Mr. Embry’s vehicle fishtail on S-curves in the road, and at another time, he saw the vehicle almost lose control and crash after doing a 360-degree rotation before it steadied and continued south on the highway toward Bowling Green, Kentucky. When fleeing law enforcement, it helps to have both driving experience and no level of THC.  Dep. Jones and Dep. Meredith observed objects being thrown out of the car but could not identify what they were aside from a single “grocery bag sack.”.  Approximately two minutes before the pursuit ended, another officer radioed that he had found ammunition in the area where objects had been thrown from the vehicle. Later a firearm would also be found.

Dep. Jones testified that if the vehicle had reached Bowling Green, he would have stopped the pursuit. Before that could happen, Mr. Embry’s vehicle made an abrupt turn at an intersection and severely crashed into a third party’s Sports Utility Vehicle in a T-bone impact.  C.S., who was belted in the vehicle, was knocked unconscious in the impact. Dep. Jones smashed out a rear side window and began shouting at C.S. When C.S. did not respond, Dep. Jones tased him.

M.S. had to be mechanically extracted from the front passenger seat of the vehicle, and M.S. and C.S. were both flown by helicopter to Vanderbilt University Hospital in Nashville, Tennessee to receive treatment for their injuries.

The marijuana consumer, Mr. Embry, was not hurt in the crash.  At the time of this incident, he was facing charges in an earlier felony and had to be in court the following month.  In the previous felony he had burglarized a home and led law enforcement on a  foot pursuit. There is a news article included at the end of this article that provides additional detail on this previous incident.  Mr. Embry would later plead guilty to multiple charges in this most current incident and was sentenced to serve five years in a Kentucky state prison.

Ms. Wendy Browning, the mother of C.S. filed this civil litigation against the Edmonson County Sheriff’s Office.  Two of the claims will be evaluated in this article; The first was excessive force for Dep. Jones tasering C.S. as he was unconscious and the second claim was for the trial court giving Dep. Jones summary judgment for initiating and continuing the vehicular pursuit.

Appeal on rejecting summary judgment for Tasering of C.S. is denied

In rejecting Dep. Jones’s argument that he had used force because of noncompliance, the district court clearly assumed that a jury could find that there was no sign of verbal hostility or physical resistance on the part of C.S., that Dep. Jones may have merely had a suspicion that C.S. was armed, and—importantly—that “Jones himself did not attribute C.S.’s [moving back and forth] as verbal hostility or physical resistance.” The district court further considered the uncontested fact that C.S. was found slumped over in the backseat following the collision.

To prevail on the excessive-force claim, C.S. must show that Dep. Jones’s use of the taser amounted to a violation of C.S.’s clearly established constitutional rights. See Pearson v. Callahan, 555 U.S. 223, 232 (2009). Based on the facts articulated above, a reasonable jury could find that C.S. made such a showing here.

The third Graham factor, whether C.S. was “actively resisting arrest or attempting to evade arrest by flight,” also weighs against Dep. Jones on the relevant facts. 490 U.S. at 396. There was obviously no flight in this case. There was also no “active” resistance. Whatever “active” means, it has to mean something more than mere silence and inaction. To characterize such “resistance” as “active” is to deprive the word of all meaning.

Accordingly, C.S. had a clearly established constitutional right not be tased under the circumstances. Dep. Jones violated that right by tasing C.S. despite observing that C.S. was not resisting and expressed no verbal or physical behavior that was hostile or threatening. On these facts, a reasonable jury could find that use of a taser was not objectively reasonable and therefore amounted to excessive force under the law. Thus, the district court properly denied qualified immunity for the § 1983 claim.

The bottom line here is that the deputy tasered an unconscious passenger for failing to comply with his orders because the passenger was non-compliant.

Jones next challenges the district court’s denial of his summary judgment motion on the state-law negligence and gross negligence claims arising from his decision to initiate and continue the pursuit of Embry’s vehicle.

Jones is entitled to qualified official immunity on the negligence and gross negligence claims if his conduct was:

(1) A discretionary act or function

(3) Within the scope of his authority.

Only the first prong is at issue here—whether Dep. Jones’s conduct was discretionary or ministerial. Immunity does not attach for a ministerial act, which “requires only obedience to the orders of others, or when the officer’s duty is absolute, certain, and imperative, involving merely execution of a specific act arising from fixed and designated facts.” Conversely, a discretionary act entails “the exercise of discretion and judgment, or personal deliberation, decision, and judgment.”

Thus, the relevant inquiry is whether Dep. Jones’s act of initiating and continuing the pursuit was a discretionary act or a ministerial duty controlled by official departmental policy.  After a detailed review of the Edmonson County Sheriff’s Office pursuit policy the court determined that “The language of the ECSO policy reveals that dominant nature of the decision to start or end a pursuit is a discretionary one because the policy does not set any absolute constraints on the officer’s exercise of discretion to continue a pursuit—it merely provides factors for the officer to consider … Thus, because Jones’s decision to continue the pursuit was a discretionary act, Jones was entitled to summary judgment on the basis of qualified official immunity under Kentucky law on the negligence and gross negligence claims.”.

In the State of Kentucky, a plaintiff must demonstrate that the law enforcement officers’ actions were discretionary and in conflict with a policy that does not permit the officer to use his discretion to be successful on a negligence claim.  Here, the policy of the Edmonson County Sheriff’s Office was clear that Dep. Jones had discretion to pursue Mr. Embry for failing to have a license plate light illuminated and for fleeing and eluding.

Does your agency train on how case law intersects with policy?