Can Law Enforcement Seize Clothing of a Murder Suspect from his Hospital Room While the Suspect is Being Treated?

This is a case that involves PURE EVIL.

Marie Belcastro a ninety-four-year-old woman was beaten to death after the fifteen-year-old attempted to rape her.

On the morning of Tuesday March 31, 2015, 15-year-old Jacob LaRosa was released from the Juvenile Justice Center after serving time in detention for a probation violation. According to his own account, he met with friends and began drinking excessively. Shortly after 5:00 p.m., Mr. LaRosa entered the house of the victim, ninety-four-year-old Marie Belcastro, at 509 Cherry Street in Niles, Ohio. 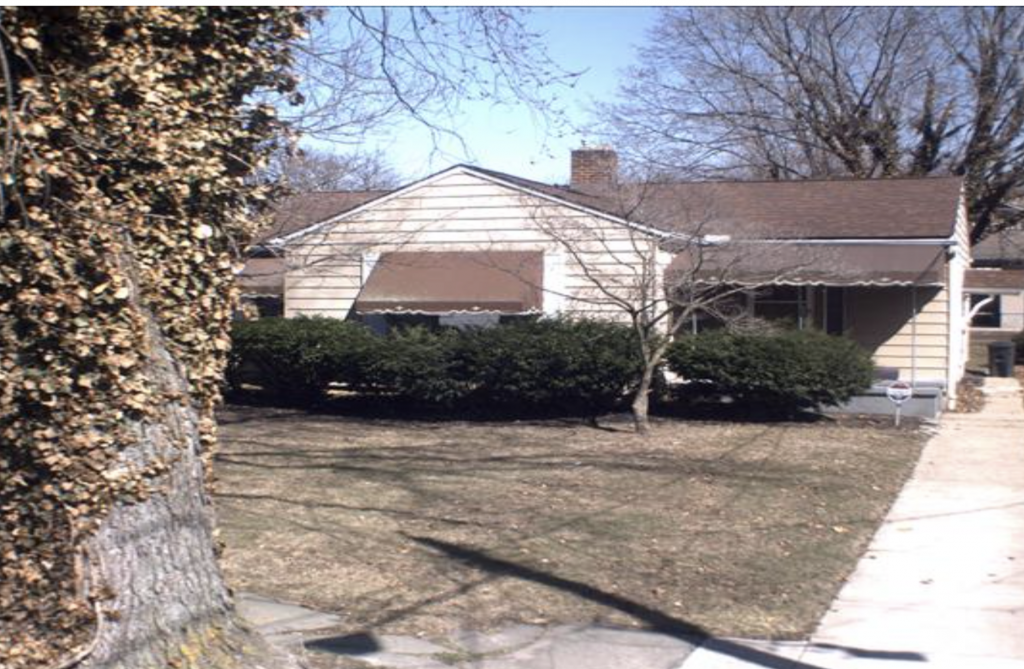 Mrs. Marie Belcastro who was ninety-four-years-old  lived here at 509 Cherry Street in Niles, Ohio.  On Tuesday March 31, 2015 fifteen-year-old Mr. Jacob LaRosa broke into this home, attempted to rape her and then killed Mrs. Belcastro by bludgeoning her with a flashlight.

Mrs. Belcastro’s house was directly across from Mr. LaRosa’s house and was separated by an alleyway. Mr. LaRosa was later identified by video surveillance, which was provided by a neighbor, walking from the direction of the victim’s house with a bottle of alcohol and proceeding down the alleyway around the time of the murder. The neighbor who provided video surveillance to investigators also found an empty whiskey bottle in his yard that he believed was removed from Mrs. Belcastro’s home.

Thereafter, Mr. LaRosa arrived at his home for the last time, in a nearly incoherent state with blood on his shirt, shoes, and glasses. He patently lied and told multiple family members that he was attacked by other juveniles who forced him to consume alcohol and other substances at gunpoint. Mr. LaRosa’s mother called for help. Niles Police Officer Todd Mobley and EMT personnel arrived at the residence to attend to Mr. LaRosa’s unknown injuries resulting from the alleged assault. When Officer Mobley arrived at Mr. LaRosa’s home, he found Mr. LaRosa, who appeared intoxicated, wearing only socks and underwear and repeatedly saying words to the effect of “[T]hey’re going to kill me for this.”.

As Mr. LaRosa was being loaded into the ambulance, Officer Mobley was alerted to a commotion at 509 Cherry Street. One of Mrs. Belcastro’s daughters waved down the paramedics at the LaRosa residence in a panic after discovering that the Mrs. Belcastro residence had been broken into through the side door. Inside the home, a blood trail was found throughout the house from the living room through the hallway. A large secretary desk was also toppled over and blocking the front door from the inside. Mrs. Belcastro’s deceased body was discovered by Officer Mobley who was joined in Mrs. Belcastro’s home by Detective Craig Aurilo and Detective James Robbins. They found that the door had been kicked or shouldered in and that there was “blood everywhere.” They discovered Mrs. Belcastro’s deceased body in a bedroom. Officer Mobley and her daughter discovered Mrs. Belcastro on the floor in the first bedroom of her home.  She was naked from the waist down and twisted awkwardly into a fetal position. Mrs. Belcastro was severely beaten, and her undergarments were found in the living room. Outside the house, police discovered liquor bottles, including one liquor bottle that had blood on it.

Mr. LaRosa was taken to St. Joseph Hospital, where his blood alcohol level was determined to be nearly three times the legal limit for an adult. He had no discernable injuries to explain the blood on his body. Blood was also found by the attending nurse on Mr. LaRosa’s underwear and his penis. The nurse had wiped urine and blood from Mr. LaRosa’s penis.  The washcloth used was later seized into evidence.  While LaRosa was at the hospital, Detective Aurilo obtained a warrant for the search of Mr. LaRosa’s body. The warrant permitted buccal, penile, and hand swabs of Mr. LaRosa. Pursuant to the search warrant, hospital personnel obtained fingernail scrapings from Mr. LaRosa and provided the scrapings to Detective Aurilo. The technical discrepancy of the search warrant description of ‘hand swab’ as opposed to the specificity of fingernail scraping would be at issue on appeal.

Officer Michael Biddlestone arrived at the hospital with instructions to secure Mr. LaRosa as a suspect regarding Mrs. Belcastro’s death. After finding Mr. LaRosa in the hospital’s emergency room, Officer Biddlestone handcuffed him to the bed.

Mr. LaRosa was charged in a complaint of delinquency on April 9, 2015, with four counts alleging crimes involving Mr. LaRosa breaking into the home of Mrs. Belcastro, beating her to death, and attempting to rape her. The case was filed in the Trumbull County Court of Common Pleas, Juvenile Division.

Mr. LaRosa’s case was bound over to adult court and he was indicted by the Trumbull County Grand Jury on December 16, 2015 with four counts:

Mr. LaRosa filed a Motion to Suppress the fingernail scrapings, evidence obtained from his socks and underwear and the washcloth that was used to wipe blood and urine from his body.

Dr. Humphrey Germaniuk, the coroner and medical examiner for Trumbull County, performed Mrs. Belcastro’s autopsy. Dr. Germaniuk testified that Ms. Belcastro was approximately four feet, seven to eight inches tall and weighed approximately 80-85 pounds at the time of her death. He stated that she was beaten so severely, he could not even opine as to how many times she was struck in the head by her assailant. He further testified that her eyes had been ruptured inside of her head due to the beating, and the bones in her face and the top of her skull had been crushed rather than merely broken. A fragmented hearing aid was still compacted into one of her ear canals, and portions of brain matter were visible through the crushed skull portions in the autopsy photographs. Dr. Germaniuk determined the manner of Mrs. Belcastro’s death was homicide, and the cause of death was blunt craniocerebral trauma.

A detective with the Niles Police Department testified as to the scene of the homicide at the Belcastro residence. On the outside, a side door to Mrs. Belcastro’s home was broken into, which was photographed and submitted as evidence. Inside the home, the detective described three different places where the crimes listed in the complaint had been committed. In the living room, there was a massive amount of blood on the couch, floor, and sprayed on the walls and lamp. A flashlight believed to be used in the attack, was visible in photographs of the living room, as well as Mrs. Belcastro’s sweatpants and undergarments on the living room floor. In the hallway between the living room and bedroom, a second location contained a massive amount of blood, as well as blood splatter on the floorboard and wall. In addition, the detective confirmed the coroner’s testimony that brain matter was visible on the floor and sprayed across the wall, as well as a broken hearing aid and a piece of Mrs. Belcastro’s skull. In the first bedroom outside the hallway, a third location contained a massive amount of blood on a bed, as well as the victim deceased on the floor. She was naked from the waist down, twisted into a fetal position on the floor, and the entire front of her head and face was crushed, as the coroner’s testimony and photographs confirmed.

The trial court rejected Mr. LaRosa’s Motion to Suppress and permitted all of the evidence to be admissible at trial.

During voir dire of the jury Mr. LaRosa retracted his Not Guilty plea and entered a plea of No Contest.  The trial court accepted Mr. La Rosa plea and he was sentenced:

The trial court ordered the sentences to be served consecutively, stating among other things, that Mr. LaRosa showed a lack of remorse, the harm was so great and unusual that a single prison term does not adequately reflect the seriousness of the conduct, and consecutive terms are necessary to protect the public and punish him. Mr. LaRosa was also classified as a Tier III sex offender with the most stringent, lifetime reporting requirements.

Harmless error – The doctrine that minor or harmless errors during a trial do not require reversal of the judgment by an appellate court. Blacks Law Dictionary, 718 (6th ed.).

Essentially the failure of the trial court to properly suppress Mr. LaRosa’s socks and underwear should not have resulted in overturning his conviction.

Here is how the Supreme Court of Ohio evaluated the three different appeals.

The washcloth itself was not LaRosa’s property, and he had no expectation of privacy in it. LaRosa may claim no possessory interest in his urine that ended up on a washcloth belonging to someone else. Regarding any blood on the washcloth, police had a warrant to swab LaRosa’s penis, so it was inevitable that they would have obtained a sample of any evidence that remained on that area of his body. See Nix v. Williams, 467 U.S. 431, 444, 104 S.Ct. 2501, 81 L.Ed. 377 (1984) (if the state can establish by a preponderance of the evidence that the illegally obtained evidence ultimately or inevitably would have been discovered by lawful means, then the evidence should be admitted); State v. Perkins, 18 Ohio St.3d 193, 196, 480 N.E.2d 763 (1985) (applying Nix and explaining that the ultimate- or inevitable-discovery exception acts to forgive the constitutional violation made in obtaining the evidence). Indeed, testing of the penile swabs in this case revealed the presence of the victim’s DNA.

In this case, the search warrant did not authorize a general or open-ended search. Instead, it authorized a search of certain specific areas, one of which was LaRosa’s hands. Because the fingernails are a part of a specific area identified in the search warrant, we reject LaRosa’s argument that the trial court erred in denying his motion to suppress the fingernail scrapings.

The items at issue here remained in the room where LaRosa was being treated, and the state has not alleged or presented any evidence showing that LaRosa made any kind of statement or took any action indicating that he intended to voluntarily discard, leave behind, or relinquish those items. Although the officer did not seize the items directly from LaRosa’s body, the officer did, in fact, take them from LaRosa’s hospital room. We accordingly conclude that the items were seized by the officer, an agent of the government. To the extent that the court of appeals concluded otherwise, its conclusion was erroneous.

We conclude that the trial court’s failure to suppress the socks and underwear would not have had a material impact on LaRosa’s decision to plead no contest, given that the victim’s DNA was also found on LaRosa’s penis, on the scrapings of his fingernails, and his other clothing items.

The Supreme Court of Ohio decided this case four to three along political lines.  The current Supreme Court of Ohio rarely splits along political lines, so this is in and of itself unusual.  The four Republicans held the conviction should be upheld and the three Democrats dissented and wanted the case sent back to the trial court with the socks and underwear suppressed.  The prosecution would have ‘only’ had the victim’s DNA on Mr. LaRosa’s fingernail scrapings, his penis and body.  Even if the case was sent back to the trial court it is highly unlikely Mr. LaRosa would have been successful to have avoided spending the rest of his life in prison.

This case was issued by the Supreme Court of Ohio and is binding in the entire State of Ohio.

Does your agency train on Evidence Collection?