When Jeff Tried to Conceal the Contraband Between his Legs with a Can was he Under Investigative Detention or was he still in a Consensual Encounter?

On Thursday July 2, 2020, Deputy Jeremy Johnson of the Coshocton County Sheriff’s Department was dispatched to Conesville, Ohio, in Coshocton County, on a report of a suspicious vehicle with male passengers inside, driving slowly and looking into houses. 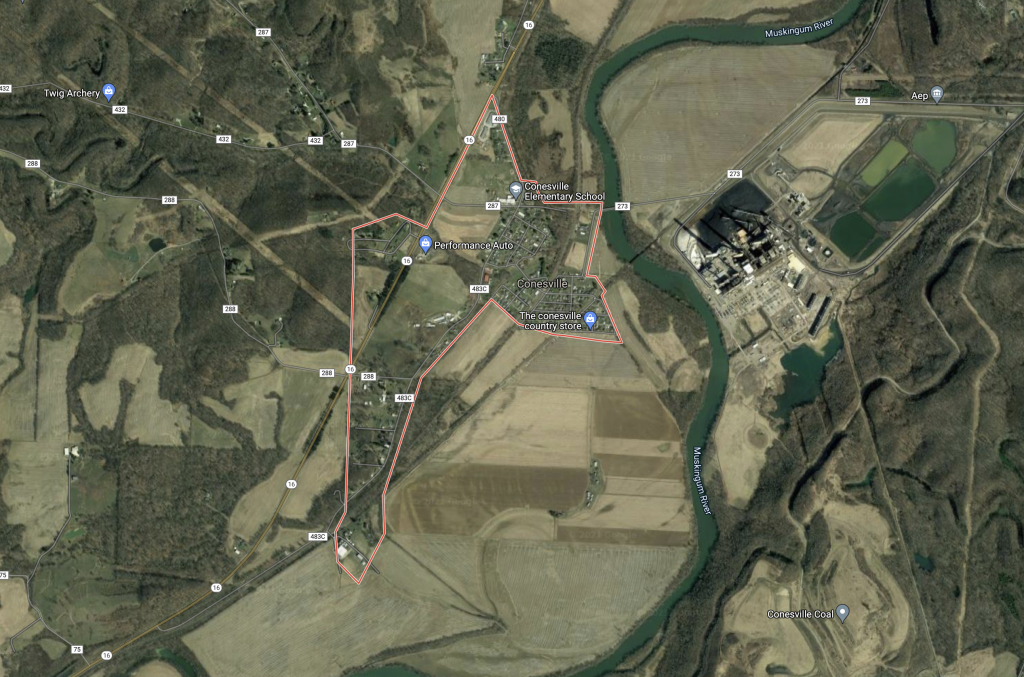 Deputy Johnson observed Mr. Jeffrey Shrimplin in a vehicle here in Conesville, Ohio. Did Mr. Shrimplin just leave a tree job, was he trying to hide drug paraphernalia … or both?

The deputy then spotted the vehicle matching the description in a back alley. The deputy did not know the name of the road. The road was not wide enough for two vehicles to pass. When Dep. Johnson came around a corner in the road, he observed a gold Buick LeSabre, with three males inside, stopped in the roadway with another vehicle facing it traveling the opposite direction.

When Dep. Johnson pulled behind the vehicle, Mr. Shrimplin pulled off to the left side of the narrow roadway and stopped. Dep. Johnson stopped his vehicle, exited, and approached the driver’s window of the vehicle and made contact with the three individuals in the car. This initial encounter would be argued later in court by Mr. Shrimplin that this began as an investigative detention, while the prosecution would argue that it began as a consensual encounter.  What do you think?

Dep. Johnson did not activate his overhead lights. Upon approaching the vehicle, Dep. Johnson did not ask for Mr. Shrimplin’s identification because he was familiar with Mr. Shrimplin. Dep. Johnson informed Mr. Shrimplin that he had received a report of a suspicious vehicle in the area.  The men informed the officer that they were parked in the yard of a person that the unidentified passenger previously dated, that he had approached the home and knocked on the door, but when no one answered he left a note in the door. Mr. Shrimplin also told the officer that the men had been out looking at a job site where they were going to remove some trees.

Deputy Johnson asked if there had been another passenger in the car riding in the front seat. Mr. Shrimplin stated that his stepson had been with them, but that he had dropped him off at his house.  The right rear passenger exited the vehicle with a cigarette, and Dep. Johnson requested identification from him and the other rear passenger. Theright rear passenger walked around the vehicle and provided identification to Dep. Johnson. The left rear passenger stated that he did not have any identification, did not know his social security number, and only provided a name and date of birth, which the deputy was unable to confirm through dispatch. Because he was unable to confirm this passenger’s identity, he believed the passenger gave him false information. He asked the passenger if he had a driver’s license and was told that he had a State ID in the state of Ohio. The deputy stated that if that were the case, his name and information should have been in the system. Mr. Shrimplin repeatedly told the deputy that he did not know the passenger and had just met him.  The benevolence of Mr. Shrimplin cannot be overstated.

At approximately eleven and a half minutes into the encounter while the deputy was still trying to ascertain the identity of the backseat passenger, Mr. Shrimplin asked Dep. Johnson if he could leave the scene to take his car home, explaining that he was hot and nervous about being parked in someone’s yard. Deputy Johnson told Mr. Shrimplin that the property owner was not going to give Mr. Shrimplin any trouble because he was there with law enforcement. Mr. Shrimplin should be commended for his abrupt concern with adhering to trespassing laws.

Mr. Shrimplin filed a Motion to Suppress which the trial court denied.  He plead no contest and was sentenced to ten days in jail with seven days suspended.  Mr. Shrimplin appealed the denial of the Motion to Suppress to the Fifth District Appellate Court which denied the appeal, holding “Upon our review of these facts, the record and the body-cam video, we find that the deputy’s approach of the vehicle and ensuing conversation with Mr. Shrimplin and his passengers began as a consensual encounter. Once the men reported to the deputy that one of them had approached the rear of one of the houses and then was either unable or unwilling to provide credible proof of his identity, the deputy was justified in detaining Mr. Shrimplin and the passengers while he continued his investigation. We further find that the deputy did not tell Mr. Shrimplin that he could not leave the scene, only that he did not need to worry about being parked on someone else’s property at that time. For the above reasons, we find that Deputy Johnson possessed a reasonable, articulable suspicion to justify a brief investigatory detention of Mr. Shrimplin. Mr. Shrimplin sole assignment of error is overruled.”

Does your agency train on Citizen Tips?