We find that Mr. Thompson was lawfully ordered out of his vehicle and that any contraband revealed as he exited his vehicle was in plain view.

In August 2019 Officer Michael Smith observed a black Hyundai Elantra with heavily tinted windows roll through a stop sign at Elkton Place.  This occurred in College Hill an area in Cincinnati, Ohio. 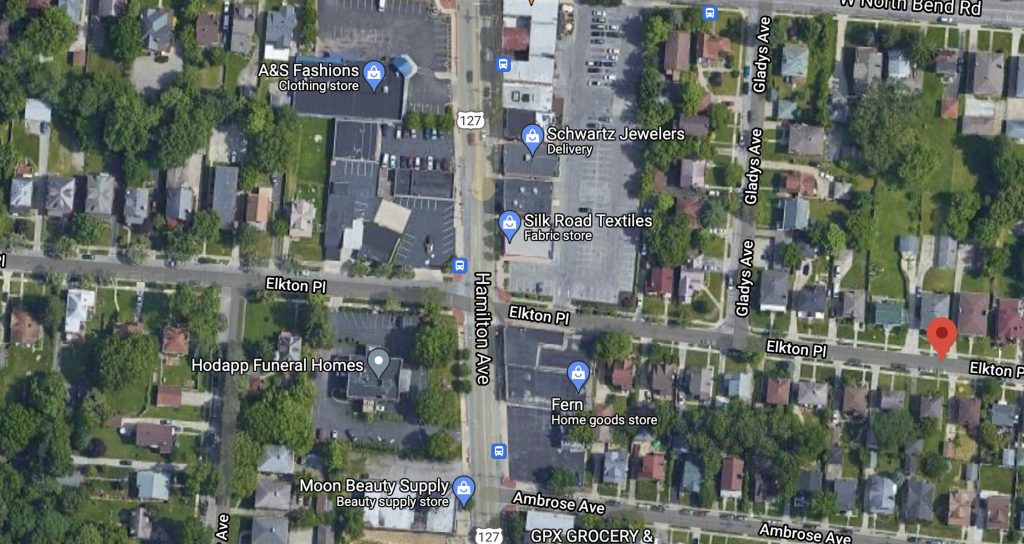 Tylon Thompson was a passenger in a car that ran a stop sing on Elkton Place in Cincinnati, Ohio in area known as College Hill.  This area is a high crime area but that would only be one factor that led to Mr. Thompson’s arrest and subsequent appeal.

Officer Smith pulled the vehicle over and activated his body camera, which captured the entire encounter. Because of the window tint, he approached the car from the passenger side. The passenger-side window was rolled down, with Mr. Tylon Thompson seated in the passenger seat and his significant other at the wheel.  Unfortunately for Mr. Thompson his significant other, as described by the court, not only rolled through a stop sign but was unlawfully driving on a suspended license.

Officer Smith informed both occupants of the reasons for the stop and asked for identification, which they provided. As Officer Smith walked back to his cruiser to run the couple’s names through his computer, he expressed concern to accompanying officers about movements Mr. Thompson made around the center console of the car as he approached. Officer Smith’s search of the couple’s names revealed that the driver was driving under a suspended license, and Mr. Thompson did not have a license. Officer Smith then summoned the nearest drug dog, expressing his belief that Mr. Thompson was concealing drugs in the center console area.

Roughly seventeen minutes into the stop, Officer Smith finished writing the citation for the stop sign violation and driving under suspension, delivering it to the driver. He instructed the driver and Mr. Thompson to “sit tight for a couple more minutes.” For the

next six minutes, Officer Smith chatted with other officers on the scene and with Mr. Thompson. Around twenty-three minutes into the stop, canine handler Officer Michael Bricker arrived on the scene with his dog. Out of Mr. Thompson’s earshot, Officer Smith informed Officer Bricker that “he’s covering up the whole left side of him and the center console area, so you can’t see.” He further explained that the couple had just traveled from an area known for drug activity.

After conversing with Officer Smith, Officer Bricker explained the drug dog procedure to Mr. Thompson and the driver. Pursuant to a departmental policy dictating that passengers cannot remain in a vehicle during a canine sniff, Officer Bricker opened the car door and ordered the couple out of the vehicle. When Mr. Thompson stood up to exit the car, a plastic baggie containing a white substance became visible in the passenger seat next to the center console. Officers then handcuffed Mr. Thompson, placed him under arrest, and conducted a search and full search of the car. This search revealed $463 of United States currency and raw marijuana wrapped in a dollar bill. At the Hamilton County Justice Center later that day, Mr. Thompson was subjected to a strip search. Officers found three small baggies in Mr. Thompson’s anal cavity, which ultimately tested positive for a cocaine-methamphetamine compound and fentanyl.

1) Trafficking in a fentanyl-related compound;

2) Possession of a fentanyl-related compound;

5) Aggravated trafficking in drugs; and

Mr. Thompson filed a Motion to Suppress all evidence but was denied by the trial court.

Mr. Thompson made several appeals though this article will focus singularly on Officer Smith’s stop, order for Mr. Thompson to exit the car, the Plain View Doctrine and subsequent search. Specifically, Mr. Thompson’s appeal stated in pertinent part “Mr. Thompson’s first assignment of error challenges the denial of his motion to suppress the plastic baggie containing a white substance that became visible as he exited the vehicle.”.

The warrantless search of Mr. Thompson satisfies the plain view exception if:

1) The initial intrusion bringing the officer into a position to view the object was legitimate, and;

2) The incriminating nature of the object was immediately apparent.

Mr. Thompson does not contest the immediately incriminating nature of the plastic baggie containing a white substance, which confines our review to the legitimacy of the initial intrusion bringing the officer into a position to view the object. For the intrusion to be legitimate in this case, the police must have

2) Lawfully ordered Mr. Thompson out of his vehicle.

We find that Mr. Thompson was lawfully ordered out of his vehicle and that any contraband revealed as he exited his vehicle was in plain view.

This case was issued by Ohio’s First District Appellate Court and is only binding in Hamilton County, Ohio.