Did Governor Dewine’s Extension of License Plate and Operator’s License Renewal During the Pandemic Apply to Fail to Display a License Plate?

[W]hile recognizing the application of the relaxation on expired tags, stated there was “[n]othing in the governor’s announcement relax[ing] the requirement that a vehicle must display a license plate. [The governor’s] announcement only provided a moratorium in renewing expired licenses, ID cards or vehicle registrations during the pandemic.

On Saturday July 25, 2020, at 10:44 a.m., Wickliffe Police Officer, James Smith, was patrolling the parking lot, in a marked vehicle, at the Quality Inn located on the corner of East 286th Street and Euclid Avenue in Wickliffe, Ohio. 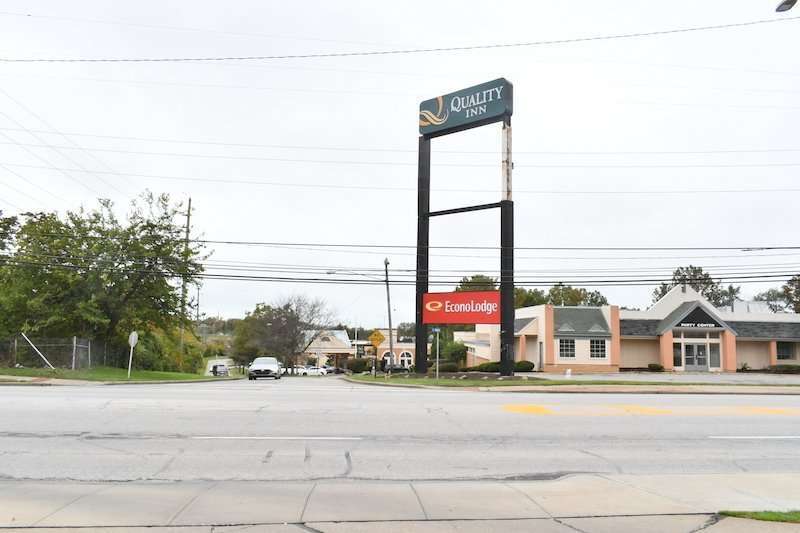 Mr. Lewis was in the parking lot here at the Quality Inn located at 28611 Euclid Avenue, Wickliffe, Ohio 44092.  Mr. Lewis did not display a license plate on his car but did have a pocket full of cocaine.  When I took this photograph the car leaving only had one headlight, the driver is fortunate that Wickliffe Police Officer James Smith was not near.

Officer Smith identified the Quality Inn as low quality, as it is a high crime area known for drug transactions, guns, prostitution, and stolen vehicles – but not in that order. In fact, the previous day, Officer Smith was involved in in the arrest of a woman who had purchased drugs from an African American male in the parking lot; the man, who was driving a four-door, silver Honda sedan at the time, fled the scene and was not caught.

On Saturday July 25, 2020, the officer observed two African American males in a four-door, silver Honda sedan with a female standing outside the car and leaning in towards the passenger door. The driver of the Honda noticed Officer Smith and appeared “frightened.” – otherwise known as the deer-in-the-headlights look.   The vehicle drove away, exited the parking lot, but then re-entered the parking lot from a different access point. In light of the previous day’s events and what he observed, the officer followed the Honda, which re-exited the lot onto East 286th Street. While following the Honda, the officer observed the vehicle had no rear license plate or temporary tag. This observation was supported by the cruiser’s dash-cam.

The Honda proceeded onto I-90 westbound with Officer Smith following. Officer Smith activated his emergency, overhead lights. The Honda did not stop and, as a result, the officer activated his cruiser’s siren. The vehicle then pulled over. Officer Smith approached the vehicle on the passenger’s side and observed appellant in the driver’s seat, a second individual in the passenger seat, and a third in the back seat. Officer Smith informed the driver, later identified as Mr. Anthony Lewis, the vehicle had no license plate, to which Mr. Smith indicated the plate must have fallen off. Upon obtaining permission to open the rear door, Officer Smith noticed the back-seat passenger was holding a license plate with black tape on it. Officer Smith confirmed the plate was registered to the Honda; he also confirmed that the silver Honda he stopped was different from the vehicle that fled the scene on the previous day, due to

differences in the license-plate letters. Among other behaviors, high crime areas have a lot of fleeing vehicles.  Officer Smith also agreed during testimony, that the plate at some point, could have been affixed to the back window with tape and fallen off.

Officer Smith again engaged Mr. Lewis, who had no identification. Mr. Smith lied, and stated his name was “Antoine Lewis” and gave a date of birth. Officer Smith checked the name and determined he was not Antoine Lewis. Mr. Lewis was subsequently arrested for falsification; he later gave his true identity. Upon arrest, a wad of money and a baggie of white powder was found in Mr. Lewis’ pants pocket. The substance was later identified as cocaine.

Mr. Lewis’ appeal focused on House Bill 197 signed into law on Friday March 20, 2020 which extended all license and registration dates that expired during the state of emergency to 90 days after the emergency was over, or December 1, 2020, whichever came sooner.  The Eleventh District Appellate Court denied the Motion to Suppress holding “[W]hile recognizing the application of the relaxation on expired tags, stated there was “[n]othing in the governor’s announcement relax[ing] the requirement that a vehicle must display a license plate. [The governor’s] announcement only provided a moratorium in renewing expired licenses, ID cards or vehicle registrations during the pandemic.””.

The Eleventh District Appellate Court issued this decision and therefore it is binding in the following Ohio Counties: Ashtabula, Geauga, Lake, Portage and Trumbull.

Does your agency train on the current Ohio statues?