Was Reasonable Suspicion Established on the Devil’s Strip?

The officers properly asked Appellant to step out of his vehicle due to the possibility that he could be armed, dangerous, and a burglar. In addition, competent, credible evidence exists to show that the officers had a reasonable, articulable suspicion to perform a Terry pat-down search of Appellant. 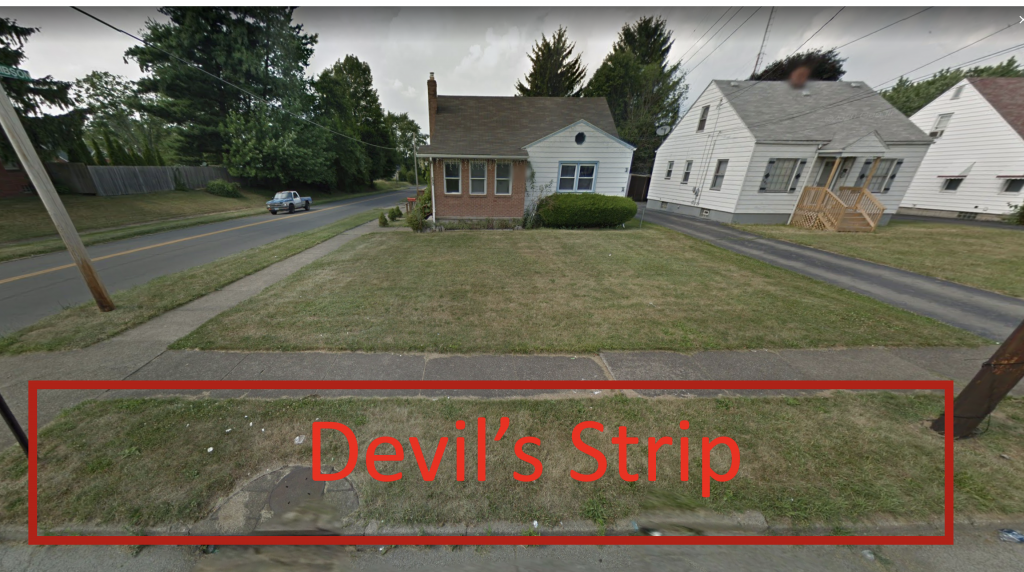 Mr. Brown decided to burglarized 702 Pasadena Avenue in Youngstown, Ohio the day after a triple homicide occurred at this residence.  Mr. Brown had his car parked on what the court called the Devil’s Strip. 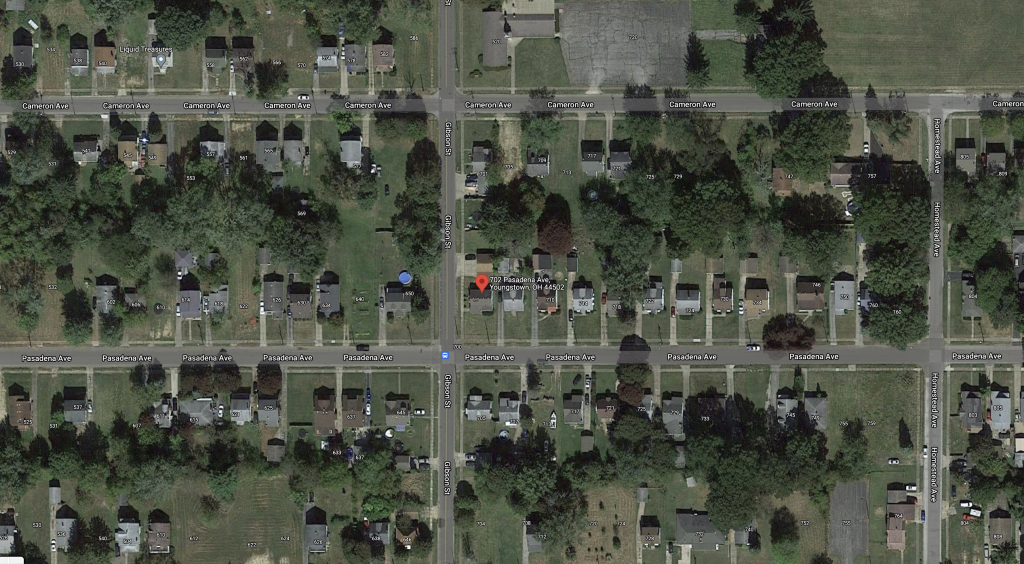 Pasadena Avenue was anything but rosy as the court described it as a high crime area.

The day before, Wednesday November 7, 2018, twenty-one-year-old Edward Morris, his girlfriend, nineteen-year-old Valarcia Blair, and their baby, Tariq Morris were murdered outside this very address.

Upon arrival, the officers observed an Oldsmobile owned by Mr. Spencer Brown parked half on the roadway and half on the devil strip in violation of Youngstown Codified Ordinance 351.03. Throughout the case the court references ‘devil strip’.  The devil strip is the grassy area between the sidewalk and the street.  Mr. Brown was seated in the driver’s seat. In the backseat was a television. A door at 702 Pasadena Avenue appeared to have been kicked in, damaged, contained a small hole, and was partially open.

Sgt. Bailey was a canine handler assigned to the Patrol Division. When hearrived in his marked cruiser, he activated his overhead lights, advised radio dispatch, and parked behind the car. Sgt. Bailey approached the vehicle.Upon questioning, Mr. Brown indicated he lived at 702 Pasadena Avenue. However, Mr. Brown could not produce any documentation verifying that location as his address at that time … because he was lying. Providing proof of residency to a home Mr. Brown did not reside, would be only of many challenges he would face during this law enforcement encounter.

Sgt. Bailey told the Officer Martini and Officer Wallace that there was a television in Mr. Brown’s backseat, that it looked like a door to the residence was kicked in, and that this may be a burglary. Mr. Brown was asked to step out of his vehicle due to the possibility that he could be armed, dangerous, and a burglar. Mr. Brown stepped out of his vehicle and complied with a pat-down of his person. It immediately became apparent to Sgt. Bailey that Mr. Brown had a semi-automatic handgun in the front pocket of his hooded sweatshirt. Sgt. Bailey informed Officer Wallace in code, that he felt a weapon on Mr. Brown. Sgt. Bailey recovered the firearm from Mr. Brown’s pocket, cuffed him from behind, and placed him under arrest. A search incident to arrest also revealed cocaine, heroin, and a digital electronic scale. In short, Mr. Brown was an Oldsmobile full of felonies.

Mr. Brown was charged with Carrying a Concealed Weapon, Having Weapons While Under Disability, Improperly Handling Firearms in a Motor Vehicle and Possession of Heroin.

Mr. Brown filed a Motion to Suppress, and the trial court denied his motion.  He plead no contest and was sentenced to seven years in prison.  Mr. Brown appealed to the Seventh District Appellate Court claiming that Sgt. Bailey did not have reasonable suspicion to detain Mr. Brown or pat him down.  The Seventh District Appellate Court overruled Mr. Brown’s Motion to Suppress as it held “The officers properly asked Appellant to step out of his vehicle due to the possibility that he could be armed, dangerous, and a burglar. In addition, competent, credible evidence exists to show that the officers had a reasonable, articulable suspicion to perform a Terry pat-down search of Appellant.”.

Information for this article was obtained from State v. Brown, 2021 – Ohio – 2853 and news articles about the triple homicide.

Because it is a “less demanding” standard, “reasonable suspicion” can be established with information that is different in quanity or content than that required to establish probable cause.  Alabama v. White, 496 U.S. 325, 330 (1990)

Although a mere hunch does not create reasonable suspicion, the level of suspicion the standard requires considerably less than proof of wrongdoing by a preponderance of the evidence, and obviously less than is necessary for probable cause. Prado Navarette v. California, 572 U.S. 393, 397 (2014)

The standard depends on the factual and practical considerations of everyday life on which reasonable and prudent men, not legal tacticians, act.  Prado Navarette v. California, 572 U.S. 393, 402 (2014)

There is no singular definition for reasonable suspicion, and I do not believe the courts should create one.  The innumerable number and various law enforcement encounters should not be specifically defined by the courts.  The lawyers and judges recognize this too and have done well to create specifically ambiguous definitions of reasonable suspicion.

In this case the Youngstown officers identified the factors that created reasonable suspicion, such as illegally parked car, the front door of 702 Pasadena Avenue was kicked in, a television was in the backseat and Mr. Brown’s inability to prove he lived in the house.  This case turned on these factors and the officers’ attentiveness to document each.