Did Mr. Singh have an Abrupt and Inexplicable English Deficiency ONLY after he was a given a Miranda Warning?

Or did he Not Understand English the Whole Time?

The officer asked Singh if he understood English, and Singh confirmed that he did. The officer then told Singh to let him know if he did not understand what was happening or what was being said. However, Singh never suggested he had difficulty understanding what the officer was saying. Instead, Singh stated that he understood his rights, and also nodded his head indicating that he understood each right as the officer read them. Singh communicated with the officer in English and at all times responded appropriately to the officer’s questions … [W]e find that the trial court properly denied Singh’s motion to suppress because Singh’s waiver was made voluntarily, intelligently, and knowingly.

On Thursday April 25, 2019, Ms. Nita Colburn, a 70-year-old-grandmother, drove her adult daughter and two minor great grandchildren to the emergency room of the Atrium Medical Center in Middletown, Ohio, so that the adult daughter could receive medical attention for an illness. The court described the complex family dynamics in a footnote in the Singh case as follows: “The familial relationship between the parties is somewhat complicated, but has no legal impact on the appeal. Thus, for ease of discussion, we will refer to the 70-year-old woman as “Grandmother” and will refer to the two children, who are brother and sister, as “the children.”

Ms. Colburn drove her car to the front of the emergency room entrance and left it running with the two children inside while she escorted her daughter inside the emergency room. The children, a ten-year-old girl, Skylar, and an eight-year-old boy, Chance, noticed a man sitting near the entrance of the emergency room, later identified as Mr. Dalvir Singh. Mr. Singh, a heroin addict, had also arrived at the Atrium Medical Center for medical treatment.  However, instead of medical treatment he decided to commit a series of felonies that would result in a decade of incarceration and emotional scars on young children for countless years. 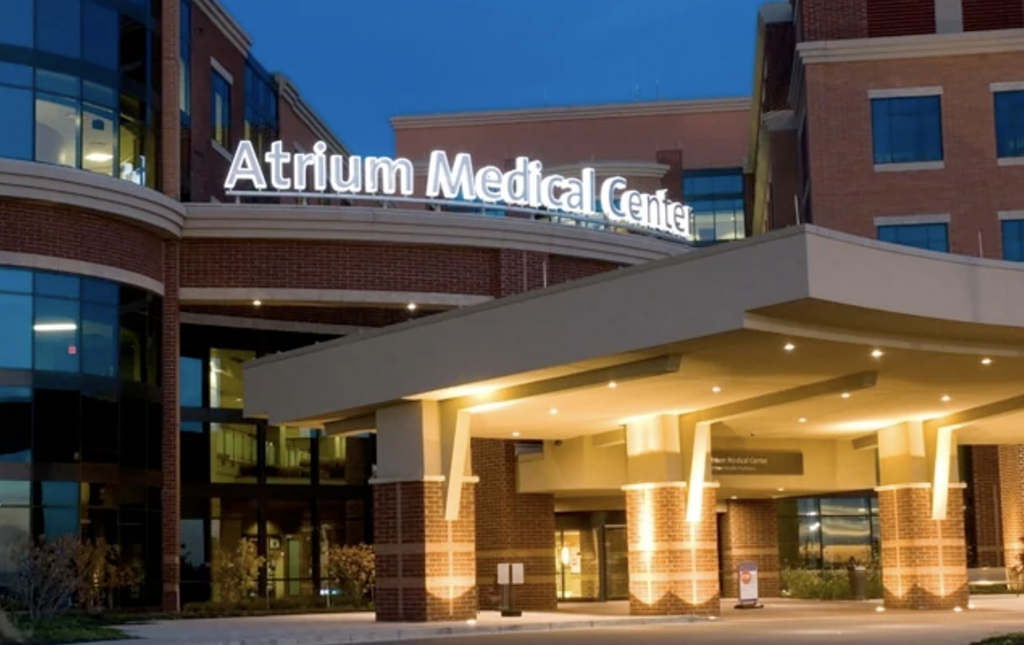 Atrium Medical Center is located in Middletown, Ohio.  Ms. Colburn left her car running outside of the Emergency Rooms doors and Mr. Singh took off in the car with two children inside.

Within ten seconds of Ms. Colburn exiting the car, Mr. Singh walked over to the running car, opened the driver’s side door, tossed his bag inside the car, and entered the car. He looked at the children in the backseat and spoke to them in a language that they did not understand. Chance removed his seatbelt and moved closer to Skylar, and Mr. Singh instructed the children to exit the vehicle. However, Skylar was unable to hurriedly unbuckle her seatbelt. Chance helped his sister remove her seatbelt and climbed over her lap to open the door nearest her. As Chance tried to help Skylar out of the car, Mr. Singh grabbed ahold of the Skylar’s clothing in an attempt to keep her in the car while he drove away. After a struggle, Chance was able to pull Skylar from the moving car. Both children fell out of the car onto the pavement.

During this time, Ms. Colburn observed Mr. Singh driving away in her car and could hear the children screaming for help. She ran after the car and grabbed onto the driver’s side door, shouting and banging on the window. Though she was able to open the door somewhat, Mr. Singh pulled it shut and continued to flee. Not able to keep up with the fleeing car, Ms. Colburn was forced to let go after approximately forty yards, falling to the ground and incurring injuries.

Mr. Singh drove away and was stopped at Nelbar Street and Atco Avenue by Middletown Police Officer Connor Kirby and Officer P.R. Engleka, which was captured on cruiser cameras.  The intersection is approximately six miles from the Atrium Medical Center Emergency Room door. 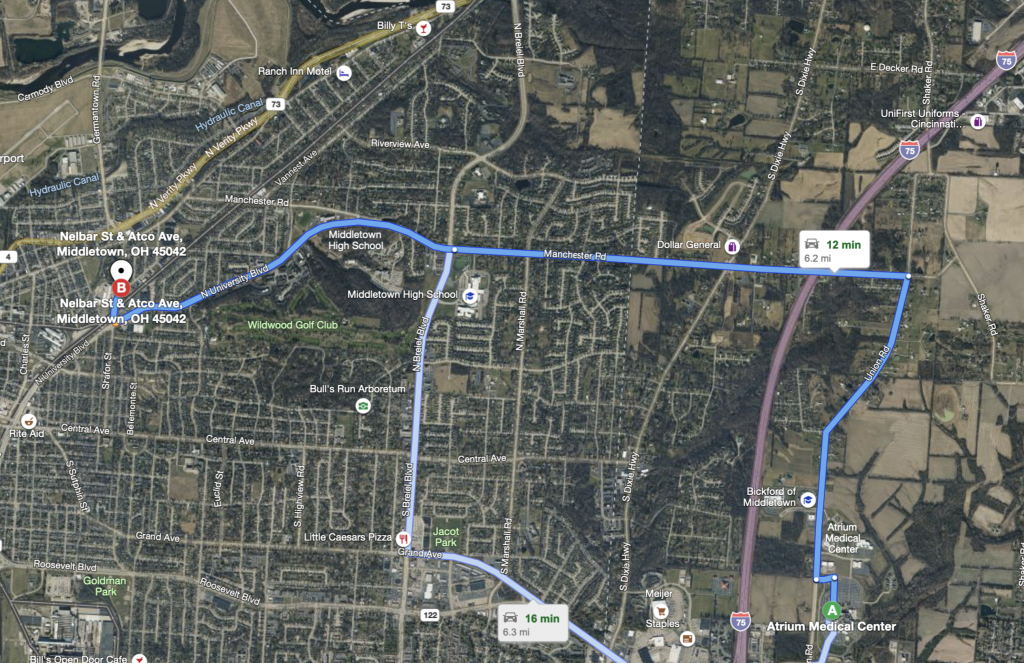 Mr. Singh’s last dash of freedom for about a decade lasted just a few minutes following his kidnapping attempt of Skylar and Chance from the Atrium Medical Center Emergency Rooms doors.

Upon investigative detention, Mr. Singh was read Miranda and stated he understood.  At the conclusion of the Miranda recitation, Mr. Singh stated “I feel sorry.”.  The officers asked Mr. Singh if he understood English and he acknowledged that he did. Throughout the interaction Mr. Singh communicated with the officers and did not have any challenges understanding what was occurring.  Mr. Singh would center his appeal on the grounds that he did not speak English following the reading of Miranda. He argued that his statements made in English, following the Miranda warning, were to be suppressed.

Mr. Singh was charged with Robbery, Kidnapping and No Operator’s License.

Mr. Singh pled not guilty and filed a motion to suppress his statements, which was denied by the trial court. Mr. Singh waived his right to a jury, and the matter proceeded to a bench trial where the court found Mr. Singh guilty of the charges. The trial court sentenced Mr. Singh to consecutive and indefinite sentences totaling 10 to 11-and-one-half years in prison.

Mr. Singh appealed his conviction based on his inability to understand English following the recitation of Miranda.  The Twelfth District Appellate Court evaluated Mr. Singh’s claim of not understanding English “During the second interaction, which occurred after Singh was apprehended, the officer spoke with Singh again and explained to him what was happening. The officer asked Singh if he understood English, and Singh confirmed that he did. The officer then told Singh to let him know if he did not understand what was happening or what was being said. However, Singh never suggested he had difficulty understanding what the officer was saying. Instead, Singh stated that he understood his rights, and also nodded his head indicating that he understood each right as the officer read them. Singh communicated with the officer in English and at all times responded appropriately to the officer’s questions. For example, when the officer asked Singh who was in the vehicle when he drove it away, Singh indicated that there were two children in the backseat. Singh also told the officer that he took the vehicle to drive it.  After being read his rights, Singh stated, “I feel sorry.” While Singh argues that his statement was an indication that he did not understand what he was being discussed, the record indicates that Singh’s statement was an attempt to display remorse, rather than confusion. In an abundance of caution, the officer again advised Singh of his rights and sought clarification if Singh wanted to speak to him. After being advised of his rights a second time, Singh indicated his desire to speak with the officer in accordance with his voluntary waiver. While Singh also argues that he was “ill” from his heroin addiction, such did not render his waiver involuntary. The video of Singh’s encounter with the officer does not indicate that Singh was under the influence of heroin. Nor is there an indication that his thinking was unclear or that he was confused or behaving irrationally when talking to the officer. Moreover, the officer testified that he interacts with “dope sick” individuals on a regular basis as part of his police duties, and that in his experience, Singh was not affected by his heroin addiction at the time of his waiver. Such testimony is supported by the video recording.”.

Consequently, the Twelfth District Appellate Court held “[W]e find that the trial court properly denied Singh’s motion to suppress because Singh’s waiver was made voluntarily, intelligently, and knowingly.”.  Both the trial court and appellate court determined that Mr. Singh feigned his lack of English and his convictions for Roberry and Kidnapping were upheld.

The appellate court did remand [send back] the case to the trial court for re-sentencing because when the trial court sentenced Mr. Singh “[T]o consecutive and indefinite sentences totaling 10 to 11-ands-one-half years in prison.”. The trial court judge did not make the proper legal findings for consecutive terms.

Information for this article was obtained from State v. Singh, 2021 – Ohio – 2158 and numerous news articles from Journal News website.

This case was issued by the Twelfth District Appellate Court of Ohio, which is binding in Brown, Butler, Clermont, Clinton, Fayette, Madison, Preble and Warren Counties.

Mr. Singh’s Ohio Department of Rehabilitation and Corrections link.  https://appgateway.drc.ohio.gov/OffenderSearch/Search/Details/A777684. There is no reports that Mr. Singh needs an interpreter at the Pickaway Correctional Institution.

Does your agency train on Miranda Doctrine?