Can Living Under A Bridge Down by the River Establish Co-Habitation for Purposes of Domestic Violence?

[E]ven under these non-traditional facts and circumstances, we find the State presented sufficient evidence establishing the family-or-household- member element of the domestic violence charge.

On Saturday May 30, 2020, Mr. Joseph Sturgell severely beat his girlfriend under the Washington Street Bridge in Dayton, Ohio, while they were arguing about Mr. Sturgell’s drug use.

Mr. Sturgell repeatedly beat his girlfriend under this bridge.  The couple did not have a traditional residence which is the central legal issue in this case. 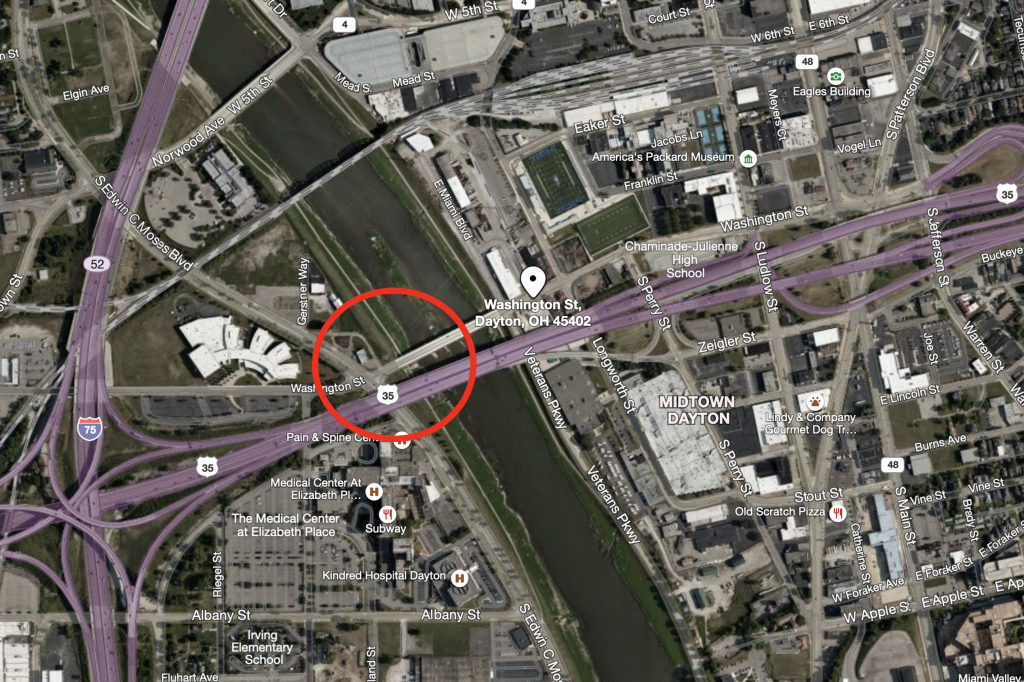 The Washington Street Bridge is located in downtown Dayton, Ohio adjacent to the Great Miami River.

The case went to trial, Mr. Sturgell was convicted of Domestic Violence and sentenced to 180 days in jail with 10 days suspended and 30 days of credit for time served. For the remaining 140 days, the trial court ordered Mr. Sturgell to serve 90 days in jail and 50 days on house arrest via the electronic home detention program. How the homeless Mr. Sturgell is to serve ANY time on ‘electronic home detention’ is legal fiction. The trial court also ordered Mr. Sturgell to serve one year of basic, supervised probation, as well as to undergo a drug and alcohol evaluation, to complete the Stop the Violence program, and to have no contact with the victim.

Mr. Sturgell appealed and raised a single assignment of error, specifically challenging his conviction for domestic violence under R.C. 2919.25(A), which provides that: “No person shall knowingly cause or attempt to cause physical harm to a family or household member.” A “family or household member” is defined, in relevant part, as “a spouse, a person living as a spouse, or a former spouse of the offender” who “is residing or has resided with the offender.” R.C. 2919.25(F)(1)(a)(i). A “person living as a spouse” is defined as “a person who is living or has lived with the offender in a common law marital relationship, who otherwise is cohabiting with the offender, or who otherwise has cohabited with the offender within five years prior to the date of the alleged commission of the act in question.” R.C. 2919.25(F)(2).

The Second District Appellate Court upheld Mr. Sturgell’s conviction and held “Therefore, even under these non-traditional facts and circumstances, we find the State presented sufficient evidence establishing the family-or-household- member element of the domestic violence charge.”.

This case was issued by the Second District Appellate Court of Ohio and is binding in Champaign, Clark, Darke, Greene, Miami and Montgomery Counties.

Does your agency train on Domestic Violence?