Can a Law Enforcement Officer Handcuff a Suspect During Investigative Detention?

Maybe, kind-a sort of, not always … but sometimes. 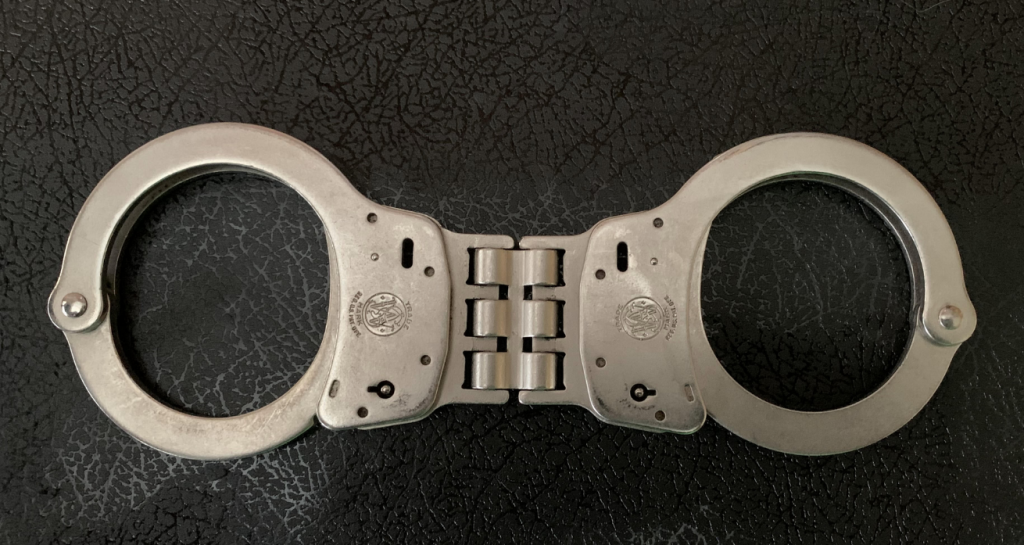 Recently I posted an article about the recent Sixth Circuit Appellate Court case Hughey v. Easlick, No. 20 – 1804 (2021).  The case identified the Sixth Circuit three prong test to evaluate a claim against law enforcement for excessive force due to handcuffing.

In order to detain a suspect, the officer must have reasonable suspicion that the person is involved in criminal activity.  Terry v. Ohio, 392 U.S. 1 (1968).  But the right to detain a suspect does not permit law enforcement to handcuff the suspect every time.  So what factors permit law enforcement to handcuff a detained suspect who is not under arrest? The Sixth Circuit Appellate Court addressed these factors with negative language in 2015 “If there is no specific reason for the officers to believe that the detainee poses a risk of flight or violence, “a bare inference” or speculation that the detainee may somehow be violent is not sufficient to justify the use of handcuffs. Brown v. Lewis, 14 – 392 (6th Cir. February 26, 2015).  Consequently, the two factors that WILL permit law enforcement to handcuff during an investigative detention is risk of flight or risk of violence.

My experience of pre-flight indicators include:

My experience of suspects who exhibit pre-violence indicators include:

If a suspect exhibits some of these aforementioned clues during a lawful investigative detention a law enforcement officer may handcuff the suspect until probable cause to arrest is established or the reasonable suspicion dissipates, and the suspect is released. Of course, there are other factors that a suspect may exhibit prior to flight or violence.  The key is for law enforcement to articulate the reasoning for handcuffing a detained suspect.

The Sixth Circuit Appellate Court has previously held that use of handcuffs during an investigative detention is lawful so long as some of the aforementioned factors are met.

“We hold that, given the arrestee’s resistance and general noncompliance, Swoap did not violate the Fourth Amendment when he applied handcuffs without checking for tightness and double locking at the moment of arrest.”  Getz v. Swoap, 833 F.3d 646, 654 (6th Cir 2016).

The Ohio Tenth District Appellate Court provided a detailed explanation as to why two Columbus Police Officers could handcuff a suspect during an investigative detention in 2008:

Using handcuffs as a method of detaining defendant and the driver served the purpose of preventing flight during the investigatory stop. Thus, the use of the handcuffs was a reasonable restraint on defendant’s liberty in view of the circumstances that provided the basis for the investigatory stop. Therefore, we conclude that the initial detention of defendant, which included the use of handcuffs, did not constitute an arrest and was constitutionally valid. State v. Carl A. Davis, Jr. 2008-Ohio-5756, November 6, 2008.

Does your agency train on handcuffing?