Can the Community Caretaking Doctrine Permit Law Enforcement to Cross the Threshold of a Residence?

Ed had a very special coffee mug that created so much marital discord, the dispute had to be eventually settled by the U.S. Supreme Court! 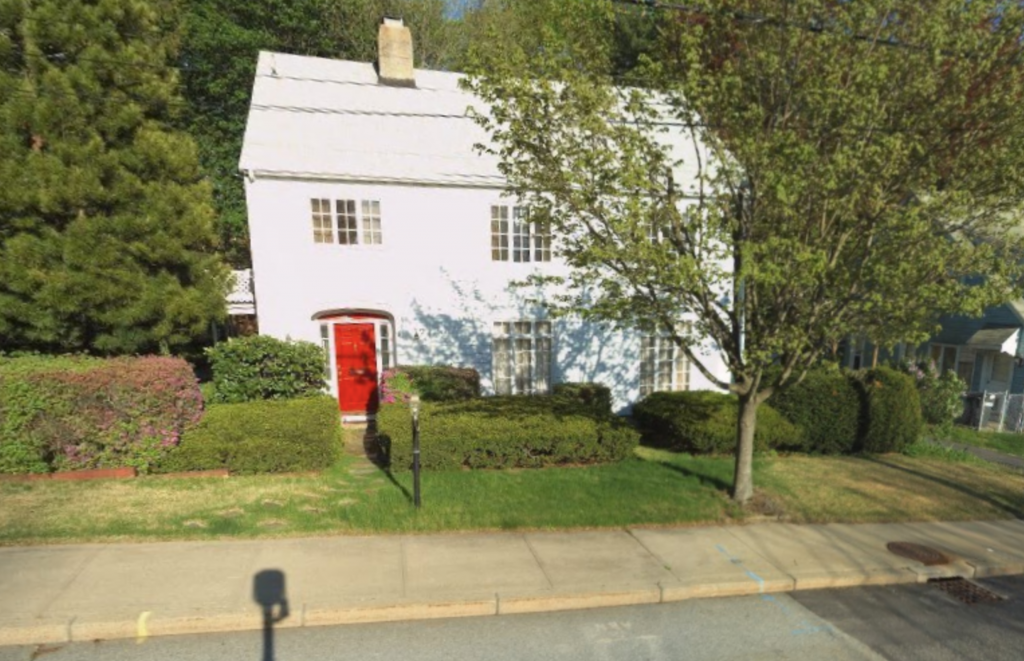 The Caniglia home at 2300 Cranston Street in Cranston, Rhode Island, where the coffee mug discord began.

On Thursday August 20, 2015, marital discord erupted at the residence.  The discord, a word used by the court, began as an argument over a coffee cup. During the disagreement, Mr. Caniglia retrieved a handgun from the bedroom — a handgun that, unbeknownst to Mrs. Caniglia in that moment, was unloaded. Mrs. Caniglia initially maintained that Mr. Caniglia also brought out a magazine for the gun, but she subsequently stated in a deposition that she only remembered his retrieval of the handgun. Throwing the gun onto the dining room table, Mr. Caniglia said something like “shoot me now and get it over with.” Although Mr. Caniglia suggests that this outburst was merely a “dramatic gesture,” Mrs. Caniglia took it seriously.  Interesting that not until Mr. Caniglia became a plaintiff against the law enforcement officers, did he describe his behavior worthy of an Academy Award.  Mrs. Caniglia was worried about her husband’s state of mind, even after he had left to “go for a ride,” she returned the gun to its customary place and hid the magazine. Mrs. Caniglia also decided that she would stay at a hotel for the night, if Mr. Caniglia had not calmed down when he returned. Mrs. Caniglia began to pack a bag. Evidently Mrs. Caniglia did not interpret Mr. Caniglia’s behavior as a ‘dramatic gesture’.

Mr. Caniglia returned for his ride, sparked a second spat, it is undetermined if the coffee cup mug dispute remained at the center of the discord or if there was a different subject for round two of discord. This time, Mrs. Caniglia departed to spend the night at the Econo Lodge Hotel. When Mrs. Caniglia spoke to Mr. Caniglia by telephone that evening, he sounded upset and “[a] little” angry. Must have been a very special coffee mug. 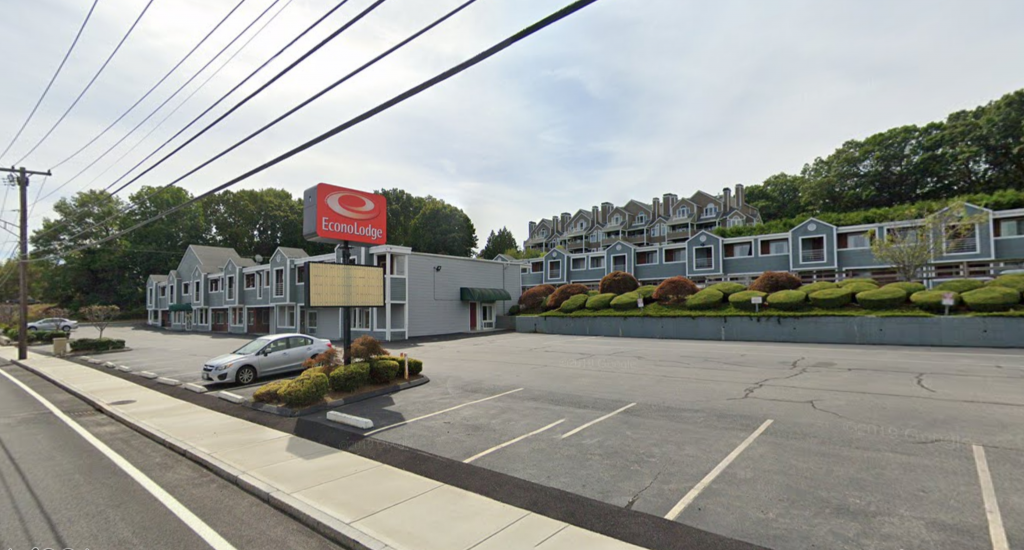 Mrs. Caniglia spent the night at this hotel because she thought her husband Edward Caniglia was homicidal or suicidal.

The next morning, Mrs. Caniglia had breakfast at the Scrambler Restaurant but was unable to reach her husband by telephone.

Concerned that he might have committed suicide or otherwise harmed himself, she called the Cranston Police Department (CPD) on a non-emergency line and asked that an officer accompany her to the residence. Mrs. Caniglia said that her husband was depressed and that she was “worried for him.” She also said that she was concerned “about what [she] would find” when she returned home.

Soon thereafter, Officer John Mastrati met with Mrs. Caniglia. She recounted her arguments with the Mr. Caniglia the previous day, his disturbing behavior and statements, and her subsequent concealment of the magazine. At some point during this discussion, Mrs. Caniglia mentioned that the handgun her husband produced the previous day had not been loaded. The record contains conflicting evidence about whether Mrs. Caniglia told the officers that Mr. Caniglia brought out the magazine in addition to the unloaded handgun. Although Mrs. Caniglia made clear that she was not concerned for her own safety, she stressed that, based on her fear that her husband might have committed suicide, she was “afraid of what [she] would find when [she] got home.”

Officer Mastrati then called Mr. Caniglia, who said that he was willing to speak with the police in person. By this time, Sergeant Brandon Barth and Officer Wayne Russell and Officer Austin Smith had arrived on the scene. The four officers went to the residence and spoke with Mr. Caniglia on the back porch while Mrs. Caniglia waited in her car. Mr. Caniglia corroborated Mrs. Caniglia account, stating that he brought out the firearm and asked his wife to shoot him because he was “sick of the arguments” and “couldn’t take it anymore.” When the officers asked him about his mental health, he told them “that was none of their business” but denied that he was suicidal. Officer Mastrati subsequently reported that the Mr. Caniglia “appeared normal” during this encounter, and Officer Russell described Mr. Caniglia’s demeanor as calm and cooperative. This appraisal, though, was not unanimous: Sergeant Barth thought the plaintiff seemed somewhat “[a]gitated” and “angry,” and Mrs. Caniglia noted that he became “very upset” with her for involving the police.

The ranking officer at the scene, Sgt. Barth, determined, based on the totality of the circumstances, that Mr. Caniglia was imminently dangerous to himself and others. After expressing some uncertainty, the Mr. Caniglia agreed to be transported by ambulance to a nearby hospital for a psychiatric evaluation. Mr. Caniglia claims that he only agreed to be transported because the officers told him that his firearms would not be confiscated if he assented to go to the hospital for an evaluation. But the record contains no evidence from any of the four officers who were present at the residence suggesting that such a promise was made.

At some point that morning, someone, the record is unclear as to whether the “someone” was Mr. or Mrs. Caniglia, informed the officers that there was a second handgun on the premises. After Mr. Caniglia departed by ambulance for the hospital, unaccompanied by any police officer, Sgt. Barth decided to seize these two firearms. A superior officer, Captain Russell Henry, approved that decision by telephone. Accompanied by Mrs. Caniglia, one or more of the officers entered the house and garage, seizing the two firearms, magazines for both guns, and ammunition. Mrs. Caniglia directed the officers to each of the items seized. The parties dispute both whether Mrs. Caniglia indicated that she wanted the guns removed and whether the officers secured her cooperation by telling her husband had consented to confiscation of the firearms. There is no dispute, though, that the officers understood that the firearms belonged to Mr. Caniglia and that he objected to their seizure.

Mr. Caniglia was evaluated at Kent Hospital but not admitted as an inpatient. In October of 2015 — after several unsuccessful attempts to retrieve Mr. Caniglia’s firearms from Cranston Police — Mr. Caniglia’s attorney formally requested their return. The firearms were returned in December 2015. Cranston Police never prevented the Mr. Caniglia from obtaining other firearms at any time. Nor did the events at issue involve any criminal offense or investigation.

Prior to the firearms being returned, Mr. Caniglia filed a federal lawsuit under 41 U.S.C. § 1983 Deprivation of Federal Civil Rights claiming that Cranston Police officers had entered his home and seized his firearms without a warrant in violation of the Fourth Amendment.

The district court granted Summary Judgment and the First Circuit Appellate Court affirmed.  Both courts decided that the Cranston Police officers entered the home lawfully, under the Community Caretaking Doctrine.  Mr. Caniglia appealed and the U.S. Supreme Court.  The U.S. Supreme Court in a nine to zero decision, determined that the entry into the Caniglia home was unlawful, “What is reasonable for vehicles is different from what is reasonable for homes. Cady acknowledged as much, and this Court has repeatedly “declined to expand the scope of . . . exceptions to the warrant requirement to permit warrantless entry into the home.” Collins, 584 U. S., at ___ (slip op., at 8). We thus vacate the judgment below and remand for further proceedings consistent with this opinion.”.

Does your agency train on Community Caretaking Doctrine?