Can a Suspect Be Seized and Fleeing AT THE SAME TIME?

We hold that the application of physical force to the body of a person with intent to restrain is a seizure even if the person does not submit and is not subdued. [emphasis added] 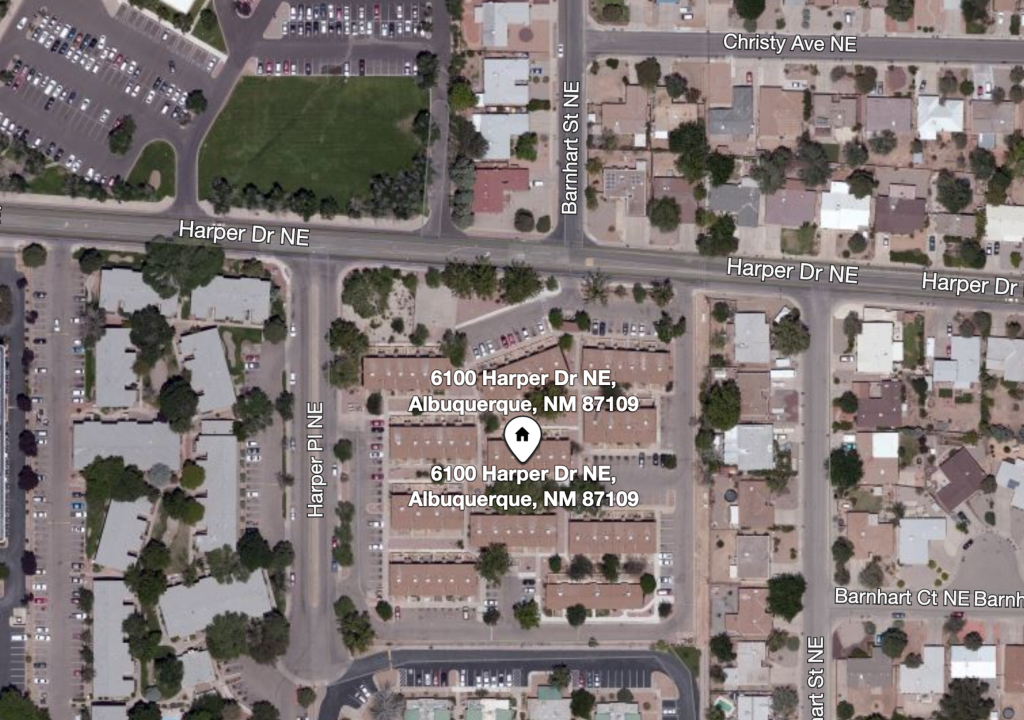 Apartment Complex in Albuquerque, New Mexico –  6100 Harper Northeast where Ms. Roxanne Torres was on a Meth bender and fled from law enforcement.

The officers were wearing marked tactical clothing and came across Felon Emeritus Ms. Roxanne Torres.  Following this incident Ms. Torres stated she was in the midst of Methamphetamine withdrawal, which will be important in the events that follow. Ms. Torres was inside a Black and White, Toyota FJ Cruiser. The officers approached and were standing on either side of the vehicle and attempted to open the car door which was locked.   Ms. Torres claimed she believed she was being car-jacked so she abruptly fled.  She continued driving over a curb, across some landscaping, and into a street, eventually colliding with another vehicle.

Though the officers were not standing the path of the vehicle, they fired thirteen shots from their handguns at Ms. Torres as she fled away from them.  Ms. Torres was struck twice in the back which temporarily paralyzed her left arm.  Ms. Torres stopped in a nearby parking lot and stole a white Kia.  She would then travel over eighty miles west in the stolen Kia to Cibola General Hospital in Grants, New Mexico.  She was initially treated for her gunshot wounds and then airlifted back to a hospital in Albuquerque, New Mexico where she was arrested the next day and charged with fleeing, Aggravated Assault on a Peace Officer and unlawfully taking of a vehicle.  Ms. Torres then plead no contest. 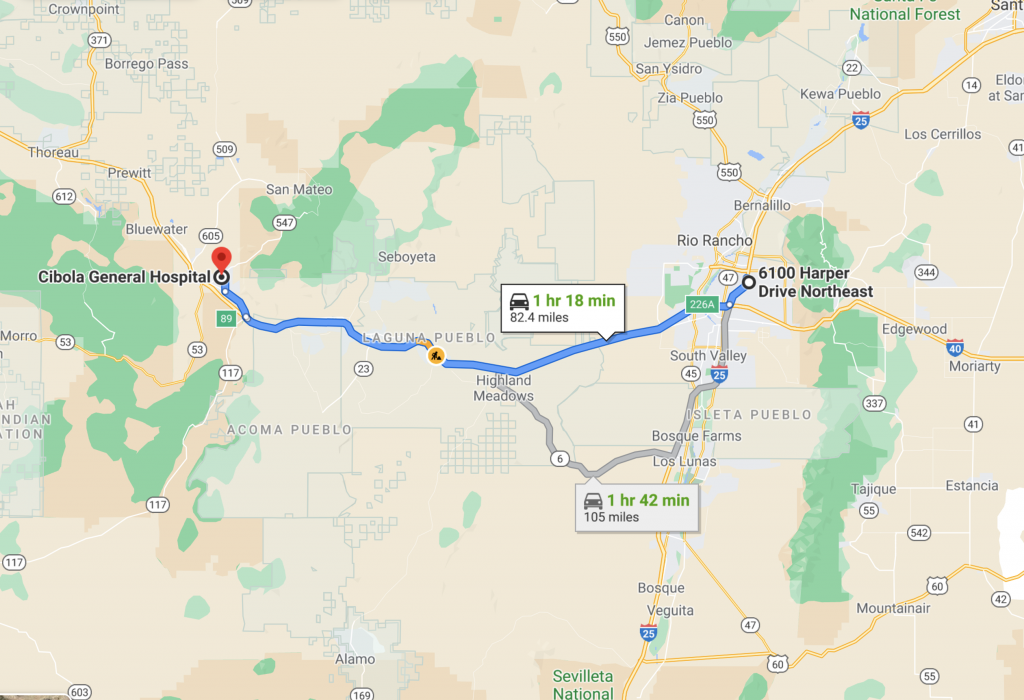 After being shot, Ms. Torres drove over eighty miles to a rural hospital only to be flown back to Albuquerque for medical treatment.

Ms. Torres filed a Deprivation of Federal Civil Rights 1983 claim.  She alleged that the officers violated her Fourth Amendment rights as she was seized at the moment the bullets struck her.  Interestingly, both Ms. Torre’s lawyers and the lawyers representing the officers relied on the same case as precedent but argued it in different ways.  That case was California v. Hodari D. 499 U.S. 621 (1991).  The decision was crafted by Justice Antonin Scalia and that case held “To constitute a seizure of the person … there must be either the application of physical force, however slight, or, where that is absent, submission to an officer’s show of authority, to restrain the subject’s liberty.”.

The issue: Was Ms. Torres seized at the moment a bullet entered her body?  Ms. Torres argued that once force was used, she was seized under the Fourth Amendment, even if she did not submit to the force or was restrained.

Or was she not seized because she was never physically controlled?  The officers argued that if she was not physically seized, she could not successfully sue them for an unreasonable seizure.

The U.S. Supreme Court, in a five to three decision [Justice Amy Coney Barrett did not take part because she was not on the court when it was presented] sided with Ms. Torres; “We hold that the application of physical force to the body of a person with intent to restrain is a seizure even if the person does not submit and is not subdued.”.   So YES[!], a suspect can be seized and fleeing at the same time!

This case will be remanded [sent back] to the entry level federal district court.  There Ms. Torres may still lose because that court may find that even though she was seized the seizure was reasonable. Of course the court could alternatively find in favor of Ms. Torres and find that the seizure was unreasonable.  What does remain unresolved is whether Felon Emeritus Torres will arrive at court lawfully or will she have to steal a car?

Does your agency train on seizing suspects without touching them?