Did Lamar Have a Right of Privacy Inside of a Hospital Room He No Longer Occupied?

Or Could Law Enforcement Use the Plain View Doctrine?

The seizure of Clancy’s bloodied clothing readily satisfies the plain-view exception … And even if Clancy did maintain a reasonable expectation of privacy in his hospital room during treatment, remember that the officers seized his clothing after medical personnel airlifted him away. There is no reason to think his privacy expectation would persist after he left the hospital and medical personnel began preparing the room for new patients.

On December 8, 2017 Mr. Lamar Clancy and a co-conspirator designed a plan to rob a Boost Mobile store at 4684 Millbranch Road, Memphis, Tennessee.  The plan omitted one significant detail that would lead to his injuries and conviction.

Boost Mobile store, 4684 Millbranch Road, Memphis, Tennessee.  This was the scene where Mr. Lamar Clancy and a co-conspirator attempted a robbery.

Mr. Clancy robbery clothes included a “[w]hite hoodie”and “red pants…[with] white letters,” along with “red shoes, [a] black mask, black gloves,” and had a “silver gun.” His co-conspirator wore “a black hoodie, black pants,” a “black mask,” and carried a gun too. Entering the store, the robbers found the store’s manager standing behind the counter with two other employees. Clancy pointed his weapon and said: “You know what time it is.” Within seconds, the manager heard shots ring out. He and another employee grabbed their own guns and reflexively returned fire. Bullets flew, glass shattered, the robbers fled. “By the time I hit that door,” said one customer, “it was like cowboys and Indians.” One employee took a shot to the knee. The manager emerged unscathed. Not so for Mr. Clancy. This is the one significant detail overlooked by Mr. Clancy and his co-conspirator.  The predators of this robbery failed to plan for the Boost employees to also be presently armed and prepared to defend themselves. 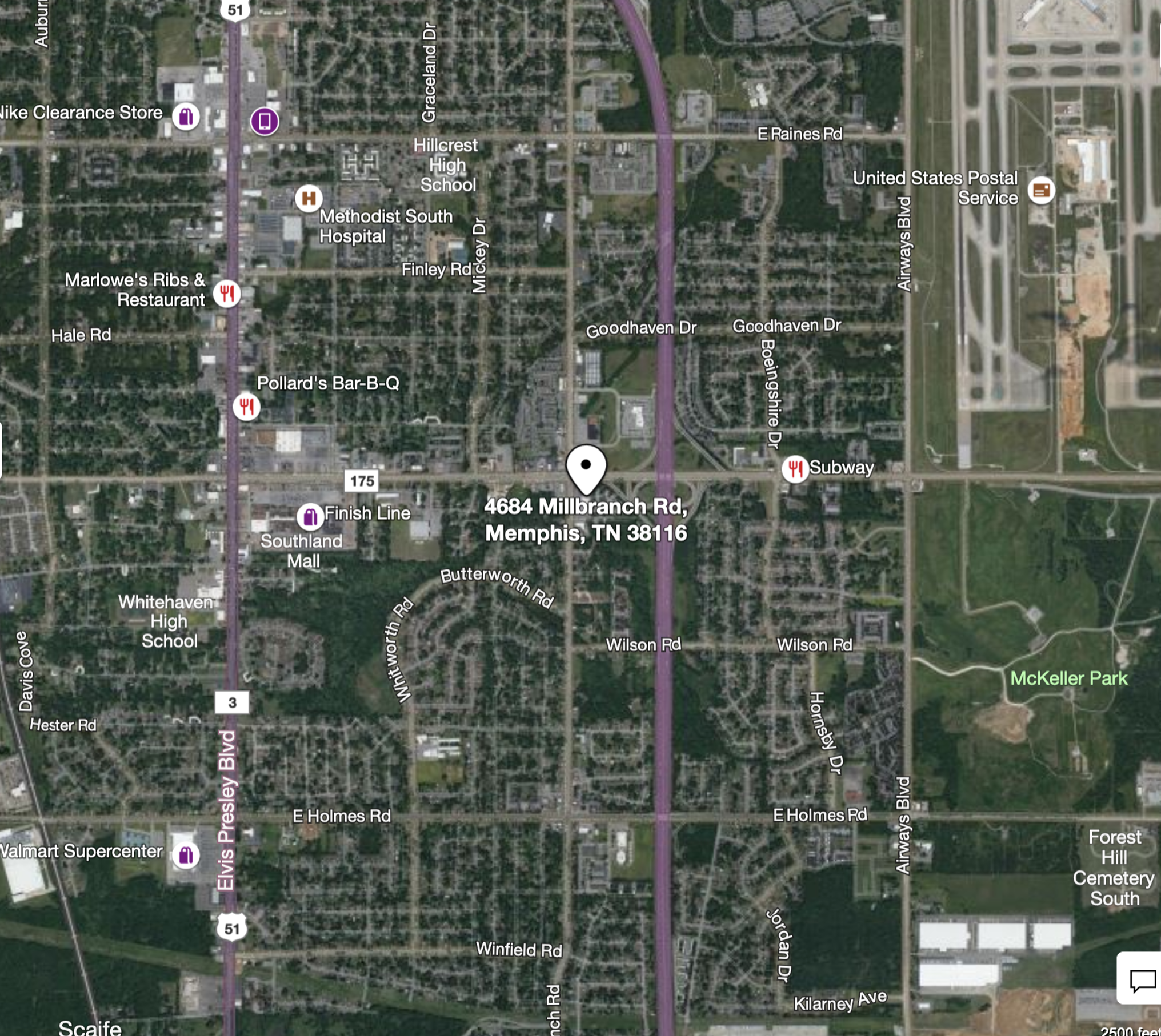 Within fifteen minutes of the robbery, a car pulled up to Methodist South Hospital. Two men dressed in black got the attention of an emergency technician, who found Mr. Clancy laying across the backseat with a gunshot wound to the arm. Once hospital workers rolled him into the trauma room, the two other men left. Mr. Clancy wore a “white, light-color jacket,” “red pants with a white…lettering,” “red” shoes, and a black glove. Once he made it to the trauma room, medical personnel stripped off his clothes and piled them on the floor.

Mr. Clancy’s co-conspirator drove him to the Methodist South Hospital, 1300 Wesley Dr, Memphis, Tennessee. Following his initial treatment Mr. Clancy was transferred to another hospital and left his bloodied robbery clothes behind.  Less than three years later this emergency room would be at the center of a federal court case.

Meanwhile, Memphis Police arrived at the Boost Mobile store. They heard descriptions of the suspects, including the one who wore “red jogging pants with a white stripe,” a white sweatshirt, and a “black ski mask.” Before long, the officers learned that Methodist South had just admitted a shooting victim. Two officers went to the hospital and walked into the emergency department, where they found Mr. Clancy and saw his clothing on the floor, “out in the open” and visible from the hallway outside his room. Red pants with a white stripe. Red Nikes. White sweatshirt. Black ski mask. The clothes raised suspicions.

Hospital staff airlifted Mr. Clancy to another hospital for treatment. After he left, crime scene investigators arrived at Methodist South’s emergency department. They went to the trauma room and found Mr. Clancy’s bloodied clothes in a plastic bag. A crime scene investigator removed the clothes from the bag, then photographed each piece and put them in a paper sack. The Government charged Mr. Clancy with two counts: attempted Hobbs Act robbery, see 18U.S.C.§§1951, and use of a firearm related to a crime of violence, Mr. Clancy filed a Motion to Suppress the clothing as evidence, but the district court denied his motion. Mr. Clancy’s Motion to Suppress was based on his right of privacy of his clothing while in a hospital. Following a trial, the jury found Mr. Clancy guilty on both counts.

Here both the District Court and Sixth Circuit Appellate Court determined that when the officers obtained the clothing the Plain View Doctrine was not violated.  Specific to the first two prongs of Horton the court held “Anyone who has spent time in a hospital knows that emergency department corridors are major arteries filled with doctors, nurses, family members, and visitors alike. The officer who viewed Clancy’s clothes from that vantage point did not violate Clancy’s Fourth Amendment rights by walking these busy halls like everyone else.”.

The court addressed the third prong of Horton when it held “Turn to the incriminating nature of Clancy’s clothes. It’s enough that the officers immediately had probable cause to believe the seized property was evidence of a crime. Hicks, 480 U.S. at 326–28. The police radio broadcast painted a clear picture: red jogging pants with a white stripe, a white sweatshirt, and a black ski mask. That’s just what the officer saw: red jogging pants with a white stripe and a white sweatshirt. More still, he saw the black ski mask, a giveaway that Clancy wasn’t merely a gunshot victim in the wrong place at the wrong time.”.

Mr. Clancy additionally argued that officers did not keep the clothing in constant eyesight.  The court dismissively held “The officers in Clancy’s case stayed at the hospital and waited for the crime scene unit to arrive before returning to the trauma room to bag Clancy’s bloodied clothes. That they didn’t keep eyes on the clothing the entire time doesn’t mean they failed to secure the evidence. A rule to the contrary would turn plain view into a staring contest, not a practical exception to the warrant requirement.”.

Finally the court held “The seizure of Clancy’s bloodied clothing readily satisfies the plain-view exception … And even if Clancy did maintain a reasonable expectation of privacy in his hospital room during treatment, remember that the officers seized his clothing after medical personnel airlifted him away. There is no reason to think his privacy expectation would persist after he left the hospital and medical personnel began preparing the room for new patients.”.

This case was issued by the U.S. Sixth Circuit Court of Appeals and is binding in Kentucky, Michigan, Tennessee and Ohio.