Thomas tried to impersonate Snoop Dogg in Court but Would it Impress the Judge?

When the judge swore Mr. Berrian in, the judge did notice a strong odor of burnt marijuana emanating from the defendant.

On Tuesday July 31, 2018 Columbus Police Officer Ryan Dingfelder was dispatched to 593 South Oakley Avenue. The police dispatcher advised the officer, via radio transmission and “patrol view” computer readout, that a known caller, who provided his name and phone number, said a man was waving a gun around and pointing it at him. 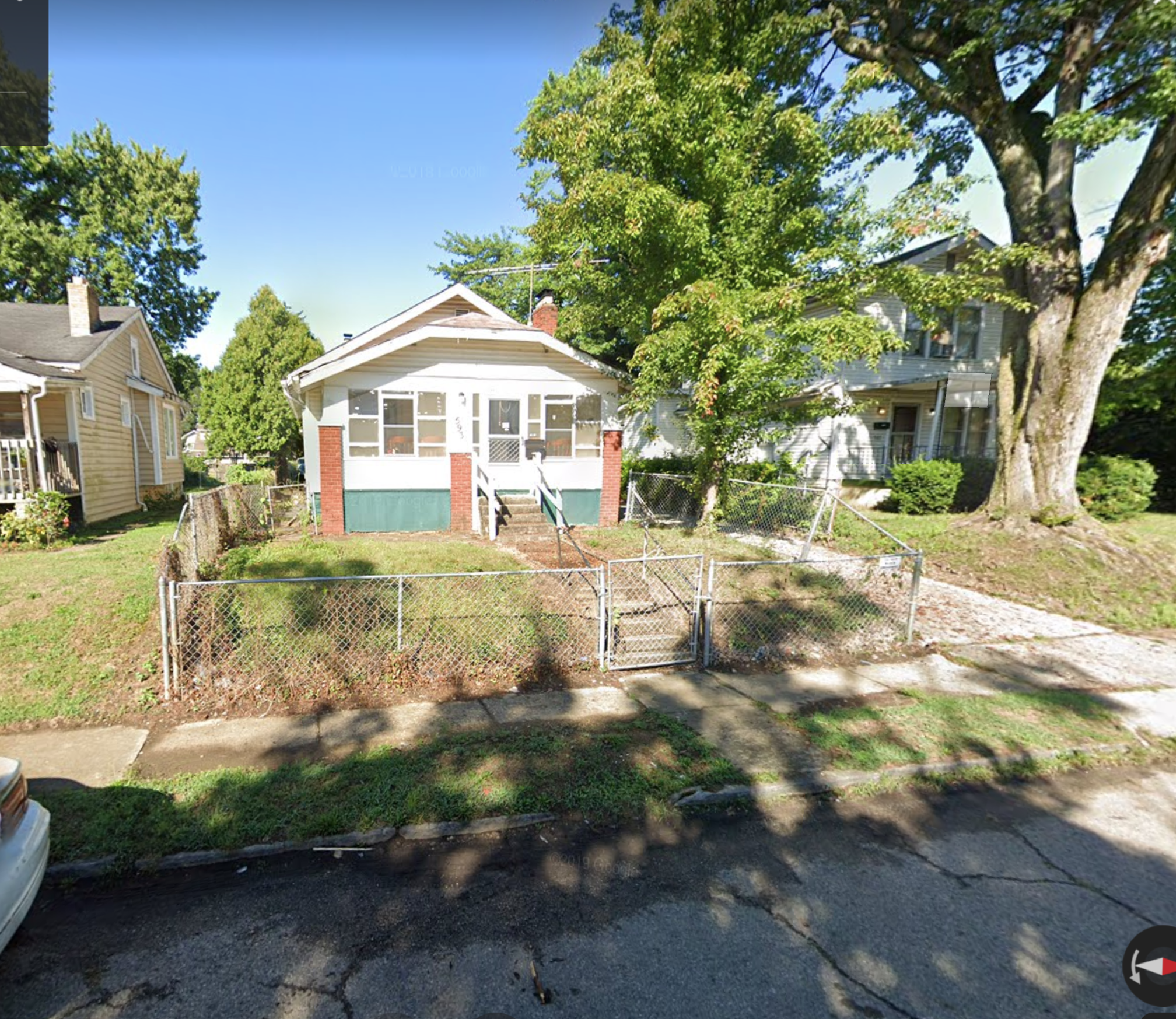 When Officer Ryan Dingfelder arrived there were officers here, out front, so he rightfully decided to go to the rear of the house.  Ultimately he found Thomas Berrian, a firearm and an appellate decision.

Dispatch described the suspect as a five-foot-tall black male wearing a black-and-white-striped shirt. Officer Dingfelder stated that when he arrived on the scene, there were already other officers in front of 593 South Oakley Avenue, so he decided to check the alley to the rear of the residence. He drove past the residence, turned on a side street and then began to turn into the alley. In the alley behind the residence, he saw two men talking. One was a short black man, about five feet tall, wearing a black-and-white-striped shirt, who matched the original description provided by the dispatcher. As Officer Dingfelder pulled into the alley, the men looked at the cruiser, got the deer-in-the-headlight look and departed from each other.  Spoiler alert – this is a clue.

The male, later identified as Mr. Thomas Berrian, was wearing the striped shirt, walked toward 593 South Oakley Avenue entered via the rear gate.  Anytime two persons of interest stare at a police cruiser or police officer, get the deer-in-the-headlight look and depart from one another, they are up to criminal activity.  Though law enforcement officers know this behavior is indicative of criminal behavior; reasonable suspicion or probable cause must be established before detaining the person as a suspect. 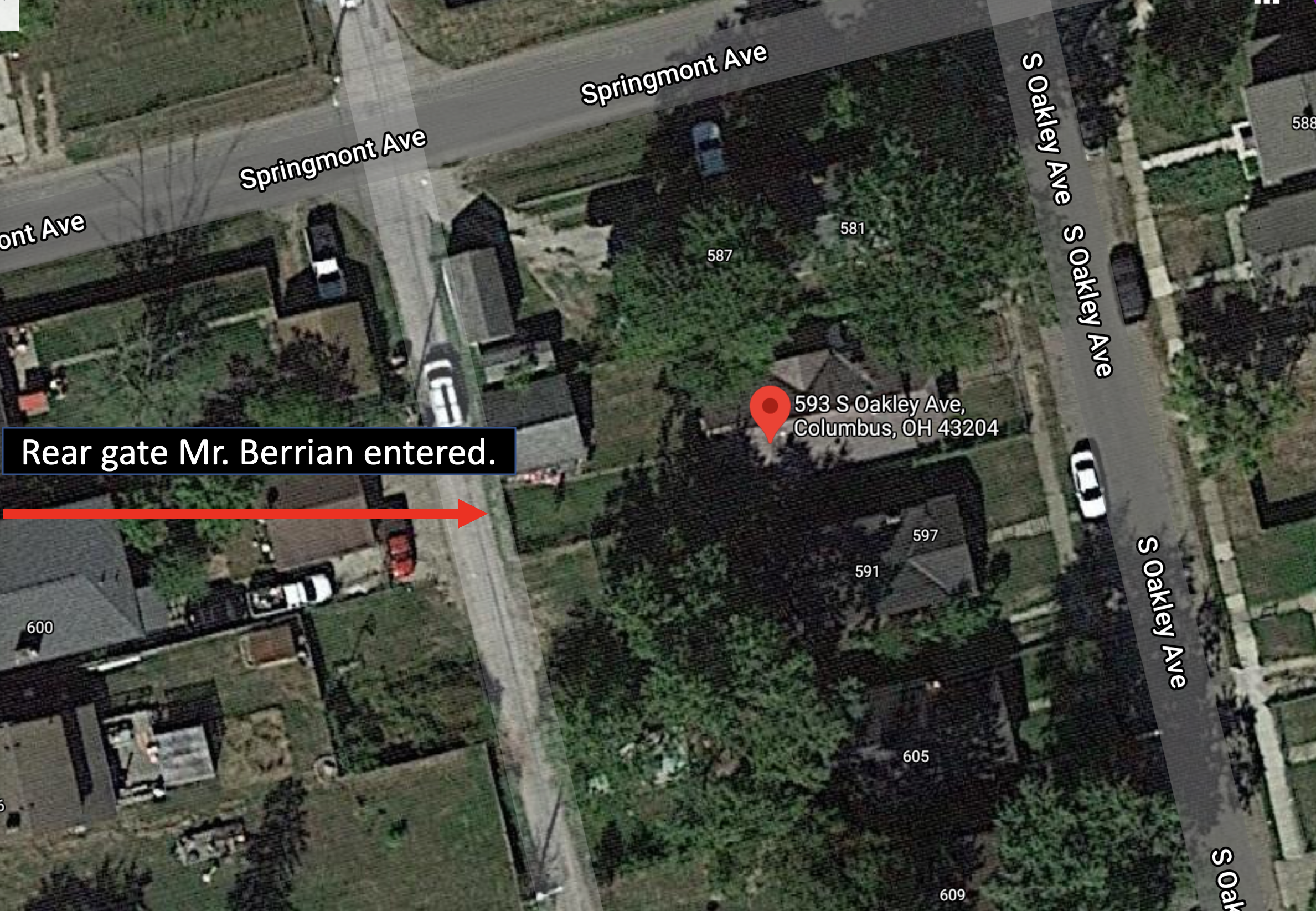 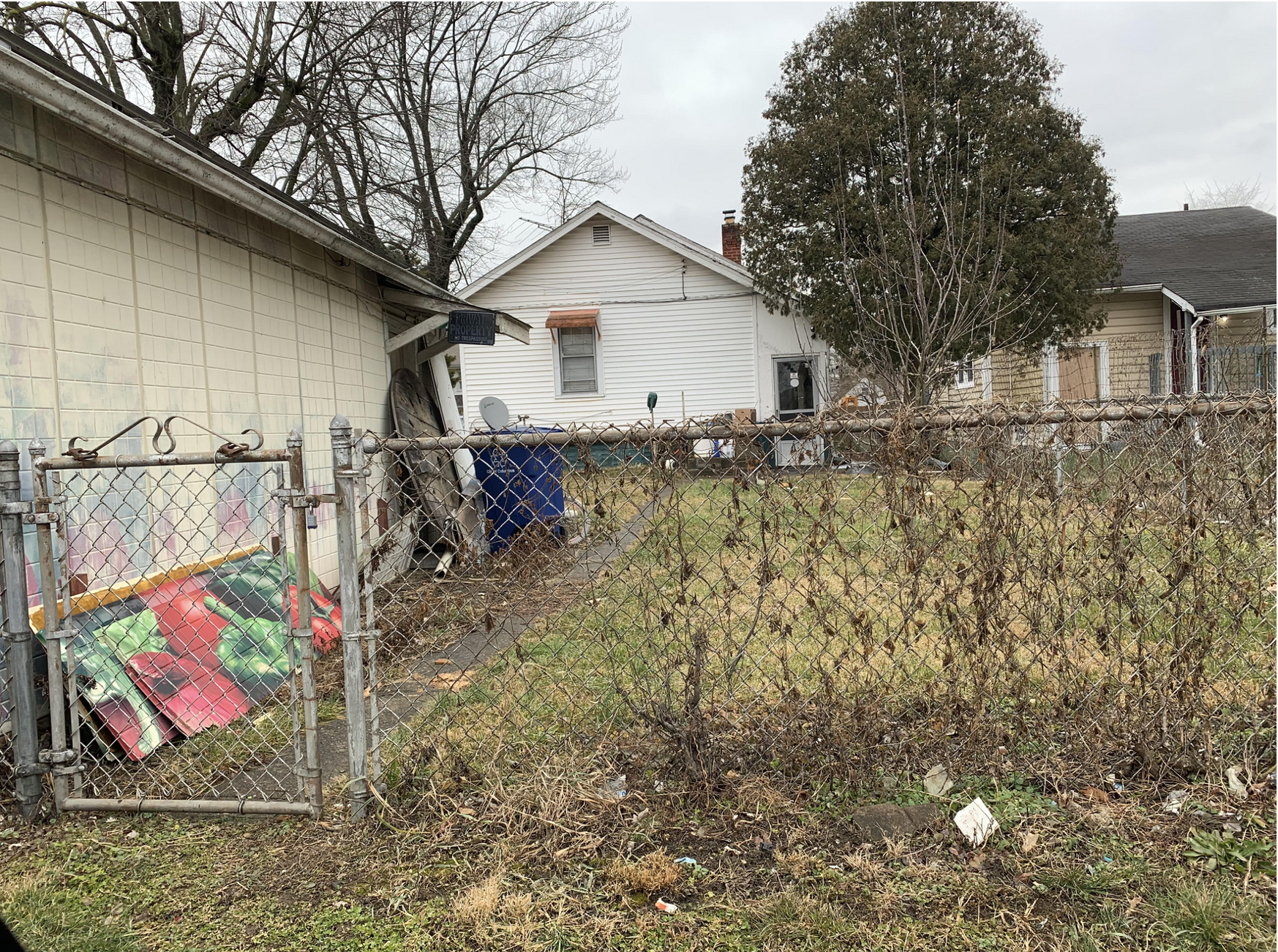 Mr. Berrian walked through this gate and was followed by Officer Dingfelder and a Fourth Amendment symphony.

Mr. Berrian’s testimony was largely consistent with the video and Officer Dingfelder’s testimony, but there were a few additional features and points of conflict of note. Mr. Berrian stated that he had already broken off conversation with the other man and started toward the house when he first became aware of the police cruiser in the alley. He stated that he had a “hoodie” on, not a shirt. Video evidence shows that he was wearing a white-and-gray-striped sleeveless zippered shirt with a black hood. Mr. Berrian testified that he did not admit to the officer that he had a gun. He also stated that the interaction was less cordial than the officer suggested in his testimony; he said he initially was not intending to comply with the officer’s orders to remain still because he felt the commands were unconstitutional and that he only complied when the police threatened to shoot him. The video shows that Mr. Berrian was slow to raise his hands when first confronted by the officer with a drawn weapon.

After a brief recess in which to consider the matter, the trial court issued a ruling from the bench:

The judge would note that Mr. Berrian testified near the bench. When the judge swore Mr. Berrian in, the judge did notice a strong odor of burnt marijuana emanating from the defendant and, quite frankly, I am considering that in weighing the value of his testimony. Mr. Berrian’s testimony was slurred at times, was very slow, very deliberate and the judge has very serious concerns that Mr. Berrian testified while under the influence of marijuana or a combination of drugs. I — I’m not going to have him submit to a urine screen today, but I have a lot of concerns about his state of mind when he testified.

Even without that, Officer Dingfelder did have articulable facts to engage in a brief Terry detention for purposes of the Fourth Amendment and therefore the court will deny the defendant’s motion to suppress at this time.

Even after acknowledging reasonable suspicion existed, Mr. Berrian still argues that the stop and detention violated the Constitution when the police drew and pointed their guns at him in effectuating the stop. It is clearly established in constitutional law that an officer may not actually employ deadly force in effecting a stop or arrest “unless it is necessary to prevent the escape and the officer has probable cause to believe that the suspect poses a significant threat of death or serious physical injury to the officer or others.” Tennessee v. Garner, 471 U.S. at 1, 3. It may be argued here that the officers, at the time they encountered Mr. Berrian behind the house and saw him walking calmly toward it with no visible weapons, did not have probable cause to believe at the time of the stop that Mr. Berrian posed a “significant threat of death or serious physical injury to the officer or others.” However, the officer did not have any assurance that Mr. Berrian did not have the gun that the identified 911 caller stated he had been waving around and pointing at the caller. Moreover, importantly, unlike in Garner, the officer in this case did not actually employ deadly force; he merely threatened it. Further, according to Mr. Berrian’s own marijuana-laced testimony, Mr. Berrian initially did not comply with the order to stop and raise his hands.

Ultimately the Tenth District Appellate Court held “Because the tip in this case provided the police with reasonable suspicion that [Mr.] Berrian was armed and dangerous, the officers were entitled under the law to stop him and to frisk him for weapons. It was not a violation of the Constitution for the police officer to have drawn his weapon and trained it on Berrian to effect the stop and frisk, particularly since Berrian was initially noncompliant and slow in obeying the officer’s instructions to stop and raise his hands.”.

This case was issued on April 16, 2020 by the Tenth District Court of Appeals which is binding on only in Franklin County.

Information for this article was obtained from State v. Berrian, 2020 – Ohio – 1515 and a phone interview with Officer Ryan Dingfelder on January 23, 2021.

Does your agency train on Known Tipsters?