Is it Ever Wrong to be Too Far to the Left?

The undisputed evidence was that the defendant had driven through marked parking spaces and then proceeded to drive down the middle of a two-way street. All vehicles driven upon a roadway are required to drive in the right half of the road and failure to do so is a misdemeanor, in violation of O.R.C. § 4511.25. 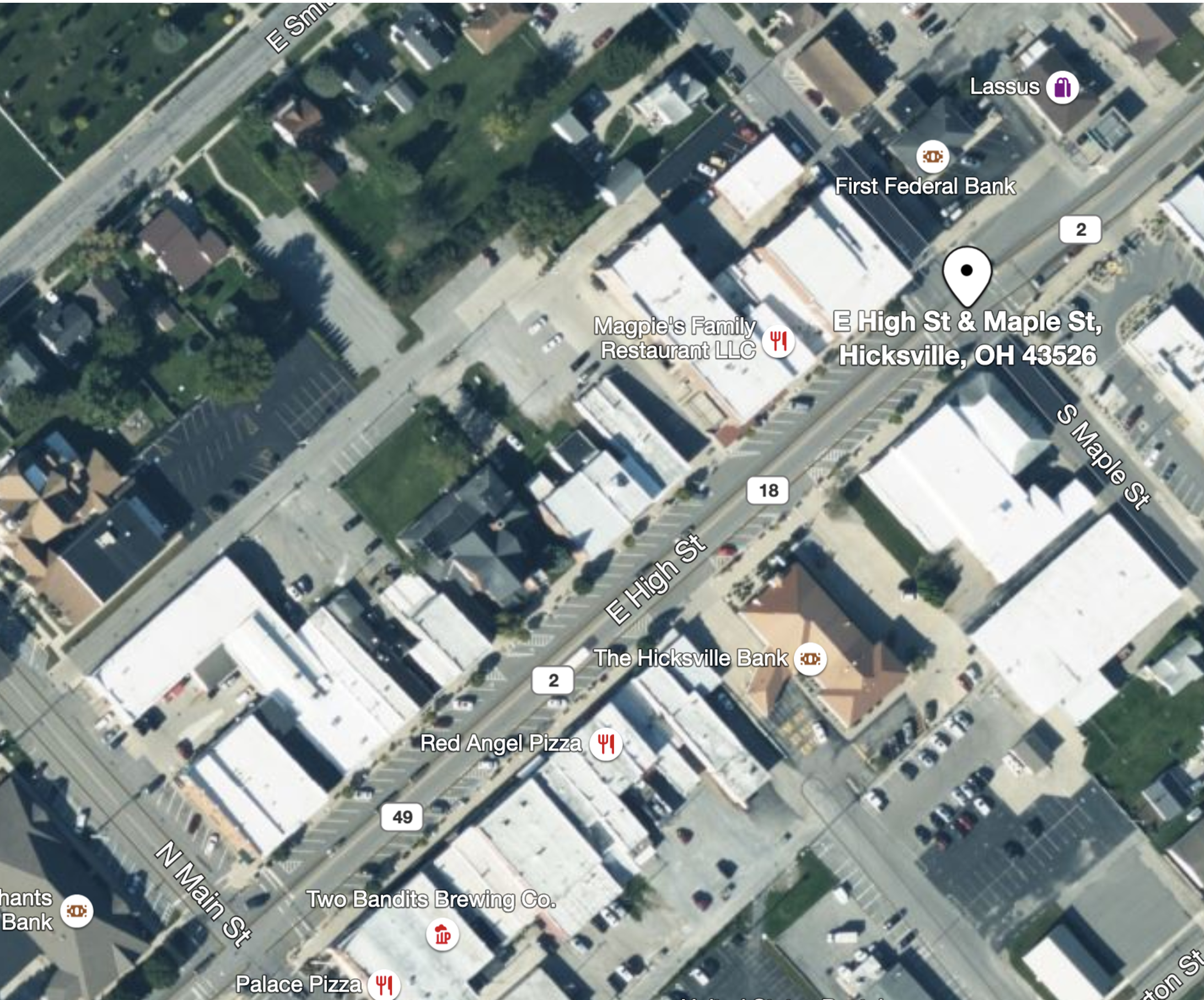 Mr. Rayle drove through these angled parking lines on East High Street in Hicksville, Ohio when he was initially observed by Officer Shane Bostic. 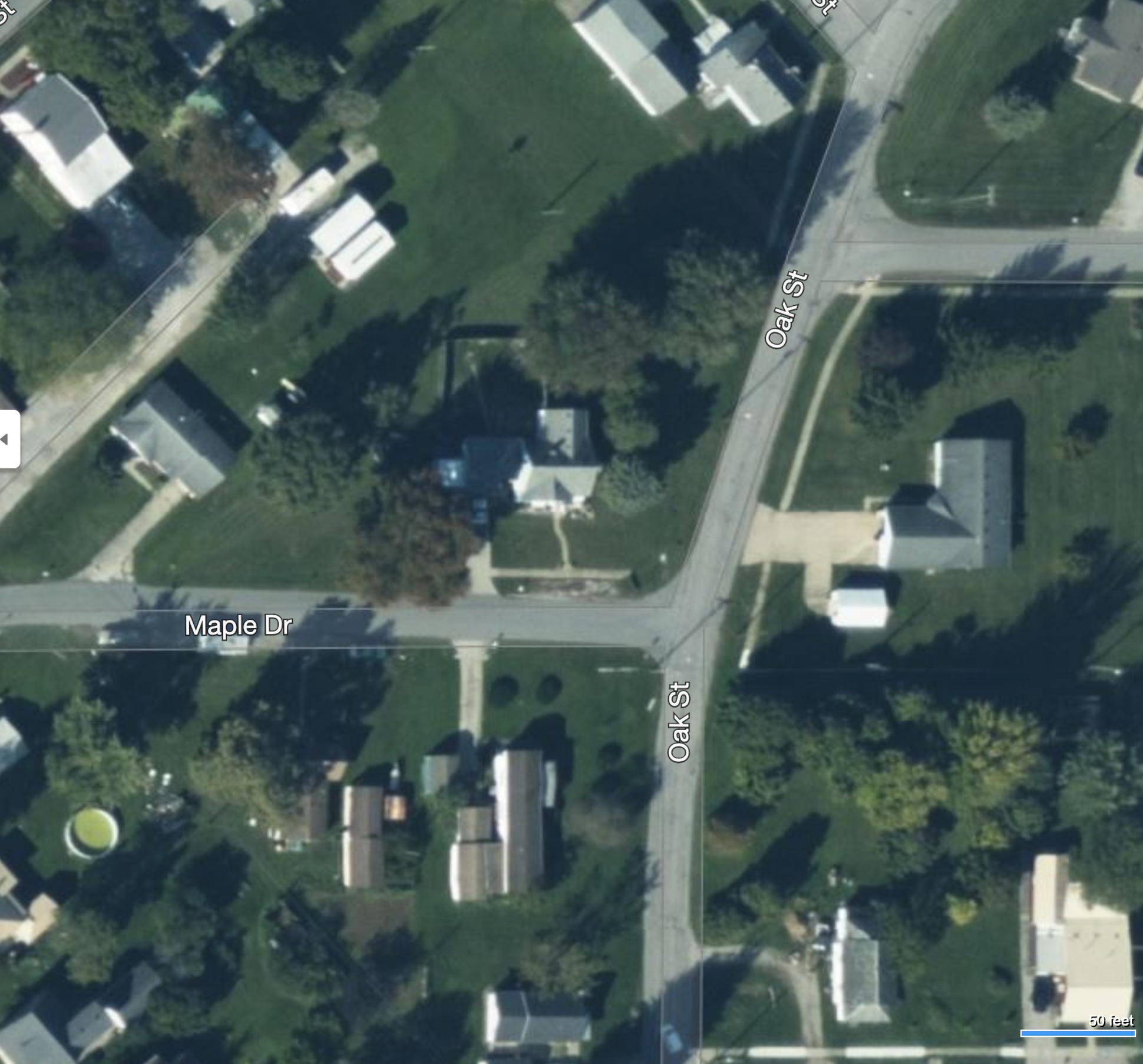 Mr. Rayle drove too far to the left of Oak Street in violation of O.R.C. § 4511.25.  Though Oak Street does not have lines, drivers must still stay to the right.

Eventually, Officer Bostic and a second officer removed Mr. Rayle from the vehicle and the officers observed a black baggie containing what appeared to be drugs on the driver’s seat where Mr. Rayle had been sitting. Mr. Rayle’s pants were unzipped and sagging when he stepped out of the vehicle and had an exaggerated walk. His gait was wider than shoulder width to assure his pants would not fall off.  Spoiler alert – this is a clue.

Officer Bostic performed a pat down for weapons and felt a pipe in Mr. Rayle’s pocket and a knife in his right pocket. At this time Officer Bostic placed Mr. Rayle under arrest for Possession of Drug Paraphernalia.

Officer Bostic testified that Oak Street on which Mr. Rayle was traveling was a two-way street, but there were no lines on it. At the time of the stop, the conditions were dry and it was nighttime. Officer Bostic testified that there had been no obstructions that would have caused Mr. Rayle to swerve. The road did have traffic traveling on it at that time of night as several oncoming cars passed them during the stop. The dash cam video showed that Mr. Rayle crossed into the parking spaces prior to making the turn onto Maple Street and Mr. Rayle was driving in the center of the road multiple times. The vehicle was searched, and multiple baggies of substances presumed and later confirmed to be crystal meth were found inside several bags that were behind the back seat.  Also, inside the bags were several booklets printed by the Ku Klux Klan and other documents with swastikas.  Mr. Rayle was arrested on suspicion of possession of drugs and carrying a concealed weapon.

Mr. Rayle entered pleas of not guilty to all counts. On August 16, 2019, Rayle filed a Motion to Suppress alleging that the officer lacked probable cause to stop him.  On September 4, 2019, the trial court overruled the motion to suppress. On September 26, 2019, Mr. Rayle entered pleas of no contest to counts two and three. The first count of the indictment was dismissed. The trial court accepted the change of plea and found Mr. Rayle guilty of counts two and three and was sentenced to twenty-four months in prison. He appealed his conviction and the Third District Appellate court held “The undisputed evidence was that the defendant had driven through marked parking spaces and then proceeded to drive down the middle of a two-way street. All vehicles driven upon a roadway are required to drive in the right half of the road and failure to do so is a misdemeanor, in violation of O.R.C. § 4511.25.

Does your agency train on Traffic Laws?