Contrary to Mr. McCormick’s argument, the record does not reflect that the anonymous caller’s information was the major evidence linking appellant to the robbery. Rather, the eyewitness testimony from the store’s clerk and the surveillance video, coupled with the evidence found at appellant’s apartment, was the primary evidence in this case.

On Sunday November 26, 2017 at 4:30 a.m. the 7-Eleven store located at 16165 Hilliard Road, Lakewood, Ohio was robbed by a man who had painted his face blue.  The robbery took place the day after THE Ohio State Buckeyes defeated the Michigan Wolverines 31 – 20 in Ann Arbor, Michigan; home of the Maize and Blue.  The suspect was later identified as Mr. Johnie McCormick. 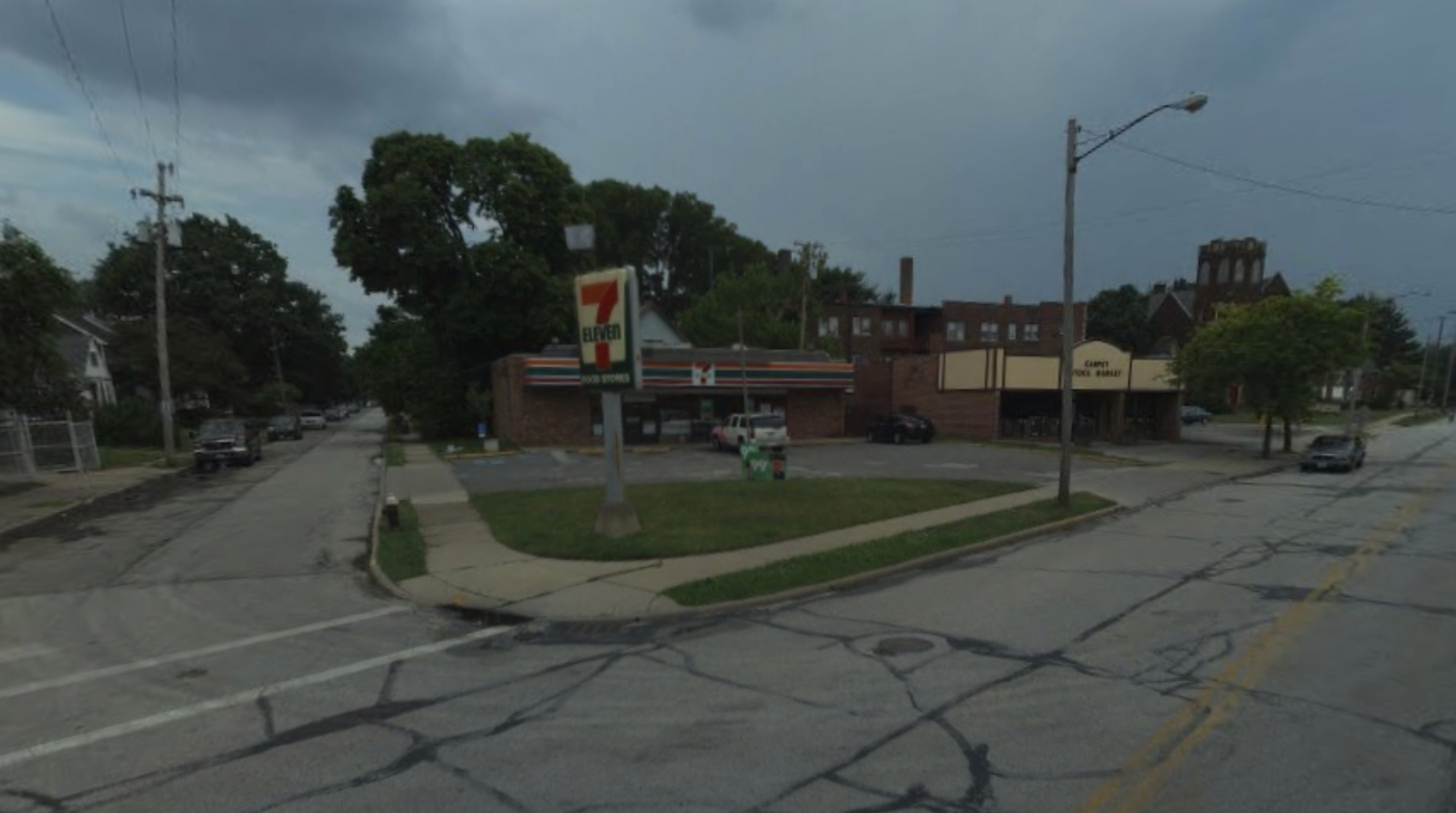 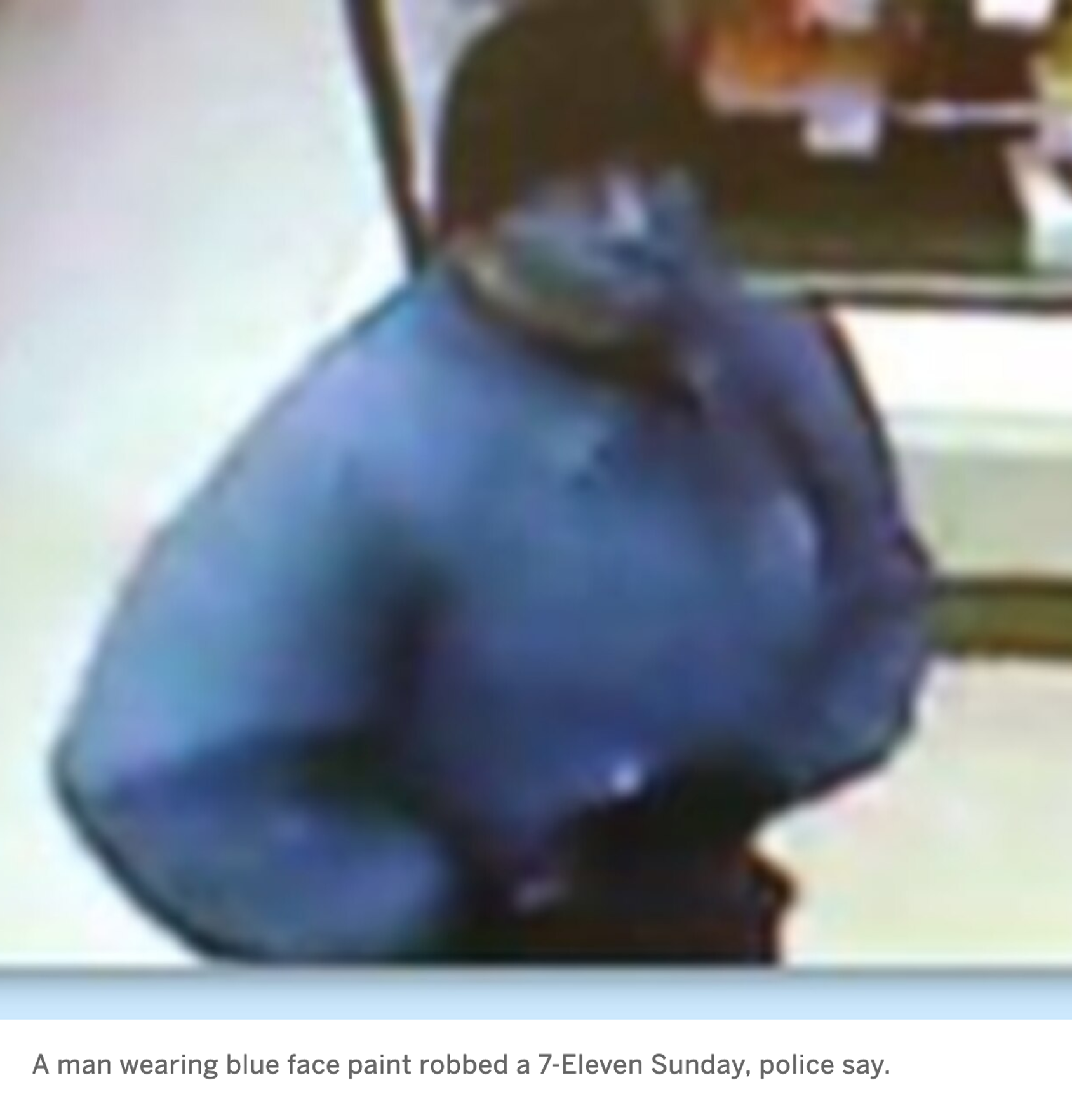 Surveillance photo of Mr. Johnie McCormick who robbed the 7 – Eleven with a knife.  This is an pic from the Cleveland.com article cited below.

Mr. McCormick brandished a knife and demanded money from the cash register.  During the robbery, the clerk recognized Mr. McCormick’s voice.  The day before, sometime after Hang on Sloopy was played for a final time, Mr. McCormick went to the same 7-Eleven and drank a soda without paying for it.

Lakewood, Ohio Police Detective James Motylewski obtained the store’s surveillance video from the time of the robbery and from the day before when Mr. McCormick also had been to the store. The surveillance video of the robbery showed Mr. McCormick’s face was painted blue and he was wearing a blue jacket, black pants, a black hat, and gloves with white tips. Det. Motylewski also obtained surveillance video from the City of Lakewood that captured Mr. McCormick running away from the 7-Eleven store and heading in the direction of his home at 17009 Madison Avenue.  The distance between the 7 – Eleven and Mr. McCormick’s apartment is 0.4 miles or 704 yards.  Ohio State had gained 268 yards rushing during THE GAME and Michigan gained 147 rushing yards in their loss.  Which means that Mr. McCormick was able to outgain the Buckeyes and Wolverines – combined!  However, he was not able to outrun the Eighth District Appellate Court or the Ohio Department of Rehabilitation and Corrections. 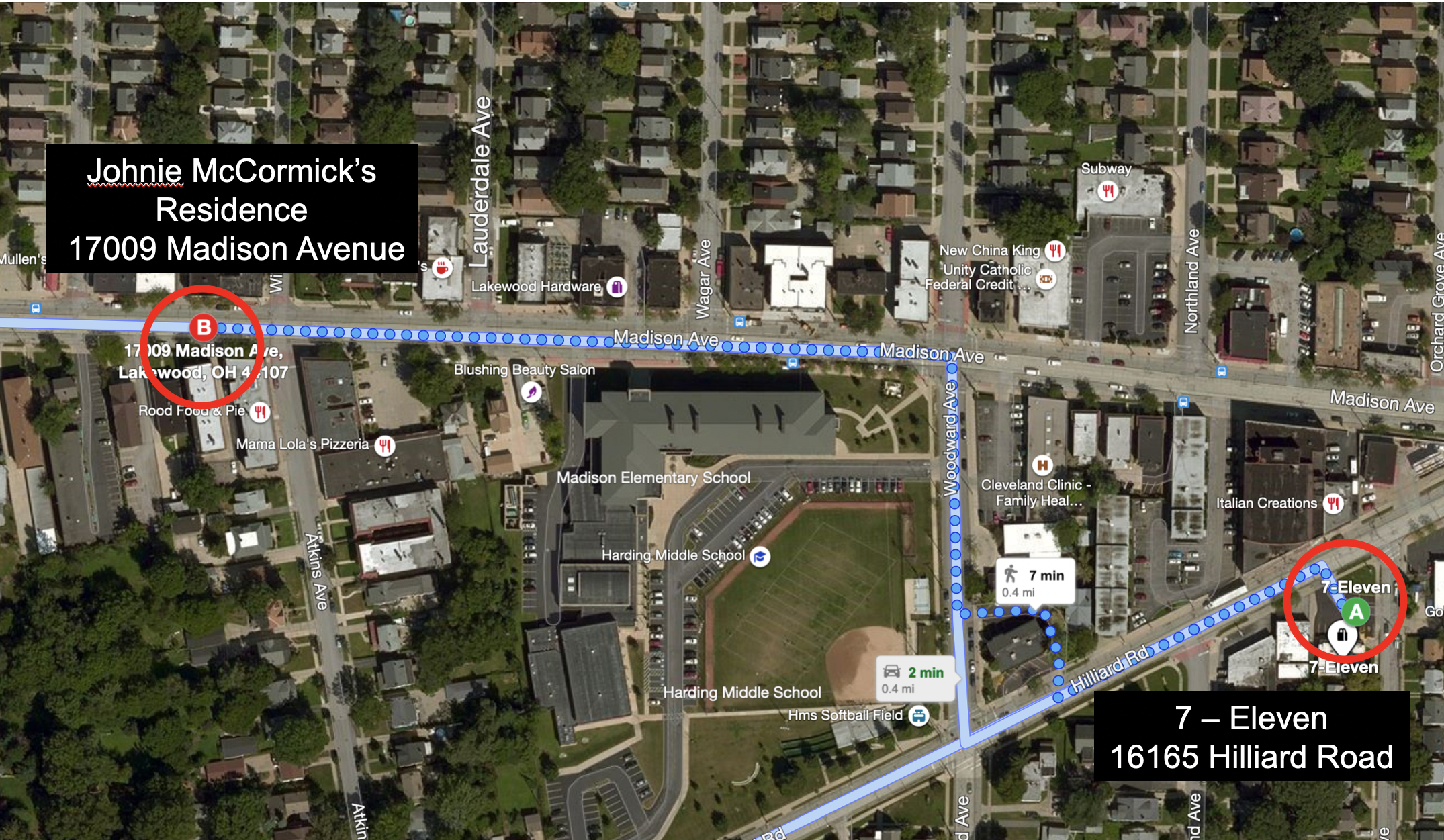 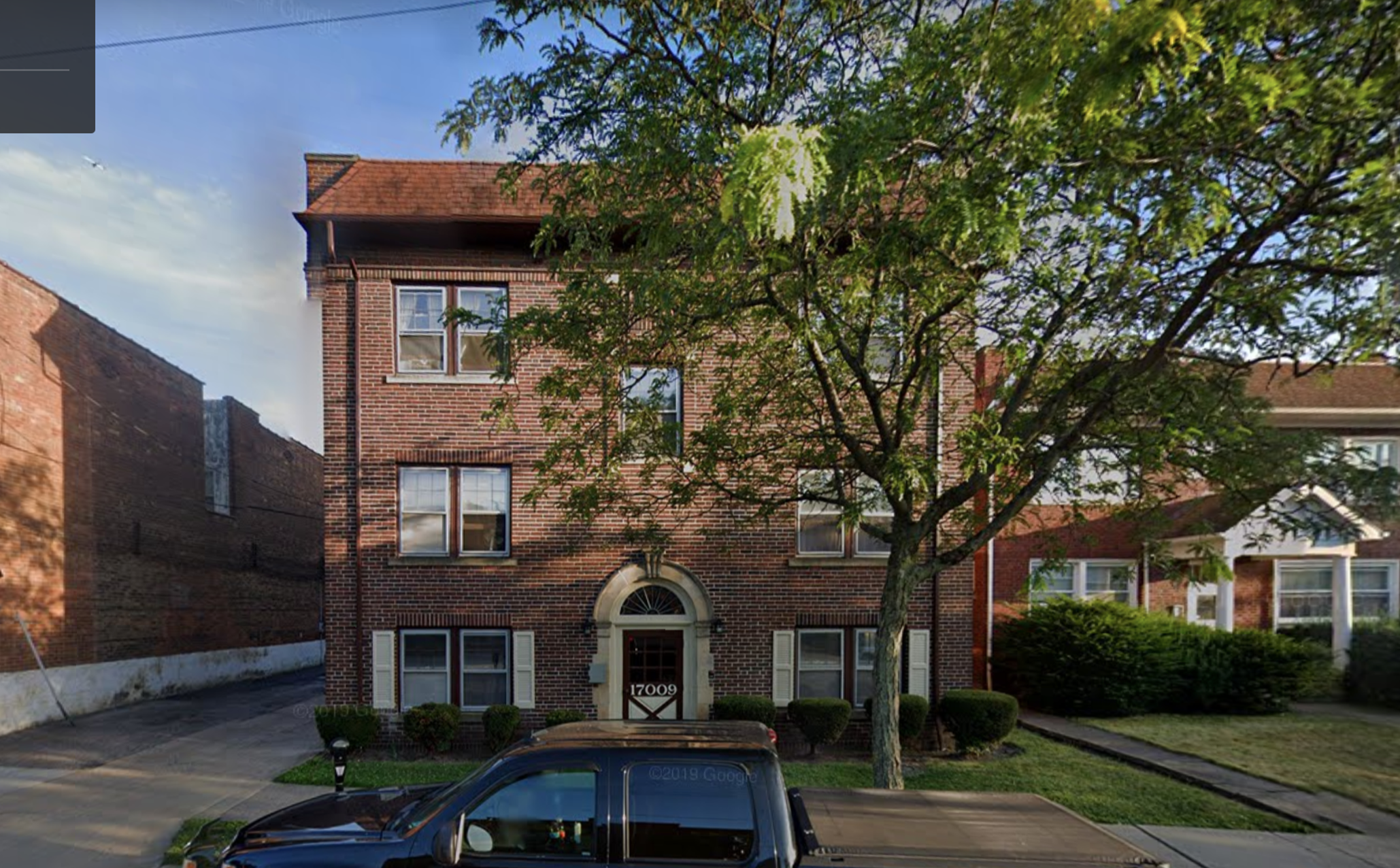 The affidavit in support of the search warrant provided a description of the premises to be searched for the following evidence connected to the robbery incident:

Any and all clothing observed worn during the aggravated robbery, to include a blue jacket with an emblem along the left chest, dark colored knit hat, dark colored pants, blue face paint or blue paint, large kitchen knife, dark colored gloves, empty or full coin rolls, miscellaneous coin and/or any and all other evidence tending to establish violation of the criminal laws of the State of Ohio, to wit: R.C. 2911.01 and 2913.02.

The affidavit included details of the robbery and information obtained from the 7-Eleven store clerk and the store’s surveillance video. Det. Motylewski stated that the 7-Eleven employee who was working at the time of the robbery was positive that the person who committed the robbery was the same customer who regularly comes in during the night. Det. Motylewski included a description of Mr. McCormick as “[A] white male between 5’7″ and 5’8″ tall, wearing blue face paint, having a dark colored knit hat on his head, a blue jacket, dark pants and dark colored gloves.” The affidavit also indicated that the Mr. McCormick had “a large kitchen knife” and was able to reach into the cash register and grab “a roll of change.” These items were the same items believed to be located in his apartment. Det. Motylewski also referred to surveillance video obtained from the City of Lakewood that showed Mr. McCormick running and heading toward his apartment at 17009 Madison Avenue.

The police seized from the apartment items of clothing, a dark knit hat, and black gloves with white tips similar to what was worn by the Mr. McCormick in the surveillance video. Mr. McCormicks ‘robbery coat’ was also confiscated.  Unfortunately for him, the collar of the coat had blue paint smeared on it.  In Ohio this is called a clue.  Det. Motylewski obtained call data from Mr. McCormick’s cell phone provider and obtained GPS location information.  In short, Det. Motylewski had better game film than the Buckeyes did.

Mr. McCormick was convicted by a jury and sentenced to four years in prison.  He appealed his conviction claiming that the trial court erred in permitting the state to introduce statements made by an anonymous informant to the police. He argues that Det. Motylewski was permitted to testify as to what he was told by the anonymous caller and that no exception to the hearsay rule would apply to permit the testimony.

On March 12, 2020 the Eighth District Appellate Court held “Contrary to Mr. McCormick’s argument, the record does not reflect that the anonymous caller’s information was the major evidence linking appellant to the robbery. Rather, the eyewitness testimony from the store’s clerk and the surveillance video, coupled with the evidence found at appellant’s apartment, was the primary evidence in this case.”.

Information for this article was obtained from State v. McCormick, 2020 – Ohio – 922, a phone interview with Det. Motylewski on January 7, 2021, Cleveland.com; Lakewood police searching for man in blue face paint who robbed 7 – Eleven, posted November 29, 2017 and The Ohio State Buckeyes.

Mr. McCormick’s release date is scheduled for November 29, 2021 just two days after the Buckeyes and Wolverines are scheduled to play again. 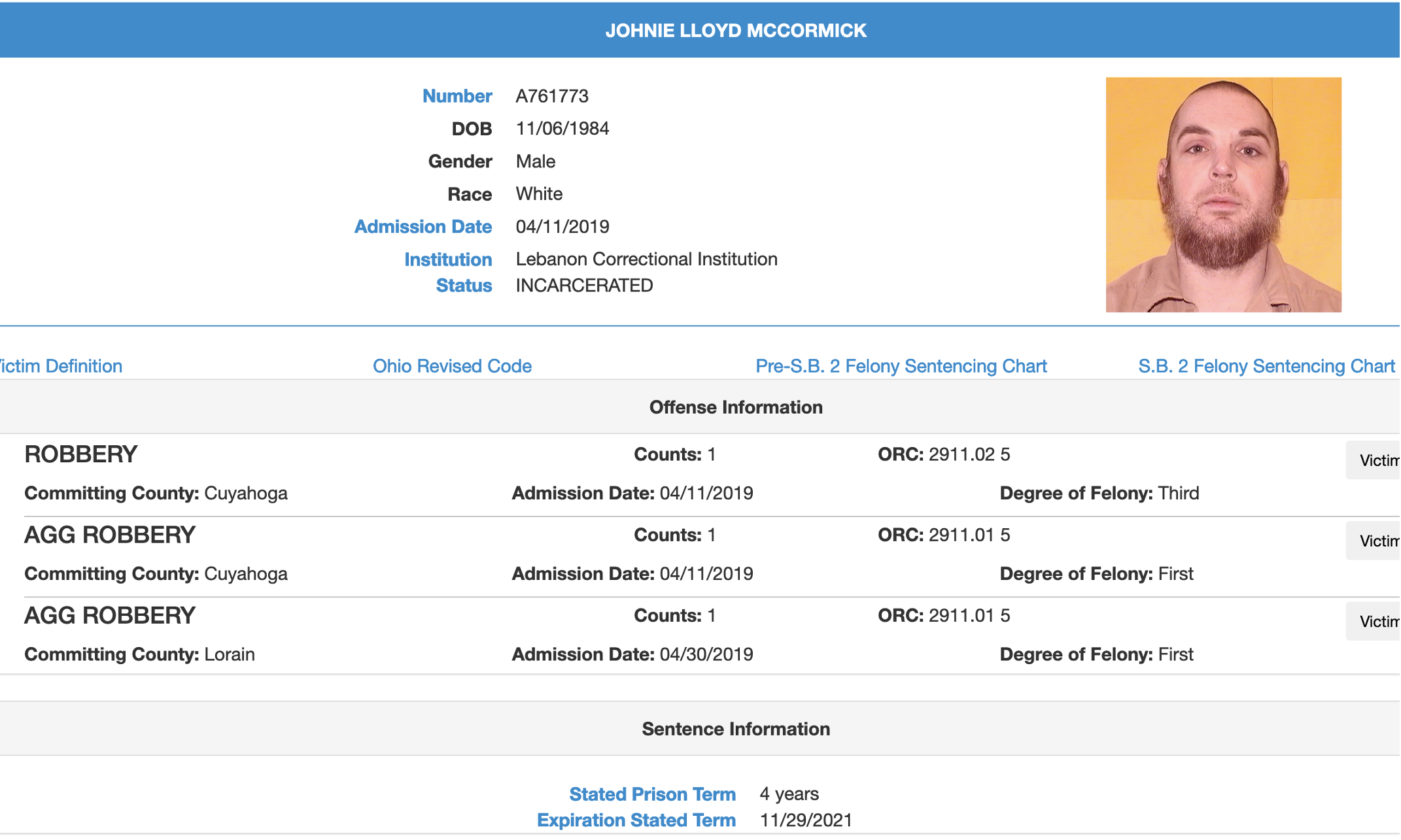 Does your agency train on Anonymous Tips?