Was the Search of the Marijuana-Filled Chicken Coop Consensual?

There was over one hundred marijuana plants and thirty-seven pounds of weed in buckets … but not one egg.  Of course, the suspect claimed only some of the weed was his, but the court held his claims were full of yolk.

[T]he totality of the circumstances shows that Blomquist’s consent was voluntary. When the officers arrived, Blomquist sized up the situation, decided he was best off cooperating, and consented to the search of the chicken coop and greenhouses. His Fourth Amendment rights were not violated, and the district court correctly denied his motion to suppress.

On three occasions in March 2017, Dickinson County Sheriff’s Office detectives observed Mr. Clifford Lautzenheiser visit Mr. Norman Blomquist’s residence. Each time, Mr. Lautzenheiser placed something in the trunk of his car and then drove to a parking lot where he sold marijuana to a third party.

In April 2017, on a fourth occasion, police arrested Mr. Lautzenheiser. He informed detectives that he had been purchasing marijuana from Mr. Lee Blomquist, the son of Mr. Norman Blomquist, on a weekly basis for approximately nine months. Mr. Lautzenheiser is a Wisconsin resident and does not possess a Michigan medical marijuana card. With the information obtained from Mr. Lautzenheizer, Dickinson County detectives obtained a search warrant for Mr. Norman Blomquist’s residence. As officers began to execute the warrant, Mr. Lee Blomquist walked out of small building, a chicken coop. The chicken coop was located on property adjacent to the scope of the search warrant and was actually on the property of Mr. Blomquist’s cousin.

(2) Possession with the intent to distribute more than 100 marijuana plants;

(4) Distribution of marijuana. Blomquist filed a motion for an evidentiary hearing, to enjoin the prosecution, and to dismiss the indictment.

Mr. Blomquist filed a Motion to Suppress.  The motion focused on the detectives searching the chicken coop outside the scope of the search warrant.  The detectives maintained that Mr. Blomquist provided consent while Mr. Blomquist countered that there was no consent and no warrant.  Consequently, the marijuana should be suppressed.

The District Court [trial court] overruled the motion, maintaining that the detectives did have consent.  Mr. Blomquist appealed to the Sixth Circuit Court of Appeals which held “[T]he totality of the circumstances shows that Blomquist’s consent was voluntary. When the officers arrived, Blomquist sized up the situation, decided he was best off cooperating, and consented to the search of the chicken coop and greenhouses. His Fourth Amendment rights were not violated, and the district court correctly denied his motion to suppress.”.   The Sixth Circuit came to this conclusion based on the following analysis:

Indeed, a magistrate judge aptly described Blomquist as giving the officers “a tour of his operation.” Not only did Blomquist consent to the search, he practically directed it.

For starters, although Blomquist was briefly detained as law enforcement officials secured his father’s property, he was quickly given a Miranda warning. See Miranda v. Arizona, 384 U.S. 436 (1966). He was thus fully aware that anything he shared with the officers could be used against him. And still, he led the officers on a tour of the chicken coop and greenhouses, explaining in detail how his growing operation worked. While the officers did ask Blomquist if he would show them where he grew his marijuana, they did not force him to do so or threaten him in any way.

What’s more, Blomquist was cooperative from the get-go. Why? Because—as his attorney explained at the sentencing hearing—he thought his operation was (mostly) legal under Michigan’s medical-marijuana laws. The record contains no sign that Blomquist so much as hesitated before showing the officers the outbuildings. And a suspect’s cooperation supports a finding of voluntary consent. Elkins, 300 F.3d at 648–49. Finally, the record contains no reason to think that Blomquist was uniquely susceptible to duress or coercion. Blomquist was 46 years old at the time of his arrest. He had received a high-school diploma and was trained as an electrician. After presiding over Blomquist’s trial, the district court described him as “a very intelligent individual.” Blomquist also had an extensive criminal history, giving him ample experience with the police and legal system. Indeed, in 2002, he was convicted of manufacturing more than 100 marijuana plants on this very property. Based on Blomquist’s personal characteristics and history with law enforcement, there is no reason to think his consent was the product of duress or coercion.

In sum, the totality of the circumstances shows that Blomquist’s consent was voluntary. When the officers arrived, Blomquist sized up the situation, decided he was best off cooperating, and consented to the search of the chicken coop and greenhouses. His Fourth Amendment rights were not violated, and the district court correctly denied his motion to suppress. 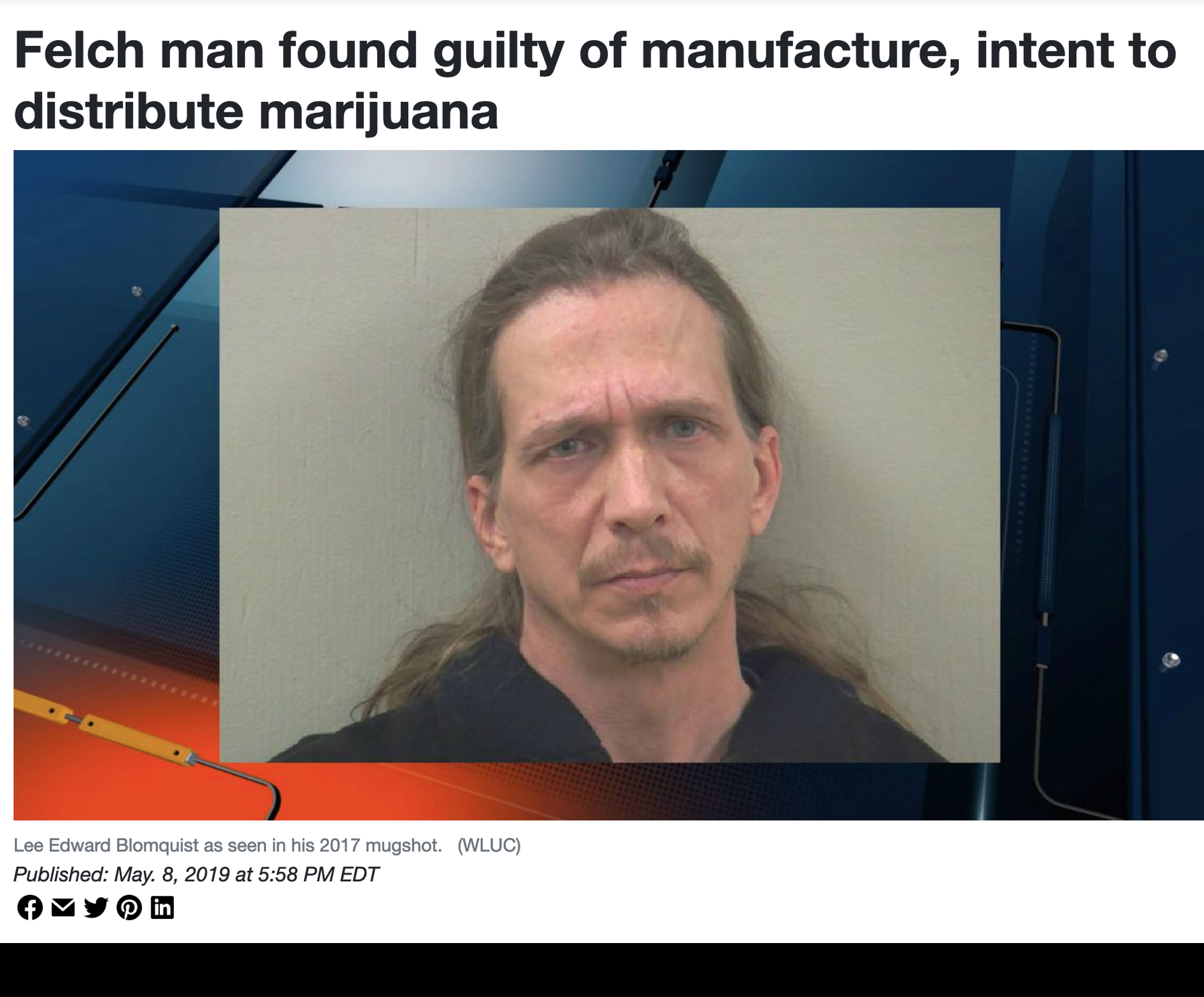 Does your agency train on Consent Searches?