Police may search a vehicle incident to a recent occupant’s arrest only if the arrestee is within reaching distance of the passenger compartment at the time of the search or it is reasonable to believe the vehicle contains evidence of the offense of arrest.

On August 25, 1999, acting on an anonymous tip that the residence at 2524 North Walnut Avenue, Tucson, Arizona was being used to sell drugs, Tucson Police Officer Griffith and Officer Reed knocked on the front door and asked to speak to the owner. Mr. Rodney Gant answered the door and, after identifying himself, stated that he expected the owner to return later. The officers left the residence and conducted a records check, which revealed that Mr. Gant’s driver’s license had been suspended and there was an outstanding warrant for his arrest for driving with a suspended license.

When the officers returned to the house that evening, they found a man near the back of the house and a woman in a car parked in front of it. After a third officer arrived, they arrested the man for providing a false name and the woman for possessing drug paraphernalia. Both arrestees were handcuffed and secured in separate patrol cars when Mr. Gant drove up and parked in the driveway. The officers recognized his car as it entered the driveway, and Officer Griffith confirmed that Mr. Gant was the driver by shining a flashlight into the car as it drove by him. Mr. Gant parked at the end of the driveway, got out of his car, and shut the door. Officer Griffith, who was about 30 feet away, called to Mr. Gant, and they approached each other, meeting ten-to-twelve feet from Mr. Gant’s car. Officer Griffith immediately arrested Mr. Gant and handcuffed him. Because the other arrestees were secured in the only patrol cars at the scene, Officer Griffith called for backup. 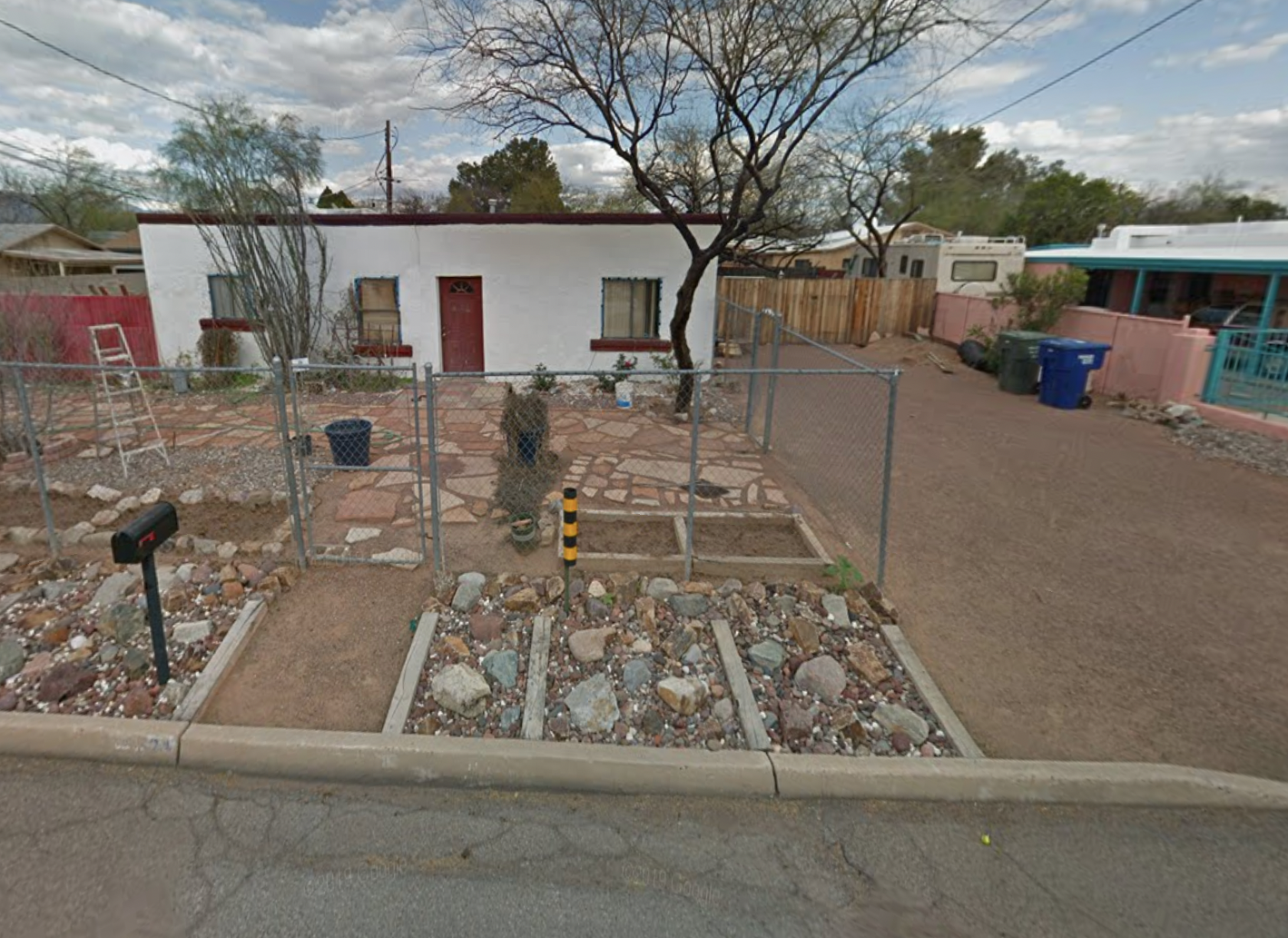 Mr. Rodney Gant pulled in to this driveway at 2524 North Walnut Avenue, Tucson, Arizona.  As he did Tuscon Police Officer Griffith and Officer Reed knew he did not have a valid license and had a warrant for driving without a license.  What happened next would go to the U.S. Supreme Court and overturn a 1981 case out of New York.

When two more officers arrived, they locked Mr. Gant in the back­seat of their vehicle. After Mr. Gant had been handcuffed and placed in the back of a patrol car, two officers searched his car. One of them found a gun, and the other discovered a bag of cocaine in the pocket of a jacket on the backseat. Mr. Gant was charged with two offenses—possession of a narcotic drug for sale and possession of drug parapherna­lia (i.e., the plastic bag in which the cocaine was found). Mr. Gant moved to suppress the evidence seized from his car on the ground that the warrantless search violated the Fourth Amendment.

The trial court rejected the State of Arizona contention that the officers had probable cause to search Mr. Gant’s car for con­traband when the search began, but it de­nied the motion to suppress. Relying on the fact that the police saw Mr. Gant commit the crime of driving without a license and apprehended him only shortly after he exited his car, the court held that the search was permissible as a search incident to arrest. The jury found Mr. Gant guilty on both drug counts, and he was sentenced to a three-year term of imprisonment. After protracted state court proceedings, the Arizona Supreme Court concluded that the search of Mr. Gant’s car was unreasonable within the meaning of the Fourth Amendment. The State of Arizona appealed to the U.S. Supreme Court which held “Police may search a vehicle incident to a recent occupant’s arrest only if the arrestee is within reaching distance of the passenger compartment at the time of the search or it is reasonable to believe the vehicle contains evidence of the offense of arrest. When these justifications are absent, a search of an arrestee’s vehicle will be unreasonable unless police obtain a warrant or show that another exception to the warrant requirement applies.”.  Therefore, law enforcement ‘Gant’ search vehicles incident to arrest.