Based on these facts, we find the totality of the circumstances here warranted the investigatory detention.

On Thursday August 17, 2017, UPS Store Manager in Delaware County, Ohio Ms. Amanda Carson testified that a package arrived unexpectedly and without a recipient mailbox. The label indicated it was coming from Germany, and no one had called ahead to let her know to receive a delivery. 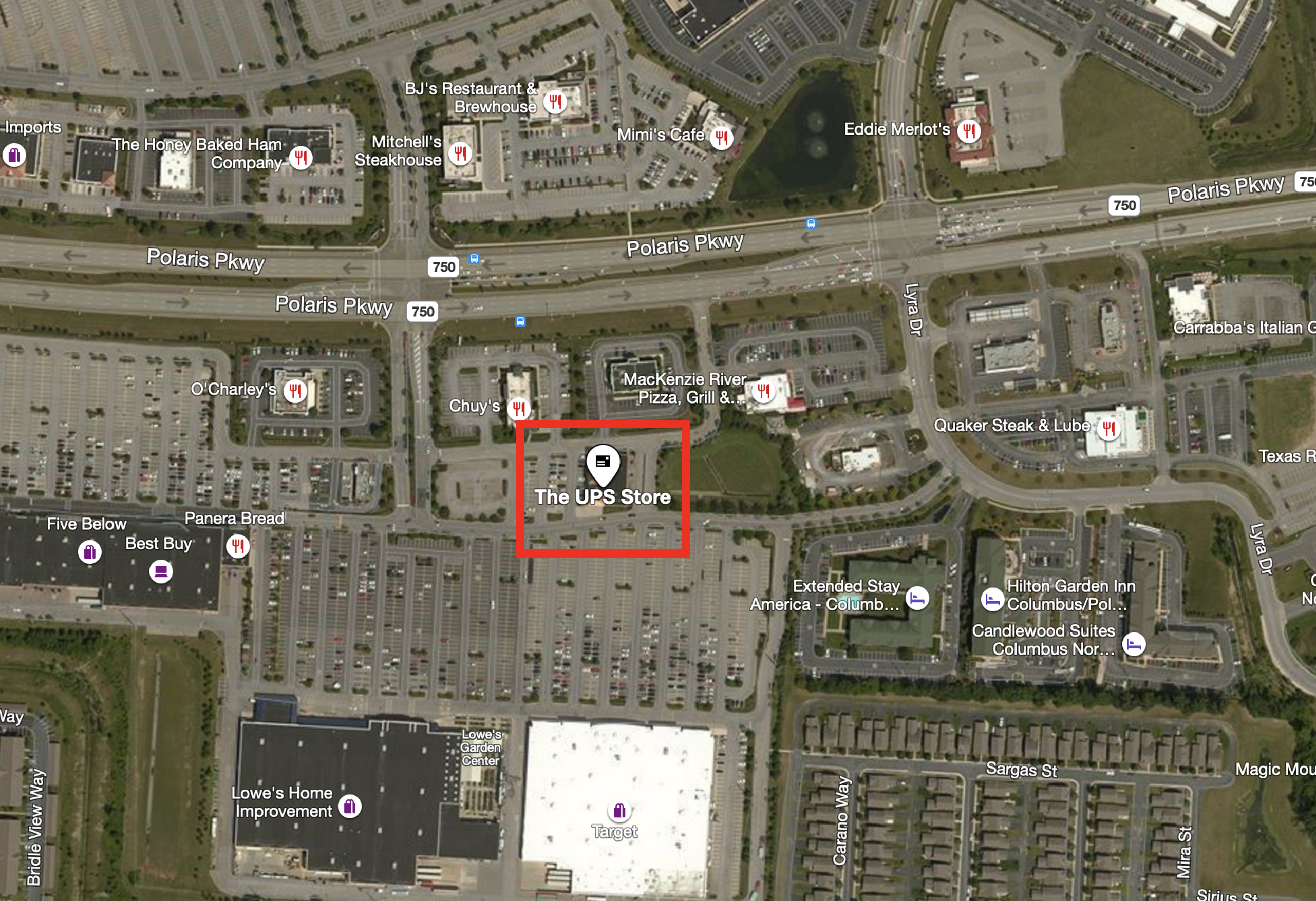 Ms. Carson didn’t know the business name and did not have it listed as a package on the list of packages scheduled to be delivered to the store. She explained that it was unusual to receive a package for someone who did not have a mailbox at the store. Upon receipt, Ms. Carson noticed damage to the package; the cardboard box was wet, and it was starting to break and open up. As she began to tape the package, she saw a leafy asparagus-like substance inside the box. It was green, wet, and musty. Ms. Carson did not open the box further at that time. However, she noted the smell of the box was similar to one she received in 2009. 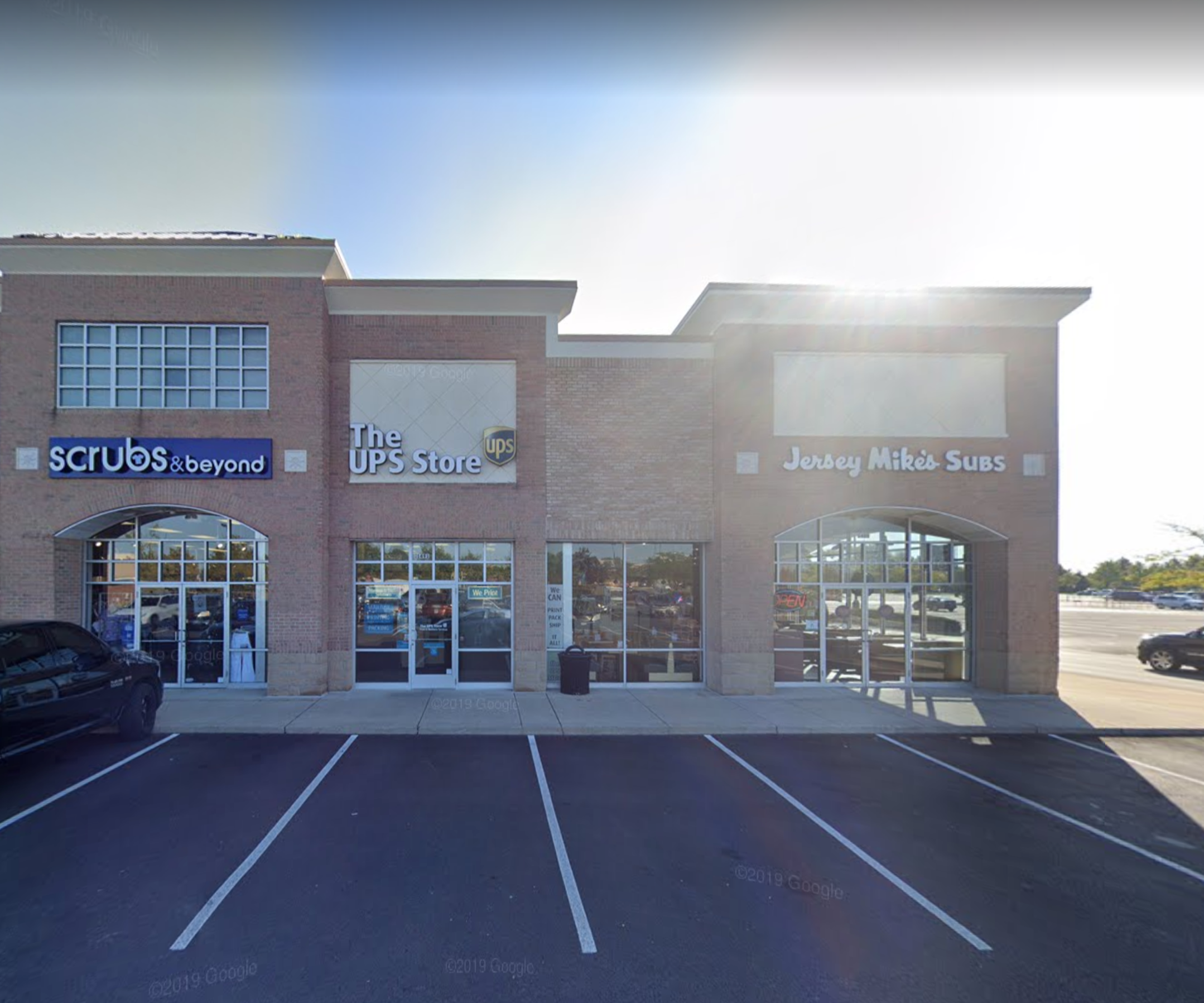 Ms. Carson explained that back in 2009, she became familiar with a plant called Khat when she as working at a different UPS store. At that time, Khat had been shipped to her store, and she had the opportunity to observe it. Ms. Carson recalled it was a green, leafy, asparagus like plant with a musty damp smell to it. When she looked online, back in 2009, the pictures of Khat she observed matched what she observed was delivered to her store at that time. The smell of the package in this case, as well as the plant material inside, was similar to what she previously observed in 2009. Based upon her prior experience, she became suspicious of the package and contacted the Delaware County Sheriff.

Delaware County Deputy Troy Gibson arrived approximately two hours and forty-five minutes after the package arrived at the UPS store. While he was there and Ms. Carson was filling out a written witness statement, a male, later identified as Mr. Abdi Hashi arrived to retrieve the package. Deputy Gibson advised Ms. Carson to give Mr. Hashi the package. Another employee checked Mr. Hashi’s identification and had him pay the five dollars to receive the package, which is the standard fee for individuals who do not have a box at the store. Shortly thereafter, Deputy Gibson made contact with Mr. Hashi, which began as a consensual encounter.

Deputy Gibson testified regarding his extensive law enforcement training and experience; this experience included advanced drug detection and identification. He explained that on August 17, 2017, he was on duty and received a call from Ms. Carson about a suspicion package that had been delivered to her UPS store on Polaris Parkway in Delaware County. Deputy Gibson then travelled to the UPS store and parked his marked cruiser behind the building. After talking with Ms. Carson, he examined the suspicious package. It was addressed to “Bronson Auto Tuning,” a business he determined to be a fictitious business, with Mr. Hashi’s name underneath.  Spoiler Alert: There is never an ‘Auto Tuning’ shop around when you need one for a narcotics delivery. This unusual name was likely caused by the language translation failure from someone more adept at narcotics trafficking than English translation.

When the deputy examined the package on that date, he could only see “a little” inside the package. However, Deputy Gibson noticed a unique odor that was coming from inside the package that he had never smelled before. This all occurred in the back of the UPS store.

Roughly twenty minutes after Deputy Gibson arrived at the UPS store, Mr. Hashi arrived to pick up his package. After he saw Mr. Hashi enter the store, Deputy Gibson waited out of view until he was informed Mr. Hashi had paid for the package. At that point, he made himself known to Mr. Hashi. He was holding the suspicious package when Deputy Gibson first made contact with him. Deputy Gibson then had a conversation with Mr. Hashi that was recorded. The recording of the encounter, which lasted roughly ten minutes, was played for the jury.

Mr. Hashi stated he would pay approximately four dollars per piece to get the Khat from Germany. Mr. Hashi further explained that he chewed no more than two pieces a day and estimated there were seventy to eighty pieces were contained in the box. Mr. Hashi again explained he was there to pick up the package for his friend, that they chew the Khat together, and that he would receive five pieces as his share for getting the package. Mr. Hashi said there were twenty or thirty pieces of Khat in each bundle in the package.

Based upon Mr. Hashi’s estimated value, the ninety-nine bundles of Khat would be valued at approximately $8,000 dollars. Deputy Gibson stated that it was his opinion the Khat was not solely for personal use as there were approximately 2,000 stalks in the package. Chewing only two pieces a day, as Mr. Hashi claims he did, would take a very long time to use the quantity he received in this case. He explained this belief was consistent with Mr. Hashi’s statement that the Khat was for the community. Perhaps Mr. Hashi would receive some financial compensation for ‘sharing’ the Khat with the community?  Unfortunately for him the prison sentence would be uniquely his own.

On November 15, 2018, the jury found Mr. Hashi guilty of Trafficking in Drugs and Possession of Drugs.  He was found to be a Major Drug Offender and sentenced to eleven years in prison! Mr. Hashi appealed on the basis that the encounter as it began between Deputy Gibson and Mr. Hashi was not consensual.  Rather it was an investigative detention without Reasonable Suspicion.  The Fifth District Court held “Upon review, we find the initial encounter here was consensual.”.  Later in the decision the court opined on whether Deputy Gibson established Reasonable Suspicion “Here, information from the identified UPS store manager indicated that an odor of Khat was emanating from one of the packages and explained her basis for that knowledge. Upon arrival to the UPS store, the deputy himself was able to verify the unusual odor coming from the package. Deputy Gibson was aware that possession of Khat was illegal. In his conversation with the deputy, appellant claimed he did not know what was in the package and that the package was not for him even though the package was addressed to him and he came to pick up the package. Based on these facts, we find the totality of the circumstances here warranted the investigatory detention.”.

This case was issued on January 22, 2020 by the Fifth District Court of Appeals which is binding on the following counties: Ashland, Coshocton, Delaware, Fairfield, Guernsey, Holmes, Knox, Licking, Morgan, Morrow, Muskingum, Perry, Richland, Stark and Tuscarawas. For the rest of the state this case is considered persuasive.  Though law enforcement agencies in other counties do not have to follow the decision it is considered instructive.

Does your agency train on Investigative Detentions and the Reasonable Suspicion Doctrine?