Joker is No Joke for Josh’s Wild Hair, Meth, Mushrooms and Infidelity

Based upon all of the circumstances taken as a whole and viewed in relation to each other, Officer Downing articulated a reasonable suspicion that appellant had engaged or was about to engage in criminal activity warranting the stop.

On Wednesday January 24, 2018, Reynoldsburg Police Officer Dan Downing and his partner patrolled the Taylor Square shopping area in the city of Reynoldsburg in Fairfield County. As Officer Downing testified: the officers were patrolling the area for “preventative patrol” “due to the high incidence of thefts and narcotic use in the area.” Officer Downing personally has dealt with “thefts of push-outs coming out the emergency exits from Walmart.” He explained “a person will load up their cart in Walmart and they’ll kind of stage over here inside. A car will run back here and wait for them. As soon as they pop out the side door, the car will pull up. They’ll load as much stuff as they can and they’ll just take off. We had quite a few of those going on. Actually intercepted a few. Also intercepted two gentlemen that had backed in right here to the Walmart tire and battery cages. And we actually jumped them a little early and they didn’t even get a chance to cut the locks off with their big bolt cutters. Pallet thefts recently as well in the last probably six to eight months or even sooner prior to January. People are stealing pallets at the back of Walmart here.  So it’s just kind of a – – I don’t know what you call it, not an epidemic, but there’s a lot of thefts going on at night from the buildings on the sides and the back.”

Officer Downing explained in the City of Reynoldsburg, “the highest number of felony drug cases that are being produced are from the Taylor Square area.”. The Walmart and Sam’s Club are specific areas. The two stores are connected by a “little drive” with a “big wooded area in between. Many times the individuals are backed in by the tree line and/or by the tire cages.”

On January 25, 2018, 2:57 a.m. at 2675 Taylor Road, Reynoldsburg, Ohio, Officer Downing observed a white Ford SUV bearing Ohio GTX 1345 “backed into the woodline right here at the side of Sam’s Club where their tire center is, the tire cage.” Sam’s Club was not open. Officer Downing admitted it was perfectly legal for the vehicle to be parked there at that time. The plan was to “cut off the headlights and wait” for the vehicle’s occupants to “get out and probably break into the tire cage.” Instead, Officer Downing assumed they were spotted and the SUV started to move down an access road perpendicular to the officers. As the officers approached in their cruiser, the driver moved from the Sam’s Club parking lot to the Walmart parking lot. 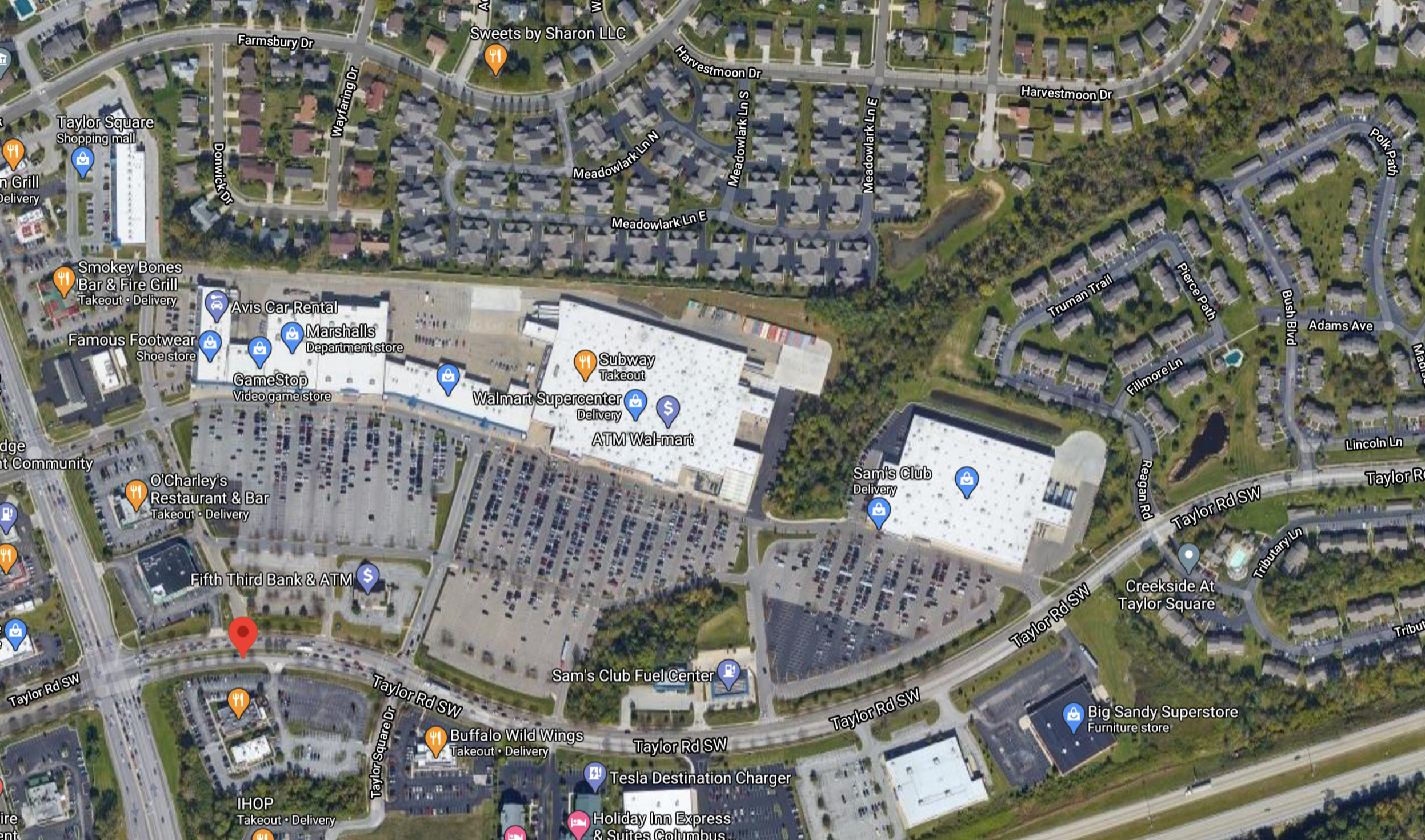 Officer Downing and Officer Scalmato observed the White Ford SUV that Mr. Roberts was driving on the right side of Sam’s Club.  Mr. Robert’s told Officer Downing that he was parked their to initiate a sexual liaison.

At this time, Officer Downing initiated a traffic stop with his lights. Officer Downing stated he did not observe any traffic violations as the stop was an investigatory stop. He explained “I had reasonable suspicion that criminal activity was afoot due to the high activity of thefts in the area. I suspected that a theft had occurred or was about to occur from the tire cage at Sam’s Club, being a closed business at 3:00 o’clock in the morning.” On cross-examination, Officer Downing stated the investigatory stop was based on more than a “hunch” as it was based on “the amount of thefts that have been going around there with cars backed in by the battery cages, behind the buildings and the sides.”. He found the white SUV to be suspicious because “[i]t’s very unusual to see an occupied vehicle at 3:00 o’clock in the morning over by the cages over there.”

Officer Downing’s partner approached the vehicle and started interviewing the occupants. The driver of the vehicle was Mr. Joshua Roberts and the passenger was a female would not be criminally charged out of this incident. Mr. Roberts’ fingertips were burnt which is indicative of illicit drug consumption.  Officer Downing also observed a “large torch lighter” on the center console and “a small piece of cellophane or baggie that looked like the driver was trying to kick over and conceal with his foot.” A check of Mr. Robert’s driver’s license established his license was under suspension, however, as is often common, his female passenger had a valid license but was seated in the passenger seat.  When Officer Downing asked Mr. Roberts what he and his passenger were doing in this location he admitted that they were married but not to each other.  In fact, his passenger’s husband was Mr. Roberts’ best friend.  The two were exploring for a location to engage in intercourse or as Mr. Roberts opined ‘get some ass’.  It cannot be confirmed if the passenger’s husband is now Mr. Roberts’ former best friend.

At 3:12 a.m. Officer Scott McClellan of the Pataskala Police Department and his Canine Joker arrived at scene.  Joker alerted on the Ford SUV and based on this probable cause a search of the vehicle commenced.  Therein, Officer Downing found mushrooms, crystal methamphetamine inside Altoid tins and multiple pills. This was in addition to the torch lighter already observed.  When the methamphetamine was found Mr. Roberts was asked if he intended to consume it and Mr. Roberts stated that he just might because he has a ‘wild hair’. 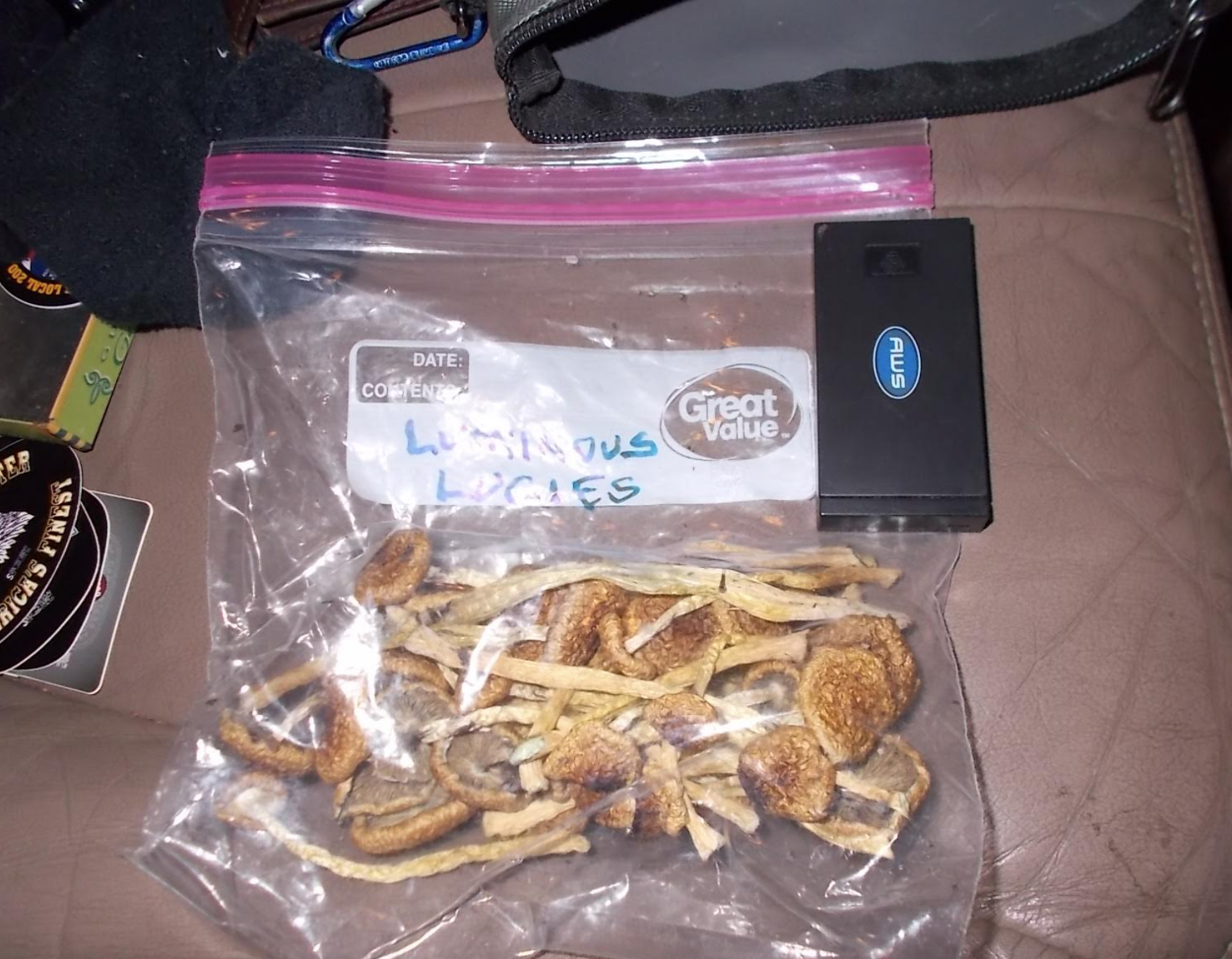 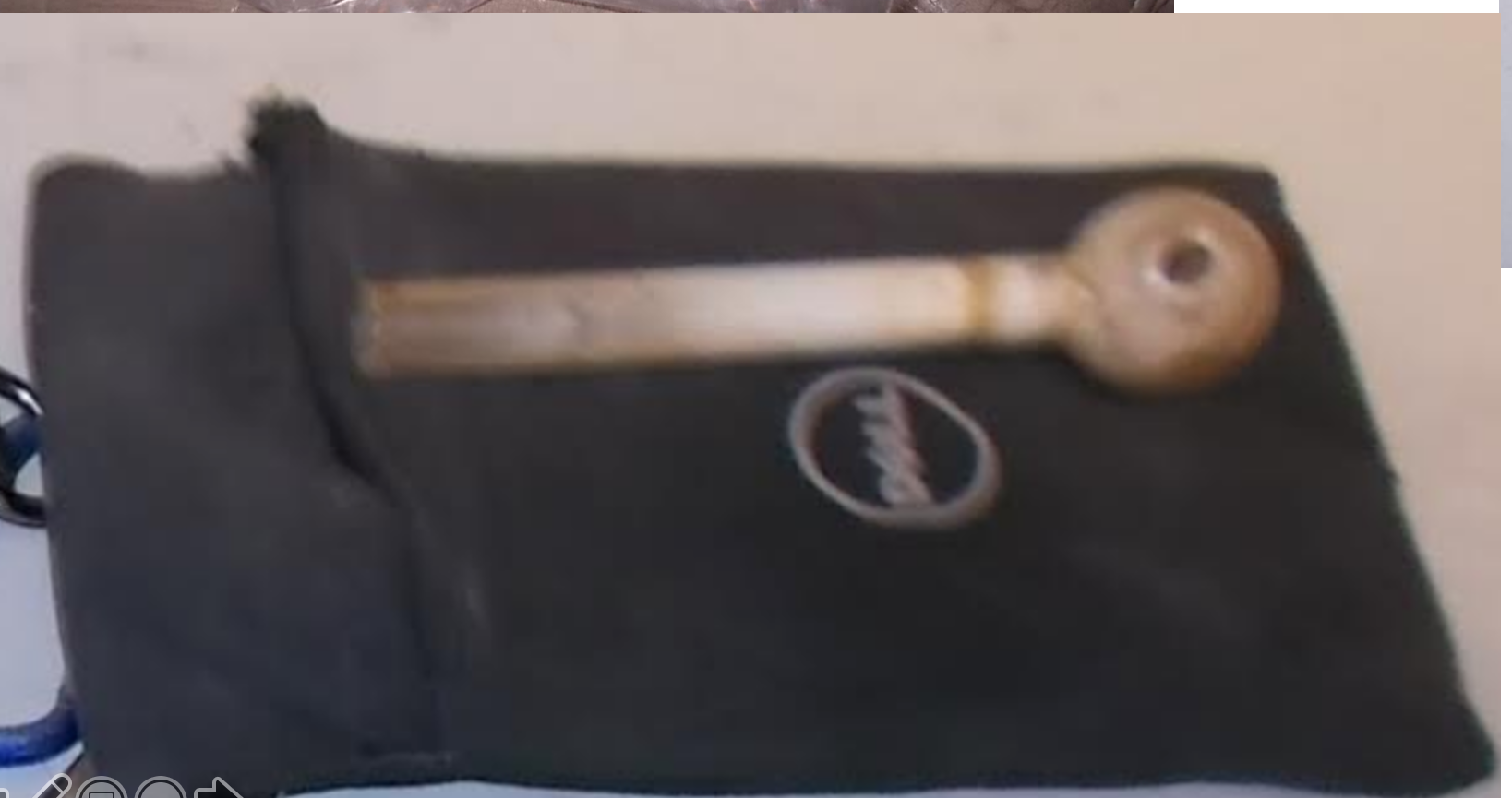 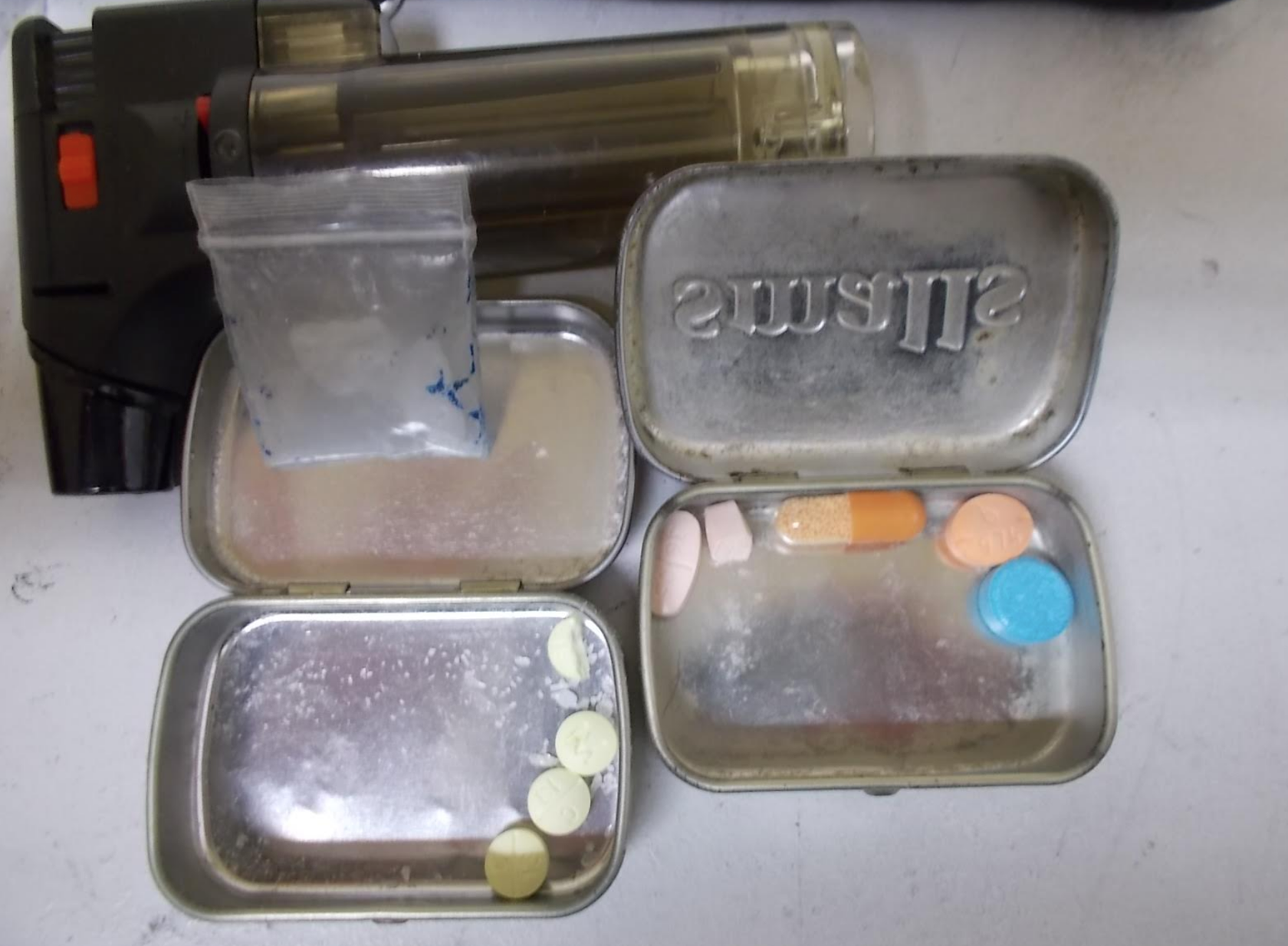 Mr. Roberts filed a Motion to Suppress which was denied by the trial court.  He was found guilty of all charges and appealed to the Fifth District Appellate Court which held; “In considering the totality of the circumstances through the eyes of a reasonable police officer, we cannot say the trial court erred in finding the stop to be warranted. Officer Downing had sixteen years of law enforcement experience and clearly testified to the trouble he personally knew was occurring in the parking lots at Taylor Square, specifically around the tree line by the Walmart and Sam’s Club. This particular area was a targeted patrol area for thefts and drugs and was his assigned area for at least a year. The subject vehicle was observed parked, backed-in, by the tree line at approximately 3:00 a.m. when Sam’s Club was closed. This parking position is a common “quick get-away type deal” so the occupants can keep an eye out for the police. After the police observed the vehicle, the vehicle pulled away. Based upon his training and experience, Officer Downing testified appellant’s behavior was suspicious; either a theft had occurred or was about to occur. Based upon all of the circumstances taken as a whole and viewed in relation to each other, Officer Downing articulated a reasonable suspicion that appellant had engaged or was about to engage in criminal activity warranting the stop.”.

Information for this article was obtained from State v. Roberts, 2020-Ohio-78, the arrest report and a phone interview with Officer Dan Downing on November 18, 2020.

Does your agency train on Investigative Detentions and the Reasonable Suspicion Doctrine?