The Officers were Packed with Professionalism

With the information before him, Officer Hershner had a reasonable and articulable suspicion that Pack was engaged in criminal activity, such as drug possession.

On Friday July 21, 2017 at approximately 4:53 p.m., Huber Heights Officer Shawn Hershner and Officer Ronald Settich were dispatched to a business located at 7215 Taylorsville Road on a report of a suspicious vehicle. The business’s owners had reported that they recently had a trailer stolen and they could see on the business’s cameras that a vehicle was parked in the back of the business. 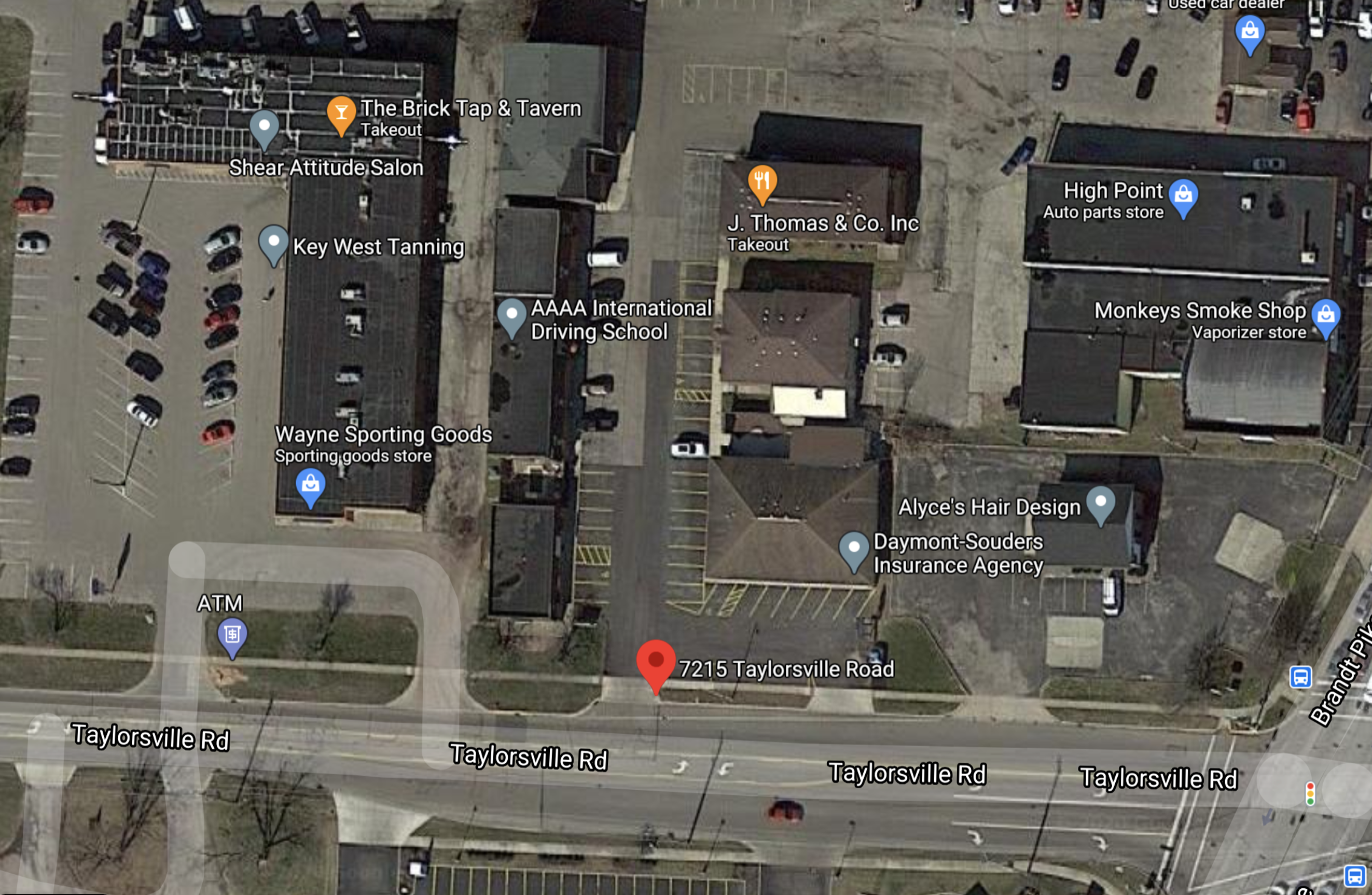 This is the parking lot where Officer Hershner and Officer Settich were dispatched.  There they would meet Mr. and Mrs. Pack parked in a U-Haul box truck eating food from Hardee’s restaurant.

Officer Hershner exited his cruiser and approached the U-Haul on the driver’s side. Mrs. Hillary Pack was in the driver’s seat, and her husband Mr. Warren Pack was in the passenger seat.    The couple’s dog was also in the vehicle. The Packs were eating food from Hardee’s. Officer Hershner told the Packs why he was there and asked what they were doing there. He testified that “they became very argumentative within the first couple of seconds of me being there.” Officer Hershner stated that he did not know the Packs but had heard about them from other officers. Specifically, Officer Hershner stated, “They’re known to have drugs on them. We — the midnight crew had just had contact with them days prior and found drugs on them in that same U-Haul vehicle.”

Officer Hershner observed the Packs’ behavior. He described them as “very erratic,” “up and down,” and “very argumentative.” He stated that, “[A]t one point, they would be nice and then the next minute they were screaming and yelling at me. And they also were sweating very profusely. It wasn’t very hot that day. * * * And I didn’t feel that there was a reason why they should be sweating that much. And then with their behavior, it felt like maybe something more was going on.”

At 4:58 p.m., approximately a minute after arriving on scene, Officer Hershner requested a canine officer respond to the scene due to the Packs’ behavior, the messiness of the vehicle, and other officers’ dealings with the Packs. Officer Hershner testified that he also saw little round clear pieces of plastic that are used to store drugs in the Packs’ vehicle.

Officer Michael Reckner arrived with his canine partner, Adu, at 5:07 p.m. At that time, Officers Hershner and Settich were trying to get the Packs out of their vehicle. After about a minute, Officer Reckner told the Packs that they needed to get out of the vehicle or they would be arrested. Both Mr. and Mrs. Pack exited the vehicle.

Officer Hershner asked Mr. Pack twice to remove the dog from the vehicle, but Mr. Pack was argumentative. When Mr. Pack did not comply with that request, Officer Reckner walked his dog around the U-Haul with the Packs’ dog still inside the U-Haul. Officer Reckner indicated that Adu was trained to conduct a free air sniff with another dog in the vehicle.

While Officer Reckner walked Adu around the U-Haul, Officer Hershner patted down Mr. Pack for safety; no evidence was obtained from this pat-down. Based on Mrs. Pack’s clothing, a tank top and shorts, the officers were not concerned about her having a weapon.

Canine Adu alerted on the back of the vehicle at 5:13 p.m. Officer Reckner informed the Packs about the alert and of his intention to search the vehicle; he asked if there was anything else in the vehicle. Mrs. Pack indicated that there might be marijuana, but she refused to provide the officers with the keys to the U-Haul. After giving her multiple warnings, Officer Reckner arrested her for obstructing official business and placed her in a cruiser. Officer Reckner had Mr. Pack remove the dog from the U-Haul. Officer Settich testified that he spoke with Mr. Pack about finding accommodations for the dog. Mr. Pack’s mother came and got the dog from the scene.

Officer Hershner and Officer Reckner searched the U-Haul. The officers located methamphetamine, among other items, in the vehicle. The officers then arrested Mr. Pack and placed him in a separate cruiser than Mrs. Pack. Officer Settich took Mr. Pack to the police station, arriving there at approximately 6:15 p.m. Another officer took Mrs. Pack to the station. No Miranda warnings had been provided at the scene.

Detective Robert Bluma was called to the police station to question the Packs after their arrests. Det. Bluma interviewed Mrs. Pack first, and then Mr. Pack. Prior to the interrogation with Mr. Pack, Det. Bluma reviewed a constitutional rights form with him. Mr. Pack orally indicated that he understood each right, and he signed the form. The interview lasted for about an hour. Mr. Pack was 35 years old and had 12 years of schooling at the time of the interview.

Mr. Pack was charged with two counts of Possession of Drugs and one count of Trafficking in Drugs.  Mr. Pack filed a Motion to Suppress which was denied by the trial court in Montgomery County, so he appealed to the Second District Appellate Court which held “Once Officer Hershner engaged with the Packs, he found their behavior to be suspicious and indicative of possible drug activity. He described them as “very erratic,” “up and down,” and “very argumentative.” Hershner believed they were sweating “very profusely,” more than the weather warranted. Hershner was aware that the Packs previously had engaged in drug activity in that vehicle, and the officer testified that he also saw little round clear pieces of plastic that are used to store drugs. With the information before him, Officer Hershner had a reasonable and articulable suspicion that Pack was engaged in criminal activity, such as drug possession.”.

Information for this article was obtained from State v. Pack, 2020-Ohio-5033.  The Second District Appellate Court issued this decision on October 23, 2020.  This decision is binding on all Second District counties: Champaign, Clark, Darke, Greene, Miami and Montgomery.  For the rest of the state this case is considered persuasive.  Though law enforcement agencies in other counties do not have to follow the decision it is considered instructive.